CROWN HEIGHTS — The Jewish Children's Museum on Eastern Parkway was temporarily evacuated after someone emailed the museum to say three pipe bombs were going to imminently explode inside Thursday morning — the second threat in the city against a Jewish center this week, police said.

The threat was emailed to the museum, located across from 770 Eastern Parkway, the headquarters of the Chabad-Lubavitch Jewish community, at about 9:15 a.m., an NYPD spokesman said.

The email said three pipe bombs had been planted inside so police evacuated everyone as they combed through, eventually reopening it to the public about 1:10 p.m. when no explosives were found, officials said.

David Shalom, the 71-year-old editor for the museum's children's magazine, said he was told he couldn't go inside when he arrived to work.

"It's concerning. You have to have faith in the almighty God. Nobody wants to live in fear," Shalom said.

"There's a big target. Thousands of Jews come here all the time," he added.

Local politicians like the state's attorney general rushed to condemn the Thursday threat.

New York will continue to stand together against those who commit these cowardly acts of hate and fear. https://t.co/TaLbk2Uvfn

Gov. Andrew Cuomo visited the museum about 11:30 a.m. and toured it with its founder, Devorah Halberstan, who created it after her 16-year-old son was killed by a lone-wolf terrorist on the Brooklyn Bridge in 1994.

"This is one of the cruelest ironies yet in this rash of anti-Semitism that we've been experiencing. This is a museum that is a monument to tolerance," Cuomo said as he stood beside Halberstan. 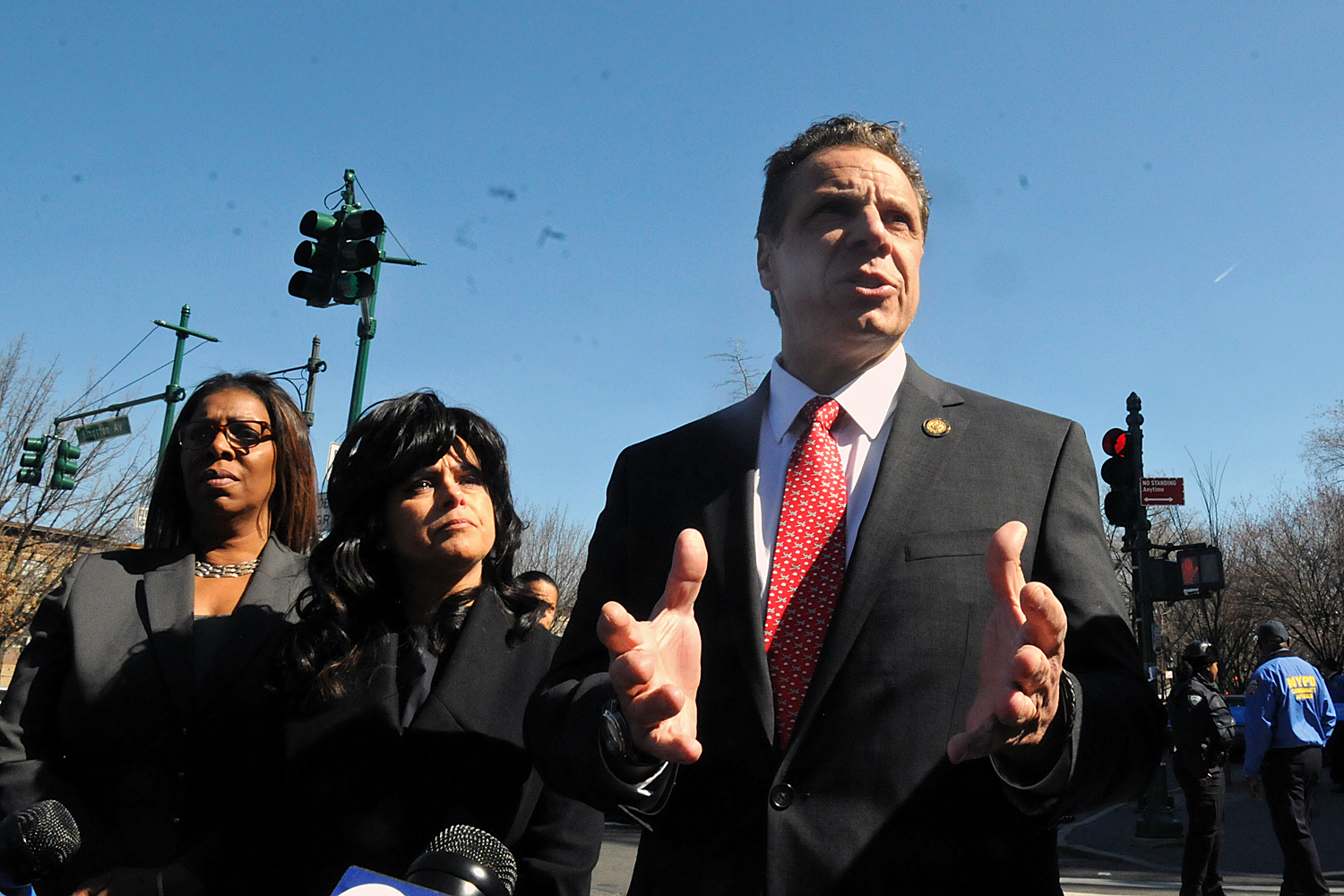 "Devorah, God bless her, felt that pain and put it into a positive place by building a museum of tolerance, saying we all have to live together. We all have to understand each other and we all have to accept one another," the governor added.

It wasn't immediately clear who was behind the Thursday threat or how it was connected to a broader rash of threats against Jewish organizations throughout the country.

On Tuesday, someone called the Midtown headquarters of the Anti-Defamation League, saying a bomb would explode there within 20 minutes, officials said.

"These are coming at an unprecedented rate," said the NYPD's Chief of Detectives Robert Boyce, during a Tuesday press conference.

Staten Island's Jewish Community Center was similarly evacuated on Feb. 27 when a threat was called in there for the second time in 2017, officials said.

A St. Louis man was arrested March 3 for calling in bomb threats to eight Jewish centers, including several in Manhattan, federal investigators said. He had also been waging a cyberstalking campaign against his ex-girlfriend, they added.

Meanwhile, hate crimes in general have spiked throughout the city, with 100 since Jan. 1, more than doubling last year's total of 47, officials have said.

More than half of those 100 crimes have also targeted Jewish people, officials said.

City councilmembers asked the city Tuesday morning to give $25 million to community centers and cultural institutions to boost security in light of recent threats against them.

"We have an obligation to do everything we can to protect New Yorkers and to protect the institutions of this city," said Councilman Mark Levine.

The incident Thursday follows a similar threat last week against the Clara Barton High School on Classon Avenue in which a caller said a bomb would explode there in five minutes, prosecutors said.

Similar threats were called into two other schools earlier that week, according to the Brooklyn Paper.

All threats reported so far in the city have been determined to be unfounded, according to authorities.