DOWNTOWN BROOKLYN — More than 20 people were busted for smuggling 217 weapons, including assault rifles, from Virginia into Brooklyn, officials announced Wednesday.

Investigators charged 24 people, including 22-year-old Aaron Perry from Bed-Stuy, with purchasing guns in Virginia from June 2016 to February 2017 and then taking a bus or driving up to New York to sell the weapons, according to the Brooklyn District Attorney's office and NYPD.

"By removing each of these guns from the streets we have prevented untold numbers of shootings or other violent crimes. In my mind, we have prevented misery and death," District Attorney Eric Gonzalez said during a press conference Wednesday. 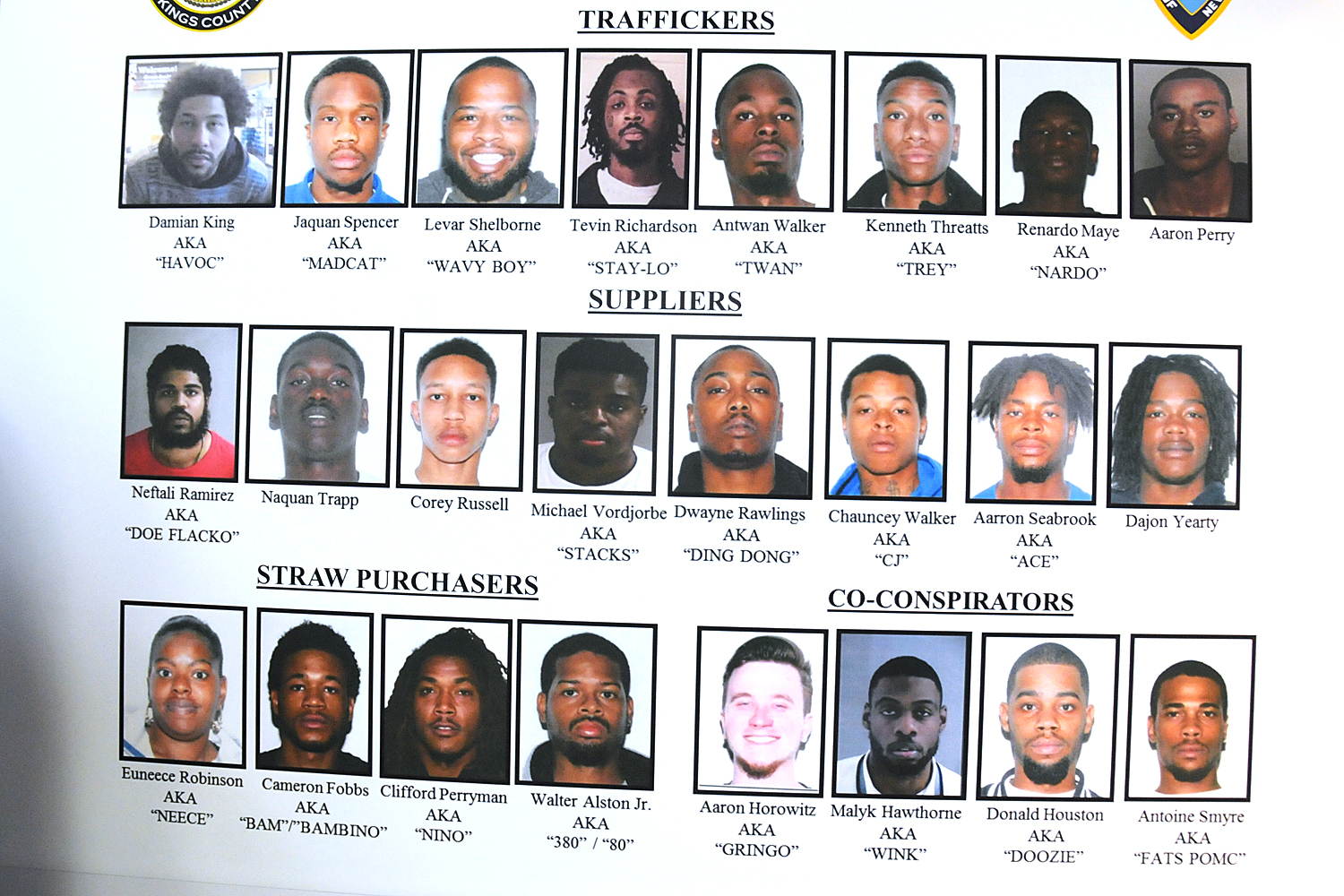 24 people, including a Bed-Stuy resident Aaron Perry, were charged with running guns from Virginia up to New York. (DNAinfo/Ben Fractenberg)

The investigation started from a tip in Brooklyn.

One undercover officer made contacts with the sellers, buying weapons including AK-47s and MAC-10s from the Virginia sellers in neighborhoods including Fort Greene, Sunset Park, Boerum Hill and Bed-Stuy, according to the DA. 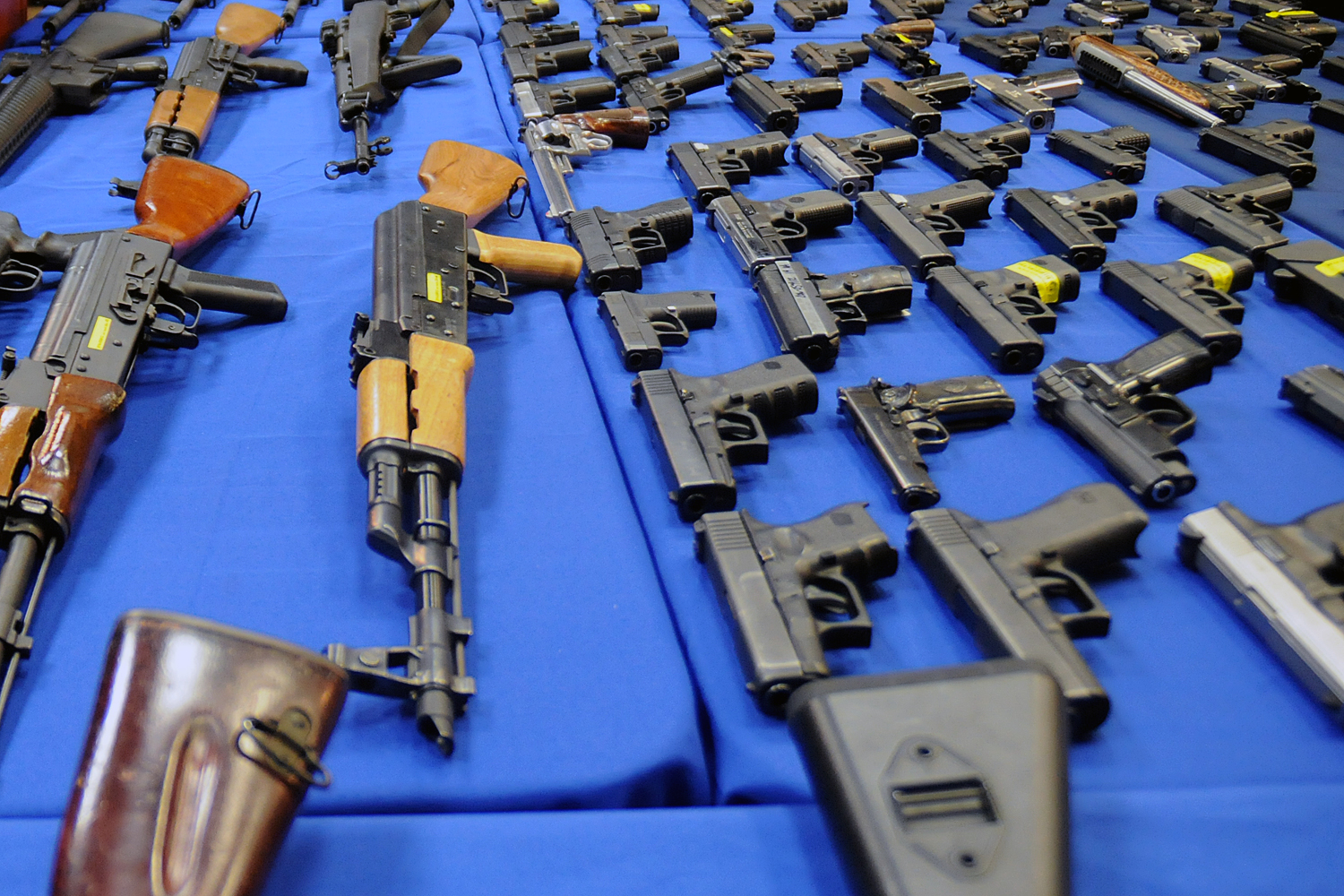 The handguns typically sold for about $1,000 and the assault rifles netted up to $2,200 per weapon, which crew members used to "pay for fancy clothes and jewelry," Gonzalez said.

Some of the guns were also sold in Perry's Bed-Stuy home.

The crew was led by Damian "Havoc" King, Jacquan "Madcat" Spencer, and Levar "Wavy Boy" Shelborne, who are all facing up to 25 years in prison on weapons sale and possession charges.

The suspects were hit with a mix of conspiracy and weapons possession charges, prosecutors said.

Most of the defendants were arrested last week in Virginia and will be extradited to Brooklyn.

Perry and Renardo Mayer were arraigned in Brooklyn Supreme Court last week and held without bail.

Euneece Robinson was also arraigned and held on $25,000 bail.

Information on the defendants' lawyers was not immediately available.