The 258,000-square-foot center at 124 E. 14th St. will include a job-training facility and flexible workspace for local startups, the mayor's office said.

The $250 million project, first announced in 2015, is being developed by RAL Development Services and was designed by Davis Brody Bond, officials said. 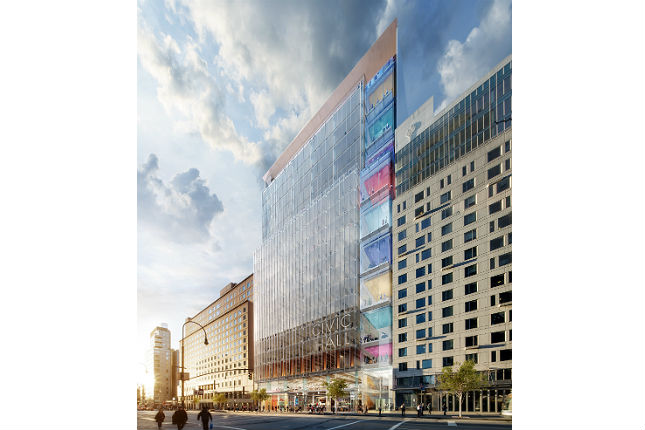 "This new hub will be the front-door for tech in New York City," Mayor Bill de Blasio said in a statement.

"People searching for jobs, training or the resources to start a company will have a place to come to connect and get support."

The project is expected to generate 600 jobs in the tech industry and 800 in construction, officials said.

There will be 58,000 square feet of flexible workspace for growth-stage tech companies, with shorter-term lease options ranging from six months to five years, officials said.

The 36,500-square-foot tech-training center will include an event space, classrooms and breakout spaces. Development programs there will be led by organizations like the New York City Foundation for Computer Science Education, General Assembly, Per Scholas, FedCap, Code to Work and Coalition for Queens.

The hub will be anchored by Civic Hall, a work and event space for community organizations, tech companies, government agencies and entrepreneurs, officials said.

Officials did not immediately say when the new center was slated to open. A manager at P.C. Richard & Son said he didn't know when the store would be closing.