Common's latest development Baltic Home, at 595 Baltic St., includes a mix of studios, one-, two- and three-bedroom apartments that residents can move in with just a suitcase, company co-founder Brad Hargreaves said.

Instead of picking roommates — except in the case of couples who want to share a room — residents are placed wherever there’s an opening. Tenants will be allowed to switch between rooms in other apartments if they want a new living situation. 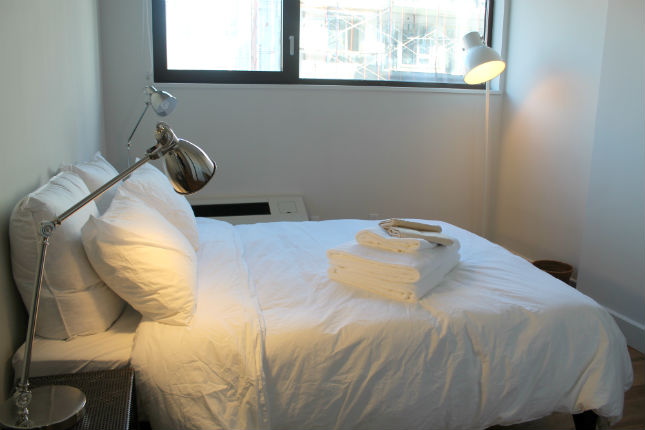 Each floor is made up of a smaller “community” of 15 to 25 people with a floor leader, who gets a discount on rent in exchange for organizing regular events for the floor. Tenants can use event spaces on each floor to play board games (which are provided) and host movie nights, and there's also a weekly potluck dinner.

All of the two and three-bedroom co-living suites, and some of the studios and one-bedrooms, will be fully furnished.

Each apartment features a washer and dryer, a Sonos sound system, television, WiFi and a balcony. Also included are bathroom supplies and an in-house cleaning service, and pets will be allowed in the studios and one-bedrooms.

The company, which currently has three other buildings in Brooklyn, aims to provide residents a “community-driven” experience without the usual problems that plague roommate situations, such as cleaning schedules and supply runs. 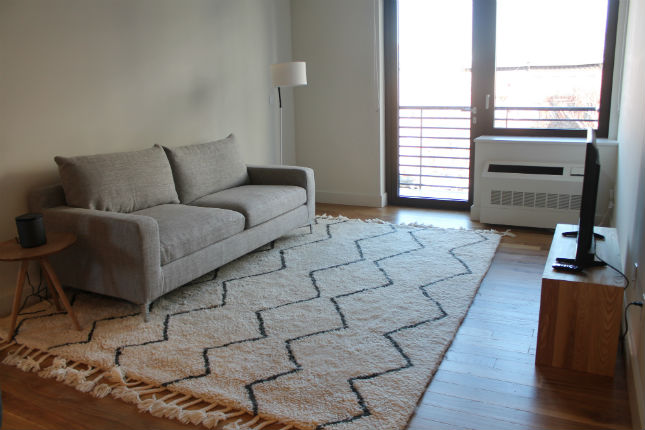 “There are a lot of challenges with living with roommates and we wanted to create a residential management company that specifically addressed those needs and created a bit of a higher touch offering that met the needs of people living with roommates,” Hargreaves said.

Common also makes it easier for those moving from overseas to get in quickly without a credit check, though international residents will still have to pass an interview, financial check and background check. 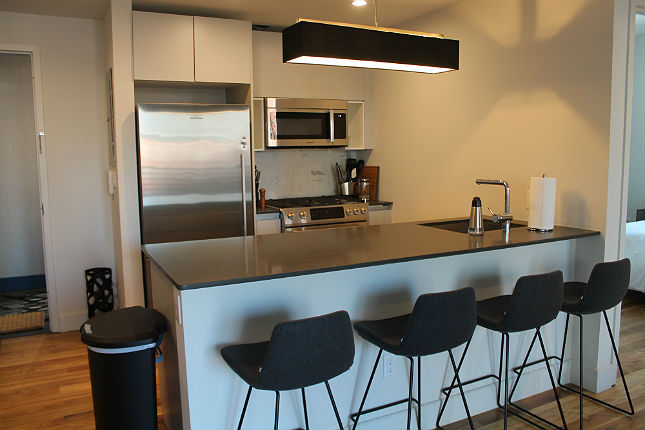 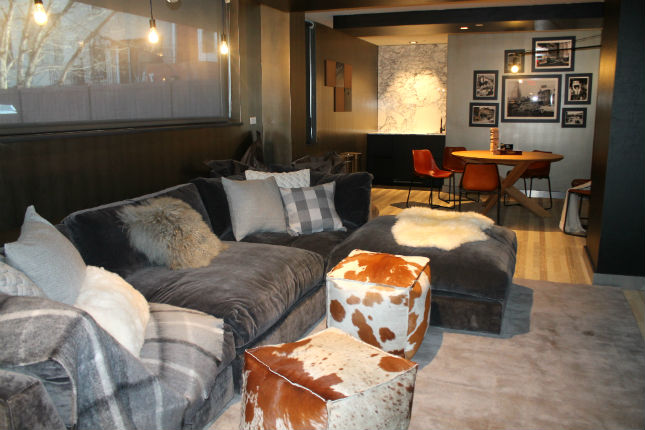 An event room at Baltic Home.

Hargreaves admitted that the co-living model “is not for everybody.”

“There are plenty of buildings out there where you can have your private space and you can be anonymous in the elevator and that’s totally fine,” he said. “But we want to create something that’s different and something that does appeal to people who want community.”

The new building opens at the end of the month and is now leasing. For more information, visit hicommon.com.