MANHATTAN — One person was injured in a fire at an NYU Langone Medical Center building after construction material caught fire Wednesday morning, officials and witnesses said.

Workers were cutting metal when a spark flew onto a roofing insulation material called "rigid board" and caught fire on the seventh floor of 560 First Ave. near East 30th Street, a vacant property that's currently under construction, about 12:13 p.m., FDNY officials said.

"There's roofing materials up there, which cause considerable amount of black smoke and construction equipment," said FDNY Commissioner Daniel Nigro.

Per #FDNY Fire Marshals: Cause of today’s all-hands at NYU Langone Medical Center was accidental, spark from cutting metal 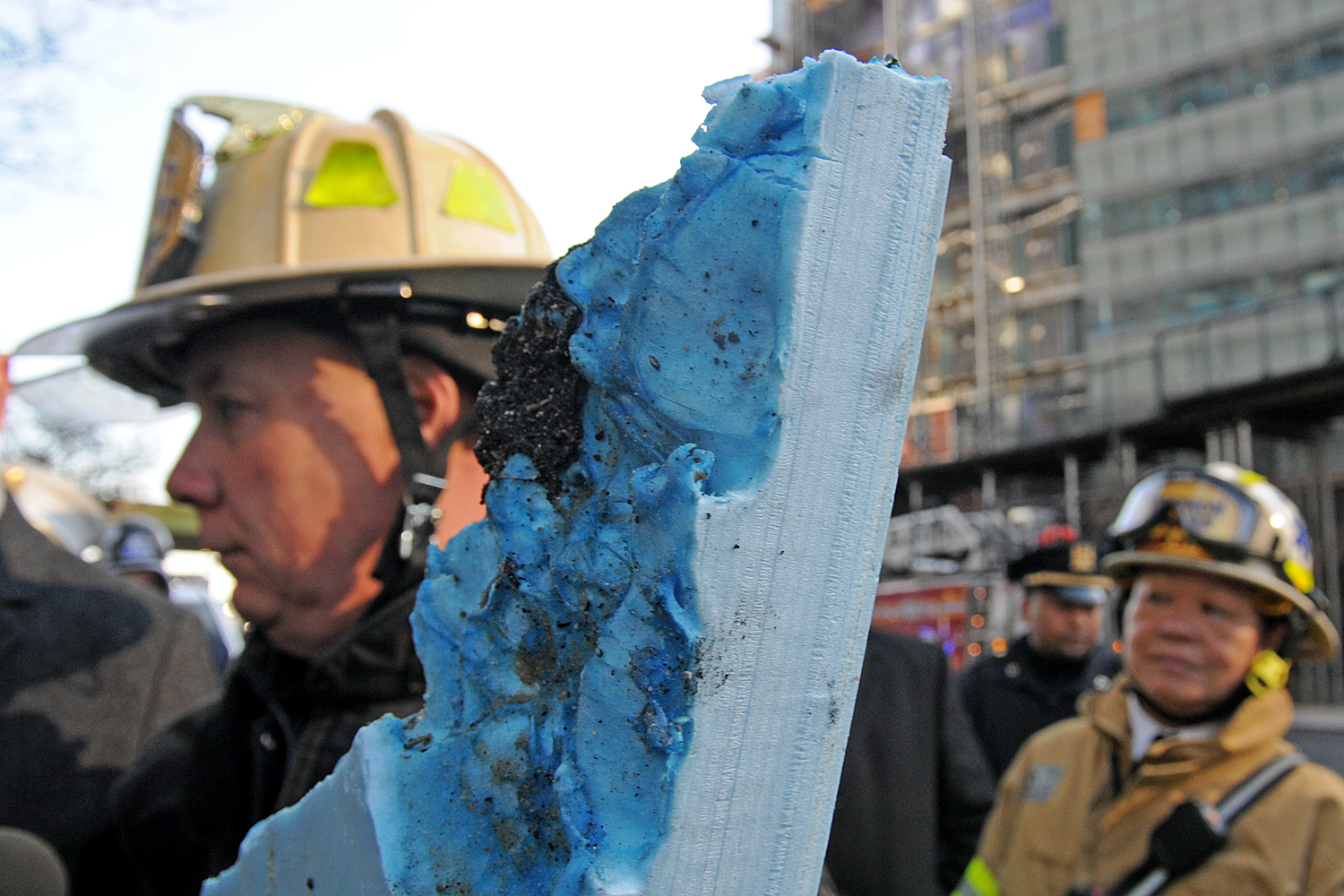 Mike Sanfilippo, 33, was working on the sixth floor when he got a frantic phone call of someone telling him, "Fire, you need to get out of there!" he said.

"Some guys were blowing air horns telling everyone to get out," Sanfilippo said.

He and the other workers evacuated, but the adjacent hospitals were unaffected, except for a few patients who were moved away from windows facing the flames, he and officials said.

"There was no concern we had to move [patients]. This fire was not in the hospital building. It was in the building adjacent to where Tisch Hospital is, which is part of NYU Langone Medical Center," said hospital spokesman Joe Lhota.

"We moved some patients on the floor away from the windows, so they weren't looking at the smoke," Lhota added.

Some smoke entered the ventilation system of the nearby hospital building, but staff stopped it from spreading by shutting off the system, officials said.

One person was treated for minor injuries at the scene, officials said.

About 106 firefighters brought the blaze under control minutes before 1 p.m., FDNY officials said.

NYU Langone has been carrying out a massive renovation to its campus, building out patient care facilities in the Helen L. and Martin S. Kimmel Pavilion and the Tisch Hospital.