CROWN HEIGHTS — Within a sea of dark blue favoring Hillary Clinton, a small section of Crown Heights went red this election season, throwing support to Donald Trump within about a dozen square blocks, an analysis of polling data shows.

The Republican-majority area corresponds with the Lubavitch Jewish community, centered around Kingston Avenue and anchored by the Chabad-Lubavitch synagogue and headquarters at 770 Eastern Parkway.

The Hasidic community has lived in the area for decades and often votes Republican, according to Yaacov Behrman, a Lubavitcher and local activist who has worked with local Brooklyn Democrats.

To him, the difference between Clinton and Trump for many in the community came down to the latter’s close ties to Lubavitch Crown Heights and his unequivocal support for Israel.

“Crown Heights believes in a strong Israel,” he said. “Even though Clinton also is considered a friend [to Israel] … his campaign pledges in terms of support for Israel are unprecedented.”

A clear connection between the Republican candidate and the Lubavitch community — through his son-in-law Jared Kushner and daughter Ivanka, who visited the Lubavitcher Rebbe’s grave last weekend, and Rudy Giuliani, who is “loved” and trusted by the Hasidic community in the neighborhood, he said — helped, too. 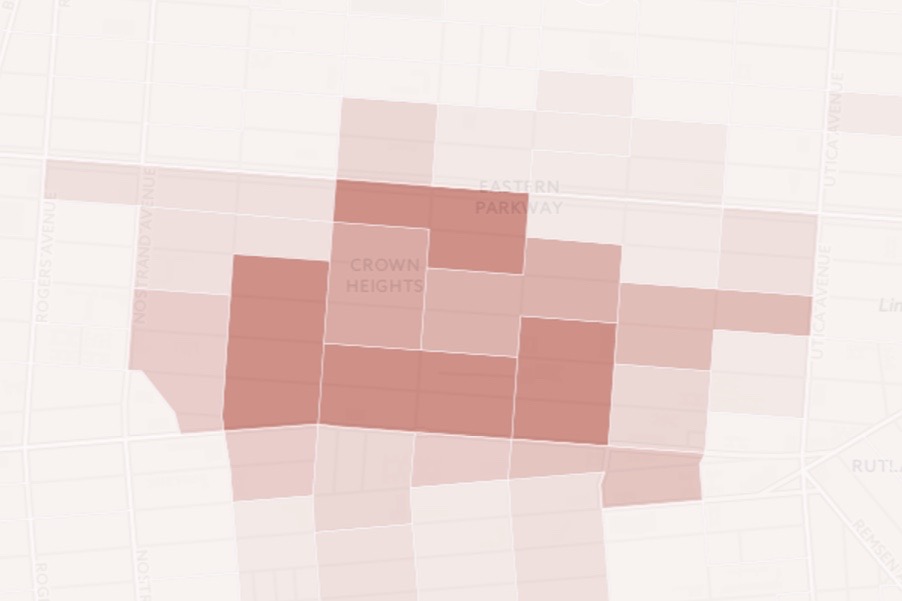 In the 24 blocks at the heart of the Lubavitch community (between New York and Troy avenues from Eastern Parkway to Empire Boulevard), Trump received a majority of the vote in 14 blocks and between 35 and 50 percent in another 7 blocks.

The outcome doesn’t surprise Mendy Raitport, a longtime Crown Heights resident and Kingston Avenue butcher who has run for local office multiple times as a Republican. He said he prayed for Trump to win not because he was a perfect candidate, but because he couldn’t imagine Clinton, who “lied to everybody again and again,” in the White House.

“Would I always vote for him? No. But at this time in history, I think he’s the best person for the job,” he said.

The returns in the Hasidic area of Crown heights are in sharp contrast to the rest of the neighborhood, where support for the Republican was nearly non-existent.

Most other election districts in the area reported single-digit returns for Trump and, on one block — between Dean and Bergen streets and New York and Nostrand avenues — not a single person voted for him; 229 out of 230 voters on the block chose Clinton, according to the data. The 230th person chose the Green Party’s candidate, Jill Stein.