7 Things We Learned About the City's First 5-Boro Marathon

The race, founded by the New York Road Runners club in 1970, transcended its humble Manhattan origins six years later, when more than 2,000 runners set off on a 26.2-mile course beginning in Fort Wadsworth, Staten Island, and ending in Central Park.

“Running through community after community was a great way to tour the city," said NYRR chairman George Hirsch, who ran the marathon in 1976, "and of course it still is — that’s why it’s the most popular marathon in the world." (Nowadays, the race caps the number of finishers at 50,000.)

Fellow 1976 race participant and former NYRR vice president Paul Fetscher agrees: "If you go to the Boston Marathon, it’s all one flavor, it’s all preppy start to finish," he said. "New York is a mosaic ... and you get to run through those neighborhoods."

Here's what Hirsch and Fetscher taught us about the Big Apple's first-ever five borough marathon:

“It was not interesting and there were very few runners,” Hirsch recalled. “Most of the people who were spectators just happened to be in the park, as opposed to people going out to see the race.”

If you go out to Central Park right now, “there are more people working out than there were runners and spectators combined” in 1971, Fetscher said. By the time the runners began their third loop, they had to dodge pretzel carts and baby carriages already clogging Central Park Drive.

It was a gadfly with few social graces, George Spitz, who devised the idea for a five-borough race.

“George was,” in Hirsch’s words, “a unique character.”

Spitz held various mid-level positions in and out of local government, but he struggled to keep any one job for long.

The New Yorker, who passed away only last year, picked up running as a serious hobby after being fired from yet another workplace in 1975. After finishing the Boston Marathon, Spitz came home with inspiration: if Boston could host a marathon on city roads, then why not New York? 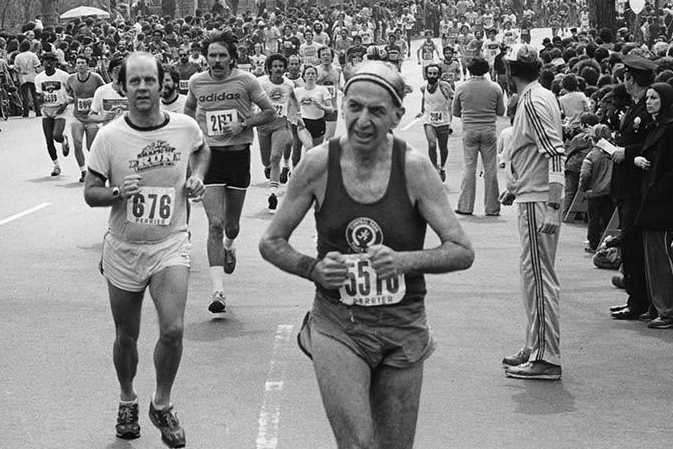 “At first, none of us listened to him,” Hirsch said of his fellow New York Road Runner officials.

The notion of closing down a metropolis as busy as the Big Apple seemed unfathomable, but Spitz persisted.

He called and convinced then-Manhattan Borough President Percey Sutton, a supporter of the Central Park race that was already in place.

Sutton persuaded the influential real estate magnates Jack and Lew Rudin to donate $25,000 to a five-borough event, and Spitz’s idea took on a life of its own from there.

”He never boasted about the fact that he came up with the idea, and that he pressed the idea… I think it’s fair to say… that [the five-borough marathon] wouldn’t have happened if just George didn’t keep pestering us,” Hirsch said.

In 1976, New York City had plans to celebrate America’s bicentennial, but it needed something else to lift its sunken spirits.

When Sutton, Hirsch and then-NYRR president and marathon co-founder Fred Lebow approached Mayor Abraham Beame with the concept of a five-borough course, he agreed to make it part of the city’s Bicentennial celebration, alongside a parade of tall ships in New York harbor. 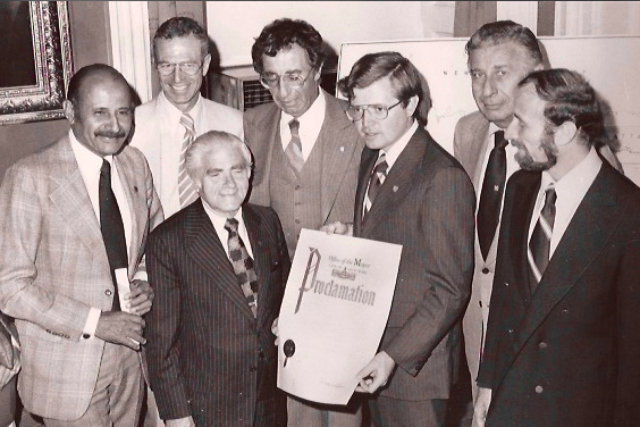 According to Fetscher, “Abe Beame needed a re-positioning of the city of New York in the mind of the nation after Ford told us to drop dead,” as a Daily News headline summarized the president’s refusal to bail out a nearly bankrupt city. “He saw the benefit of doing something big and positive and healthy for the city.”

With the mayor on board, roads could be closed and police officers installed on every street corner.

The first five-borough race raised about $50,000 in sponsorship fees. Today it collects tens of millions of dollars.

The money financed the road race essentials, including a small expo.

Said the NYRR chairman, “It was pretty amateurish compared to today’s world-class event” backed by major sponsors such companies as Tata Consulting Services and the athletic shoe retailer Asics.

The first year, the course ran up the East River Esplanade instead of First Avenue in Manhattan, and it barely skimmed The Bronx.

After crossing the 59th Street Bridge, the marathon route went north along a narrow path between the FDR Drive and the East River.

”Beginning in the second year, [NYRR president Lebow] realized he was missing a big crowd opportunity,” Hirsch said, “so now the race ... turns right up First Avenue and it’s just like running into a stadium of noise.”

The race has also expanded its foothold in The Bronx since its inaugural year.

In 1976, it crossed the Willis Avenue Bridge into Mott Haven and folded around a lamppost to return in the opposite direction.

“I remember that I and the others grabbed the lamp post,” Hirsch recalled, “so we could immediately do a 180 turn.”

In 2016, runners will continue along Willis Avenue and turn left on Riders Avenue.

The man who won the first five-borough race had his car towed while he was running.

While Boston Marathon winner Bill Rodgers was out on the course, beating 1972 Olympic gold medalist Frank Shorter with a time of 2 hours, 10 minutes and 10 seconds, the city was towing his illegally parked car. 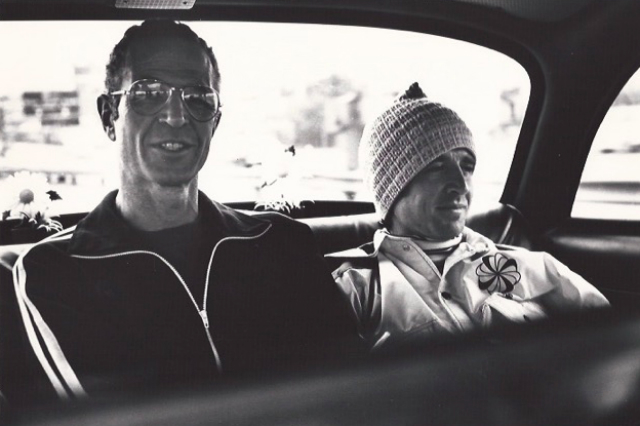 Lebow offered to pay the $90 it would cost to retrieve it.

A huge success its first year, the race set a precedent for urban marathons across the globe.

Race organizers and city officials held no meetings to discuss the future of what was deemed an “instant hit” after Oct. 24, 1967, Hirsch said. The assumption was that it would continue to be a five-borough event.

“Forty years later, virtually every major city in the world has now replicated it: London, Rome, Paris, Moscow, Shanghai, Tokyo, you name it — all have big city marathons and it really began with New York,” said the NYRR chairman.