But where, exactly, will those bike sharing stations go?

The Department of Transportation is figuring that out, taking input from residents at a Citi Bike workshop last week and doing outreach at busy neighborhood intersections, including Franklin Avenue and Eastern Parkway.

A first draft of station locations will be presented to local community boards a couple of months from now, the DOT said. But here’s what we know so far about how Citi Bike will grow in the neighborhood: 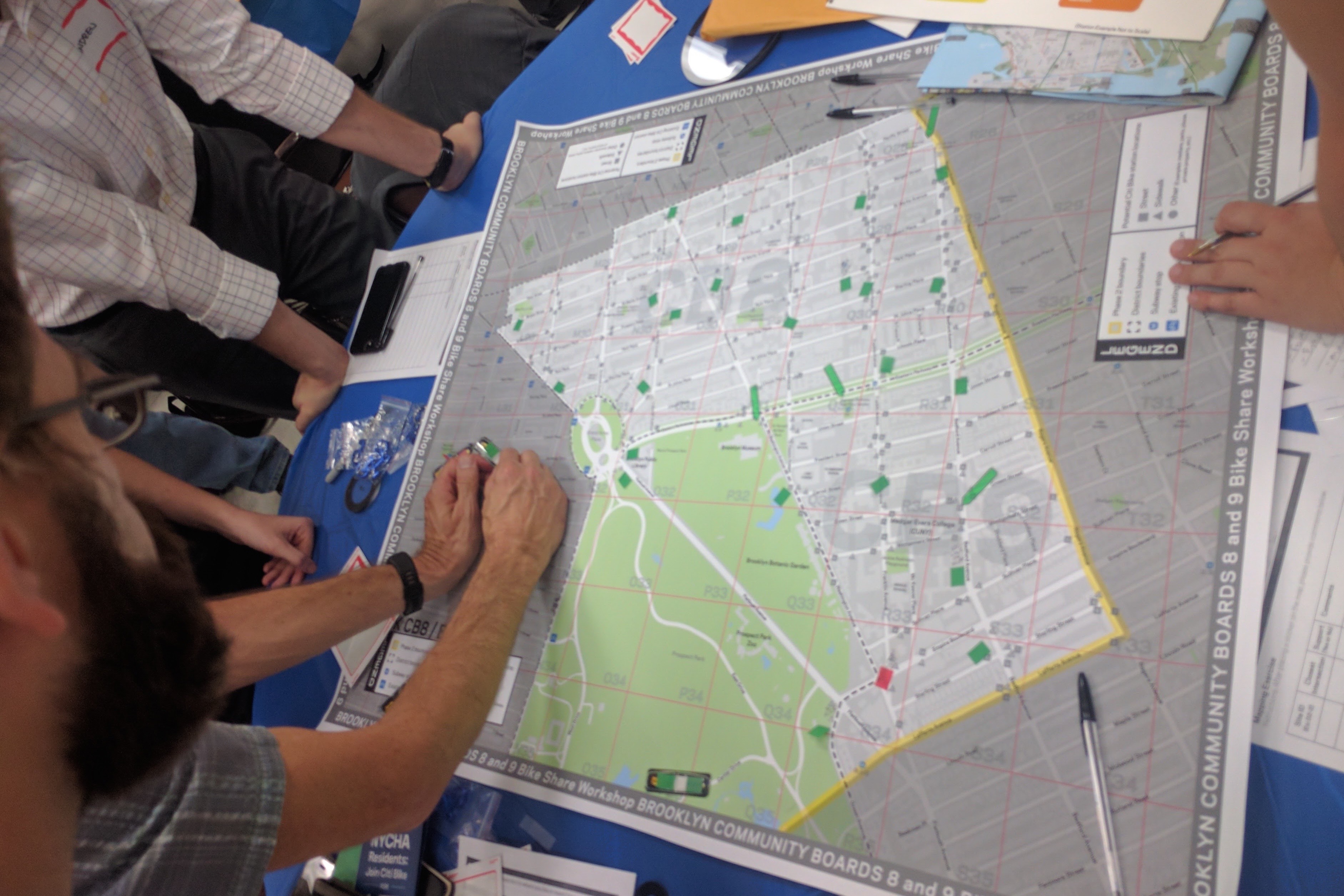 Participants in last week's DOT workshop place green stickers where they'd like to see a Citi Bike station on a map of potential locations for the bike share in the Crown Heights area. This map was one of about eight at the meeting last week where locals could propose station locations. The green markings are suggestions only, not proposed sites. (Photo credit: DNAinfo/Rachel Holliday Smith)

► Docking stations will be placed up to Rogers and Lefferts avenues.
The expansion is located in Community Board 8 and 9. But not all areas of those districts will get bike docks; currently, the eastern boundary of the Citi Bike expansion is Rogers Avenue and, to the south, Lefferts Avenue in Prospect-Lefferts Gardens, according to DOT maps. To the north, stations will extend to Atlantic Avenue where they will meet with the existing Citi Bike stations in Bedford-Stuyvesant.

► It’s going to take some time to finalize the plan.
Using input gathered from community members, the DOT will make a draft plan for the Citi Bike locations in the next two to three months, then present that to the community boards. From there, they will review any new input from the community about the proposed locations and use it to make a final draft.

► Stations will replace some car parking.
Some Citi Bike stations will go in plazas or on very wide sidewalks without affecting on-street vehicle parking. But where the bike docks replace parking, about five car spots will disappear, the DOT said. Parking is at the heart of a heated debate over Citi Bike stations in Park Slope and Carroll Gardens — the location of the most recent bike share expansion in Brooklyn — where hundreds of residents showed up to a packed meeting on the subject last week.

To find out more information about the expansion or to suggest a Citi Bike location online, visit the DOT’s bike share website.