See Designs for the New Statue of Liberty Museum

Officials unveiled designs for the new 26,000-square-foot Statue of Liberty Museum during a groundbreaking ceremony Thursday.

The new museum — which replaces a significantly smaller museum that sits inside Lady Liberty's pedestal — will be a freestanding space across from the iconic statue, made to blend into the nature of the parkland, officials said. 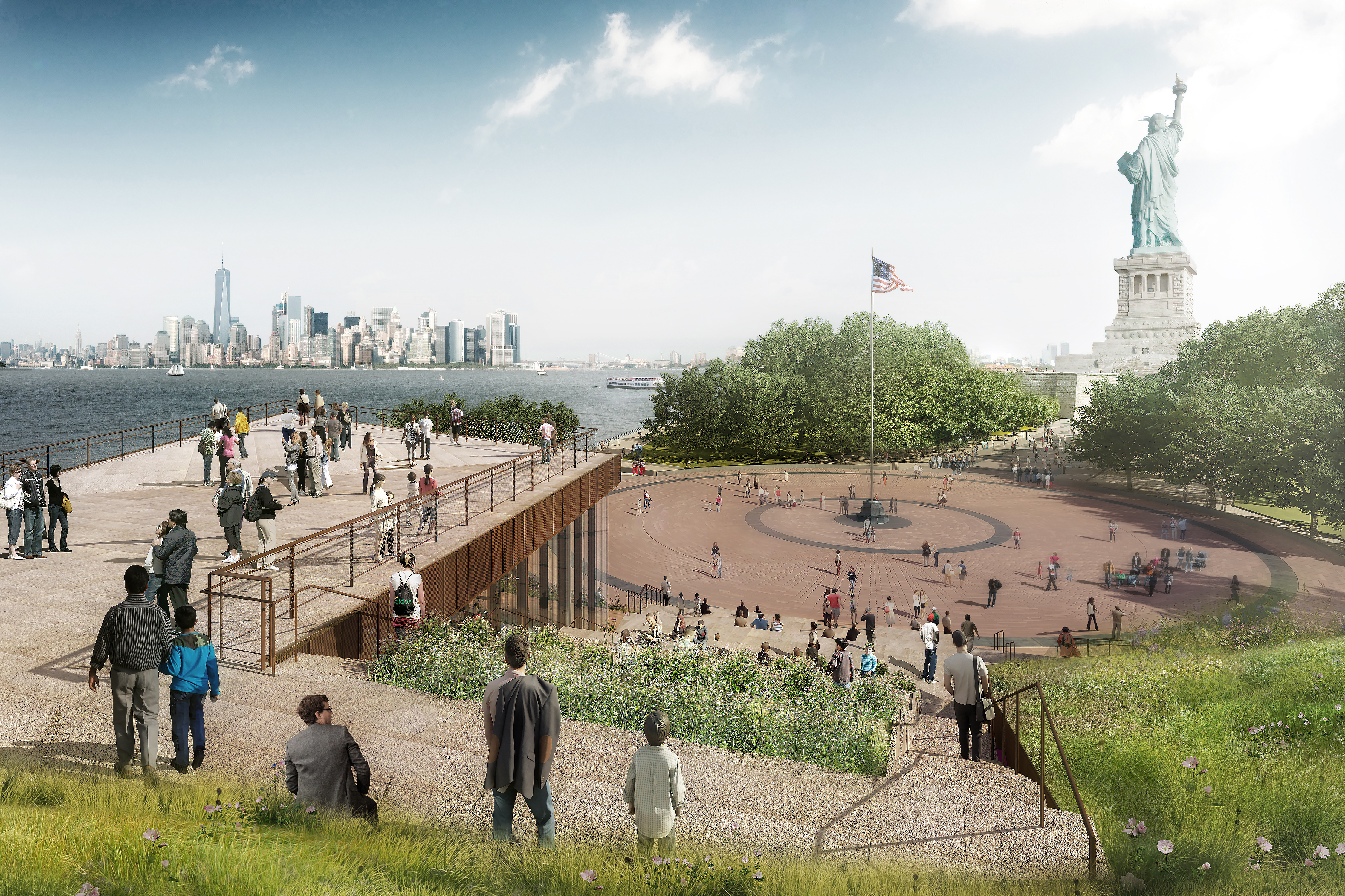 The new museum will have a grassy roof, offering sweeping views of Lady Liberty and the New York Harbor. (Rendering Courtesy of Statue of Liberty-Ellis Foundation)

The museum, set to be constructed using sustainable best practices and resilient in the face of storm surges, will feature a grassy rooftop that offers sweeping views of the Statue of Liberty and New York Harbor, officials said.

"From the start, the design of the Statue of Liberty Museum was conceived as an extension of the park," said Nicholas Garrison, partner and project designer at FXFOWLE, the firm that designed the space. "The goal was to engage with the park's formal, axial plan and respond to its spectacular setting. The island’s landscape is lifted and merged with the architecture to create space for the museum in a new geology." 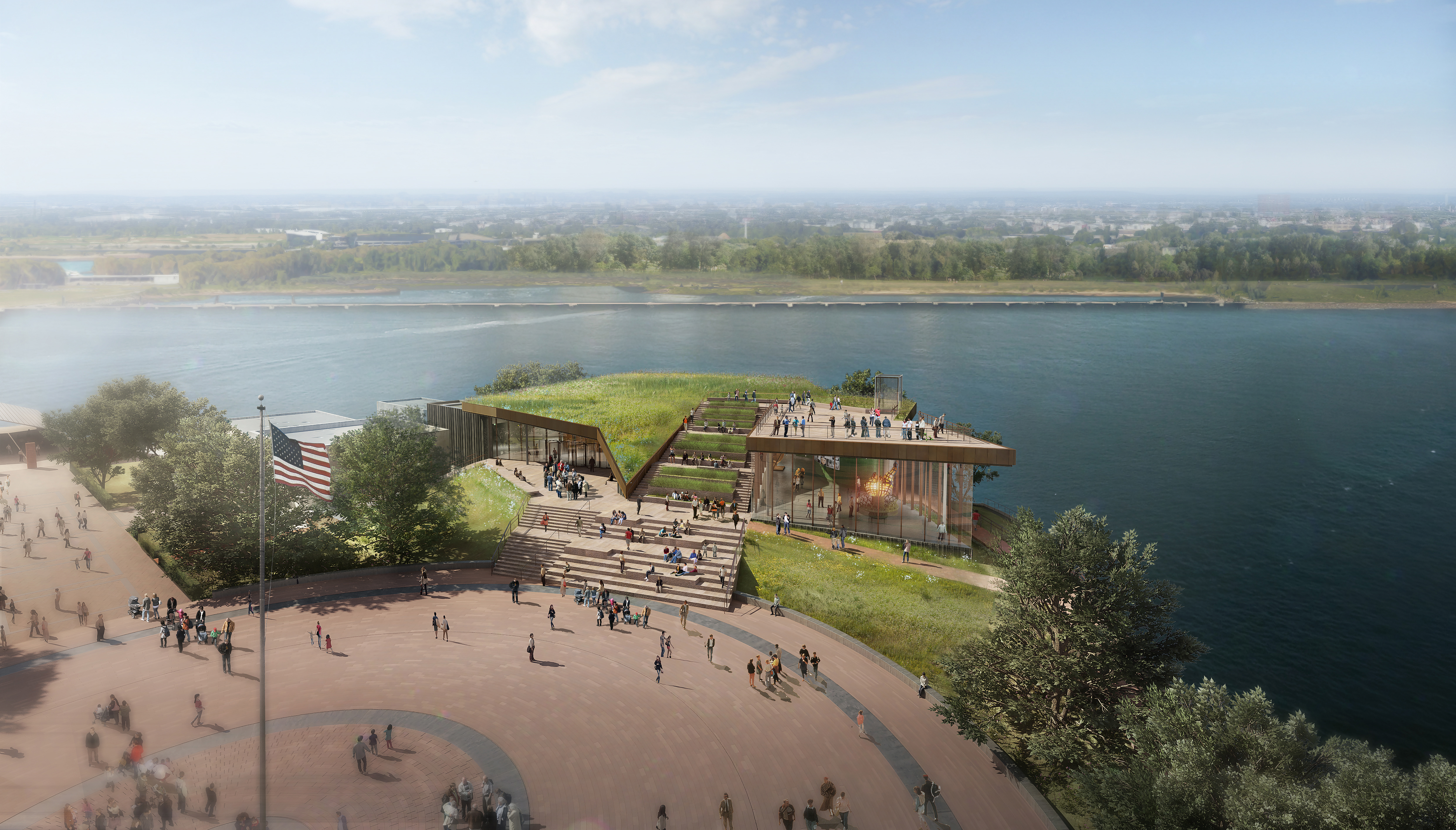 Officials said the new space will allow more than double the number of visitors to view exhibitions about the statue's storied history. About 4.3 million people take the trip to Liberty Island each year.

The museum, which will cost about $70 million to build, is being financed privately, with the help of dress designer Diane von Furstenberg, who is serving as the fundraising chair for the project.

Von Furstenberg, who's been dubbed the "godmother" of the project by the Statue of Liberty-Ellis Foundation, had the idea for a large mural made from 50 iron stars that will greet visitors at the new museum's entrance, officials said. The "Liberty Stars," evoking the American flag, will be sculpted from the original, hand-forged iron bars that supported the Statue of Liberty for 100 years before its 1986 centennial restoration.

The rest of the museum will house and display a wide selection of artifacts, including the statue's original torch, as well as changing exhibits related to the long history of the symbolic statue and its lasting meaning.

Visitors will also find an "immersive experience" as they walk into the museum — a "virtual fly-through" inside the monument that includes the story of Lady Liberty and her impact.

“With state-of-the-art exhibitions and iconic artifacts including the Statue’s original torch, the new Statue of Liberty Museum will ensure that future generations know, understand, and appreciate all that Lady Liberty represents in America and around the world,” said Statue of Liberty National Monument and Ellis Island Superintendent John Piltzecker.