MANHATTAN — It’s no secret that the city’s ultra-luxury real estate market is softening right now as an abundance of uber-expensive apartments rise.

While it remains to be seen how long it will take for some of these pricey properties to be inhabited, one thing is for certain: the push to build distinctive buildings has brought some incredible design to Manhattan's streetscape and skyline.

“It’s kind of a shame that there is so much concentrated in the [high-end] condo sphere,” said Nadia Meratla of Douglas Elliman Development Marketing, who is trained as an architect. “But especially as these buildings are getting taller, they’re on everybody’s realm.”

She believes part of the pause in sales in the ultra-luxury market — which is often foreign buyer-heavy — is related to the uncertainty of the upcoming presidential election, as many international buyers might want to wait things out a bit.

“The market is definitely adjusting,” she said. “The election has an impact on things. It will be interesting to see in early 2017 whether the adjustment continues.”

Here’s a short list of some of the most innovative architecture rising in Manhattan right now: 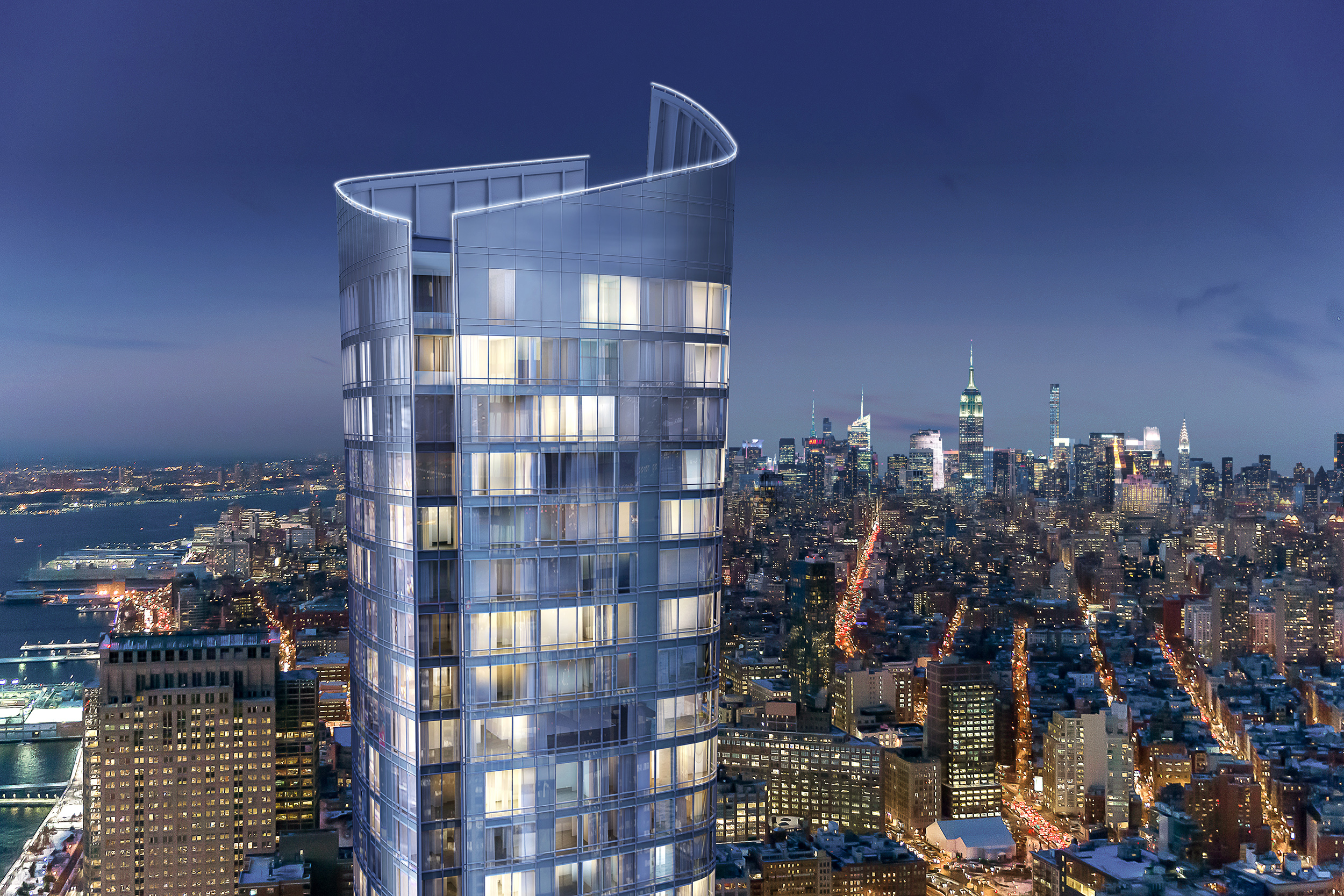 Why is this architecturally significant? The 64-story curved glass tower adds a new element to the Downtown skyline, as it expands gradually to a distinctively rounded sculptural crown the higher it rises. The building is part of a crop of “super tall” residences rising across Manhattan that uses this strategy of massing more at the top, inverting the traditional wedding cake form that many traditional buildings use, Meratla said. “It flairs upward, like a flute,” she said. “It’s interesting that real estate can be conceived to put more at the top,” which arguably commands higher prices. The building also embraces the current trend of rounded corners. 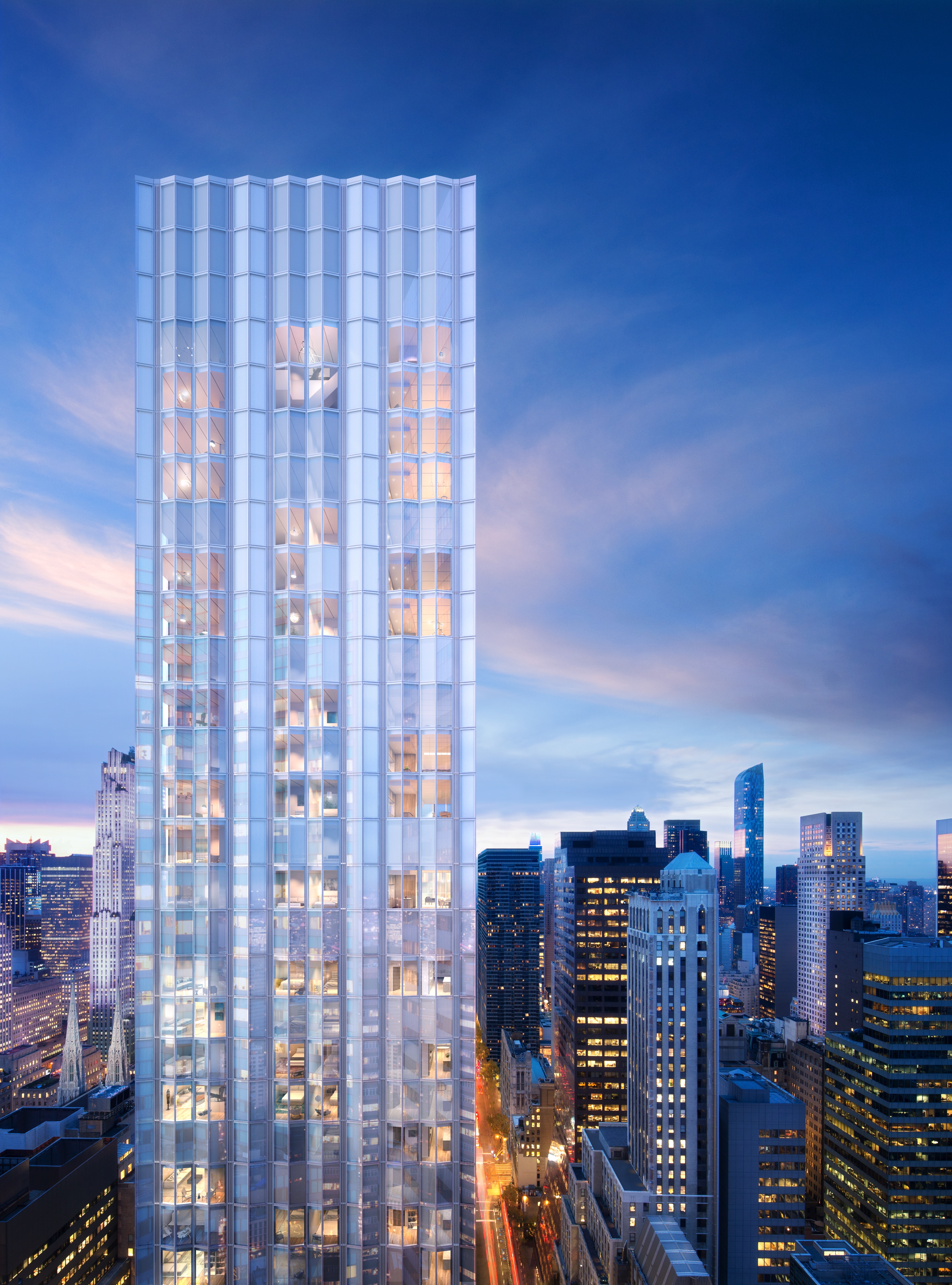 What makes this architecturally significant? Renowned architect Norman Foster’s slim, minimalist 63-story tower, with its transparent low-iron glass skin, is intended to provide a counterpoint to the bronze icon next to it, Mies van der Rohe’s Park Avenue Seagram Building. The tower is set back from its nine-story podium and will have 94 “tower homes” (with 11-foot ceilings and wide-plank oak floors drawing attention to the views) and loft apartments (with high-grade concrete floors and ribbed concrete ceilings). 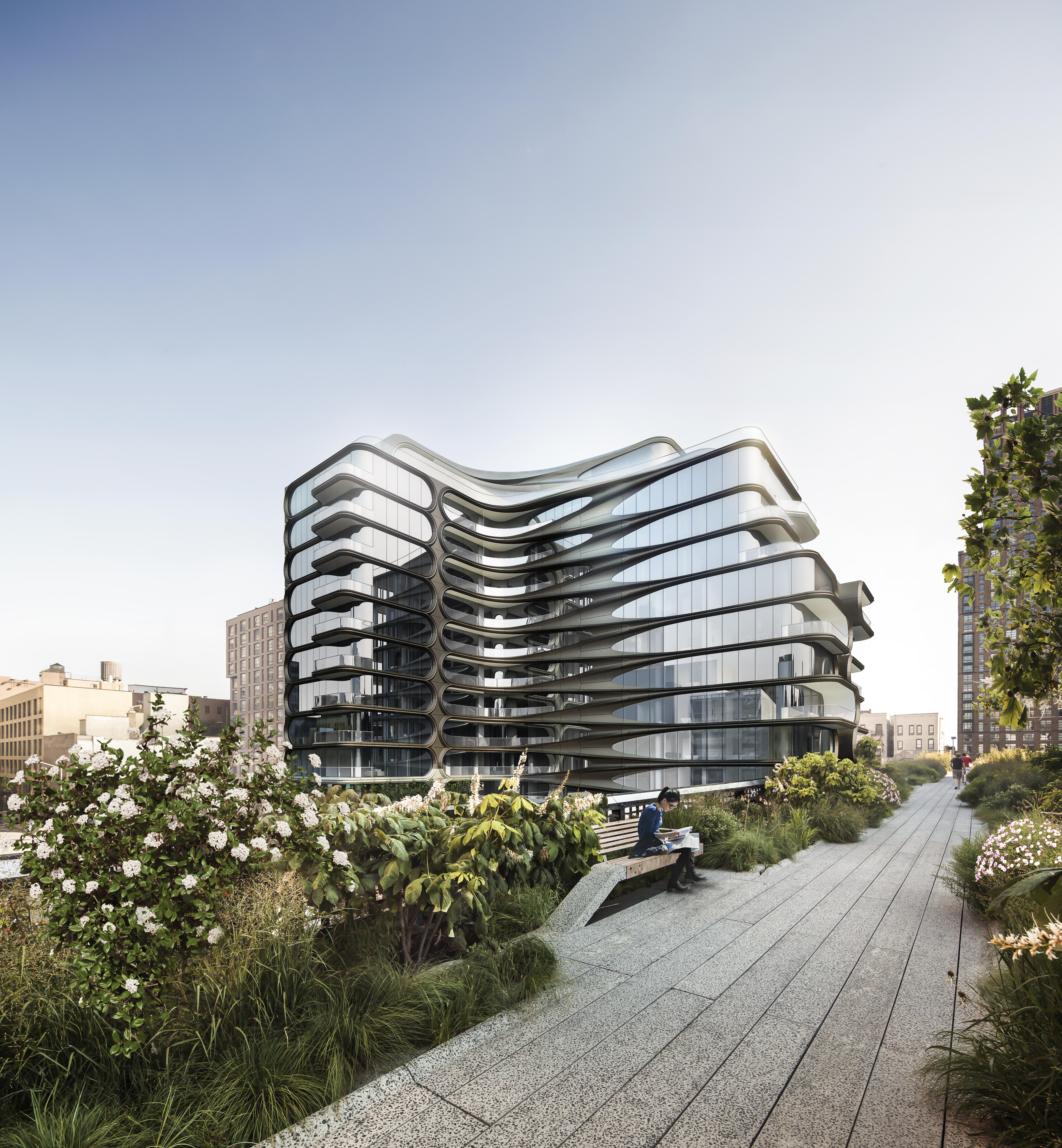 Why is this architecturally significant? The M Cohen and Sons metal factory in Pennsylvania has spent three years fabricating the 900 stainless steel pieces to create this hand-rubbed metal façade, whose distinctive metal ribbons overlook the High Line. It represents the first New York building for Hadid, the Pritzker Prize-winning late Iraqi-British architect known for her bold and graceful organic forms. The boutique condo will have 39 two- to five-bedroom units. 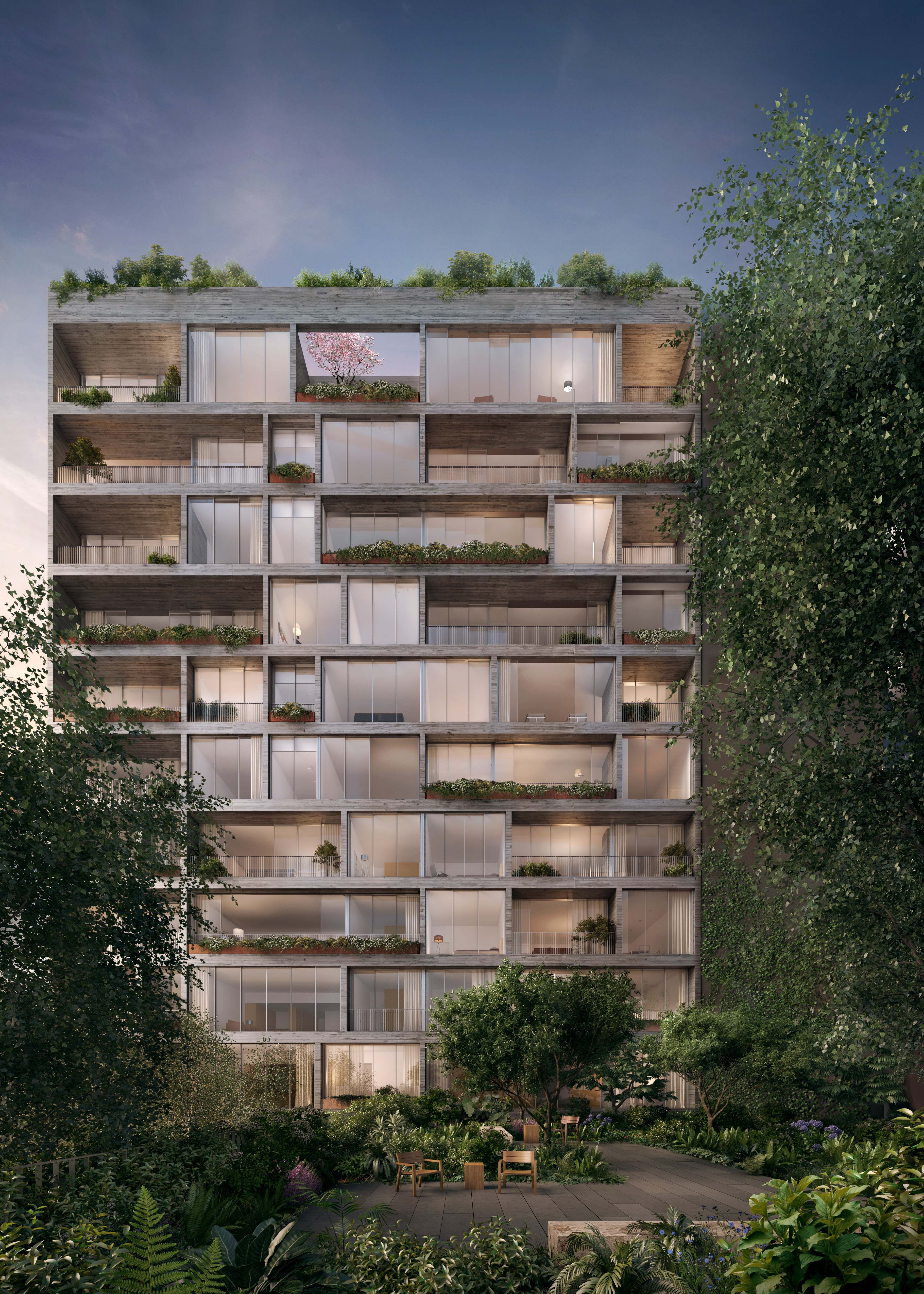 Why is this architecturally significant? This is the first New York building by Isay Weinfeld, one of Brazil’s leading architects, who collaborated with the landscape architecture firm Future Green Studio on the building’s many lush, private gardens, including the courtyard. The project’s name comes from the Portuguese word for “garden.” The 36-unit building is fairly “demure” for the High Line area, said Meratla. “It’s not ostentatious, but timeless and elegant, she added. “Jardim is more like a contemporary Dakota, where a few years from now, it will wear well.” 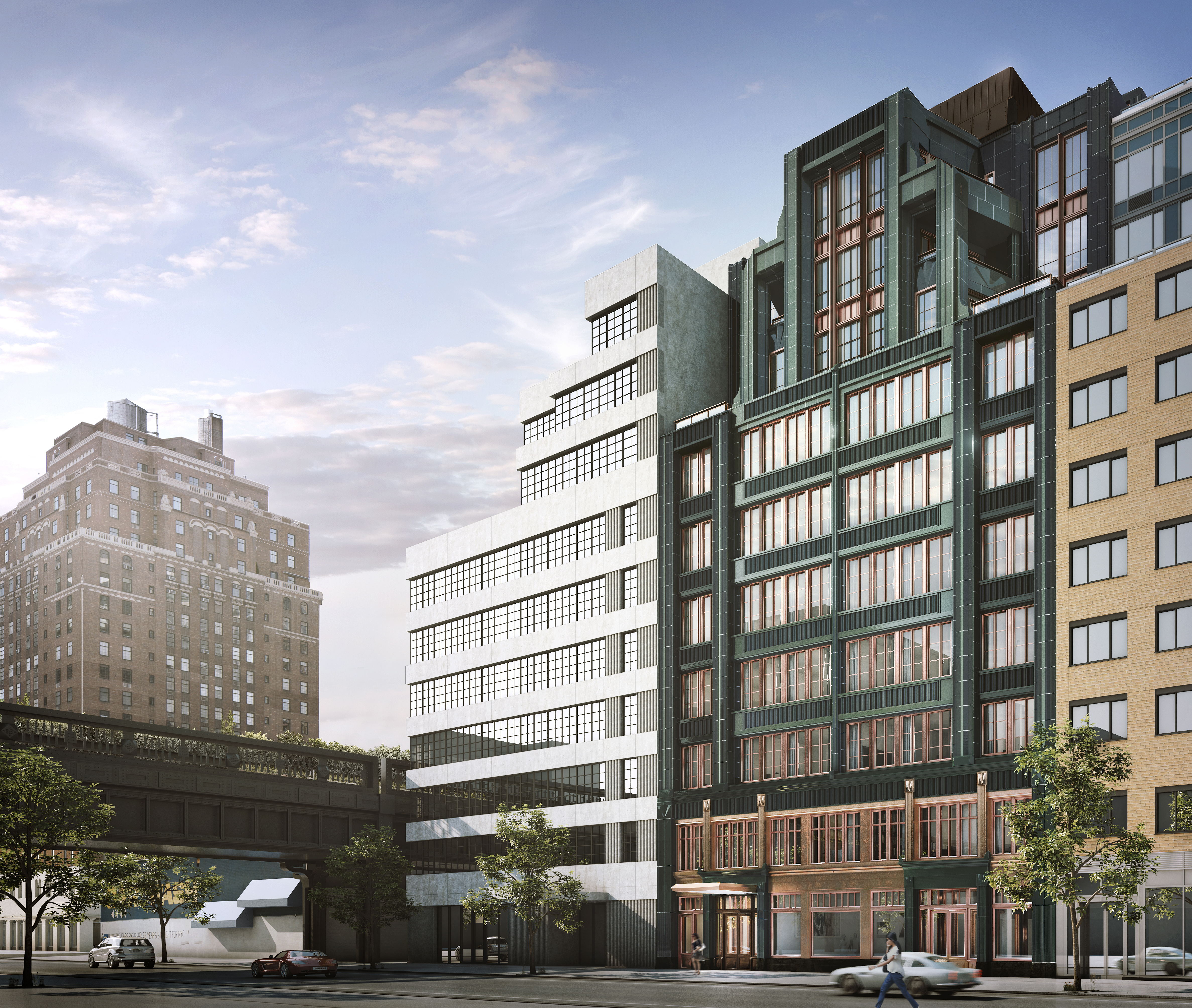 Why is this architecturally significant? The building — which will only have 14 units, each a half or full floor — nods to Art Deco architecture, bringing a classic touch to a neighborhood that’s become more defined by glassy experimentation. The façade makes a statement with its two shades of green terra-cotta tiles and copper windows. The architecture firm is led by husband-and-wife creative team and former Hollywood set designers, Robin Standefer and Stephen Alesch, who are known for their work on the Ace Hotel New York and for private homes such as Gwyneth Paltrow’s. They were inspired to look at turn-of-the-century New York for inspiration since it was a time when “beauty achieved a synthesis with unapologetic upward ambitions and optimism,” they wrote on the building’s website. 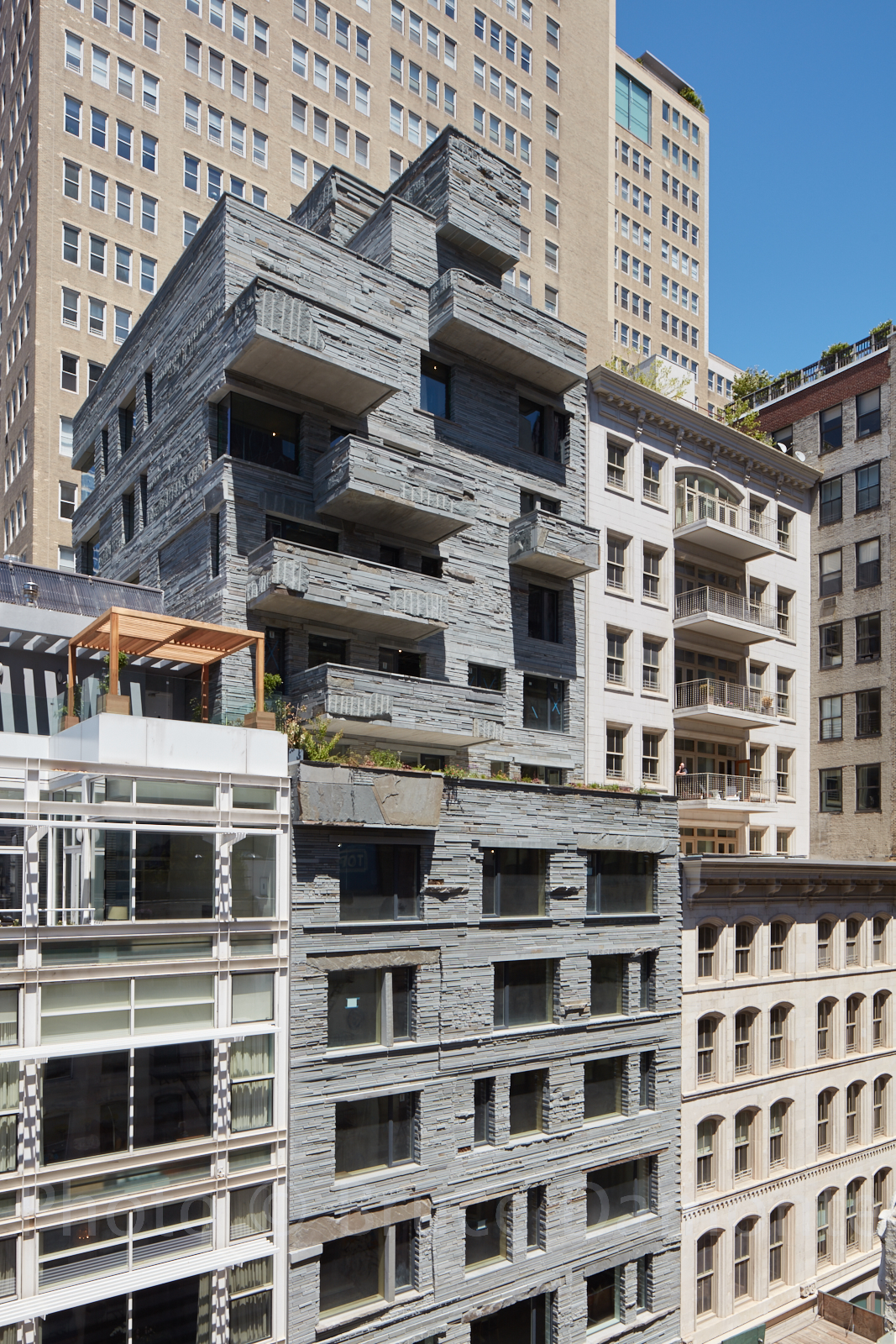 Why is this architecturally significant? The boutique condo with just 13 residences — all full floor, duplex and triplex units — is all about handcrafted details, like the hand-laid façade of rough-hewn bluestone quarried in upstate New York that stands in stark contrast to the area’s historic loft buildings or new shiny glass towers. At one point, bluestone was fairly common in the city, but is now rarely used outside of renovating sidewalks in historic districts, like Brooklyn Heights or Park Slope. The building pays homage to the city’s history of masonry craft and the work of skilled artisans. 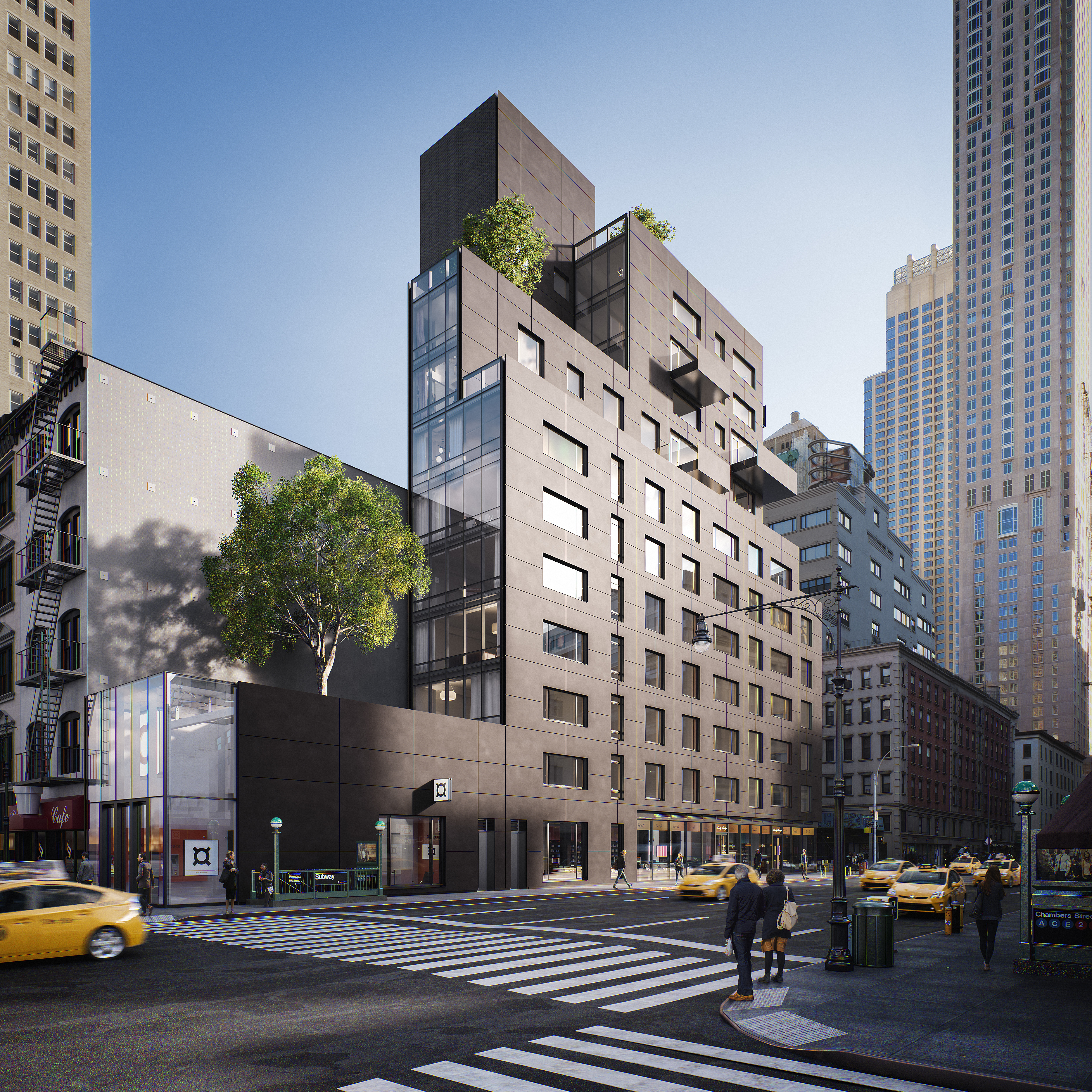 Why is this architecturally significant? Designed by French architect François Leininger of the New York and Paris-based firm, this is one of the only projects in the city to feature a rare, custom-fabricated concrete ductal façade made from textured concrete that’s light, but durable. The ductal slabs are less than an inch thick, but the innovative composition of the concrete has reinforcing high-strength fibers that makes it very strong. The stepped levels of the 23-unit building are planted with trees to add a touch of nature and have large picture windows. “The design of 30 Warren is purposely asymmetrical arranging for an intentional void,” Leininger said, “staggered floors on the west side, and a southern facade with two setbacks to take full advantage of the views of the Manhattan skyline, the skyscrapers in the Financial District and the river.” 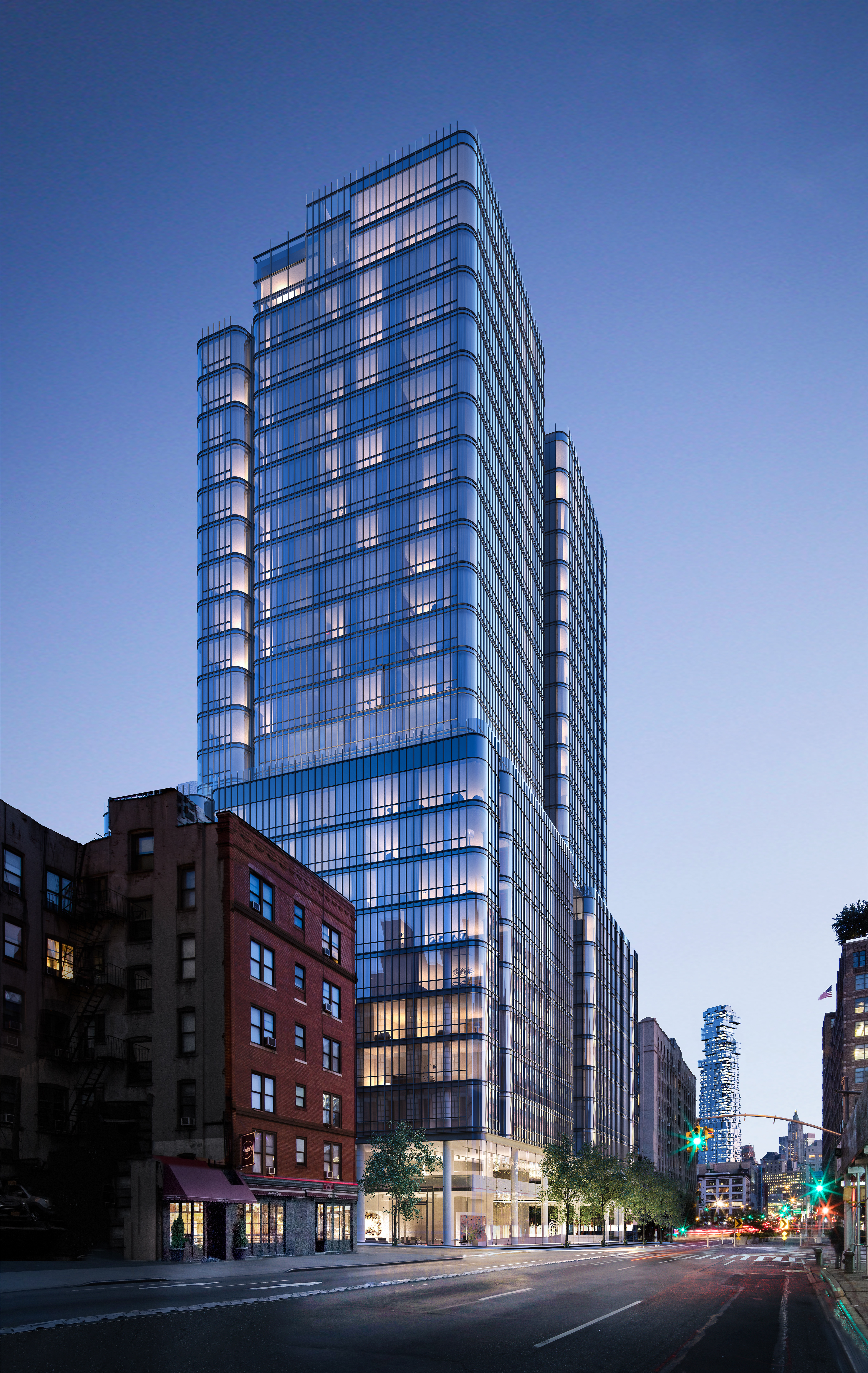 (Credit: Noë & Associates with The Boundary)

Why is this architecturally significant? Designed by renowned Italian architect, Piano, the 30-story two-spired tower has 115 residences with floor-to-ceiling windows that takes inspiration from the area’s history of light-filled SoHo lofts and its current incarnation of ultra-luxe condos. (Besides the building’s 55-foot saltwater pool, some units will have their own private saltwater pools and terraces.) “The building is very elegant with its very pure curved corners,” said Meratla. “It’s right next to the Holland Tunnel, and I think it will change the perception of that area. It’s kind of like putting an Armani suit next to the remnants of a clown costume.” Piano, who designed the new Whitney museum in the Meatpacking District, among other buildings is “in tune with New York City’s DNA, from a high-design perspective,” she added. 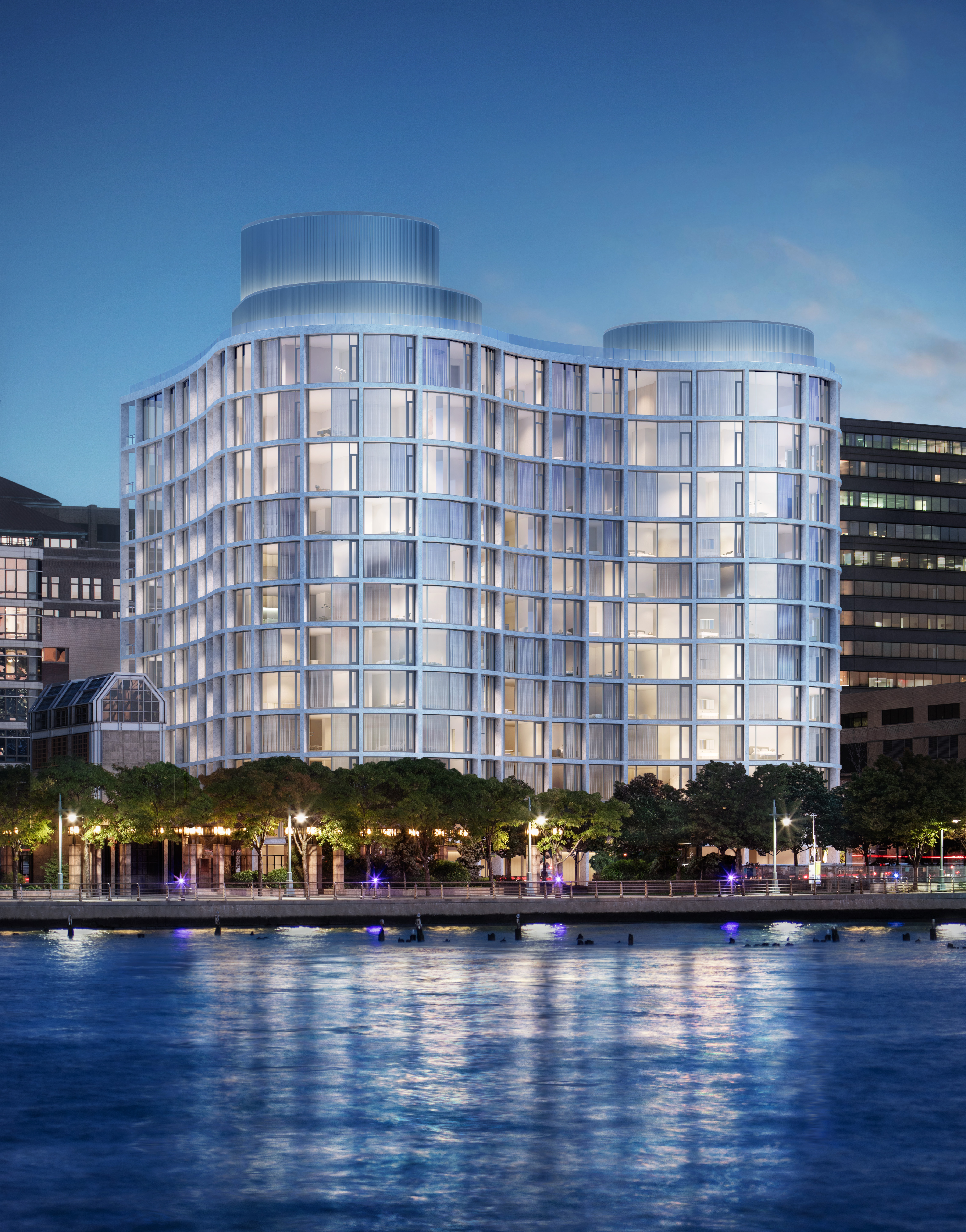 Why is this architecturally significant? Pritzker Prize-winning architects Herzog & de Meuron are making a more muted statement with this 57-unit building than the 815-foot tower they’re doing at 56 Leonard St., called the Jenga building. The curvy building was inspired by famed Brazilian modernist architect Oscar Niemeyer. Shaped kind of like a shrimp, it has an introverted perspective facing a lush courtyard with a willow tree, Meratla said. “It’s got a certain kind of romance to it. It’s poetry on every level,” she said.