8 Ways Lower Manhattan Has Changed Since 9/11

MANHATTAN — In the 15 years since the Sept. 11, 2001 attacks, Lower Manhattan has undergone an immense transformation.

What was once a neighborhood predominantly defined by finance workers which basically shuttered at night and at weekends is now — thanks to a lot of government subsidies — booming with residential development, swelling with tourists and attracting high-end retail, restaurants and cultural activities.

“This anniversary of 9/11, we are all proud how far our resilient and strong neighborhood has come,” said Sienam Lulla, a broker with the real estate firm Compass who moved to the area nearly nine years ago.

Here are some of the most significant shifts:

1. The residential population has nearly tripled since 9/11, with the number of kids growing immensely. 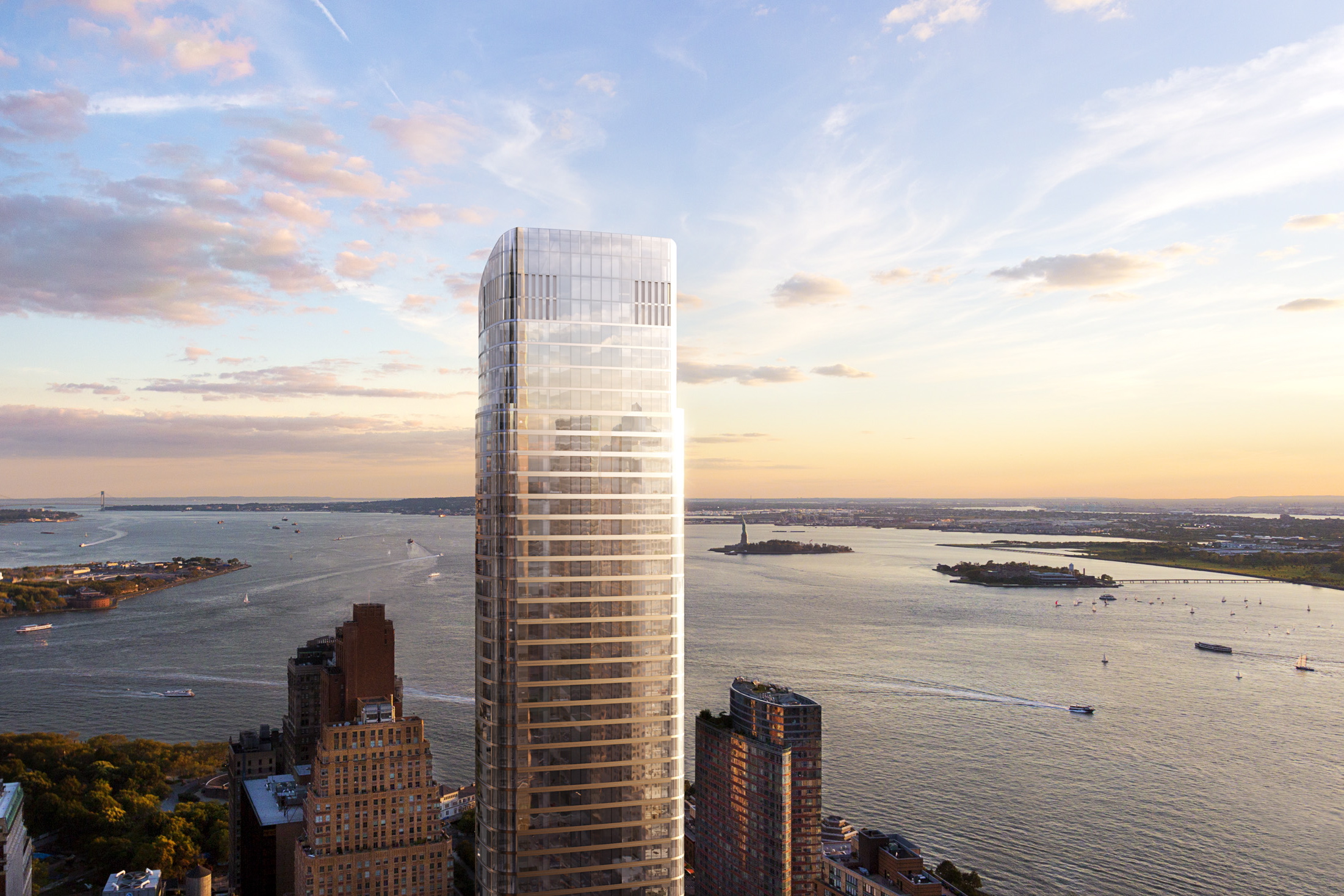 The number of residents in Lower Manhattan has grown to more than 60,000, which is almost triple what it was 15 years ago, said John Wheeler, of JLL, which analyzes real estate trends.

Some of the biggest projects in the area include the splashy 903-unit tower designed by Frank Gehry and the former AIG building at 70 Pine St.

And that number of residents continues to climb as more residential projects open — including 50 West St, 101 Wall St. and One Seaport.

The demographics of the area skews young and well-heeled.

In 2014, nearly 4,600 families with children under the age of 18 lived in Lower Manhattan. And the number of children living downtown has tripled between 2000 and 2014 — from 2,000 to 7,300, according to a recent report from State Comptroller Thomas DiNapoli. More than a third of the families had household incomes of $200,000 or more, compared with 7 percent citywide.

Lulla recalled how most of her buyers years back tended to be families who were already renting in the area and had already fallen in love with it but, this year, she’s noticed a big shift, especially from Upper East Siders flocking down to the area.

“You’re really seeing a change in buyers,” she said, noting that many of the apartment conversions from older buildings tend to have larger layouts, which is also appealing, as is the fact that many apartments cost between $1 and $3 million, which many experts say is the sweet spot for prices right now.

2. Many new schools have opened in the area. 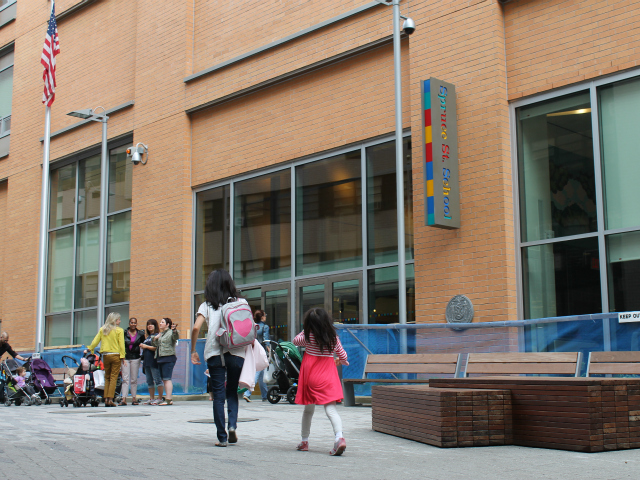 The area’s new schools are perhaps a lure for many families.

There are two new already highly-regarded public schools, the Spruce Street School in the Gehry building, an elementary school that expanded to middle school last year, and the Peck Slip School near the Seaport. There’s another school coming to 77 Greenwich that’s slated to have more than 470 seats for elementary school.

Lower Manhattan has also seen a surge of private schools open over the last several years, including the Blue School which was founded by performers from Blue Man Group, and Léman Manhattan Preparatory School.

Quad Prep — an independent college preparatory school dedicated to the education of gifted students who “learn differently” — will share a building with the Pine Street School, a Montessori-style International baccalaureate elementary school, and the City School of the Arts which is a charter middle school that claims to provide extensive enrichment programming for artistic disciplines, according to Savills Studley.

Even higher education institutions have been moving in, like NYU Law School’s Brennan Center for Justice and its Polytechnic School of Engineering’s Manhattan Programs. Cornell’s satellite of its College of Architecture, Art and Planning is also in the area. And the Institute of Culinary Education relocated to the area from Chelsea. 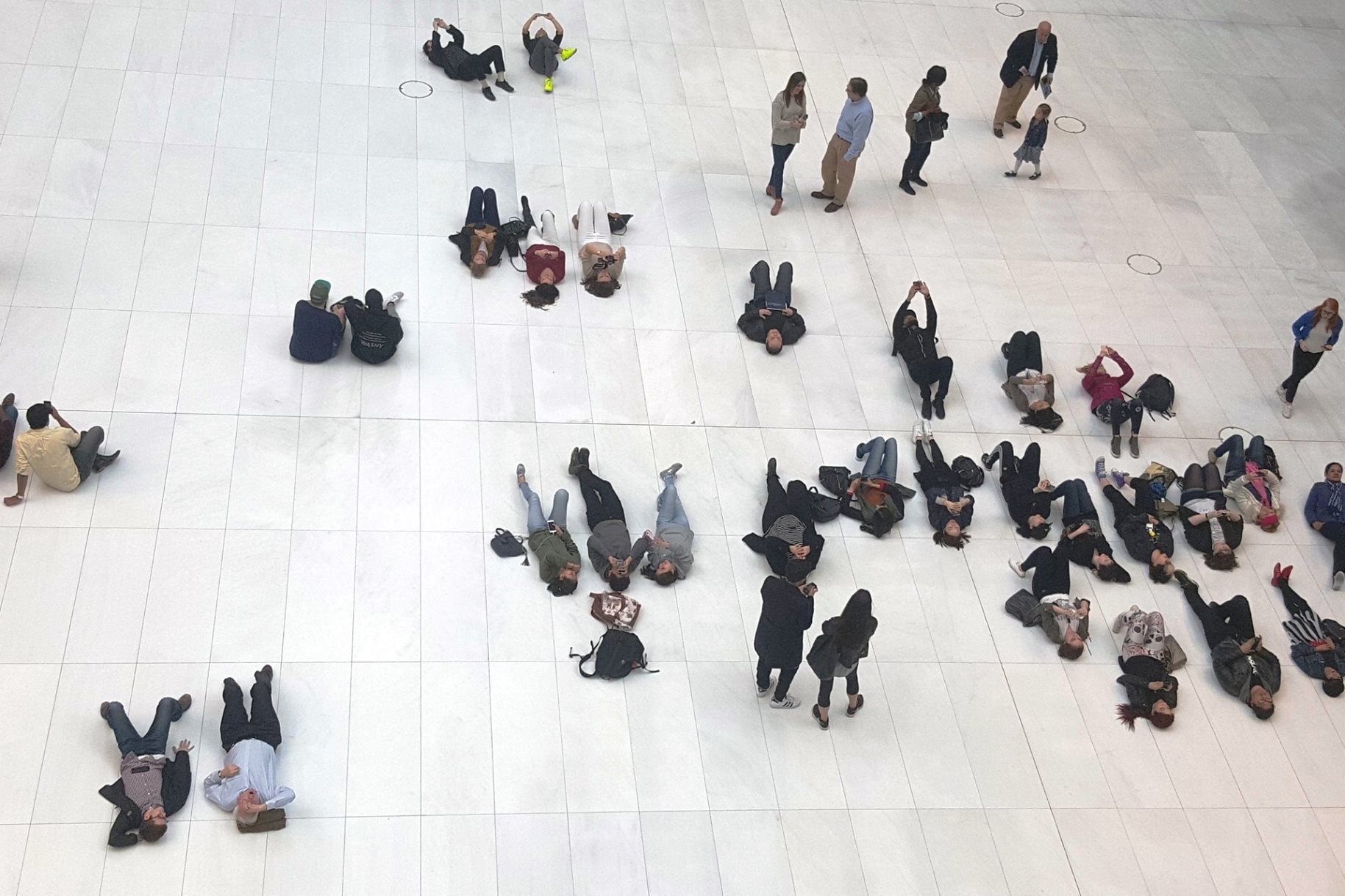 In May, a passageway opened connecting the $1.4 billion Fulton Transit Center to the controversially expensive $4 billion World Trade Center transit hub, known as the Oculus. It  linked PATH commuters to many city subway lines at Fulton Street, as well as WTC Towers 1 and 4 and Battery Park City.

4. New office space has been built, but there’s still less than what was in the area before 9/11. 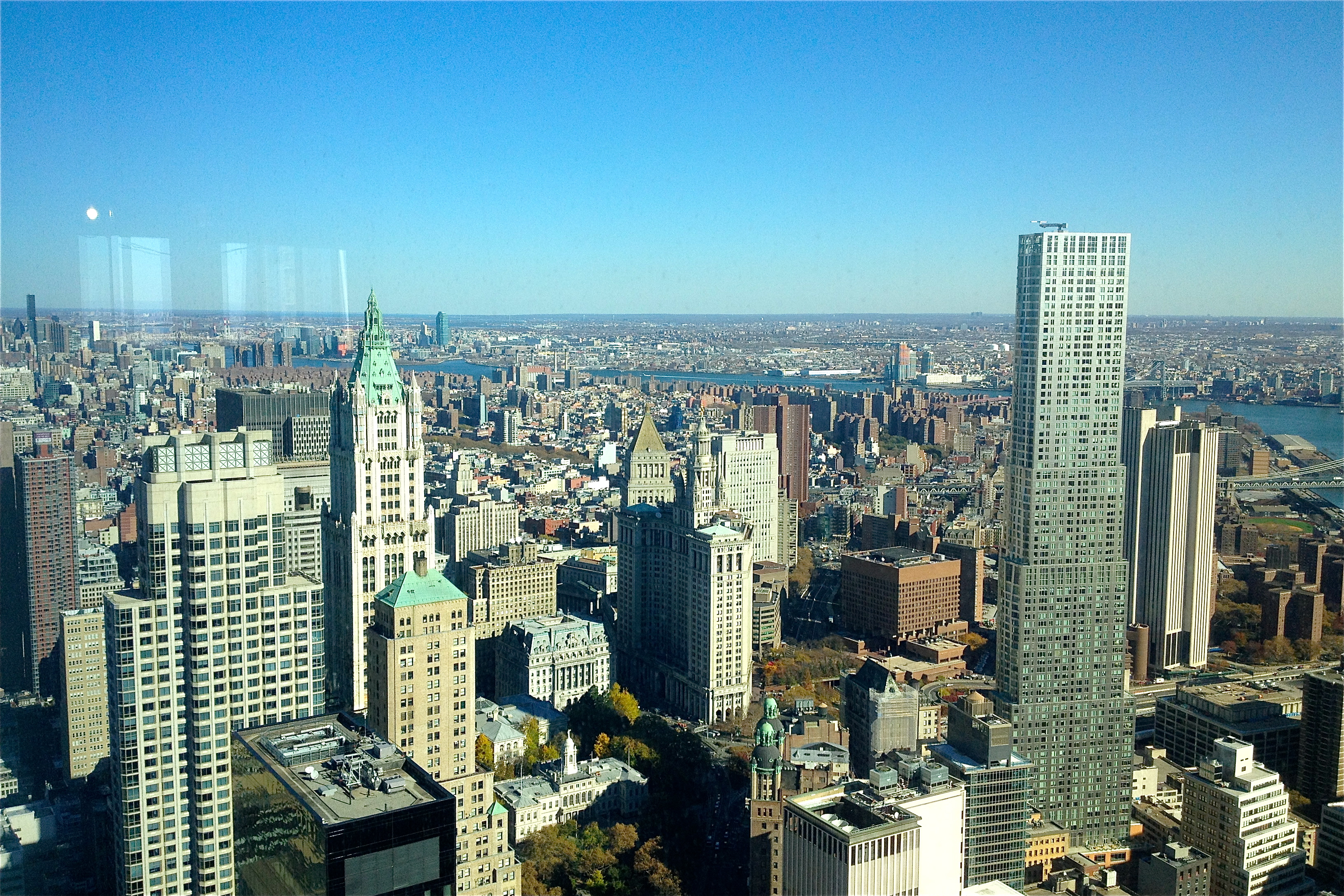 Just before Sept. 11, 2001, the area had more than 109 million square feet of office space, according to JLL Research. At that time, the overall vacancy rate was 6 percent.

Now there’s roughly 96 million square feet and much of it — like what’s in the new glossy towers at 1, 4 and 7 World Trade Center — is built for modern companies with high-tech needs, experts say.

While it’s nearly 13 million square feet less than before, Wheeler said what was once one of the nation’s oldest office markets is now one of its newest.

“There’s a strong trend of conversions of obsolete office towers into residential or hotels,” he said.

“Literally, the entire south side of Wall street, with the exception of 111 Wall — is all residential. The symbol of capitalism and commerce [going residential] epitomizes what’s going on.”

And despite having less office space, there’s a higher vacancy rate of about 11 percent, JLL found.

The vacancy rate is higher than it was pre-9/11, he noted, because there’s been a “sustained compression of footprint and reduced head count,” particularly in the financial sector, which remains the largest occupier of office space in the city.

There’s also increasing competition with new office space in other parts of the city, like Hudson Yards, experts have noted.

5. The neighborhood’s economy has diversified since 9/11. 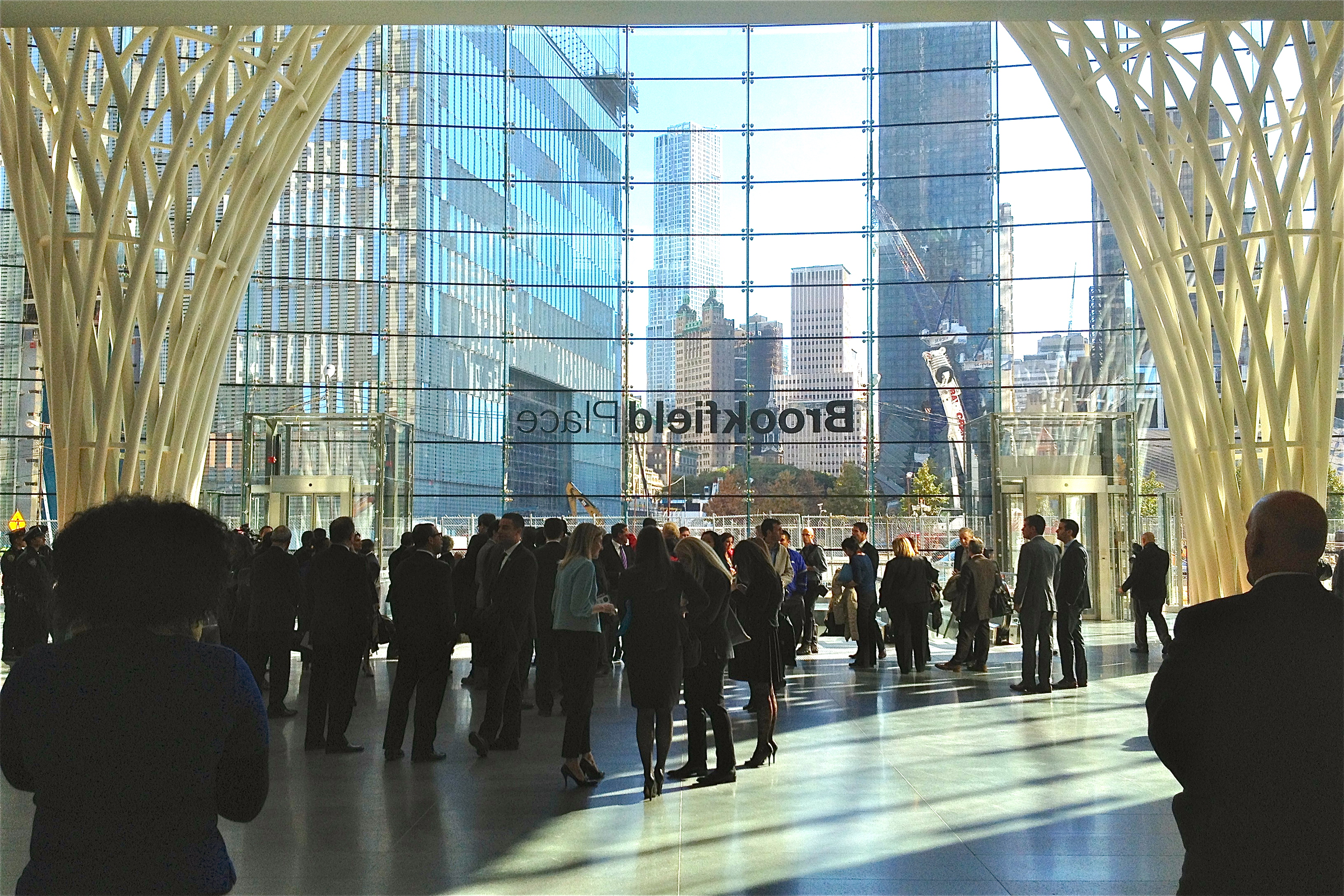 Lower Manhattan is now home to a large number of media and information jobs thanks to the relocations of Condé Nast, Time Inc. and HarperCollins and others like MediaMath and Mic Networks.

The increased diversification of jobs helped make up for the decline in financial sector employment, which still predominates with 78,600 jobs in 2015. Finance jobs are still about a third of the total, but their numbers are down from 151,200 jobs in 2000, according to the DiNapoli report.

Many real estate experts said that companies, particularly ones with a younger workforce, have been drawn to the area because the transit improvements have made it easier and more appealing for their staffers.

“The big change from 15 years ago is how popular Brooklyn has become from a commuting perspective, so Lower Manhattan has become so much more attractive,” said Heidi Learner, of Savills Studley, a global real estate services firm.

Wheeler agreed, saying while Midtown’s connections might be better for commuters from Westchester and Fairfield County, Conn., Downtown’s transit makes it easier for Brooklyn’s Millennials and also those those living south of 14th Street and along the Jersey waterfront. 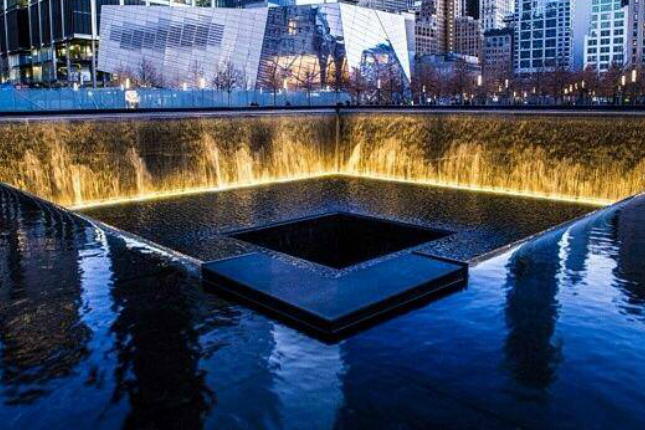 As of 2015, more than 23 million tourists had visited the National September 11 Memorial, and 4 million had visited the Memorial Museum, DiNapoli’s report found. The One World Trade Center Observatory attracted 2.3 million visitors in its first year of operation.

And hotels have become a major presence as well.

Lower Manhattan now has 28 hotels, with another 10 planned to open before 2018, the report found.

Some of the splashiest ones include The Beekman — a hotel with eateries from Tom Collichio and Keith McNally, as well as the Four Seasons.

7. The retail scene is hopping. 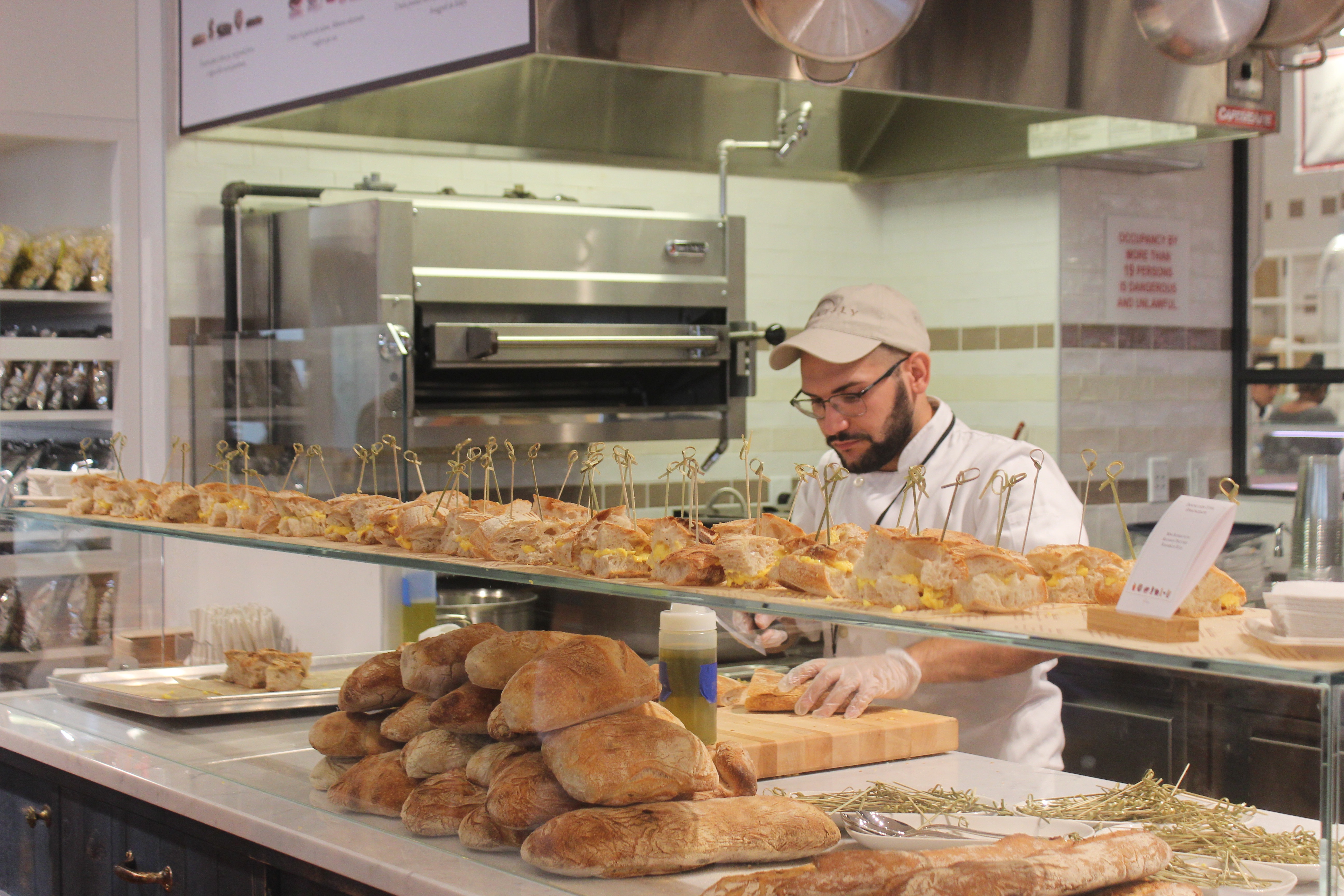 With the luxe brands at Brookfield Place like Gucci and Ferragamo, as well as the shops at the Westfield World Trade Center Mall which includes a Sephora, Cole Haan and Apple store, and food anchors like Eataly and Epicerie Boulud, Lower Manhattan has become a destination shopping area, real estate experts say.

“Brookfield Place has a fantastically successful development,” Wheeler said. “They do 40 percent of their business on the weekends. It just underscores how fundamental the changes are.”

By next year, these centers are expected to be joined by the redeveloped South Street Seaport and Pier 17, and 28 Liberty — formerly Chase Manhattan Plaza — is also slated to be redeveloped with a range of dining options.

8. The cultural scene is happening. 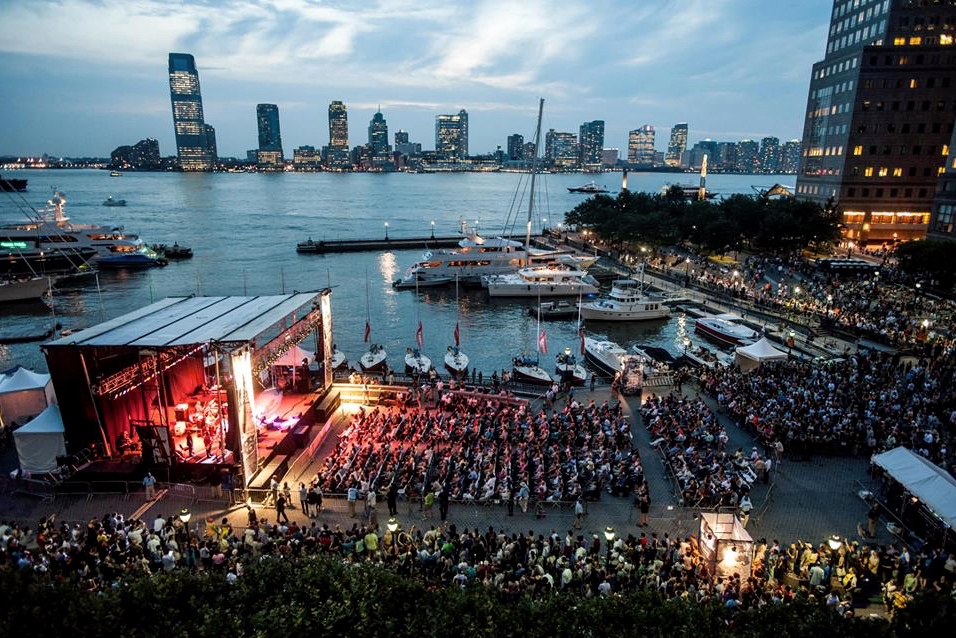 Brookfield Place sponsors more than 100 free events a year and the River to River Festival brings more than 1,500 events to the area.

At 28 Liberty, a family outdoor movie series took over the space this summer.

The South Street Seaport has a full list of events all year around, but to Lulla — who has been engaged with the community for years — the “most exciting offering” at the spot has been the Smorgasburg and farmers market in the summer and the skating rink in the winter.

The Battery Fair launched this year with more than 100 artisanal vendors, Lulla noted, adding, “The Battery has also given us the distinctive Sea Glass Carousel with more coming in the future.”