BROOKLYN HEIGHTS — The flower garden at Brooklyn Bridge Park’s Pier 6 is in bloom for the first time.

Asters and goldenrods started blooming about a week ago in the garden, which first opened last October, park officials said.

The flowers will continue to bloom through October, when they’ll hit their peak, according to Rebecca McMackin, the park’s director of horticulture.

“There’s a very choreographed reveal of all of the flowers as they bloom and this is just starting the riot,” McMackin said. “The whole place is just an explosion of purple and yellow.”

Park visitors will be able to take guided tours of the half-acre flower garden, which was designed by Michael Van Valkenburgh Associates and took a year-and-a-half to build at Pier 6. 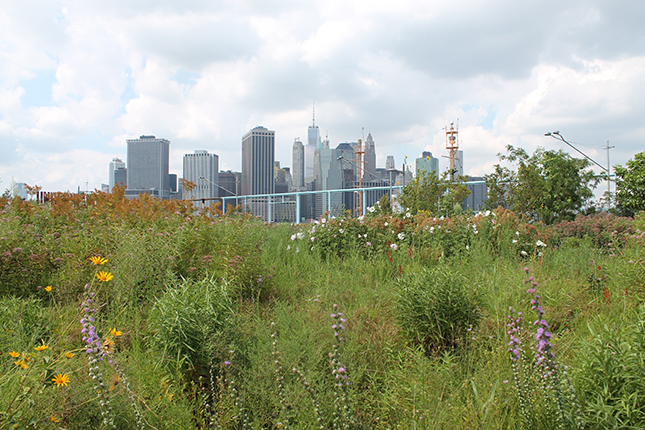 While the park will host events like tours and educational seminars, the beauty of the garden lies in its solitude, according to BBP President Regina Myer.

“There’s parts of Brooklyn Bridge Park that are really crowded, and there’s parts where you can escape and enjoy nature and enjoy the waterfront,” she said.

The garden is situated on a 5-acre concrete deck over the East River with a winding path that lets out onto a waterfront viewing area facing the Buttermilk Channel between Red Hook and Governors Island. 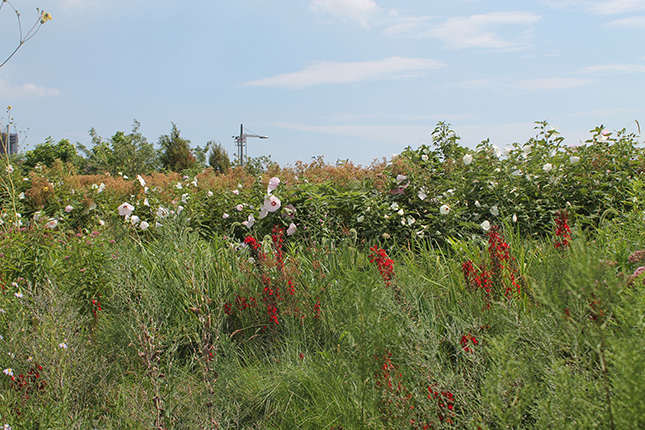 The blooms will peak in October, according to Brooklyn Bridge Park's Director of Horticulture Rebecca McMackin. (Credit: DNAinfo/Alexandra Leon)

Over the next couple of months, the park will be working with different groups, including students, to survey wildlife in the garden.

In September, 400 students and dozens of scientists from Macauly Honors College will conduct a “bioblitz” of the garden, trapping wildlife with nets and cataloging all the different species. The park will then use that information to help encourage biodiversity in the flower field.