BROOKLYN — If you've ever wondered who gets to control the lights on One World Trade Center's spire, the answer might soon be "you."

As part of the National Park Service's 100th birthday celebrations Aug. 22 at Brooklyn Bridge Park, visitors can participate in an interactive game through which they can change the light colors on the nation's tallest building.

Park goers can also look forward to an appearance by Bill Nye the Science Guy and Questlove, who will perform a DJ set at 8 p.m., organizers said.

“It’s not often that someone – or something – celebrates 100 years on this planet. It’s super cool the National Park Service is celebrating its centennial by having me DJ their 100th birthday party,” Questlove said in a statement.

Beginning at about 7:45 p.m., visitors can play an interactive game called "Edison's Light Bulb" by stepping on different parts of a giant digital circuit board that controls the spire lights. Nye and U.S. Secretary of the Interior Sally Jewell will address the audience as well.

During the day, two other games can be played on the "digital floor." 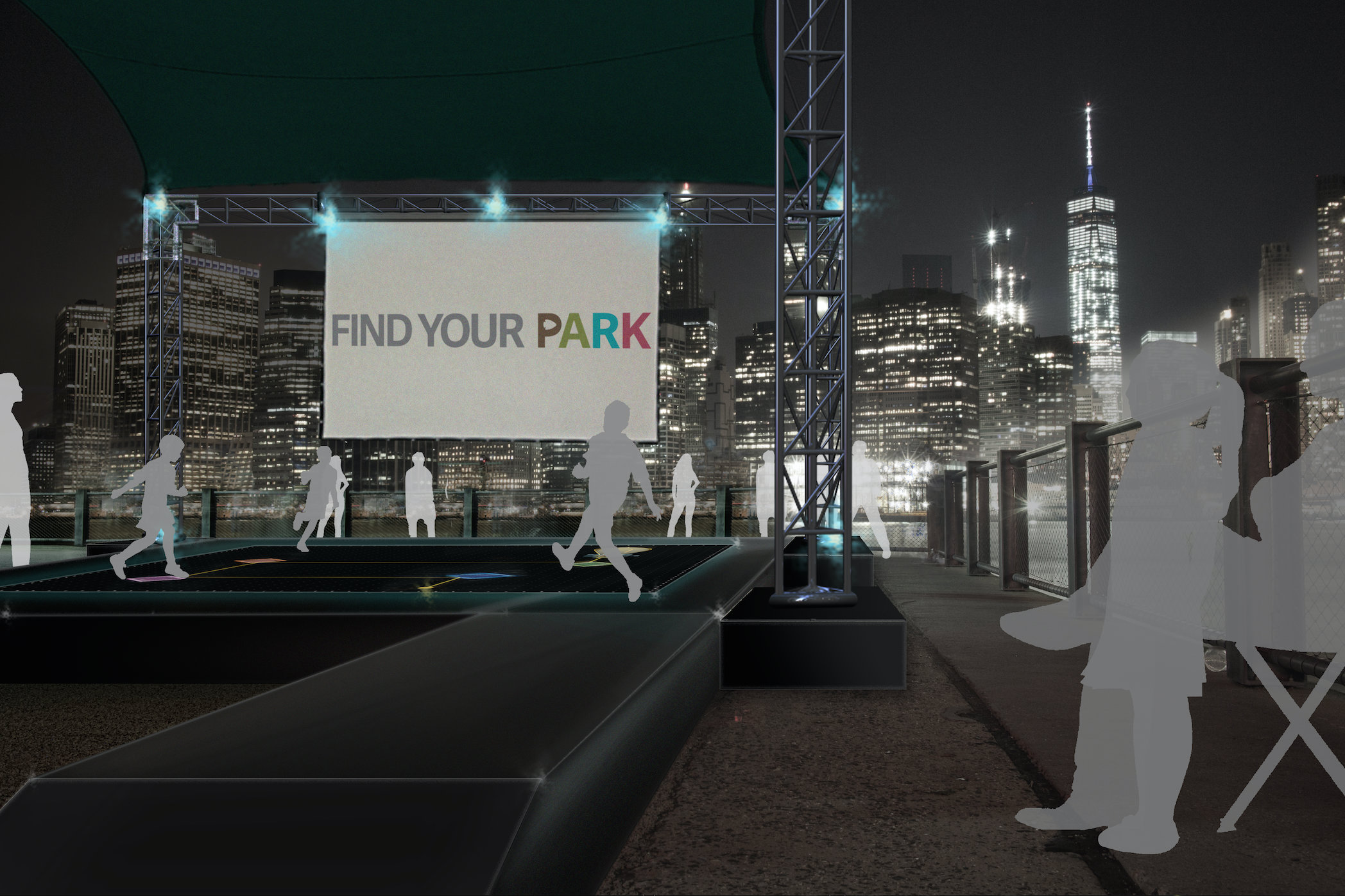 A rendering of the digital circuit board to be installed at Brooklyn Bridge Park. [Credit: National Park Service]

“The event on August 22nd is the perfect invitation for everyone, from every generation, to be involved with our national parks," said Nye, who is the centennial ambassador for the Find Your Park movement, an initiative by the National Park Foundation that encourages people to visit national parks.

The Brooklyn event is the final centennial celebration of the movement's Park Exchange series.

The festivities at Brooklyn Bridge Park's Pier 1 kick off at 1 p.m. with an "ice cream social" from the Brooklyn Ice Cream Factory.

The day will also feature a family-friendly activities, including a musical performance by Ramblin' Dan at 2 p.m.