Budweiser Truck Flips Over on BQE, Raining Beer Cans Onto Streets Below

RED HOOK — A Budweiser truck flipped over on the Brooklyn-Queens Expressway Monday morning, sending beer cans rolling across the lanes and onto the streets below and snarling the rush-hour commute, officials said.

The truck flipped in the eastbound lane of the expressway near the turn off for the Brooklyn-Battery Tunnel about 4:50 a.m., an NYPD spokesman said.

About 300 cases of beers, which bore Budweiser's novelty "America" branding, spilled from the overpass and onto the street, making the area smell like a bar, according to police and witnesses.

"I can smell it from here," said Louie Salvador, 42, as he walked his dog near Rapelye Street.

"It smells like malt. They must have some good hops. This Bud's for you." 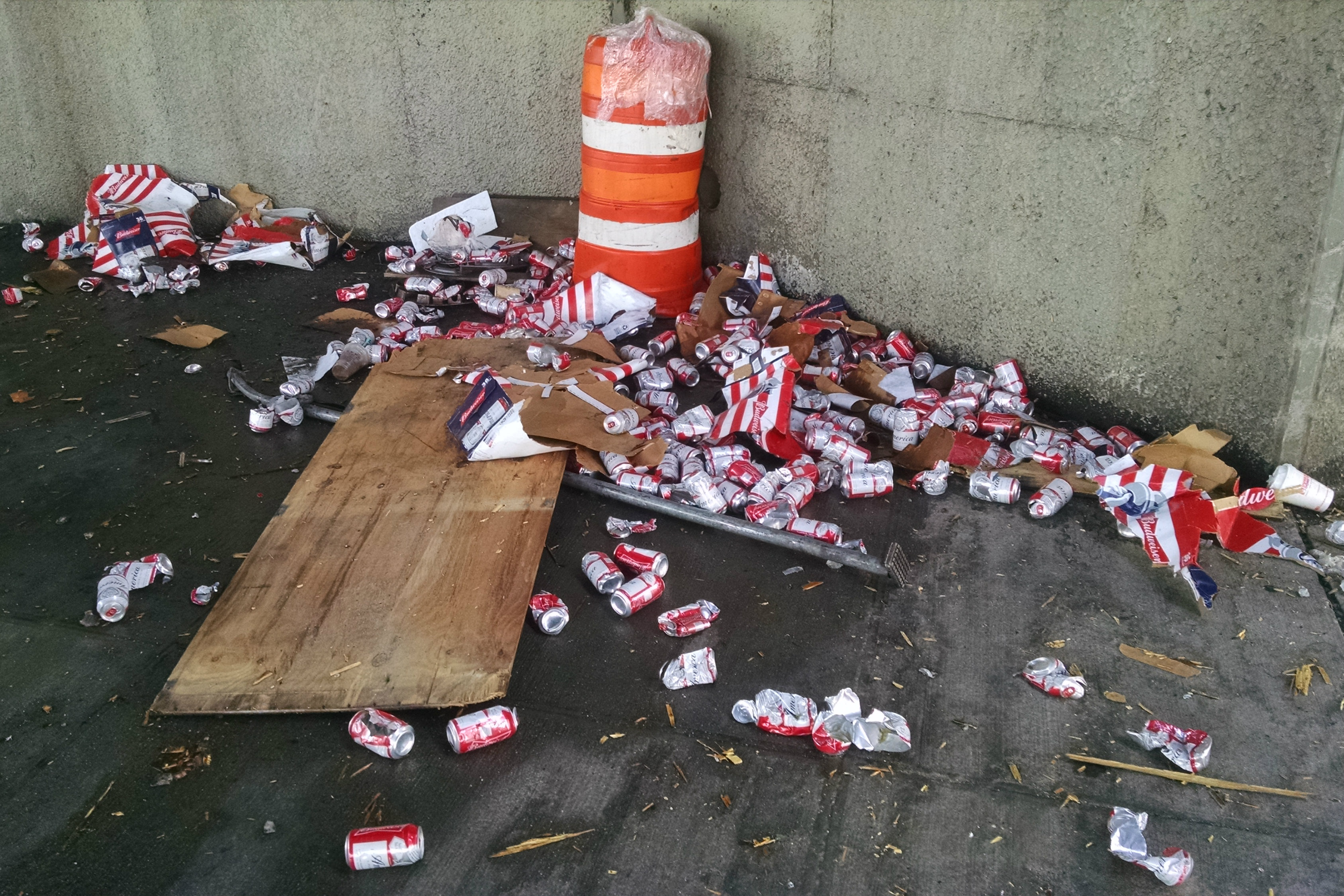 Salvador wished the spill had happened at least a day earlier.

"If it happened on the weekend, I'd say, throw a case over," he said.

The truck's driver was treated at Methodist Hospital, an FDNY spokeswoman said.

Traffic was backed up behind the beer spill for miles, according to reports.