BROOKLYN HEIGHTS — A former Brooklyn hotel that spans an entire city block and was once home to the Brooklyn Dodgers has hit the market.

The Jehovah’s Witnesses listed the Towers at 21 Clark Street, a former hotel in the Brooklyn Heights Historic District, on its real estate website.

The 313,768-square-foot building covers an entire city block along the east side of Willow Street, between Clark and Pineapple streets.

It boasts “exhilarating” views of the New York Harbor, the Lower Manhattan skyline and the Brooklyn Bridge, according to the website.

The Towers building sits a block away from both the Brooklyn Heights Promenade and the Clark Street 2/3 station. It’s also within walking distance of Brooklyn Bridge Park, and the High Street A/C, Borough Hall and the York Street F.

Known as “The Aristocrat of Brooklyn Hotels,” the Leverich Towers Hotel opened in Brooklyn in 1928, according to a press release. 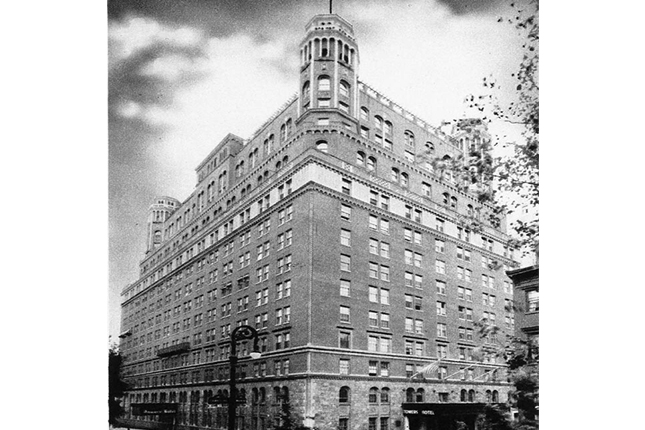 The hotel, marked by its four colonnaded Venetian towers, was designed by architects Starrett & Van Vleck, who were also behind New York’s flagship Lord & Taylor and Saks Fifth Avenue stores in Manhattan.

A few years after its opening, the hotel’s ownership changed and it was rebranded as the Towers Hotel.

But by the 1970s, the hotel had fallen into disrepair. The Jehovah’s Witnesses bought the property in 1975 and remodeled it in 1978 to serve as a residence and dining room for more than 1,000 members working at its Brooklyn headquarters.

“Our printing operation was rapidly expanding,” spokesman Richard Devine said in a statement. “The Towers offered the space we vitally needed to accommodate our increasing personnel.”

The Jehovah's Witnesses renovated the building again in 1995 to restore some of the former hotel’s grandeur, the release added. They rebuilt the interior, replacing the plumbing and electrical systems, as well as installing a new staircase that descends from the main lobby to the dining room level. 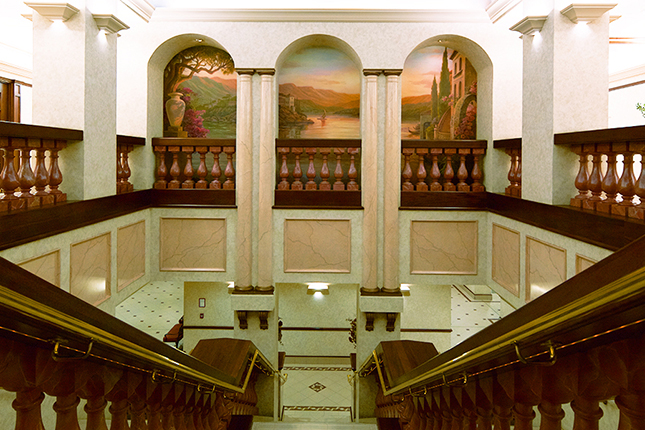 “When you walk the streets of Brooklyn Heights and come alongside The Towers, the elegance of the building commands your attention,” spokesman David A. Semonian said in a statement. “Yet beyond the beauty that we have worked hard to tastefully preserve, The Towers has been a comfortable home for members of our headquarters staff for decades.”

The Towers is just one of several properties to hit the market as the Jehovah's Witnesses sell their iconic Brooklyn headquarters before moving upstate to Warwick.

Construction of the new headquarters is expected to be completed by September. 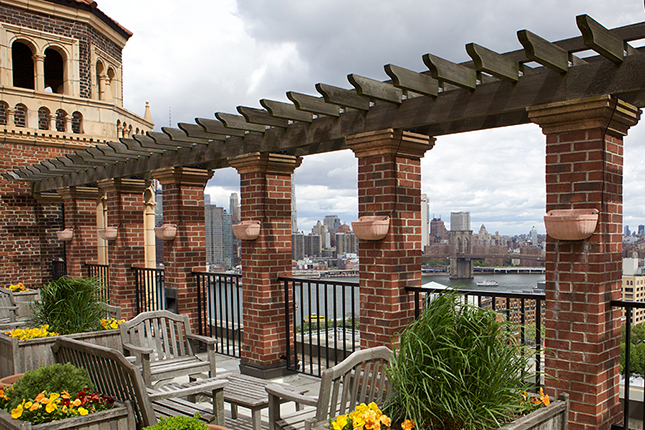 The Feds Have the Real Firepower in Manhattan — Stinger Missiles