The building, located at 38 Sixth Ave. on the corner of Dean Street directly behind the Barclays Center, will be 23 stories tall with 303 subsidized rental apartments, the developers said. Three-quarters of those units will be one- and two-bedroom apartments and the rest will be studios and three-bedrooms.

Renderings of the building show the boxy, geometric tower alongside two other buildings, 461 Dean St. — now near completion at the corner of Flatbush Avenue and Dean Street — and a tower planned at the corner of Sixth and Atlantic avenues the developers hope to turn into an office tower. 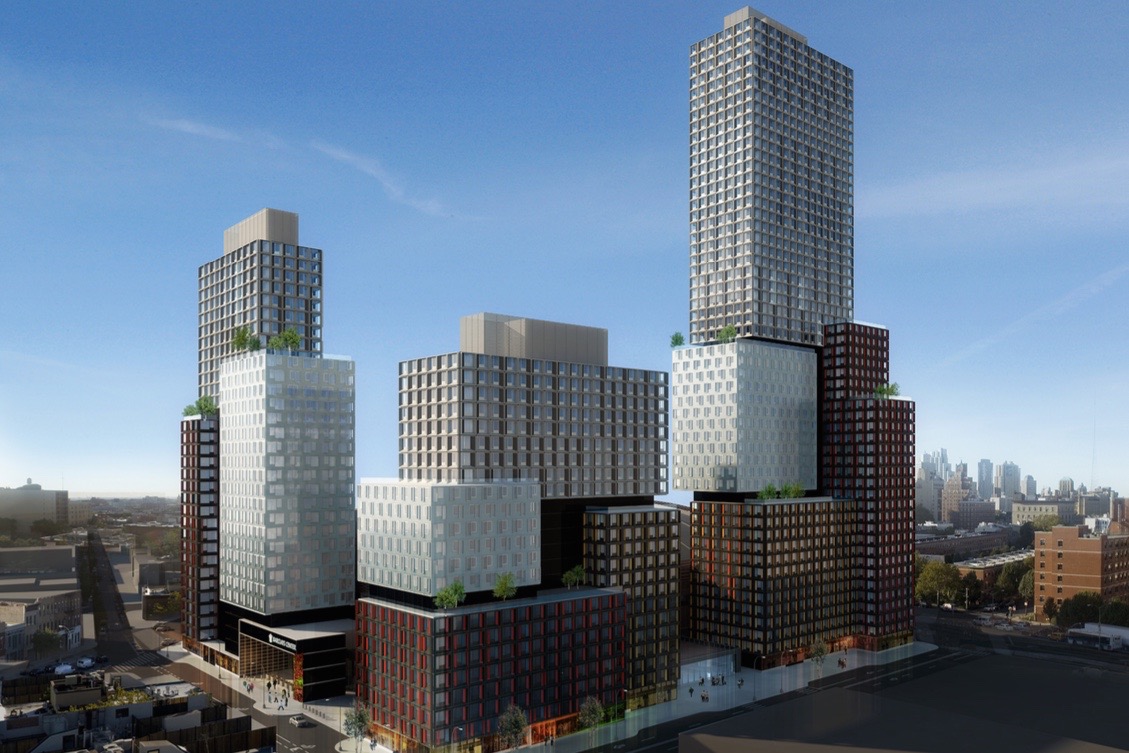 Work at 38 Sixth Ave. began last June, GFCP said. It is the second building in the 22-acre Pacific Park, née Atlantic Yards, complex set to include entirely affordable units, part of a total of 2,250 affordable apartments required to be built there by the state; the first all-affordable building in the project is currently under construction at 535 Carlton Ave.

Half of the units at 38 Sixth Ave. will be set aside for households making between 160 and 165 percent of the area median income, or between $60,500 and $99,825 for a single person and between $86,300 and $142,395 for a family of four, according to the most recent figures available from the Department of Housing and Development.

► INTERACTIVE: What is AMI?

In addition to the 303 residential units, the new building will have a fitness center, bike storage, lounge, roof terrace and 8,700 square feet of ground-floor space for retail and a planned health clinic.

Currently, GFCP estimates construction at 38 Sixth Ave. will be complete in winter of 2017.