How to Deodorize Your Apartment: 7 Smell-Good Tips From Real Estate Pros

MANHATTAN — With springtime comes not only the return of the busy real estate season but also a renewed focus on all things fresh and clean.

With that in mind, DNAinfo New York asked some expert apartment stagers and brokers what they do to rid homes of funky smells, whether from pets, foods, cigarette smoke or just plain old grime.

And while their tips are aimed at sellers — because if you smell an apartment rather than see it, that can affect its price — the advice can help anyone looking to deodorize.

“Especially if you’ve lived in a home a long time you will go ‘noseblind’ and stop smelling the odors other people find offensive,” said Aleksandra Scepanovic, managing director of Ideal Properties Group and an interior designer by training. 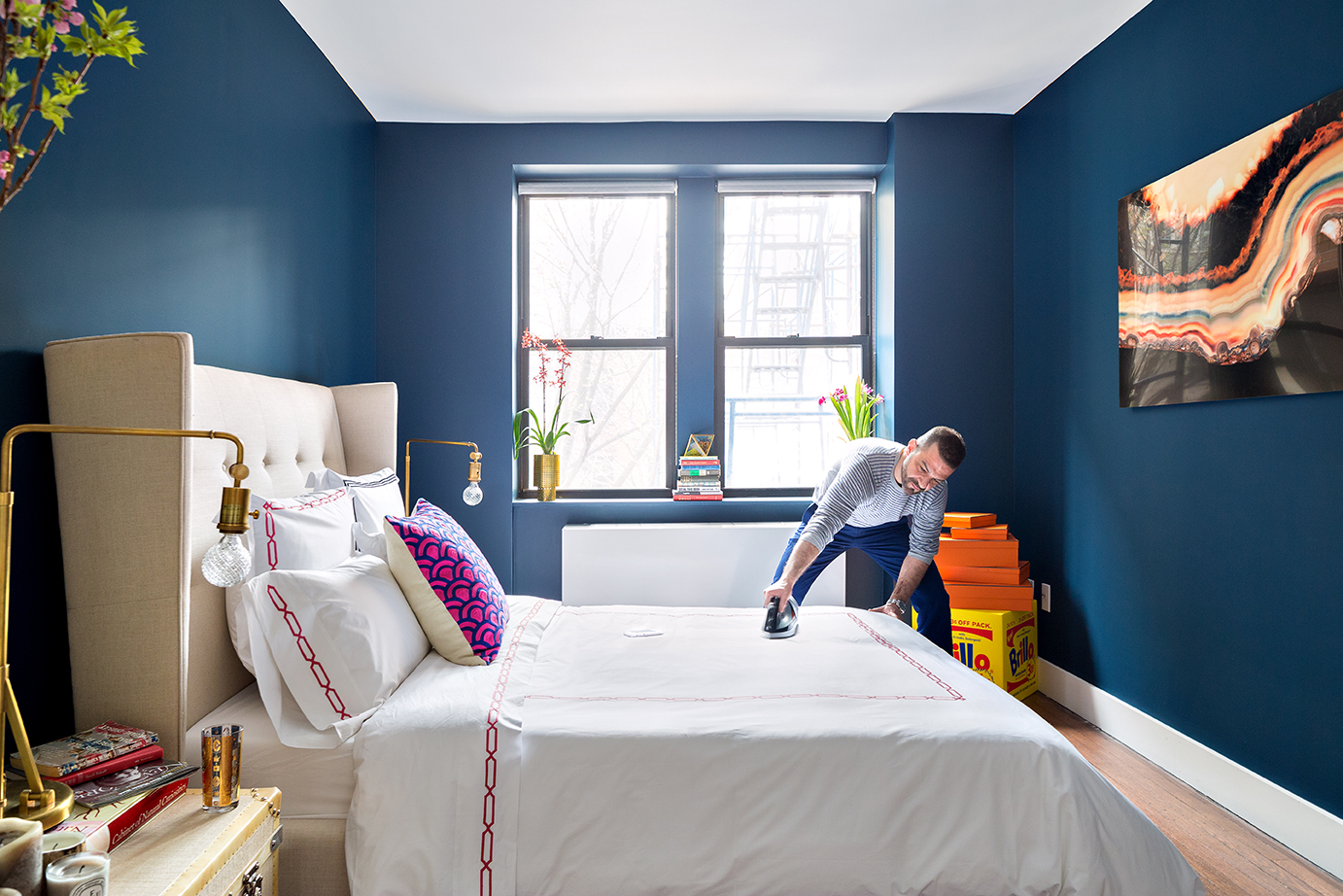 Compass broker Jason Saft putting the finishing touches on an apartment for sale. Photo credit for this and other photos: Donna Dotan Photography.

Clean every surface, including behind the refrigerator and stove, and consider replacing your shower liner and bed linens, suggested Jason Saft, a broker and staging pro with Compass.

When staging a photo shoot for a rental he was recently putting on the market, Saft brought his own bedding.

“When I took off the old linens, I saw under the sheets was a mattress pad so yellow it was like it was lined with manila envelopes,” he said. “It was from moisture and sweat.”

He recently worked with an apartment owner who moved to California, leaving behind a stocked kitchen.

“He had truffle-scented olive oil that expired in 2011,” Saft recalled.

Saft removed 20 bags of trash from the home. 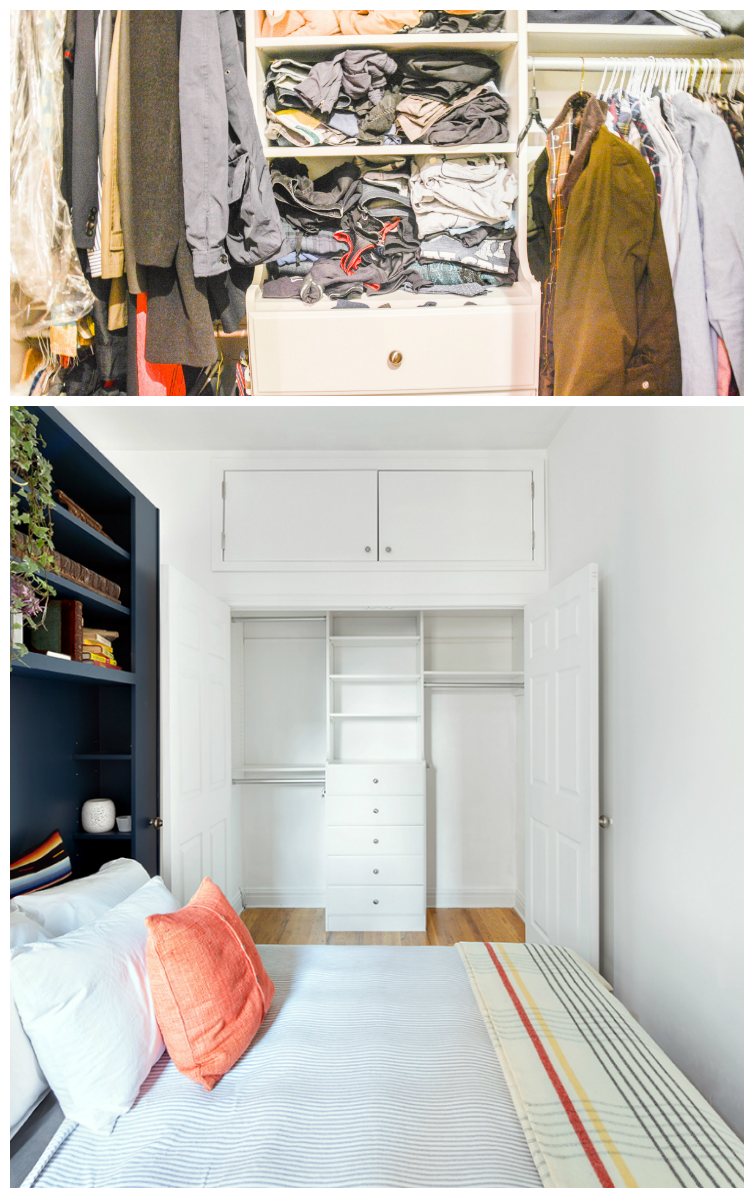 If you’re hoping to get rid of smells, make sure you clean fabrics like drapes, throw pillows and zippered upholstery according to their cleaning instructions, advised Logan Yost, resident in-house interior designer at Mirador Real Estate.

Any rugs or carpeting should be professionally cleaned if you’re going to start hosting open houses, he said.

Since dry cleaning curtains can get expensive — it can cost upwards of $150 per panel — Saft recommended a cheaper alternative: using Febreze.

“Febreze is your best friend,” he said. “The only thing is it’s a little synthetic, and it can smell obvious, like you're masking something.”

Since that’s a no-no in the world of open houses, he suggests using Febreze about two days before showings and then spraying a mix of water and essential oils, like lavender and lemongrass, on the day of an open house just before visitors arrive.

“I’ll buy some $8 bottles of essential oils and mix it with water in my spray bottles,” Saft said. “It does make a difference.” 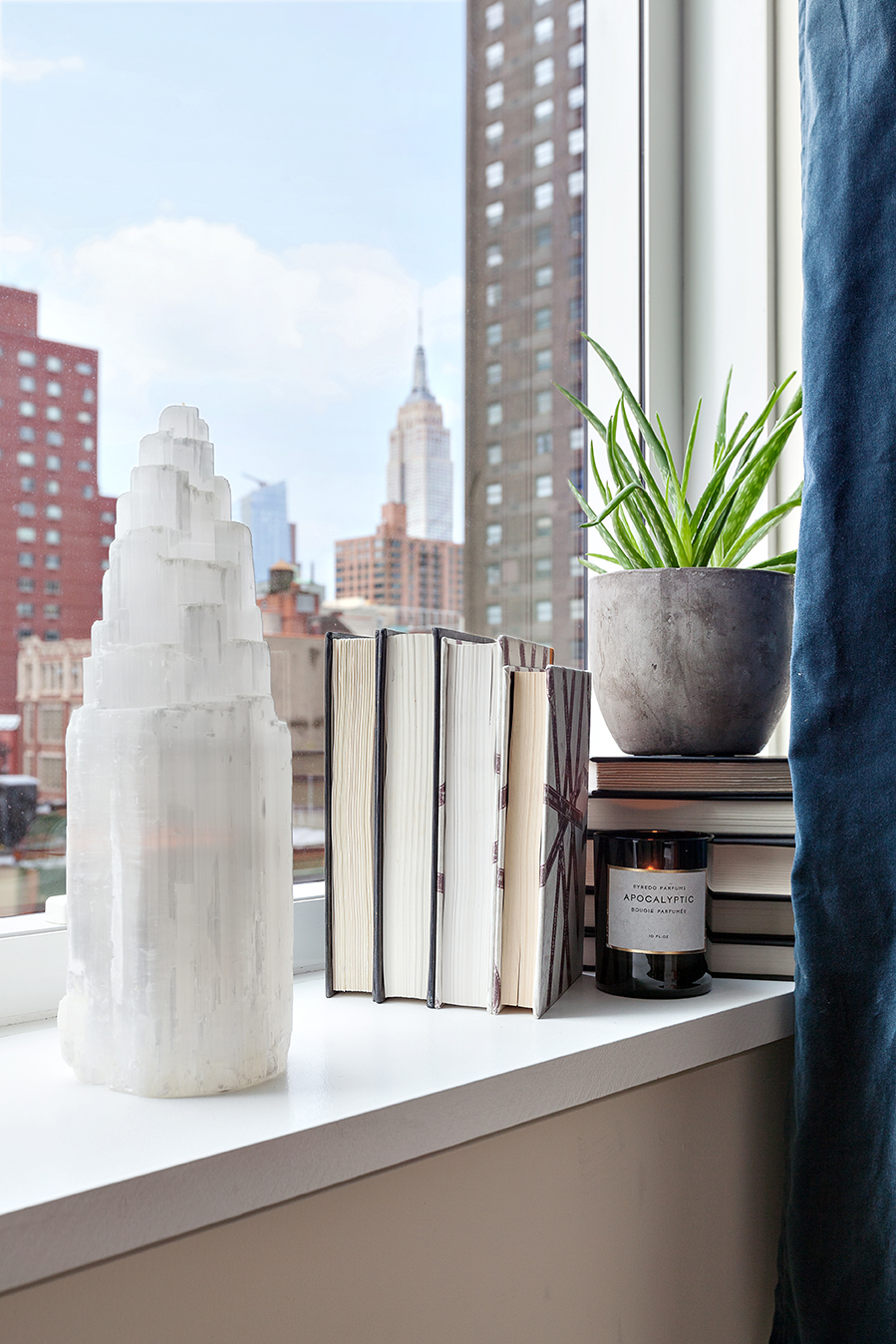 The day of a showing Yost adds fresh flowers to every room, as well as a scented candle near the entry or in the kitchen. For spring and summer, he likes Japanese Quince from Seda France; in colder weather, he likes Nest’s Moroccan Amber candle.

And in the fall and winter, he fills a saucepan halfway with water and adds two or three cinnamon sticks, a sliced orange, several star anise, and a handful of whole cloves. He puts it in the oven, covered, at 350-degrees for an hour.

“Just before leaving to make way for the broker and prospective buyers, I turn the oven off, remove the lid, and leave the pot in the oven,” Yost said. “The entire house will smell like the holidays.”

Before and after Jason Saft worked his magic at 56 Court St. in Brooklyn Heights and convinced the seller to list without tenants in place. (After photo credit: Donna Dotan Photography)

While a fresh coat of paint is critical for apartments before they hit the market, a paint job, with a good coat of primer, can go also a long way to refreshing any space to make it feel like new.

Yost likes a “nice, clean, flat neutral” on the walls for apartment showings like Behr's "Wheat Bread" or Farrow & Ball's "Shaded White,” noting that neutrals appeal to more people, and “painting each room the same color will help make your space appear larger.” 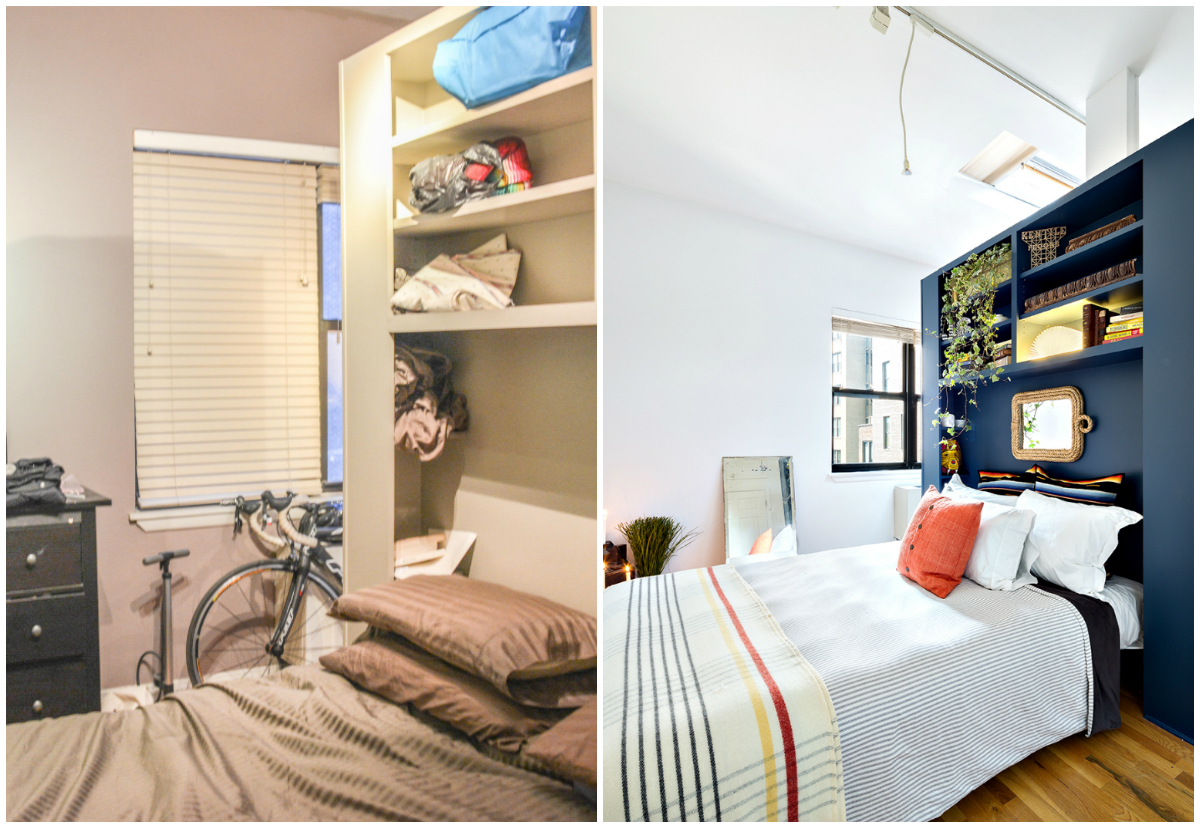 5. Change that litter box frequently and go outside to smoke.

Pet odor has become the most common problem stinking up people’s homes, surpassing cigarette smoke as people smoke in their homes less and less — often because they don’t want their furniture to soak in the smell, many said.

“Luckily more people are living smoke free, and even those that do, tend to do it outside as not to ruin their furnishings,” Yost said. “Cats are tricky. [It’s] important to clean litter boxes constantly and immediately remove garbage from the space.” 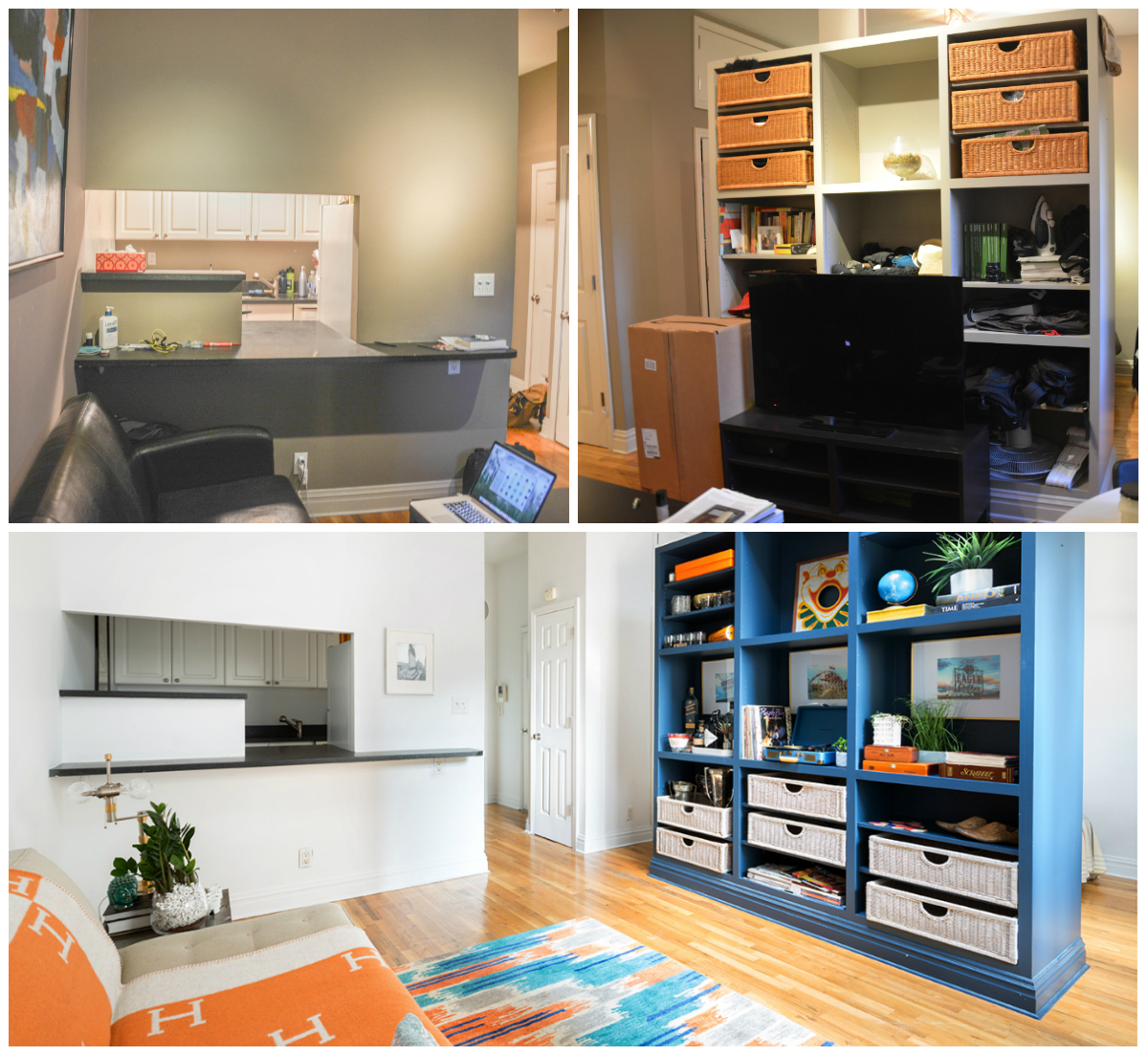 6. If cooking smells are permeating your home, eat out.

It may be an extreme move, but if you’re trying to sell your home and get the highest price possible, it might be advisable, Yost said.

“I had someone who had salmon for dinner EVERY. SINGLE. NIGHT. I was like, ‘no girl,’” Yost recounted. “We had to have a talk about not cooking fish until after the apartment sold.

“Cooking smells can permeate for days, especially when it's something like seafood. I always say, while you're listed, eat out. It also helps keep the kitchen clean aside from the smell of food.” 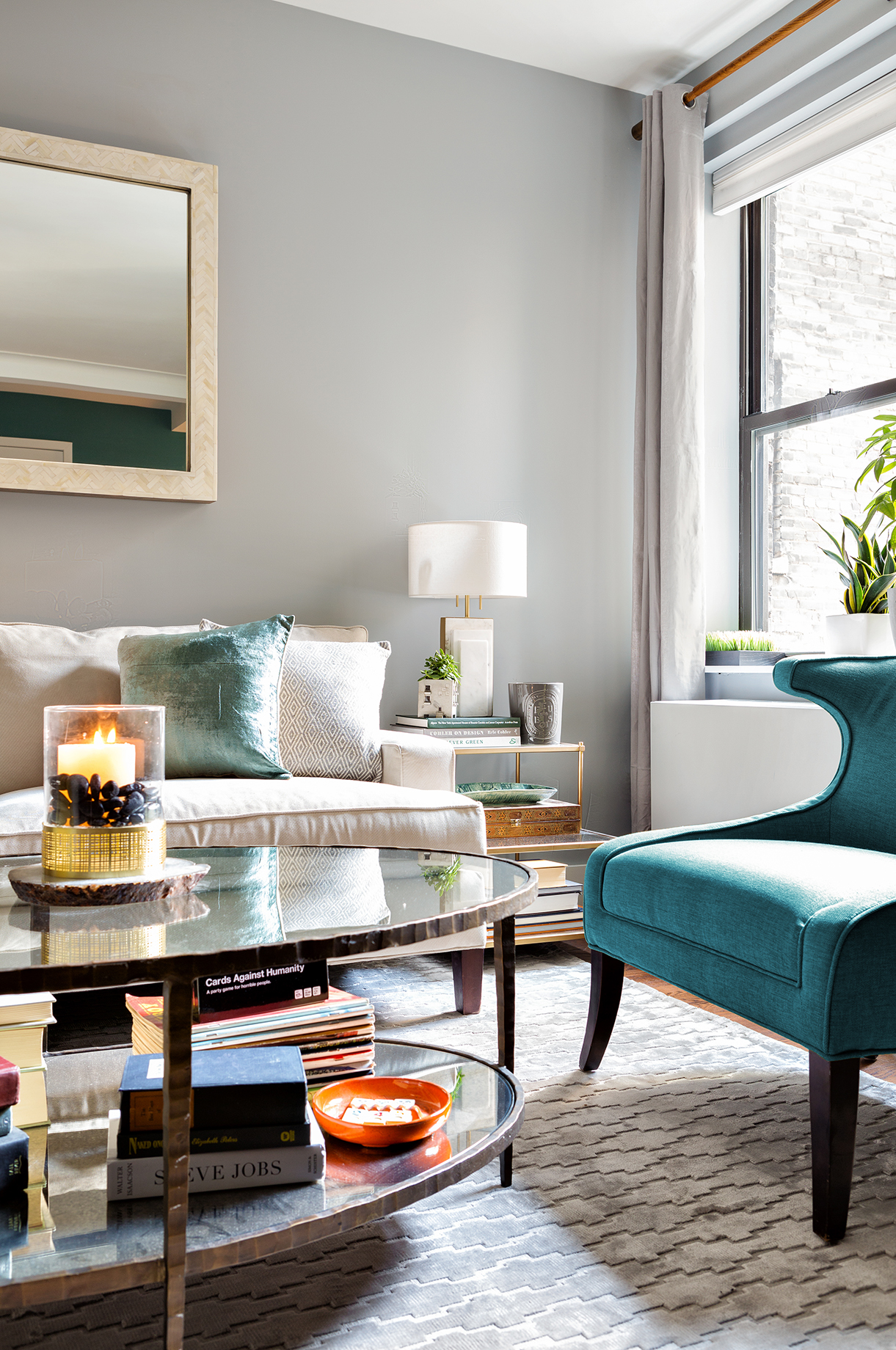 7. When all else fails, structural changes might be needed.

In smoker’s apartments, Saft has known of instances where the smell was so entrenched that the sheetrock of walls had to be redone — “otherwise the home would be completely devalued,” he said.

Scepanovic recently had a listing for a townhouse in Carroll Gardens that had many cats that had been “running around the entire house” for more than two decades.

“Everything was saturated with bodily fluids down to the beams,” she said.

When a paint job and redoing the floors wasn’t sufficient nor was a product called Angry Orange, they decided they needed to spend $145,000 on replacing floor beams.

“They were beyond repair because that sense of smell was still just there,” she said. “Pet owners tend not to smell their own pets. They’re like a member of their family.”