New York's Subway to Get New Technologies, But Still Lags Other Cities

NEW YORK CITY — We have some catching up to do.

New York City has one of the oldest and most extensive subway systems in the world, but when it comes to technological advancements that could ease the stress of commuting, the city is behind the times.

Paris has protective screen doors on subway platforms, Munich has an app that helps you figure out when your train is leaving and Seoul's passengers can use wireless Internet and mobile service inside moving trains.

But making any of those improvements in New York's 116-year-old subway system is easier said than done with the MTA's antiquated infrastructure, experts say. (Seoul's metro, by comparison, is less than 50 yeas old.)

Officials are working to catch up with the rest of the world. Last month, the state announced plans to "dramatically improve" the system and the MTA revealed designs for an accordion-style subway car that could fit more passengers.

Research from the Transit Leadership Summit, a project from the Regional Plan Association, compared the experiences of riders in Hong Kong, Montreal, New York, Seoul, Singapore, Vienna and Washington, D.C. in areas ranging from communication to accessibility.

Some systems, the report found, were cleaner, brighter, safer by the presence of platform screen doors, and easily accessible for all kinds of riders. "In other systems, train stations are dark, noisy and difficult to navigate, and complete accessibility for customers with disabilities is rare," it concluded.

Here are six structural and technological improvements that are planned for New York City and how these cities and a few others, are already using them:

What We're Getting: DNAinfo first reported that the MTA is planning a test program to install AirTrain-like screen doors at one subway station. Further details on the pilot initiative have yet to be released.

What Other Cities Have: Singapore, Seoul, Paris and Hong Kong are among the cities that have some or all stations outfitted with platform screen doors. The protective doors are said to keep tracks clean, lower noise levels in stations and protect passengers from falling on the tracks. 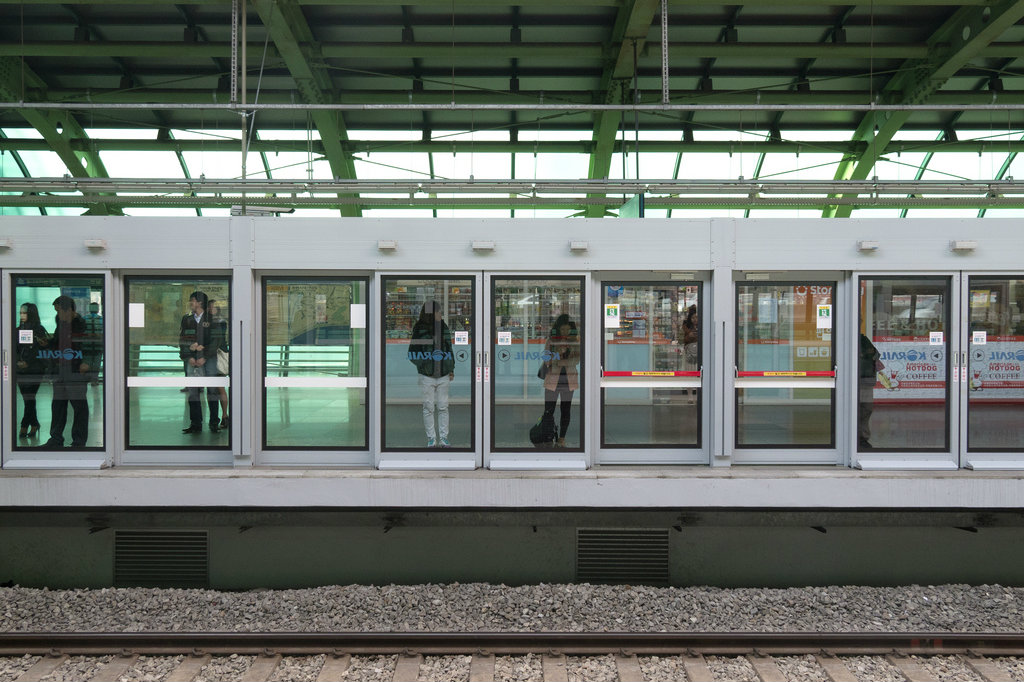 What We're Getting: According to Transit Wireless, cellular and Wi-Fi services can be found in 147 stations in Manhattan, Queens and The Bronx. By the end of 2016, all 278 of the city's underground stations will have access to wireless Internet. Cellphone service is planned for all those stations in 2017, MTA spokesman Kevin Ortiz said.

What Other Cities Have: MTA trains traveling through tunnels will continue to be a dead-zone for cellular services, whereas passengers in Seoul's metro system can use their phones in stations, on platforms, and inside trains during trips. In Hong Kong's stations and trains network, 4G cellular service has been available in trains and stations since 2013. 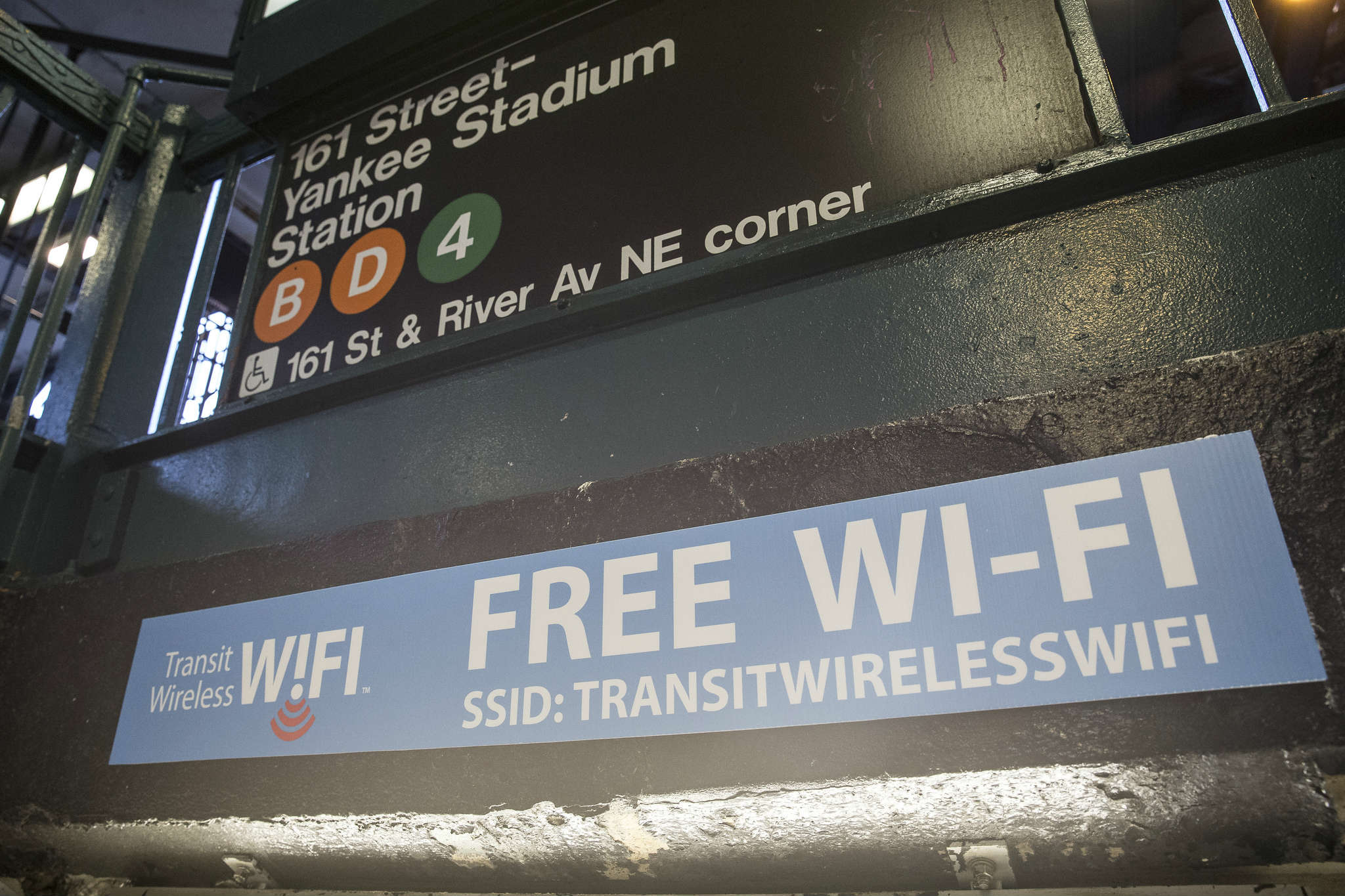 What We're Getting: New signage will be a part of planned renovations of 30 subway stations to make them "cleaner" and "easier to navigate," Gov. Andrew Cuomo announced Jan. 8 in his proposal to modernize the MTA. The agency has also begun rolling out its On The Go digital kiosks for service information and plans to add many more this year.

What Other Cities Have: In Hong Kong's transit system, underground pedestrian tunnels stretch more than a mile between a number of subway lines. But multiple exits, interest maps and signs help riders figure out the most convenient exit for them. Digital service information panels on transfers are also available at the entrance to stations in Seoul. 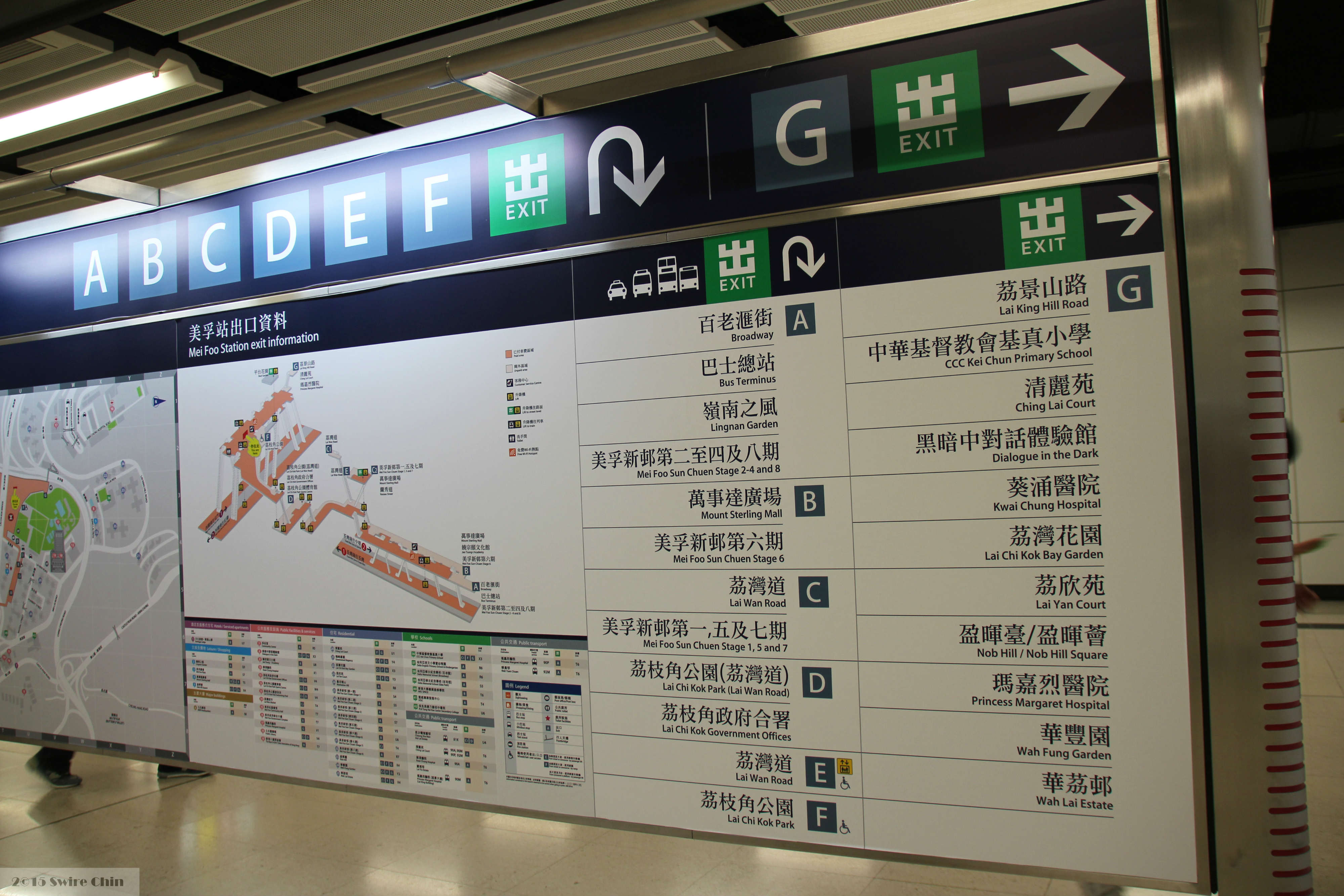 What We're Getting:  For a few years now, the MTA has been trying to phase out its MetroCard model in favor of a contactless payment system. Subways and buses will switch to contactless payment methods, or "tap and go" technology, using cellphones or bank-issued cards by mid-2018, an agency spokesman said.

What Other Cities Have: London, Hong Kong and U.S. cities such as Chicago and Boston have been using "tap and go" technologies for years. Boston also has mobile ticketing available for commuter rail and ferry. 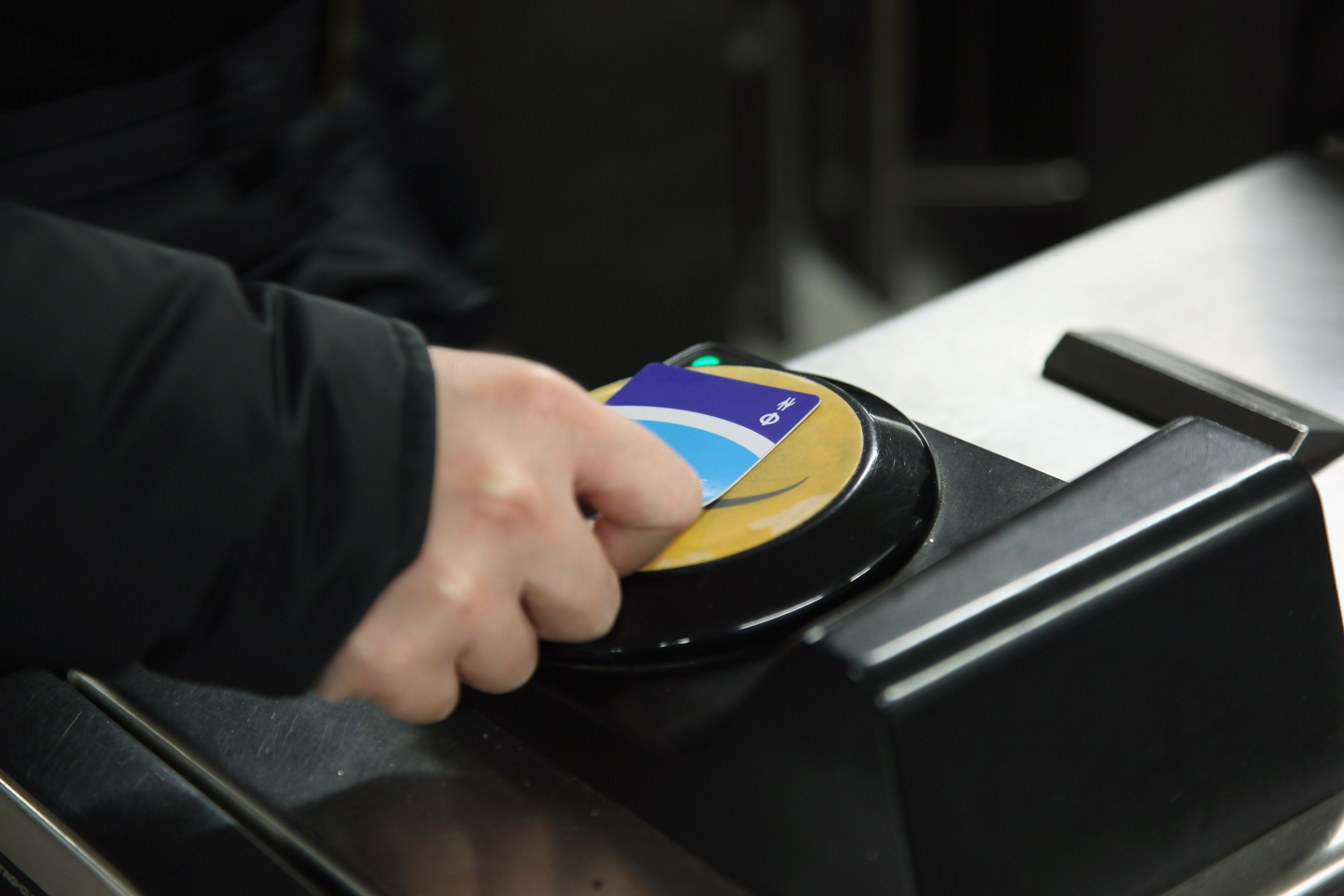 What Other Cities Have: "Integrated mobility" can be found in cities such as Paris and Tokyo. "The performance of a public transportation system and its capacity to satisfy residents depends on how complementary and well-coordinated the various modes of transportation are (bus, trains, shuttles, taxis, car-share, bikes, etc,)" according to Transdev, a private sector transit operator in North America.

"The most low-hanging fruit, the easiest thing, that we should do in New York is implement a shared fare card system," she said. "It could encourage people to use transit in a more efficient way."

What We're Getting: By 2020, a total of 320 stations out of 469 will have some kind of train arrival information available to commuters. This could be either countdown clocks, currently seen on some numbered lines and the L train, or automated announcements — "There is Manhattan-bound express train one station away at 36th Street." Train arrival information will also be available in four years through apps and the MTA's website by 2020 as well. 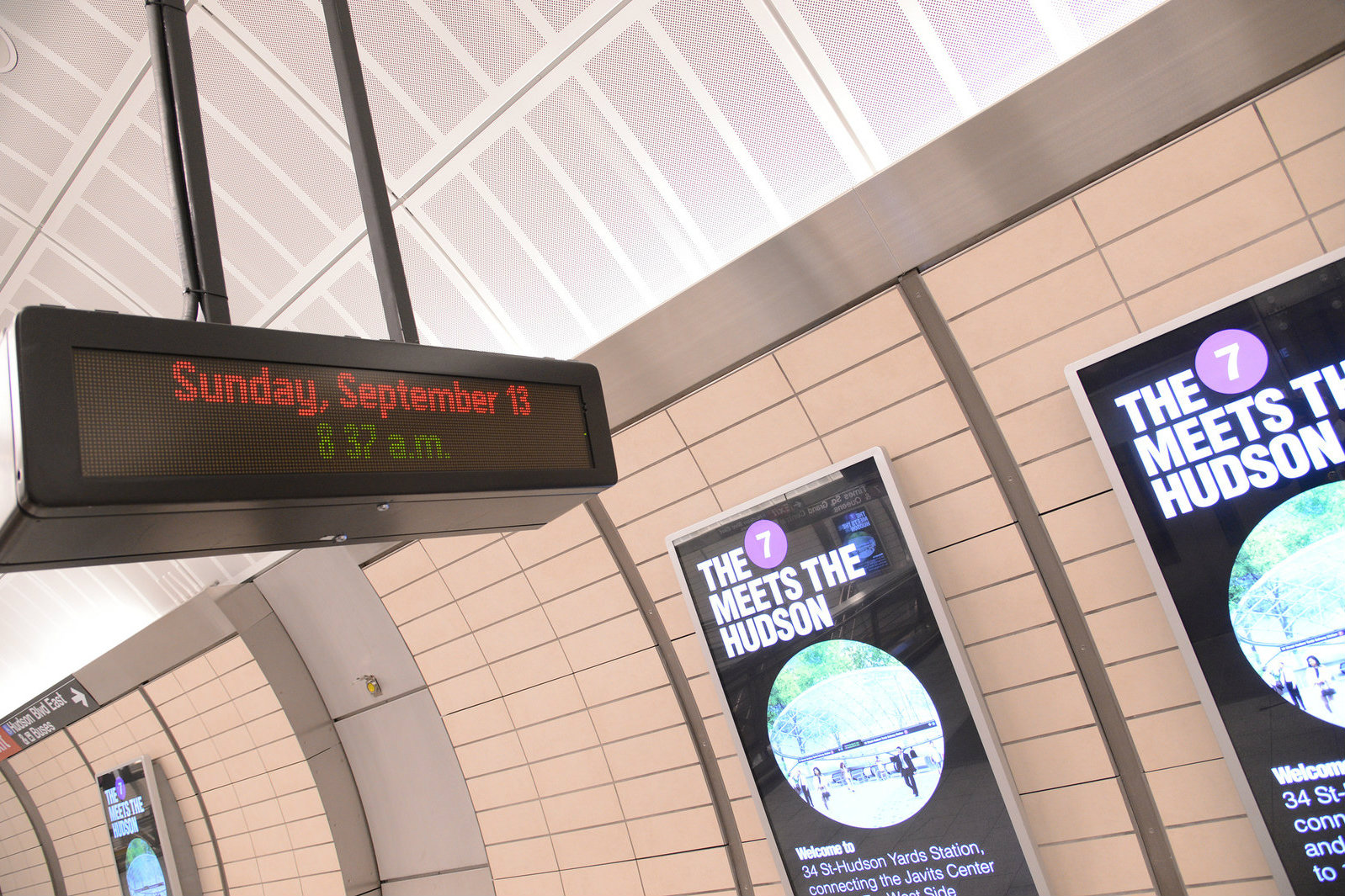