TRIBECA — A TriBeCa condo building is to blame for “sinkholes” in a public school playground, as well as in an adjacent dog run, because of its shoddy construction, the city alleged in a recent lawsuit.

The builders and owners of 200 Chambers St., a soaring condo tower that sits behind P.S. 234, are at fault for recurring patches of sinking land, and need to pay to remedy the problem, according to the suit filed in Manhattan Civil Court on Dec. 11.

Problems with sinkholes began several years ago, between 2005 and 2007 when the condo was being constructed, the suit said. The city sold the property behind the school to the developer Jack Resnick & Sons in 2005.

The city claims that “defective pile driving and sheet piling” during construction of the building’s foundation are ultimately to blame for the issue.

During those first years of building, the pile driving and sheet piling caused parts of the playground in the back of the school to “slide away from PS 234’s building, leaving a noticeable gap with the asphalt surface of the yard,” the suit said. The building filled the holes, but the work was “insufficient,” the city claims.

Several years later, after Hurricane Sandy struck, “sinkholes” emerged once again, this time along the property lines that separate the school playground from the condo property, the suit said. Land also sunk between the condo and adjacent dog park. The city owns the dog run land, though Dog Owners of TriBeCa, Inc operates the park.

The city said that in 2013 it filled the school’s sinkholes, and created a temporary asphalt patch, then had to return in November of 2014 to “again repair the depressions” and make the yard “safe for students.”

The dog run has created a temporary fence to section off the sunken land, which remains there today.  The Dog Owners of Tribeca, which run the dog park, declined to comment. 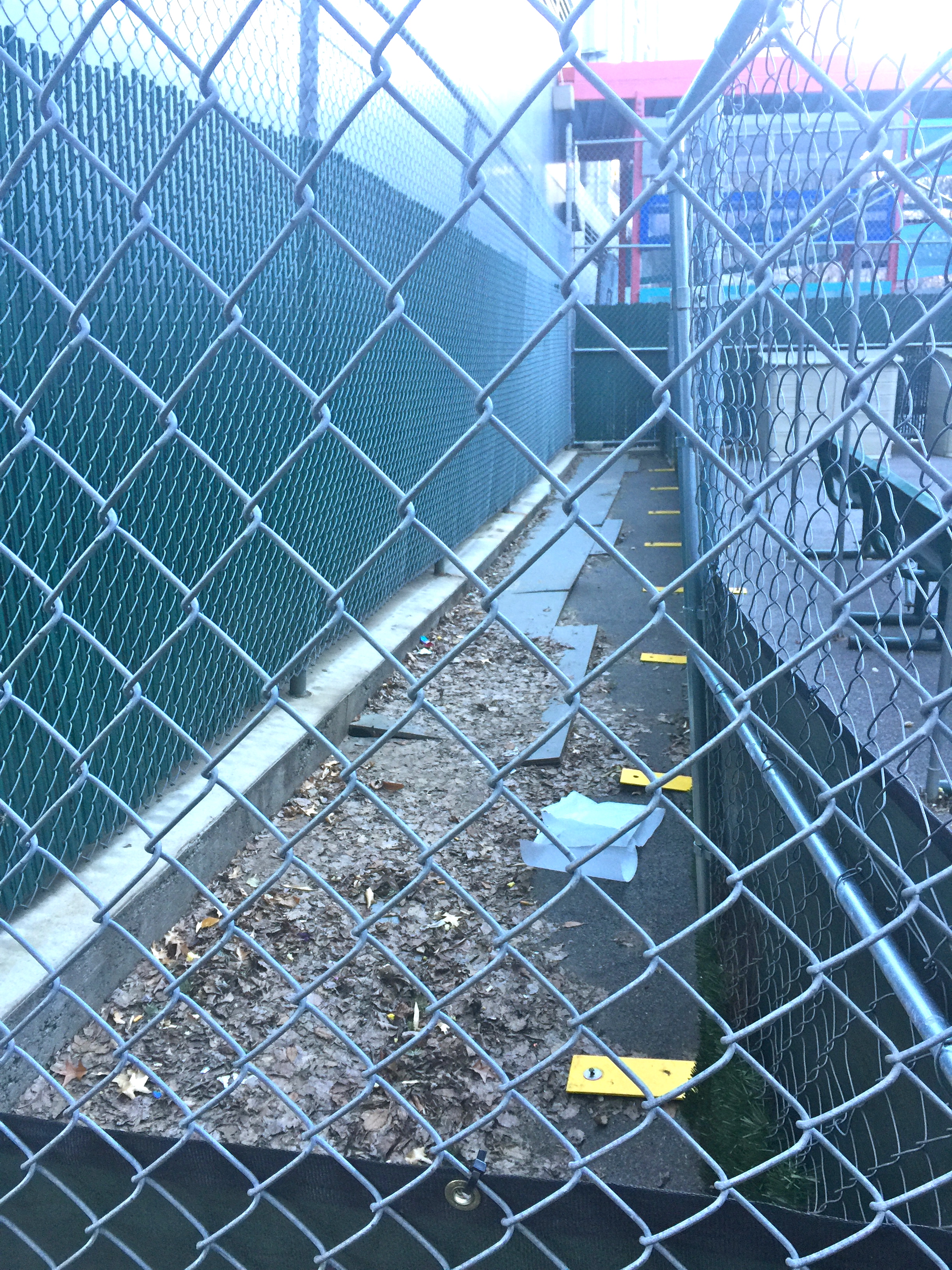 A strip of land that runs along 200 Chambers St. and the dog run is fenced off.

The city said it has made “repeated demands to the condo and the board” to fix the problem, to no avail, and thus have taken them to court. The city is asking for an “amount to be determined at trial” for the “injury to its property, and incurred damages.”

The condo's lawyer, Aaron Shmulewitz, said since the allegations are related to the building's construction before the condo was formed, they "see no basis for liability by the Condominium."

He said that at some point they will "move to dismiss" the suit.

The city also names the building’s developer, architect and contractors in the suit.

The school’s principal referred all questions about the suit to the city.

A spokesman for the city law department, Nick Paolucci, said the suit “concerns a structural issue affecting the school yard of P.S. 234 and an adjacent dog park…The City and SCA [School Construction Authority] believe the subsidence [sinking land] was caused by the construction of the foundation of 200 Chambers.”

Several parents at P.S. 234 said they were unaware of any issue with the playground, which is one of two asphalt yards the school uses.