From a wrongful arrest of a Bronx mom to pizza rat to the Legionnaires' disease outbreak, 2015 was a newsworthy year. 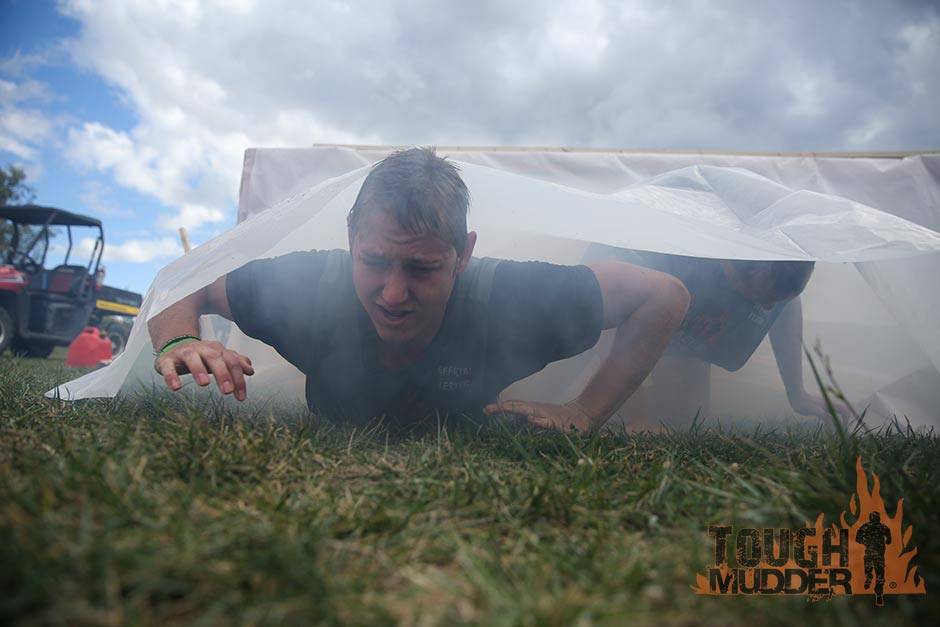 January 7: This year there was a harrowing addition to the notorious Tough Mudder course — tear gas. While the noxious potion was more benign than the kind used by police officers, being sprayed with it evokes the “feeling of having Sriracha poured into every one of our tiny cuts and abrasions,” a man who tested the new course told Sports Illustrated. The addition of the tear gas component to the course made this year’s Tough Mudder the most challenging one yet. 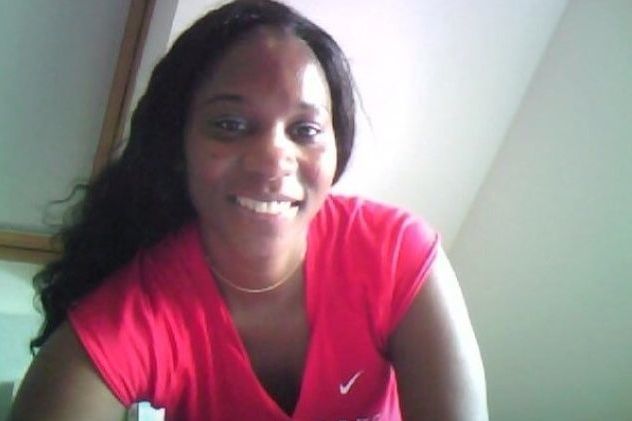 Nequia Webb-Davidson was killed by her husband in January 2014. Courtesy of Katter Law Firm

February 6: A Brooklyn family sued a Jamaica funeral home after its casket holding the body of a murdered woman popped open during her burial to the outrage of the grieving family, reporter Ewa Kern-Jedrychowska wrote. The body belonged to Nequia Webb-Davidson, 40, who was shot by her husband, who then killed himself. The funeral had to be postponed.

► Elementary School Dumps Homework and Tells Kids to Play Instead 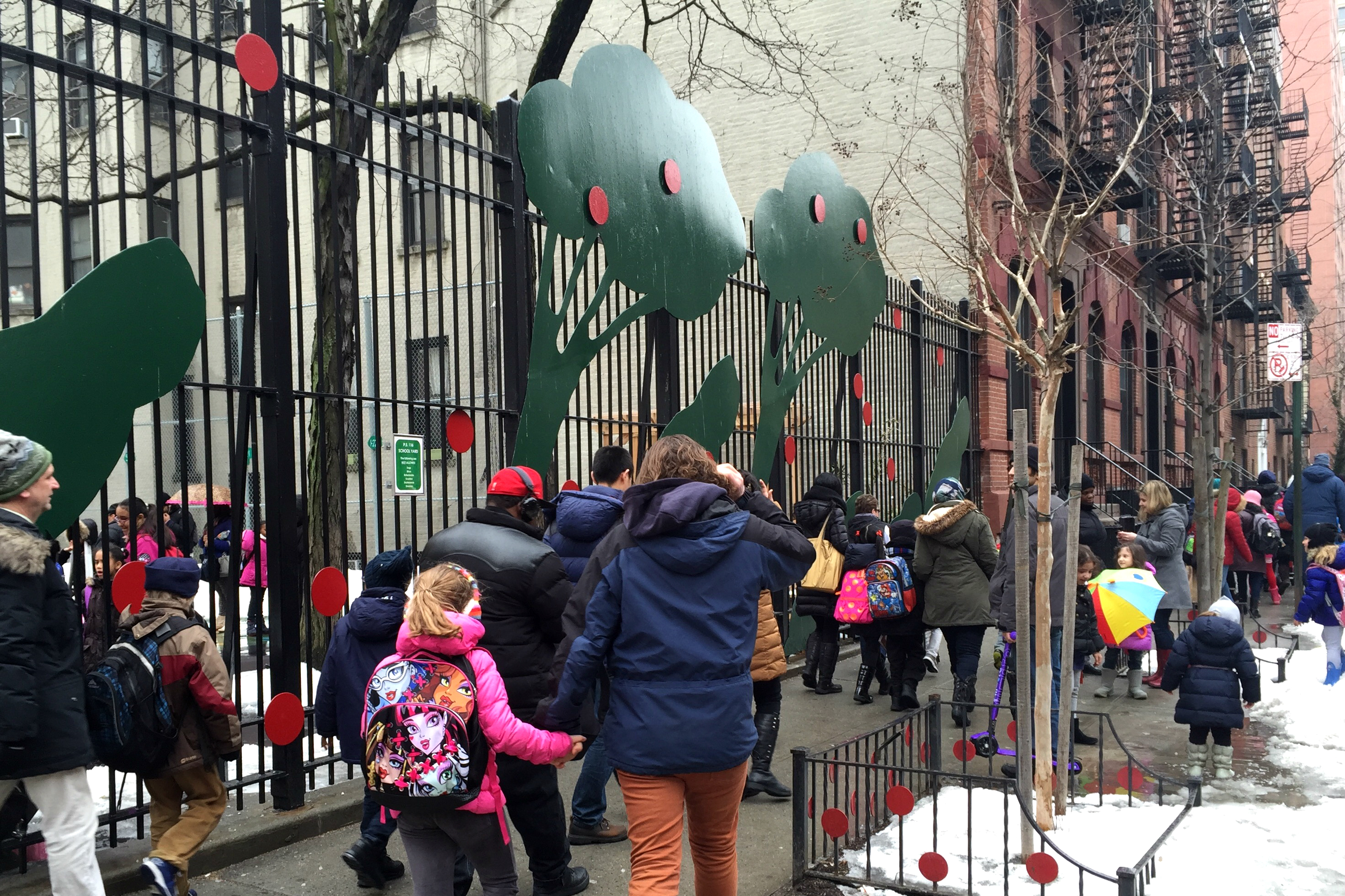 March 5: DNAinfo's Heather Holland reported on a public elementary school, P.S. 116, that stopped assigning traditional homework to its students and encouraged them to play, read and socialize with family instead, sparking outrage among some parents. A school committee studied the effects of homework for over a year and concluded that there was no evidence directly linking homework to academic success.

► Mom Arrested After Asking Police to Talk to Young Son About Stealing: Suit 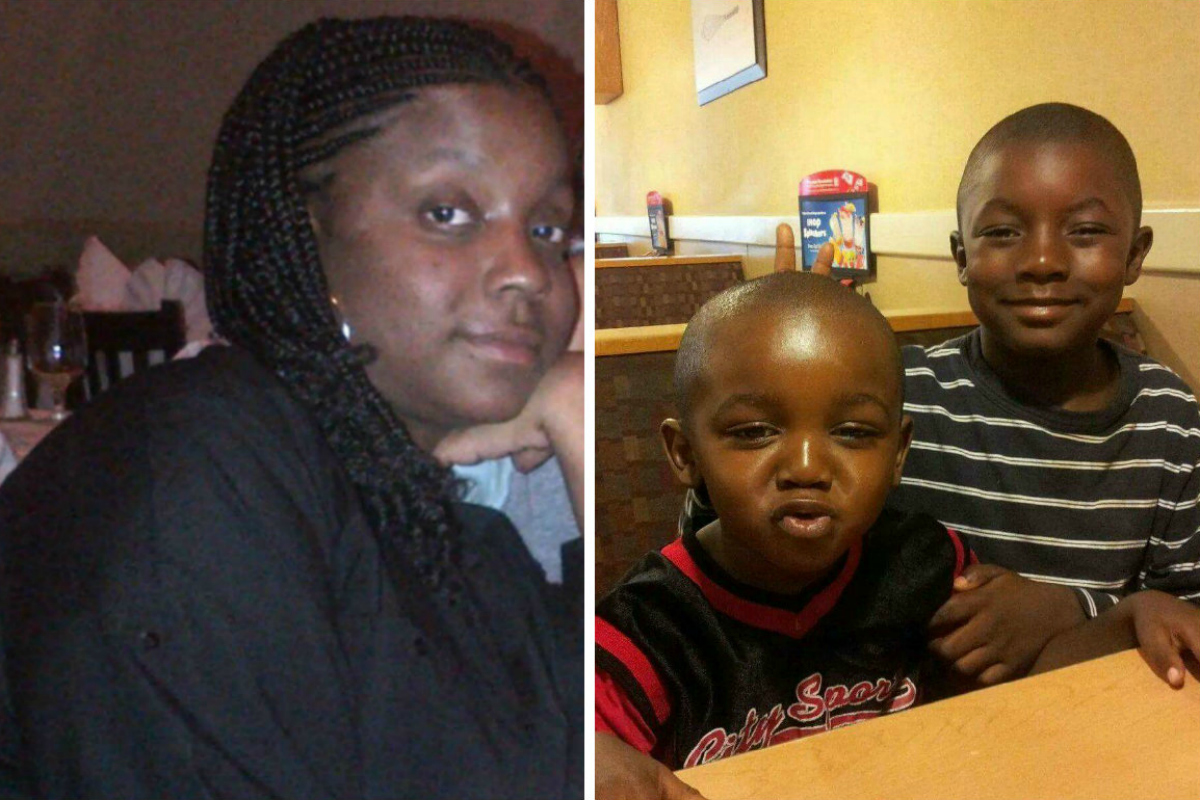 Tyeesha Mobley, the mother of Keyshawn, 4, and Tyleke, 9, sued the NYPD, claiming she was falsely arrested. DNAinfo/James Fanelli

March 17: Our investigative reporter James Fanelli wrote about a Bronx mom Tyeesha Mobley, 29, who sued the city and NYPD after she had called the police to teach her son why stealing is wrong and ended up wrongfully arrested and taunted by an NYPD officer that “black b----es don’t know how to take care of your kids.” Her children were taken away and put in foster care for four months while she fought a child endangerment charge that was later dismissed. 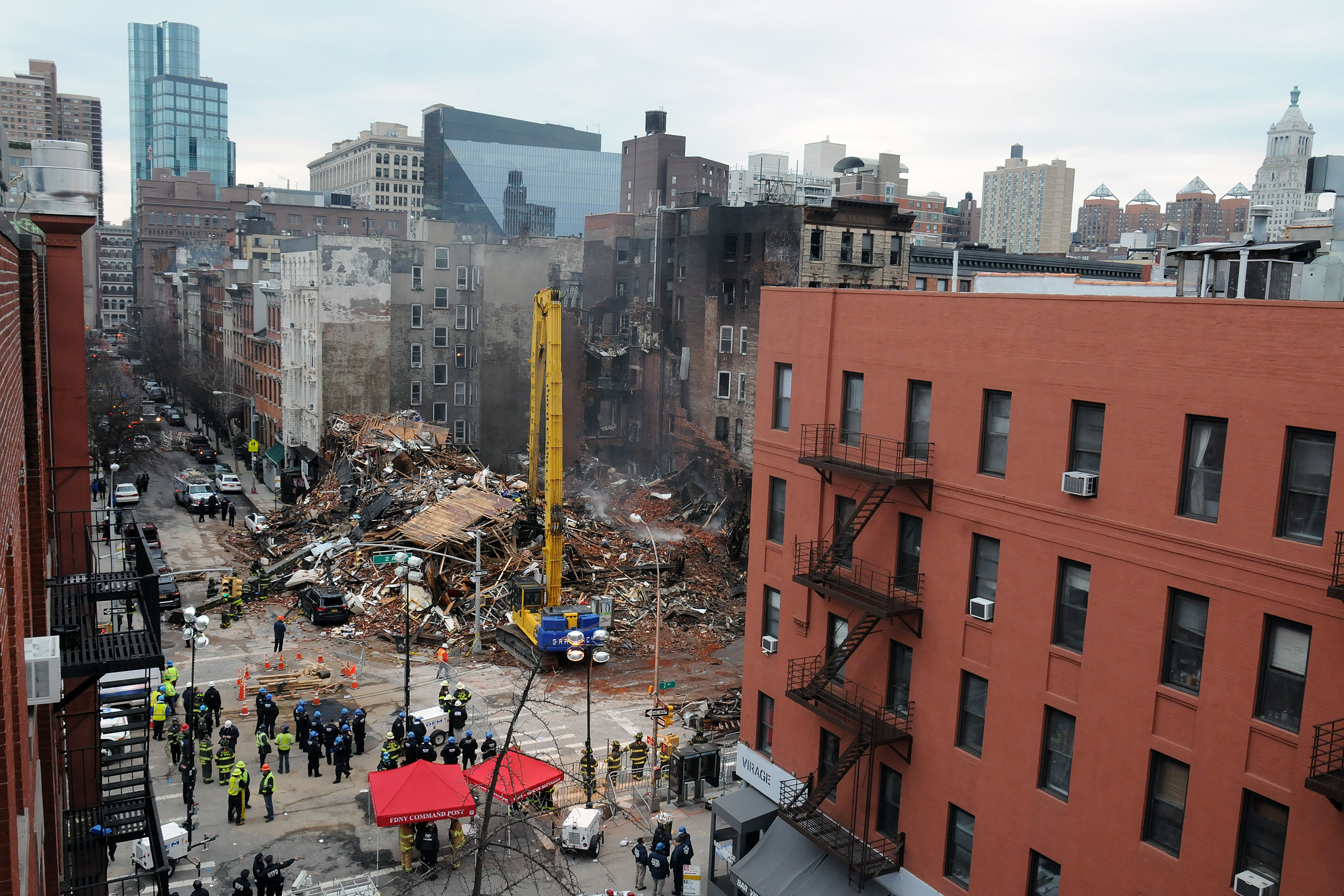 March 26: New York City was shaken up when an East Village gas explosion and resulting fire at Sushi Park, 121 Second Ave., killed two people, injured dozens, and destroyed neighborhood businesses. The explosion, investigators say, was caused by plumbers damaging a gas line that was being improperly siphoned to feed an excess number of units. Fundraisers were set up to raise money for the victims and their families and local businesses affected by the explosion. 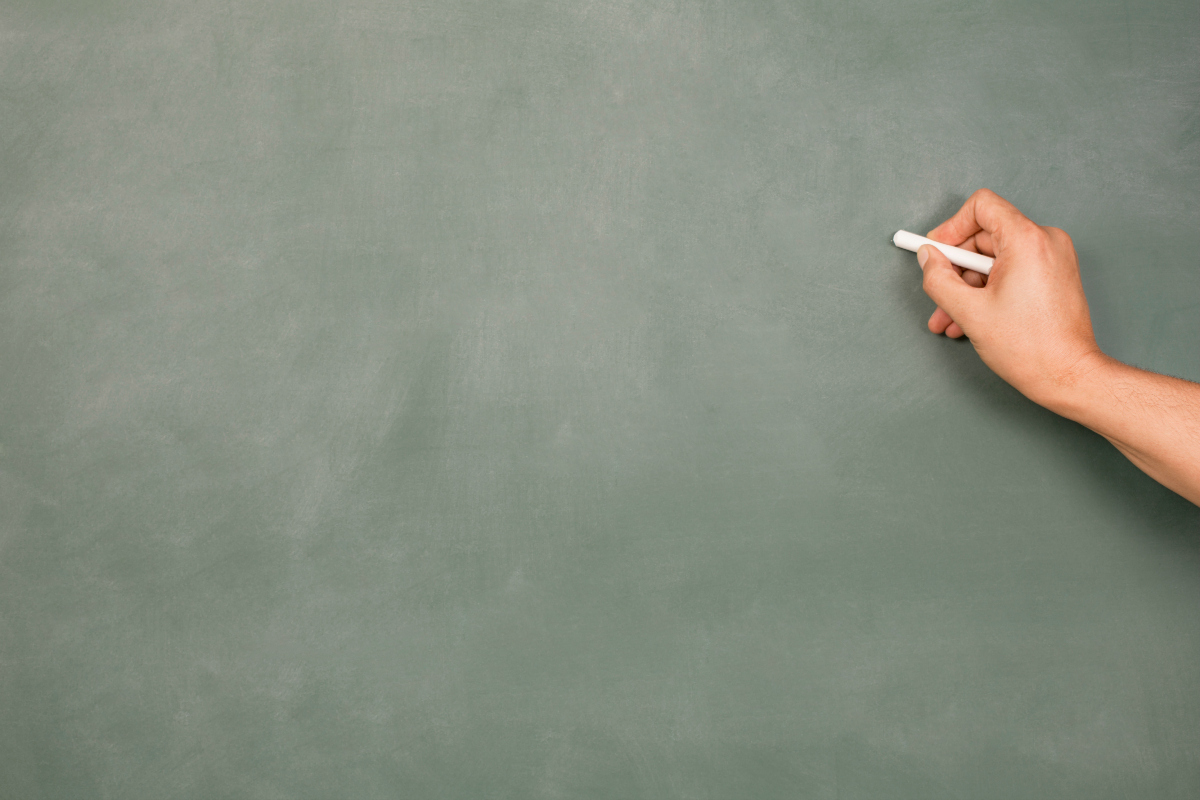 The principal of P.S. 18 in Inwood fired teacher Madeline Luciano after she let a student write on a chalkboard the reasons why eighth-grade students didn't like a particular classmate. Credit: Thinkstock.

April 15: A public school teacher was fired after telling her eighth-graders to write down what they disliked about one of their fellow classmates, a 13-year-old girl. Teacher Madeline Luciano had confronted the class in P.S. 18 in Inwood about the girl’s stolen bag, and when students said that they didn’t like the girl, she had them explain why in writing, resulting in them calling her “ugly," "annoying," and “phony” until she cried. Luciano was fired but fought to overturn her termination.

► The Most Loud Sex Complaints in New York City Come From This Building: Data

April 22: DNAinfo's James Fanelli looked at the city’s 311 reports that showed 133 complaints of neighbors’ loud lovemaking from Jan. 1, 2014 to Feb. 12, 2015. The biggest offender was a Bay Ridge couple who had already logged six complaints by April 2015 and likely a few more by now. 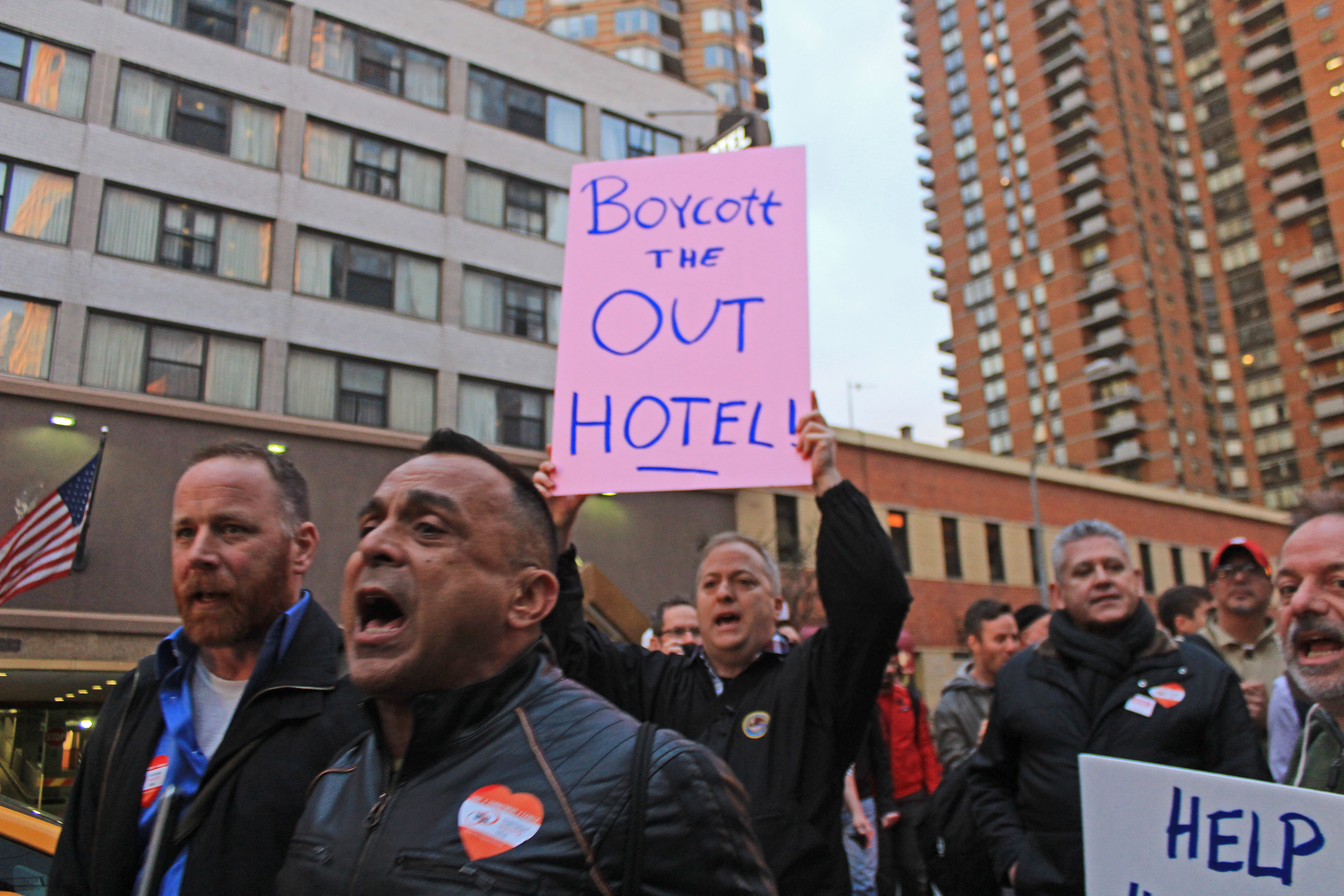 April 24: A meeting between the owners of gay hotel The OUT and presidential candidate Ted Cruz in April provoked a storm of outrage and a boycott. The co-owners, Ian Reisner and Mati Weiderpass, agreed to meet with Cruz to ostensibly have him “rethink his view on gay marriage,” Reisner said. They released an apology a week later, but critics were not pacified. The protesters were criticized as being “gay extremists." Reisner admitted in May that he had donated nearly $3,000 to Cruz's campaign. 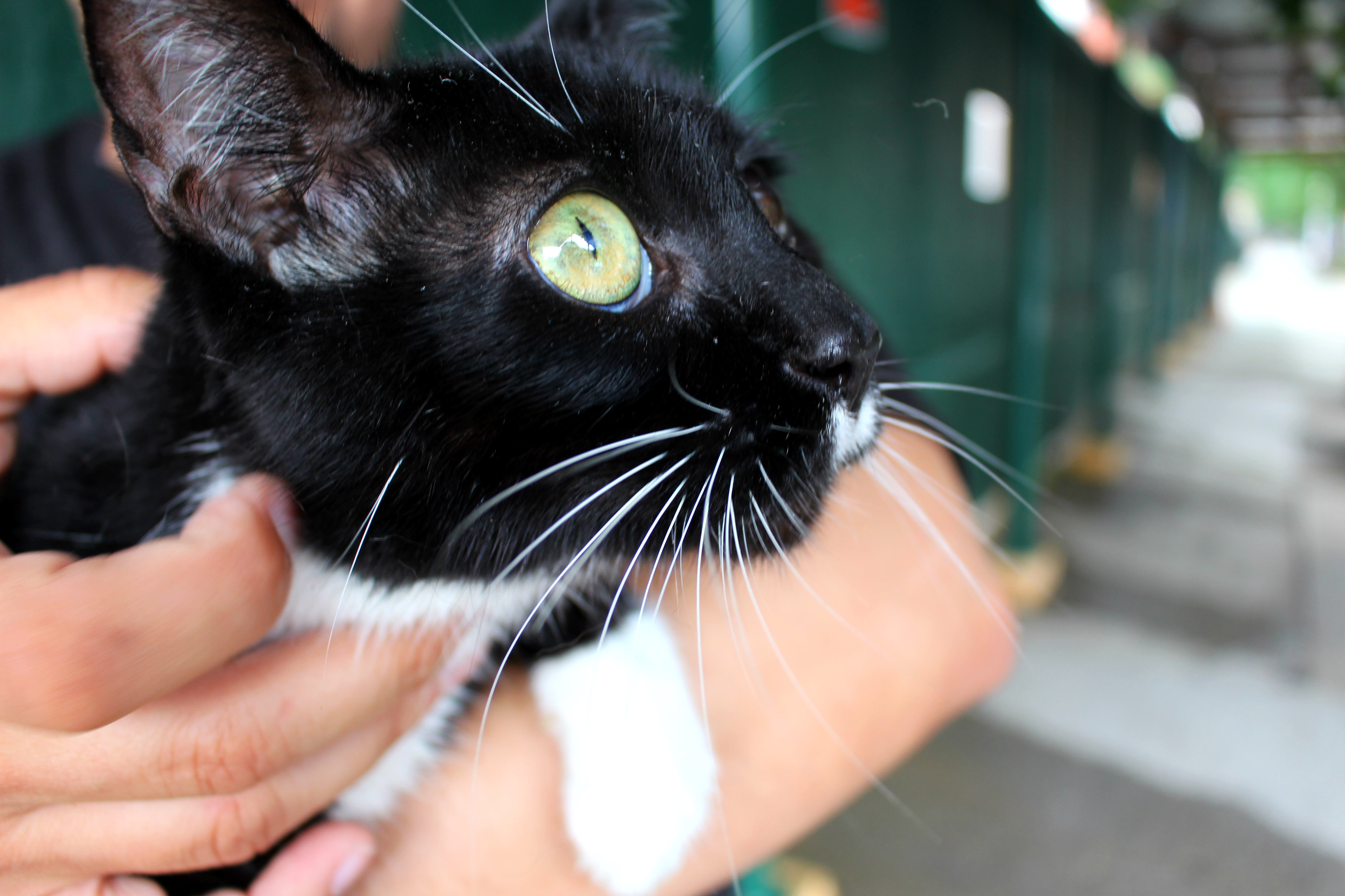 July 8: James "Jimmy" Leary ran a Bed-Stuy candy store for 40 years until he was evicted and locked out  after a judge ruled in favor of the building’s new deed holder. Leary's cat was trapped in the shuttered store for more than a month until she was finally discovered, and rescued from the roach-infested location. Sheshe was taken under the permanent care of the former store owner's friend, John Perez.

► Legionnaires' Disease Breaks Out in The Bronx 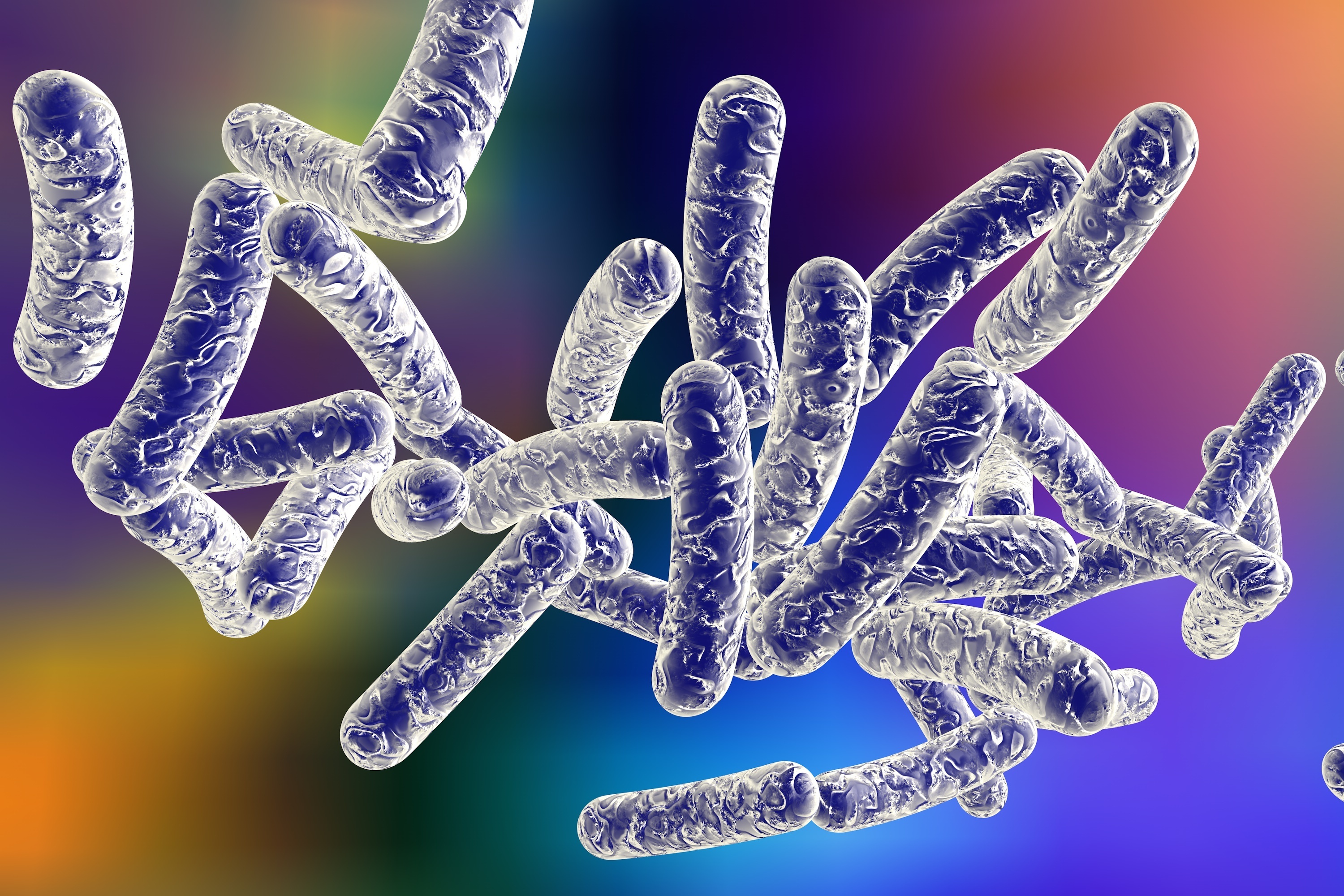 The Legionnaires' disease, pictured in microscopic view, broke out in The Bronx this year, killing 13 and infection over a hundred. Kateryna Kon/Shutterstock

July, September: The Legionnaires' disease in The Bronx dominated DNAinfo headlines over the summer and fall as an alarmingly high number of people succumbed to the water-borne illness. Scrutiny around the cleanliness of cooling towers — the origin of the outbreak — mounted, leading to a new regulation proposal. The first Legionnaires’ outbreak killed 12 people and sickened more than 120 in the South Bronx. A smaller but unrelated outbreak occurred in September in East Bronx, killing one and infecting 13. 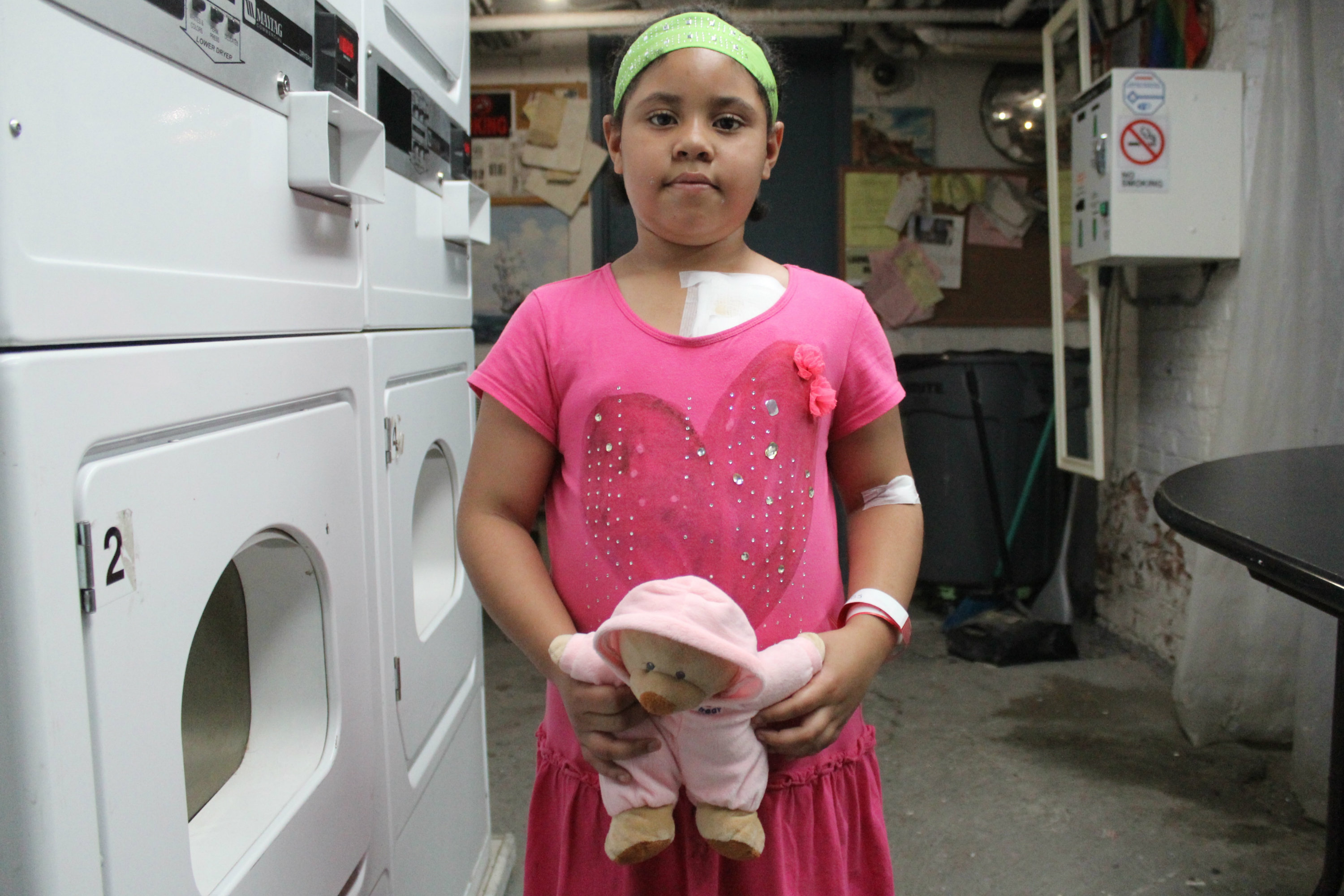 Lia Vega returned to the scene of the incident the morning after. DNAinfo/Trevor Kapp

July 30: A 6-year-old girl’s love for animals endured despite being attacked by a pit bull in July. While helping her grandma with the laundry, Lia Vega was bitten in the chest by a pit bull, Tiga, who was described as a “family dog.” Despite the lingering chest pain, Lia declared that still wants to become a veterinarian in the future.

► Draw Where You Think Your Neighborhood Borders Are on This Map

August 11: DNAinfo’s interactives guru Nigel Chiwaya created an ingenious interactive map of New York City to give New Yorkers a chance to continue one of our perennial debates — where exactly do our neighborhoods lie? Turns out, there are no official neighborhood boundaries, but hundreds of readers drew their neighborhoods on the map and compared their drawings with those of other residents, creating a visual of where our geographical imaginations overlap and where they disagree. 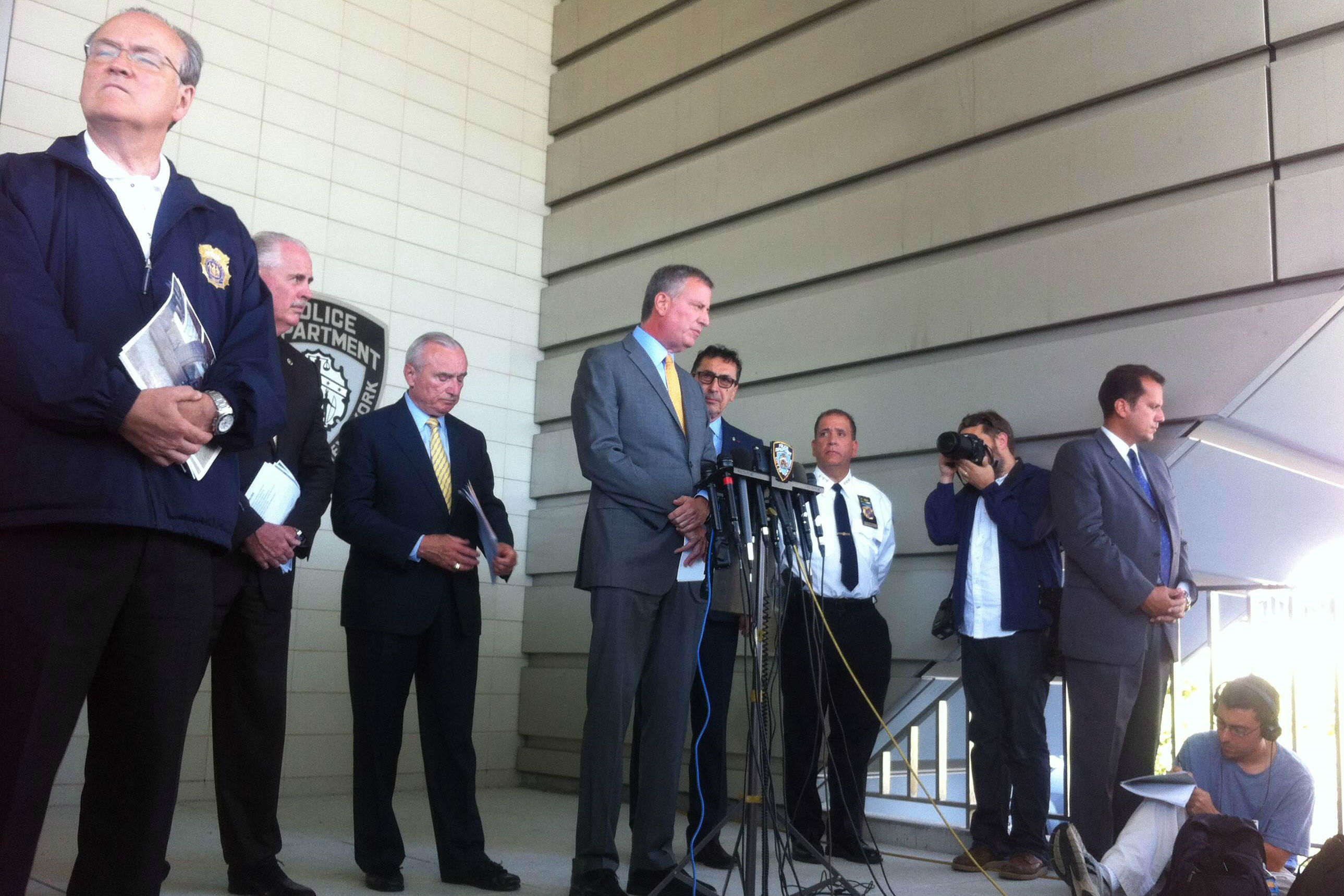 Mayor Bill de Blasio brushed off a question about his decision to go to the gym during a reputed gang member's standoff with police during a press conference at the 121st Precinct in Staten Island. DNAinfo/Anton Nilsson

August 14: Mayor de Blasio caught flak for working out for at least 80 minutes in the Park Slope Y during a tense standoff in Staten Island between a gang leader and the NYPD that ultimately led to the suspect's death. De Blasio went to the gym because he was waiting for word about whether he should go to the scene or the hospital, his spokeswoman said. However, many officials blasted his judgment, calling it “tone deaf,” especially after the Legionnaires' outbreak and release of bad polling numbers.

September 21: This video of a rat dragging a slice of pizza down subway stairs has amassed more than 8 million views, revealing that New Yorkers, despite our differences, are united by our urban trademarks: pizza and rats. The rat, which is going down a flight of stairs at the First Avenue L train station, nearly drags the pizza down to the bottom before giving up and scampering off. 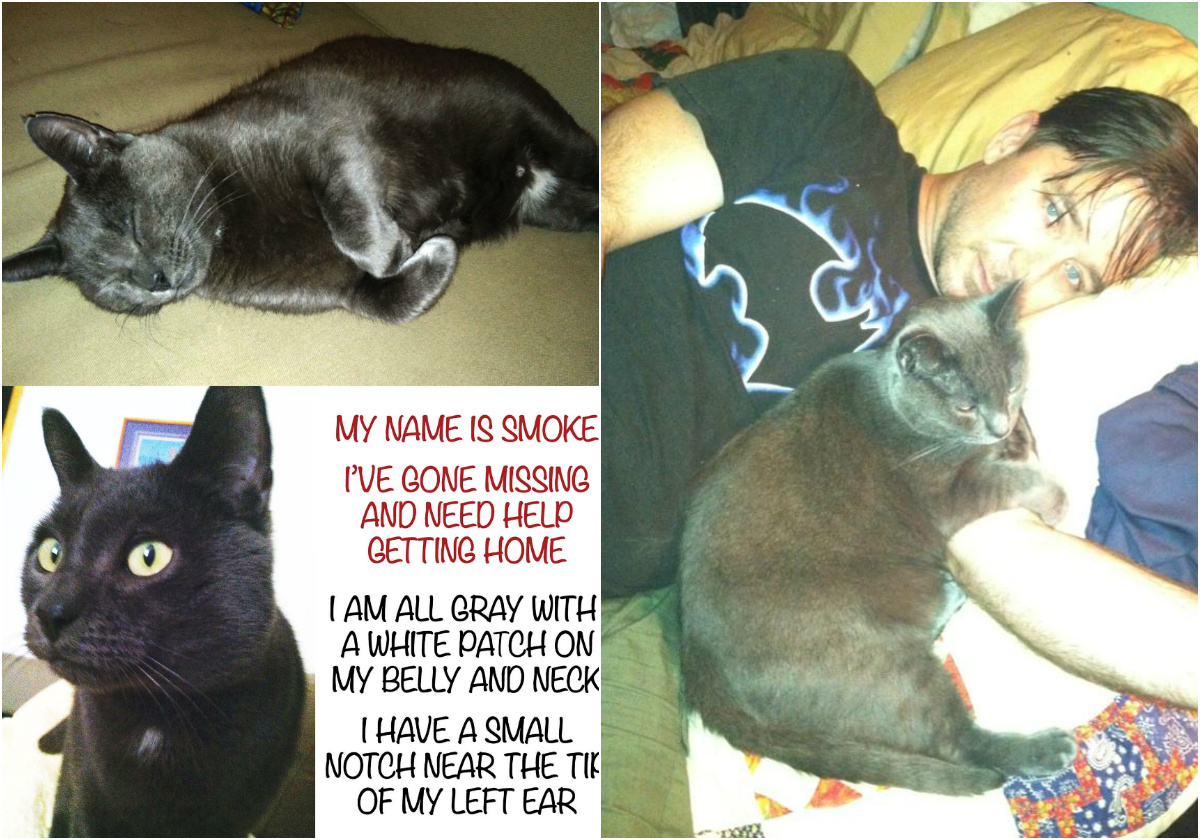 Jim Greene posted the above left flier all over Park Slope. On the right, Greene lounges with Smoke during happier times. Credit/Jim Greene.

September 11: Readers were moved by the story of a Park Slope pet owner who was reunited with his beloved cat and shower buddy after putting up more than 1,000 missing cat posters around the area. Nick Greene was crushed when he noticed his cat, Smoke, went missing in his backyard, and he commenced a six-week mission to find his cat until she was finally found, frail but in good health, in Red Hook. 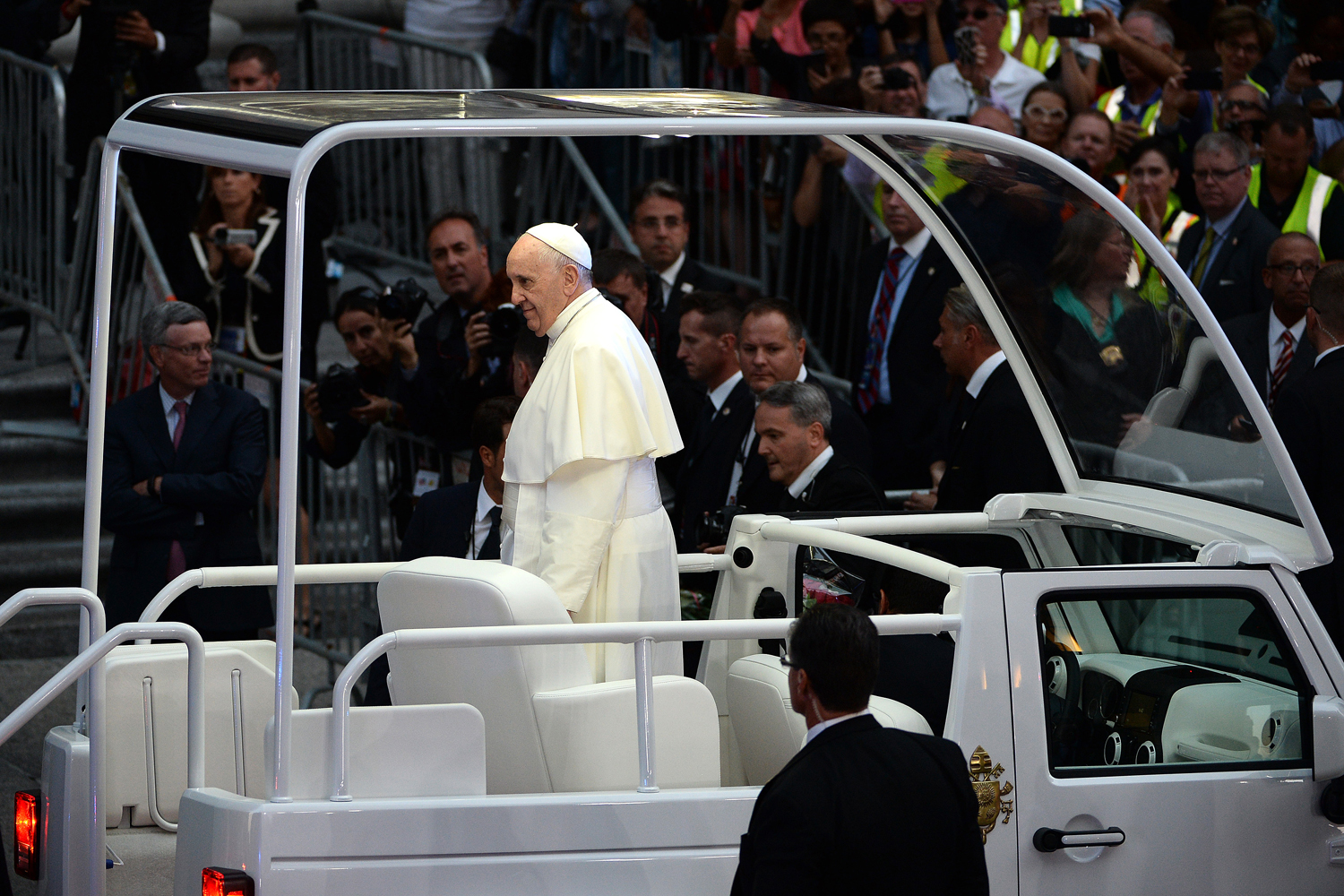 September 24-25: Pope Francis' first visit to New York City immobilized the city as hordes of people flocked to see His Holiness in person. His New York itinerary — including an address at the UN, a visit to an East Harlem School and celebrating Mass at Madison Square Garden — was liveblogged by our DNAinfo reporters. The security situation at the Mass in Central Park proved especially dire as thousands of people nearly missed their chance to see the Pope, but at the last minute, the security floodgates opened allowing ticket holders to pour into the park. 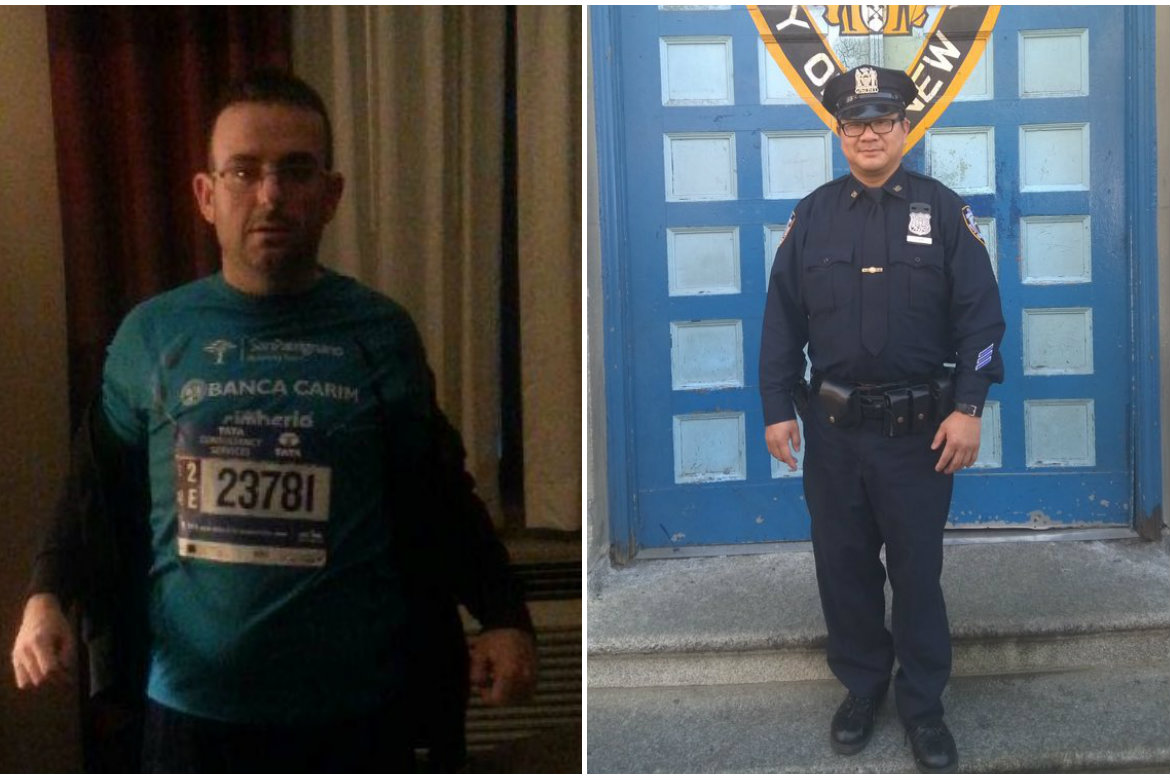 Gianclaudio Marengo, left, was found on the 2 train by Officer Man Yam, right, aboard the 2 train, police said. Credit/NYPD

November 3: The Italian runner from the New York City Marathon who went missing for two days was found by an off-duty NYPD officer on the subway, DNAinfo’s Murray Weiss and Aidan Gardiner wrote. Officer Man Yam, was reading a news story about the runner when he looked up and saw the man in front of him. Gianclaudio Marengo, 30, who ran even though he wasn't a registered entrant, had gotten lost and ended up sleeping on the street while trying to find his Italian race mates.

► Sheldon Silver Guilty on All Counts in Corruption Trial 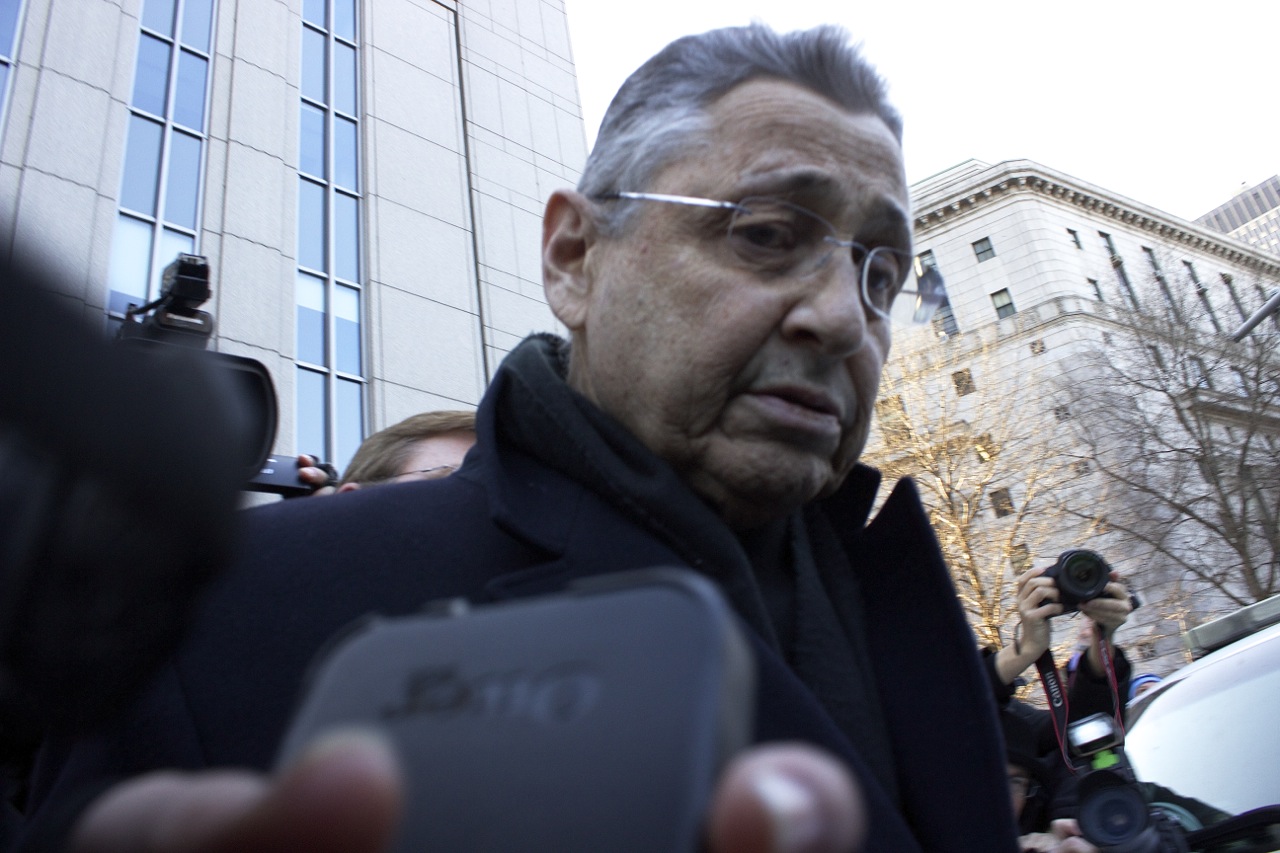 Assembly Speaker Sheldon Silver walks towards his vehicle after his arraignment in federal court on Jan. 22, 2014. DNAinfo/Lisha Arino

December 7: This surveillance video footage of a woman witnessing and then walking away from a fatal car crash while eating her pizza was ridiculous enough to attract national attention. An unlicensed driver hopped the curb and fatally struck Victoria Nicodemus, 30.