CROWN HEIGHTS — A severed goat head was discovered on a neighborhood sidewalk Thursday morning, a local resident said — the latest in a series of similar grisly scenes found in Prospect Park and Park Slope in recent years.

The goat head was found by a Crown Heights resident around 9 a.m. Thursday morning as he walked his dog on St. Marks and Grand avenues, he told DNAinfo New York. 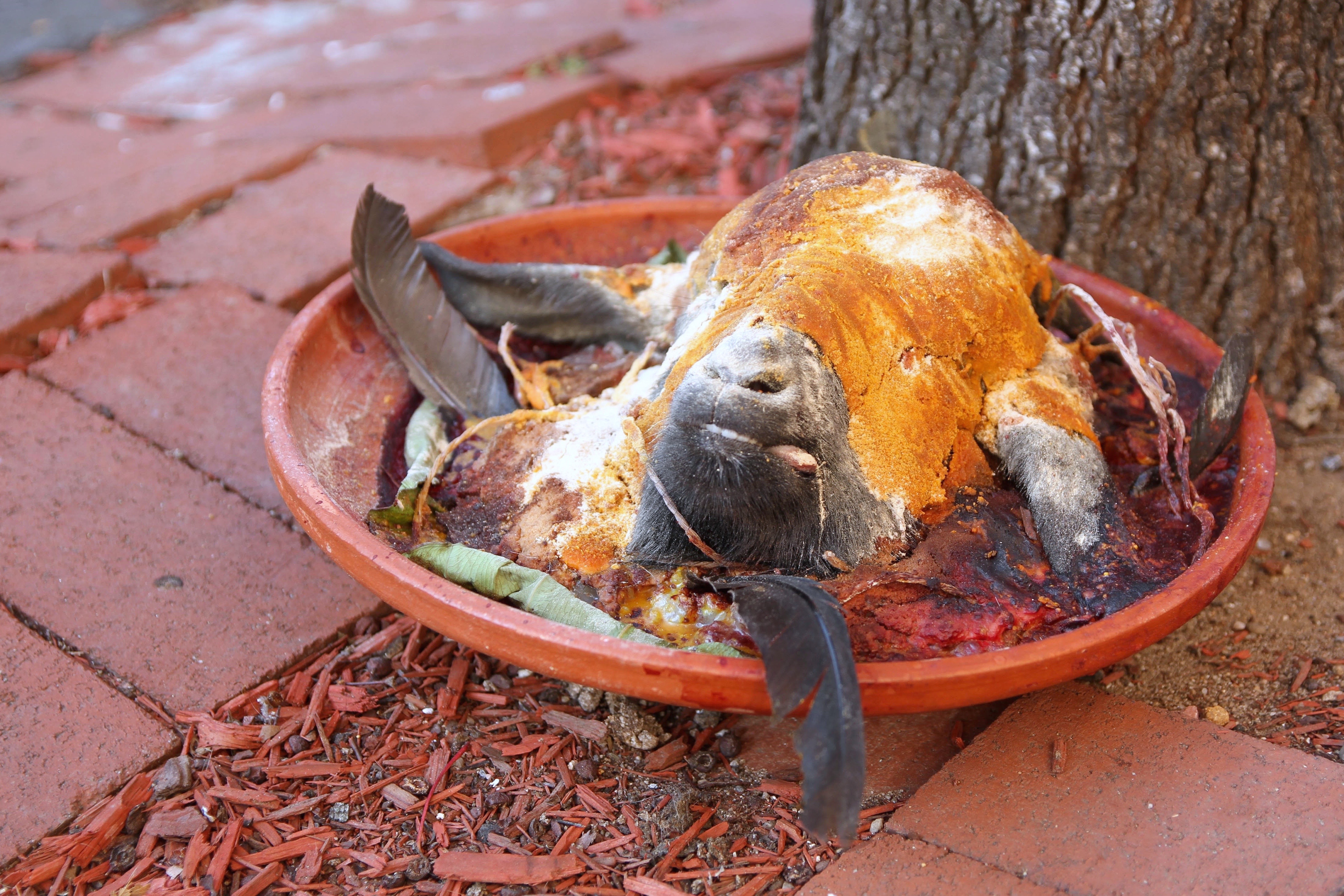 This severed goat head was found on St. Marks Avenue near Grand Avenue in Crown Heights by a local resident walking his dog on Thursday morning. (Photo credit: DNAinfo/Alexandra Leon)

The man, who did not want to be named, said he reported the discovery to 311 right away.

Two hours later, the goat head was still on the St. Marks Avenue sidewalk, sitting in a large ceramic dish, surrounded by feathers and wrapped in twine.

This is not the first time locals have spotted disembodied goat heads in the area. This spring, a woman found a severed goat head while walking her dog near Ronald McNair Park — located blocks from the goat head found Thursday — also stuck with feathers, wrapped in twine and in a similar large orange dish.

In spring 2014, a man and his girlfriend stumbled upon a severed goat head in Prospect Park and in the fall of that year, two skinned animal heads were found dangling from a Park Slope street light.

Those instances prompted a New York Magazine investigation of the severed goat head trend in Brooklyn, which explored rumors of a link between the animal parts and Santeria religious practices.