'Subway Kitten' Made Famous During 2013 Mayoral Election Has Gone Missing

PROSPECT HEIGHTS — A subway kitten is on the loose again.

One half of a pair of male kittens found on the tracks of the B and Q trains in 2013 has gone missing, his owners told DNAinfo New York.

Arthur the cat, now 2 years old, slipped out of a window at his Prospect Heights apartment on Nov. 20, said owner Katherine Lynn, who with her husband took in the tabby and his brother, August, after they were put up for adoption by the city.

This is the first time Arthur has ever been away from home, she said — or away from August. She said the pair are bonded to the point where “they don’t even like to be separated by a door” in the apartment. And now, August is “totally beside himself” without his brother. 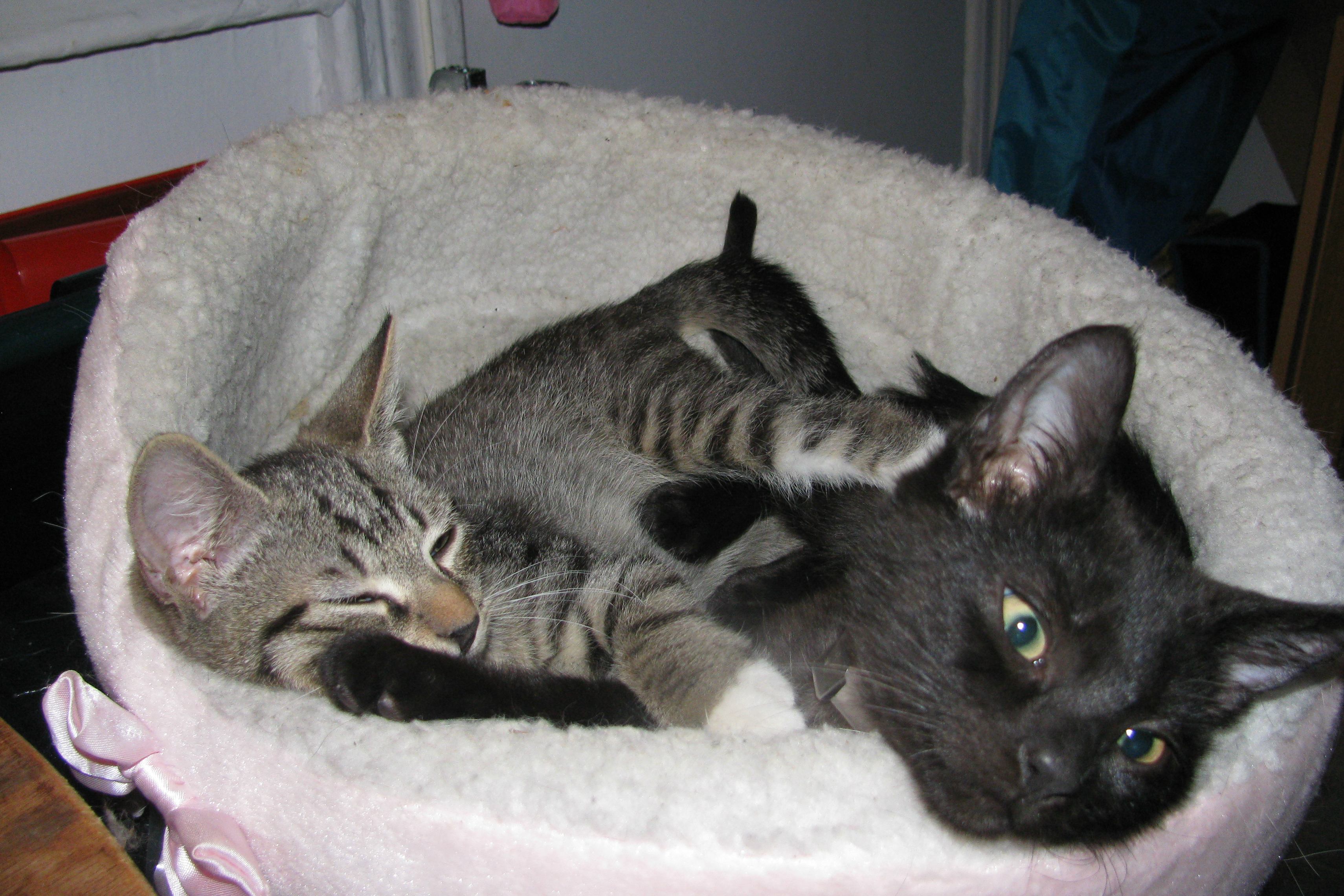 Arthur, left, and August, right, lounge together several weeks after being rescued from subway tracks near Church Avenue in Brooklyn in 2013. The city put the pair up for adoption when the kittens were about two months old. [Photo credit: Animal Care and Control]

She and her husband posted fliers around the neighborhood asking residents to keep an eye out for Arthur, who is “extremely shy” and likely won’t respond to being called or coaxed by a stranger; anyone who spots him should call Lynn directly at (646) 789-5626 or through a Facebook page dedicated to the search.

In the meantime, the couple put humane traps in the area to entice Arthur to come home.

Arthur was last seen on Nov. 28 on St. Marks between Carlton and Flatbush avenues, Lynn said.

The two kittens caused quite a splash when they appeared on the Brooklyn subway tracks two years ago. The MTA cut service on the B and Q lines for two hours to rescue the kitties, which became front page news when mayoral candidate at the time Joe Lhota said he wouldn’t have stopped train service to save the cats.