Scuba divers from the NYPD's Harbor Unit searched in the dark of the river on their stomachs, finding the Glock .40 at 3 a.m. Sunday, according to Manhattan Chief of Detectives William Aubry said.

"That is the gun that we have been looking for," NYPD spokesman Stephen Davis said during a press conference at police headquarters Monday afternoon.

Investigators have done forensics tests to match the weapon to the shooting, Davis added, though he would not say what specific tests were done.

The gun was recovered by Detective John Mortimer, a veteran diver with the NYPD's scuba team.

"I knew what it was as soon as I brought it up," Mortimer said during the press conference. "Everybody was just elated."

It was located 20 feet below the surface, 100 feet north and 40 feet out from where a magazine from the gun had been found, the NYPD said.

Aubrey said that any piece of evidence — whether a gun or a bullet — is "very important" to their investigation.

"We have an obligation to Police Officer Holder and his family to find every piece of evidence that we can," he said.

Traffic was shut down on the FDR Drive early Sunday to allow more than 100 police officers to scour the area between East 120th and East 123rd streets, according to the NYPD. 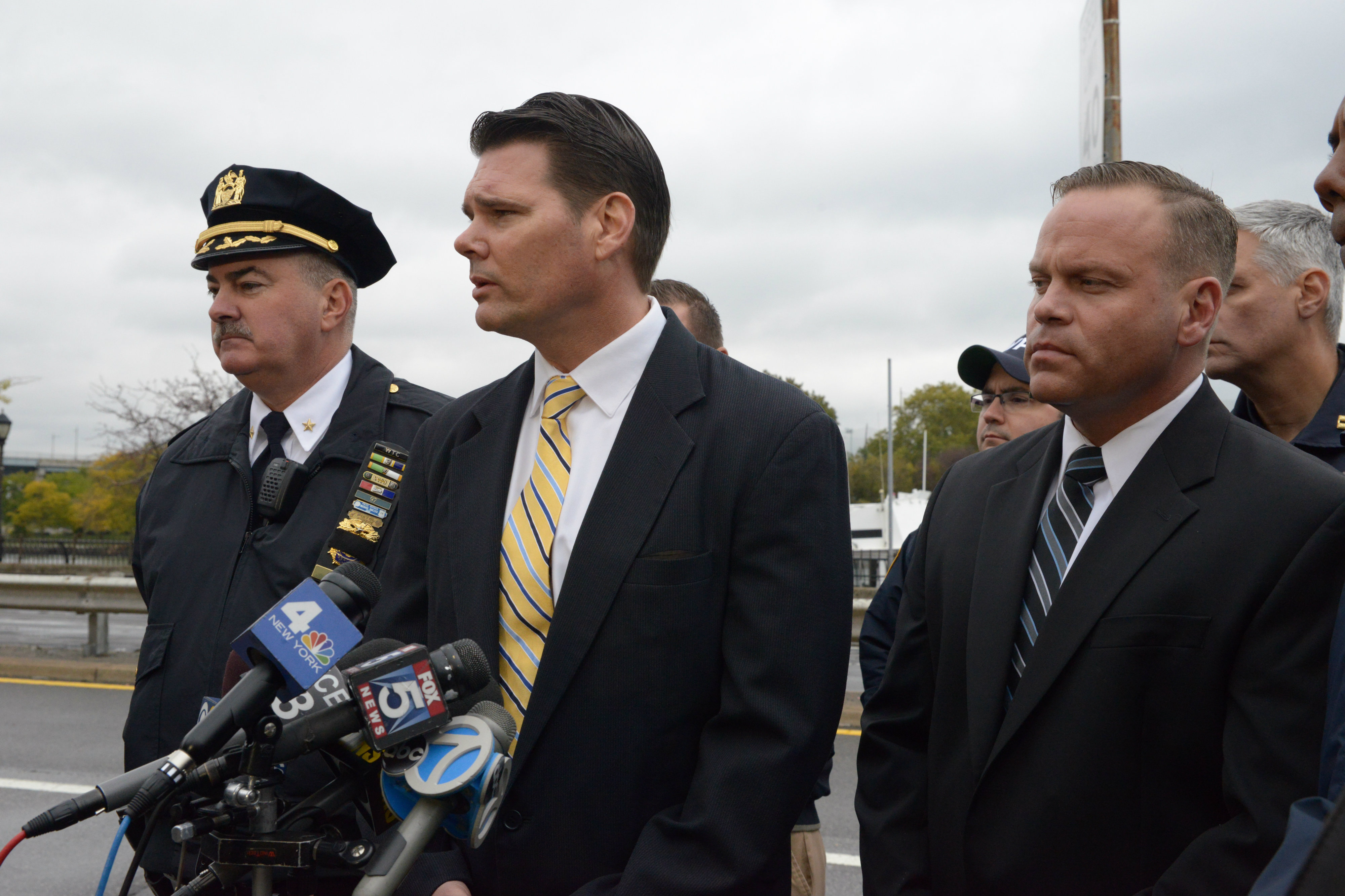 Holder was shot in the head by career criminal Tyrone Howard, 33, during a shootout between rival gangs in a park near the Wagner Houses, next to the FDR Drive, police said.

Holder, a five year veteran of the NYPD, was shot when he and his partner confronted one of the suspected gang members who had robbed a man of his bike as he attempted to flee from East 102nd Street and the FDR Drive on Oct. 20.

He will be brought to his native Guyana for a burial.