The founder of the design group Buscada and former neighborhood resident moved to the area in 2000, at which time she began collecting stories from locals — or “tour guides,” as she calls them — about the blocks they called home.

“I’d ask people to give me tours of their neighborhood — whatever they considered to be Prospect Heights,” she said. “People had a lot to say.”

The project, conducted through 2005, coincided with the run-up to the creation of the Atlantic Yards (now Pacific Park) complex, located in the northwest corner of the neighborhood. Now, more than a decade later, she wants to share those stories and collect others about how the neighborhood has changed through a month-and-a-half-long participatory art project titled “Intersection: Prospect Heights.”

“What’s happened in the last 10 years is very, very significant. The changes are quite radical,” she said.

The project will take place in several parts over multiple weeks. Starting Oct. 3 through Nov. 15, photographs and stories Bendiner-Viani collected between 2000 and 2005 will be displayed in six pamphlets, or “guidebooks,” available at local dry cleaners, bars and grocery stores, she said.

Then on Oct. 17, she and some of the original subjects of her work will lead a tour of the neighborhood, starting at the Met Food supermarket on Vanderbilt Avenue at 3 p.m. to revisit some of their old haunts, many of which, like The Usual diner and the Zenith electronics store, are gone.

“I would say at least half of them are no longer there,” she said. 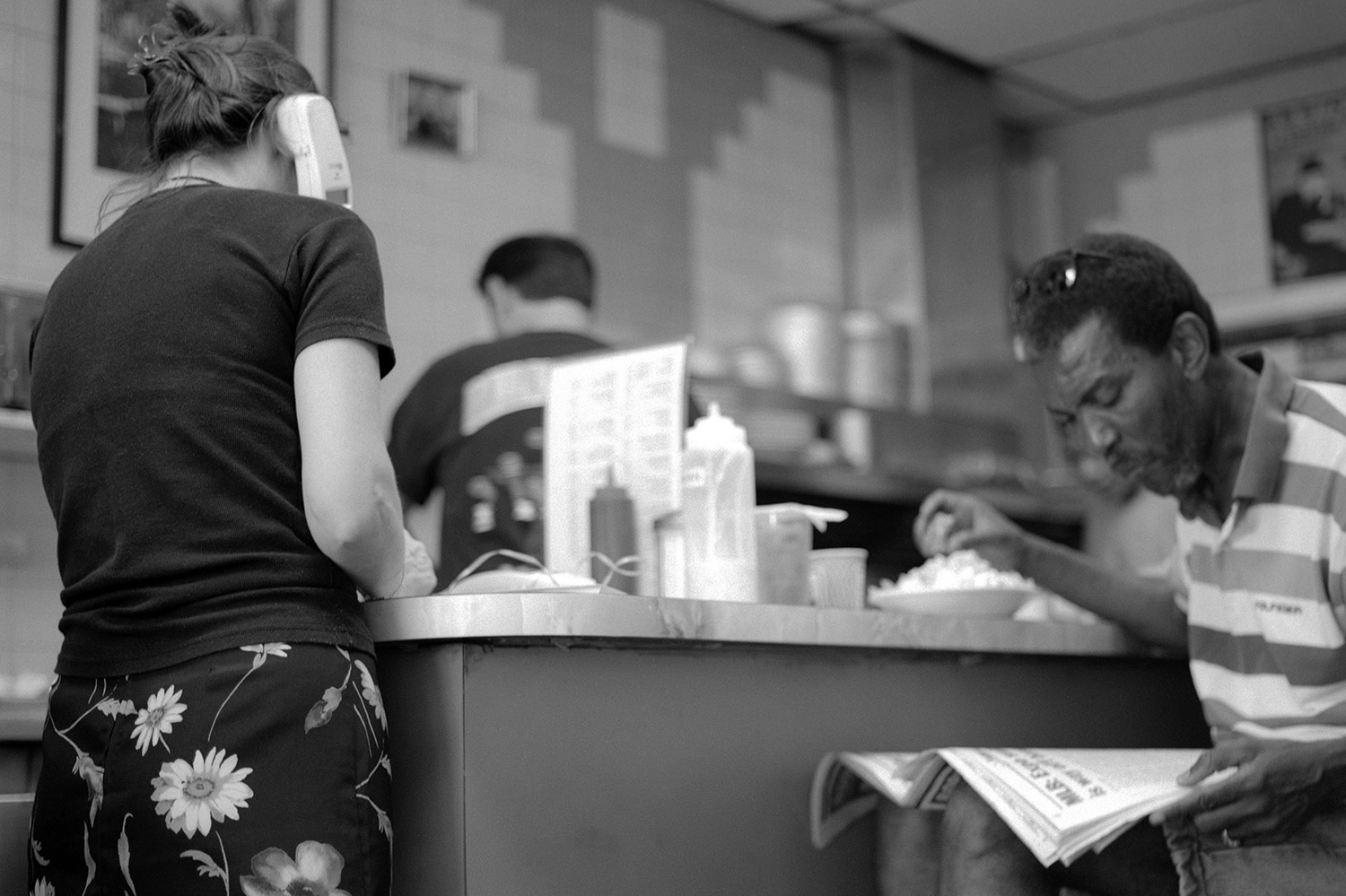 The Usual Diner, which closed this summer in Prospect Heights, is one of the stops on the tour of the neighborhood's recent past created as part of the "Intersection: Prospect Heights" art project set to begin on Oct. 3. (Photo credit: Gabrielle Bendiner-Viani)

The project, sponsored by the Prospect Heights Neighborhood Development Council, Buscada and the Brooklyn Public Library, also includes two storytelling sessions on Oct. 7 and Oct. 24 with guest speakers New Yorker writer George Packer and Public Advocate Letitia James, who will join locals in sharing their thoughts on what Prospect Heights is like now.

“The goal of my practice … is really this idea of creating work — public art or public dialogue or interesting design — to be a catalyst for community conversations,” Bendiner-Viani said.

That conversation will continue further with the opportunity for locals to record their stories about the neighborhood at the Brooklyn Public Library’s oral history department, where anyone can schedule a 30-minute session with an interviewer as part of the “Intersection” project.

Bendiner-Viani, who now lives in Washington Heights after several years of living outside of New York, said she hopes seeing the neighborhood’s very recent past helps its current residents “see the present more clearly.”

“You don’t have to go back 100 years for there to be significant difference,” she said.

For times and locations of the various “Intersection” events or for more information about the project, visit inter-section.org.

How to Score an NYC Rental Despite Bad Credit