PROSPECT HEIGHTS — Atlantic Yards/Pacific Park is one building closer to being complete.

Developers for the Prospect Heights mega-project released architectural renderings of the complex’s fifth tower at a construction update meeting Wednesday night, giving neighborhood residents a first glimpse of the new condominium building to be constructed at 615 Dean St. 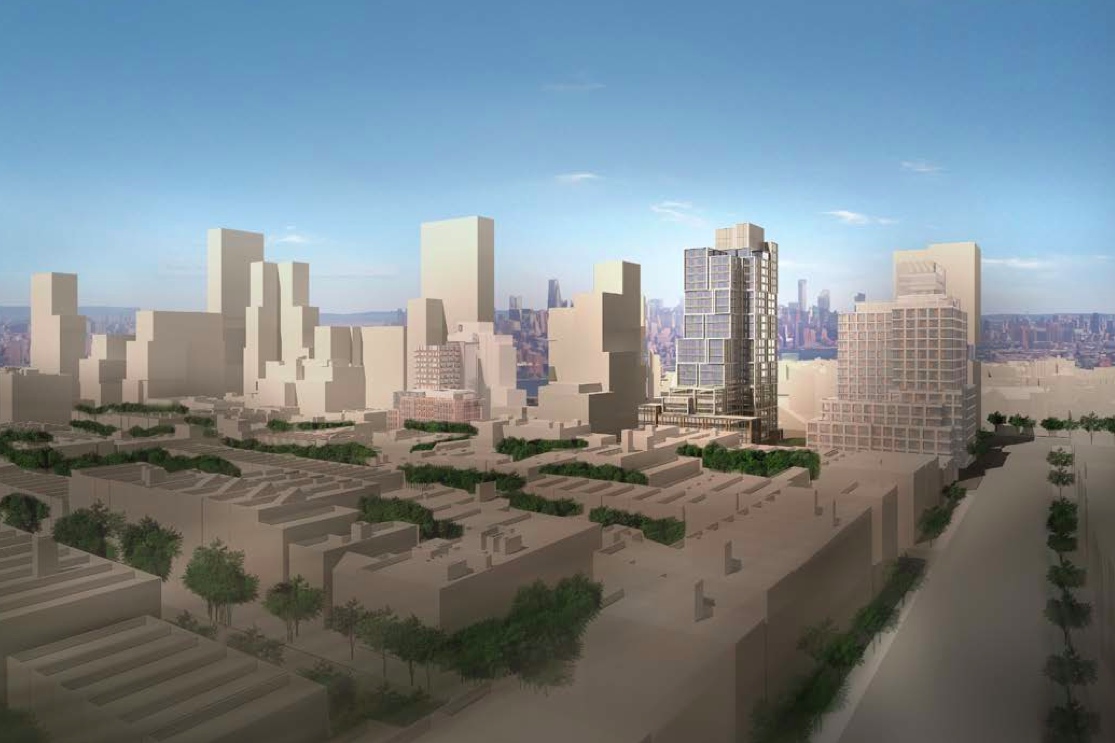 The façade of the 26-story tower between Carlton and Vanderbilt avenues, known to developer Greenland Forest City Partners as building “B12,” is designed to reflect the blocks around it, said lead architect Josh Chaiken of the firm Kohn Pedersen Fox. It will have a series of stacked rectangular boxes finished in a mix of industrial metal and brownstone-esque brick.

“The idea is to evoke the feeling of vertical living, but at the same time to reflect the scale of the context,” he said at the meeting.

The 312,000-square-foot building will have about 250 condominium units with two ground-floor retail spaces of 4,000 and 1,000 square feet each, said GFCP spokeswoman Ashley Cotton. Construction will begin at 615 Dean St. sometime this winter, she said, but an official groundbreaking has not yet been set. 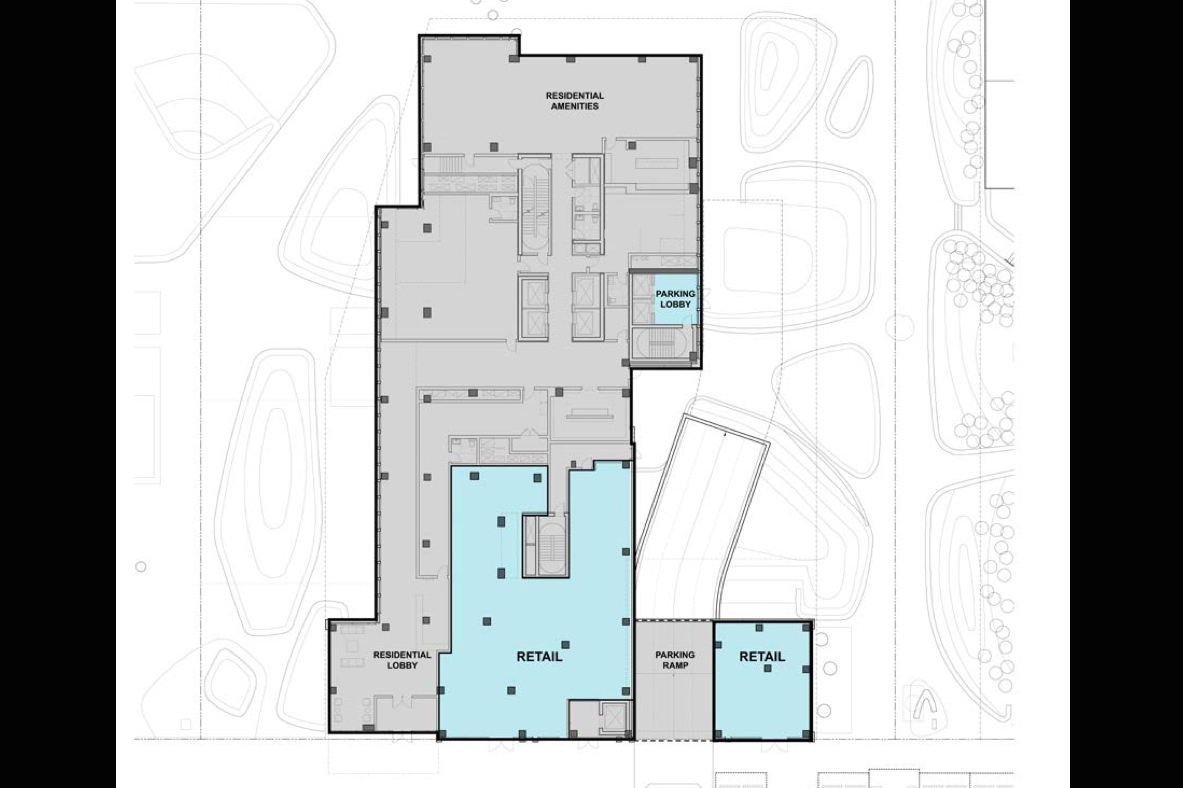 As the rendering of 615 Dean St. was revealed at the meeting, several neighbors of the project shook their heads, but only one spoke out about the design — to thank the architect for being realistic about its size.

"Thank you for showing a presentation that appears to have a true sense of scale to it," said Peter Krashes, a Dean Street homeowner who lives directly across the street from the soon-to-be tower, adding that he thought scale in previous renderings was “not apparent.”

"I don’t look at that building illustration and think 'Oh, this is self-conscious … it’s apologizing for scale by hiding it," he told Chaiken and the GFCP team. "So, I want to thank you for that."

The tower is the fifth to be built at the Atlantic Yards complex, which was renamed Pacific Park last summer. On either side of its footprint, work is underway at 550 Vanderbilt Ave., also a market-rate condominium building, and 535 Carlton Ave., comprised entirely of affordable housing rental units.