PROSPECT HEIGHTS — New safety improvements have arrived at one of the neighborhood’s busiest intersections, the Department of Transportation announced on Monday.

The three-way crossing of Atlantic, Washington and Underhill avenues on the border of Prospect Heights and Clinton Hill now has larger “pedestrian islands” (concrete medians meant to protect walkers), turn restrictions and new crosswalks and sidewalks.

The DOT built the new features in the past few weeks after the proposed project got the green light from local community boards this spring.

Residents who use the intersection have been lobbying to make it safer for years, including John Longo, who owns the nearby Underhill Avenue restaurant, Dean Street, and was seriously injured by a car that hit him while he crossed north on Atlantic Avenue in 2013, he said.

“I feel like this is the model after which we can pattern future fixes to intersections,” Longo said at a press conference at the location on Monday morning.

“I’ve crossed this intersection now since they’ve finished the job in every way you can, and in every single way, it feels like night and day. It’s so much safer,” he said. 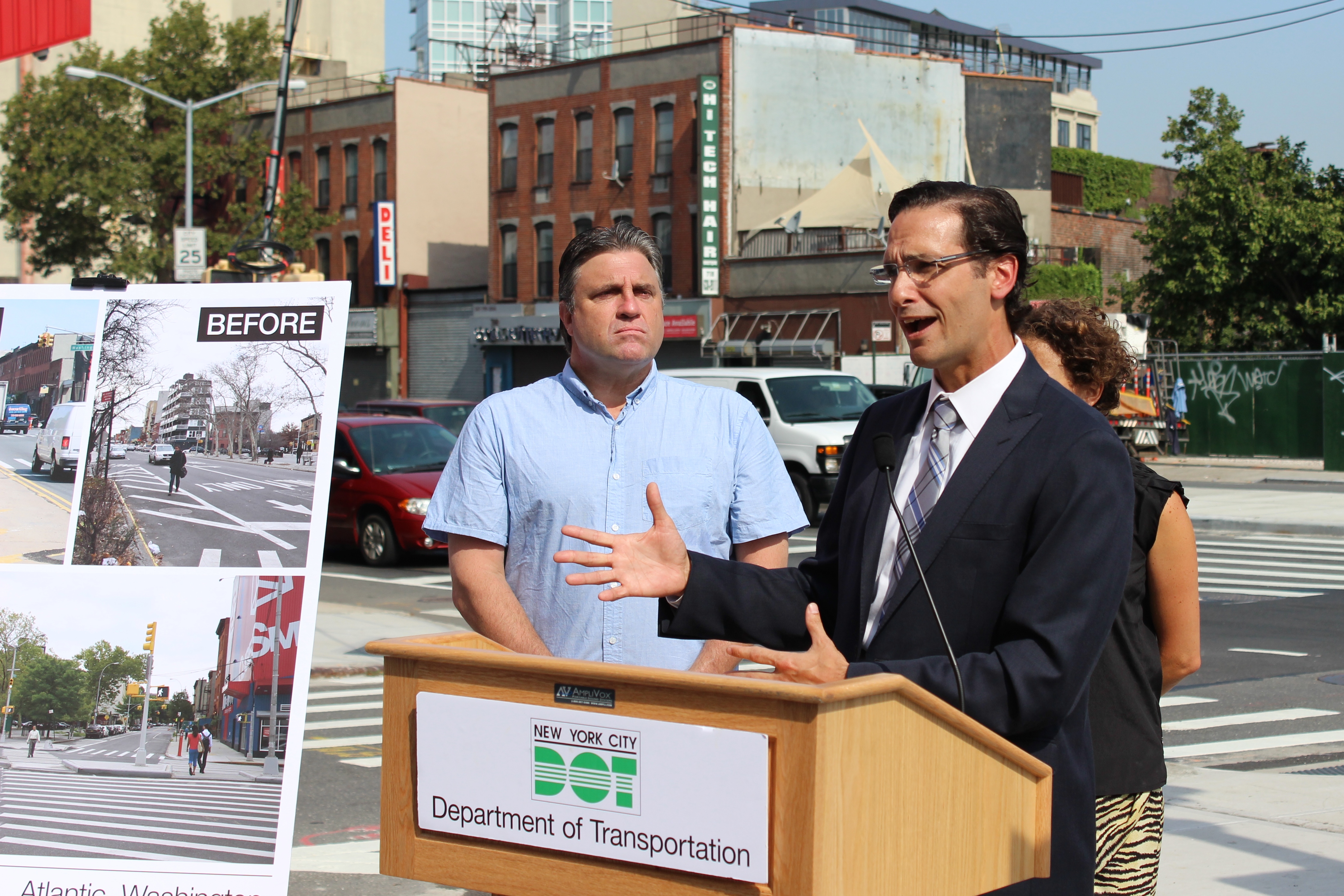 DOT deputy commissioner Ryan Russo said locals had made it very clear in recent years that “pedestrians did not feel safe” at the intersection.

“Obviously, we have a developing neighborhood here in Prospect Heights and Crown Heights where their subway station is on the other side of Atlantic Avenue — the C train,” he said.

The area’s City Council representative, Laurie Cumbo, said, too, that the expansion and growth in the neighborhood — including the plans for a new school to be built nearby in the Atlantic Yards/Pacific Park development — made the safety project a priority.

“It’s important that we get this right, now,” she said.

Here's Why a Fight Is Brewing Over 30,000 Affordable Co-ops in NYC

'The Get Down' Ripped Off My Club, Disco Fever, Hip-Hop Pioneer Says