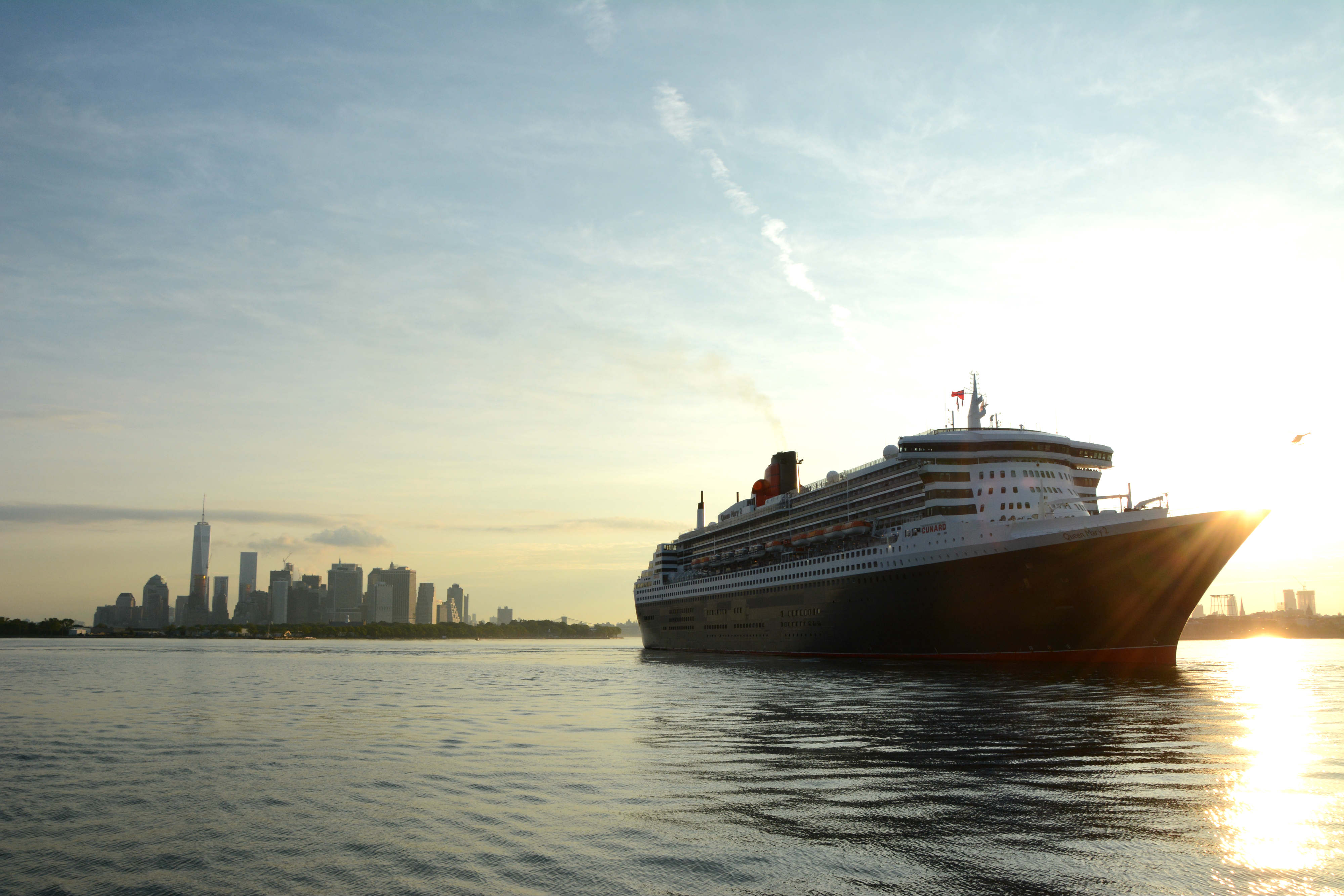 Cunard’s anniversary festivities will culminate Tuesday night with a light and music show displayed on Queen Mary 2 as she leaves for the return journey back across the Atlantic at about 9:30 p.m. She will stop in front of the Statue of Liberty during the show, which can be viewed by the public from Battery Park.

Earlier in the day, the anniversary will be marked by the ringing of the closing bell at the New York Stock Exchange on Tuesday afternoon by Capt. Kevin Oprey, master of the QM2.

Tuesday morning's parade of ships and vessels welcomed the ocean liner as it arrived at a port in Red Hook, including Mary A. Whalen, a historic oil tanker and base of maritime nonprofit PortSide NewYork. 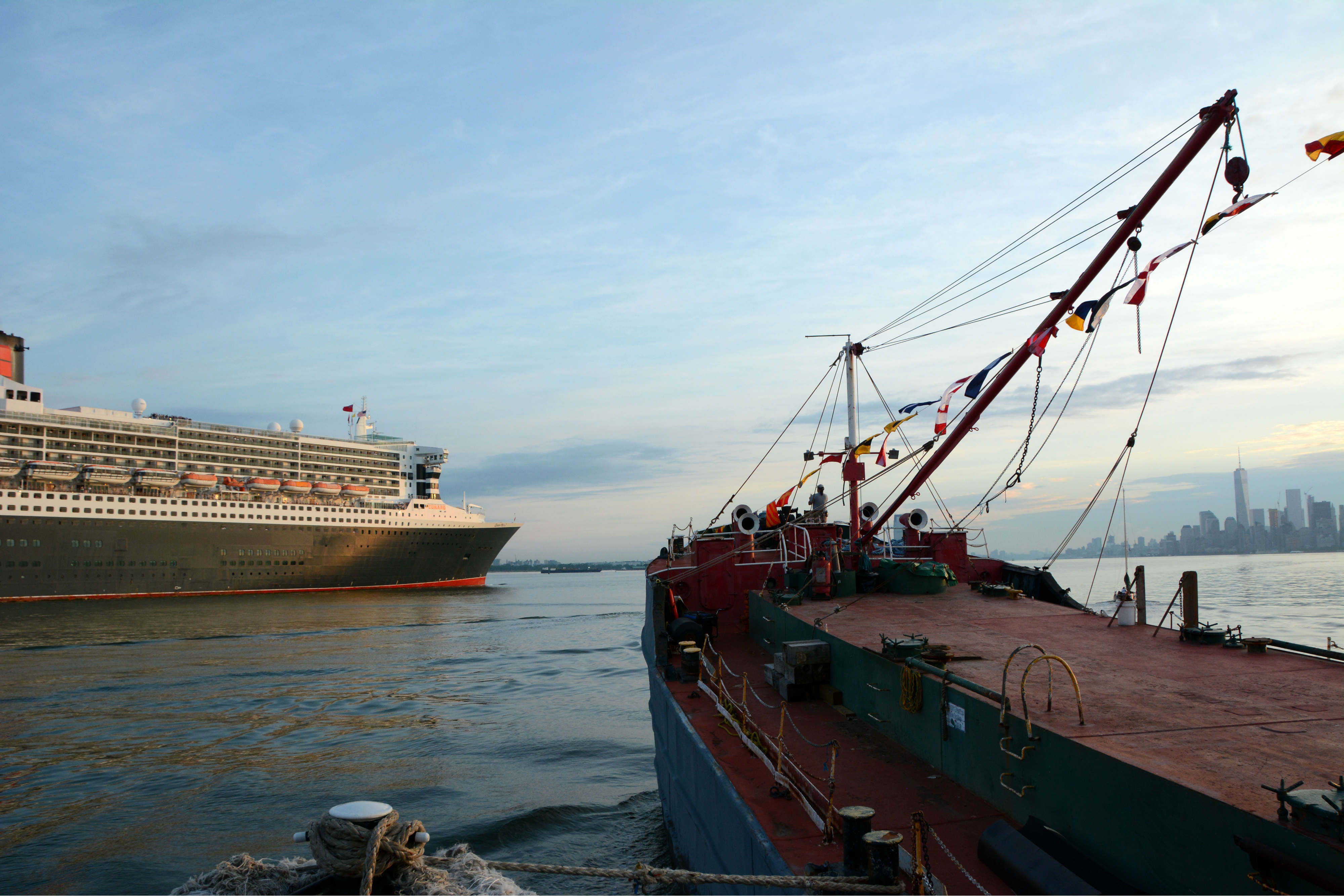 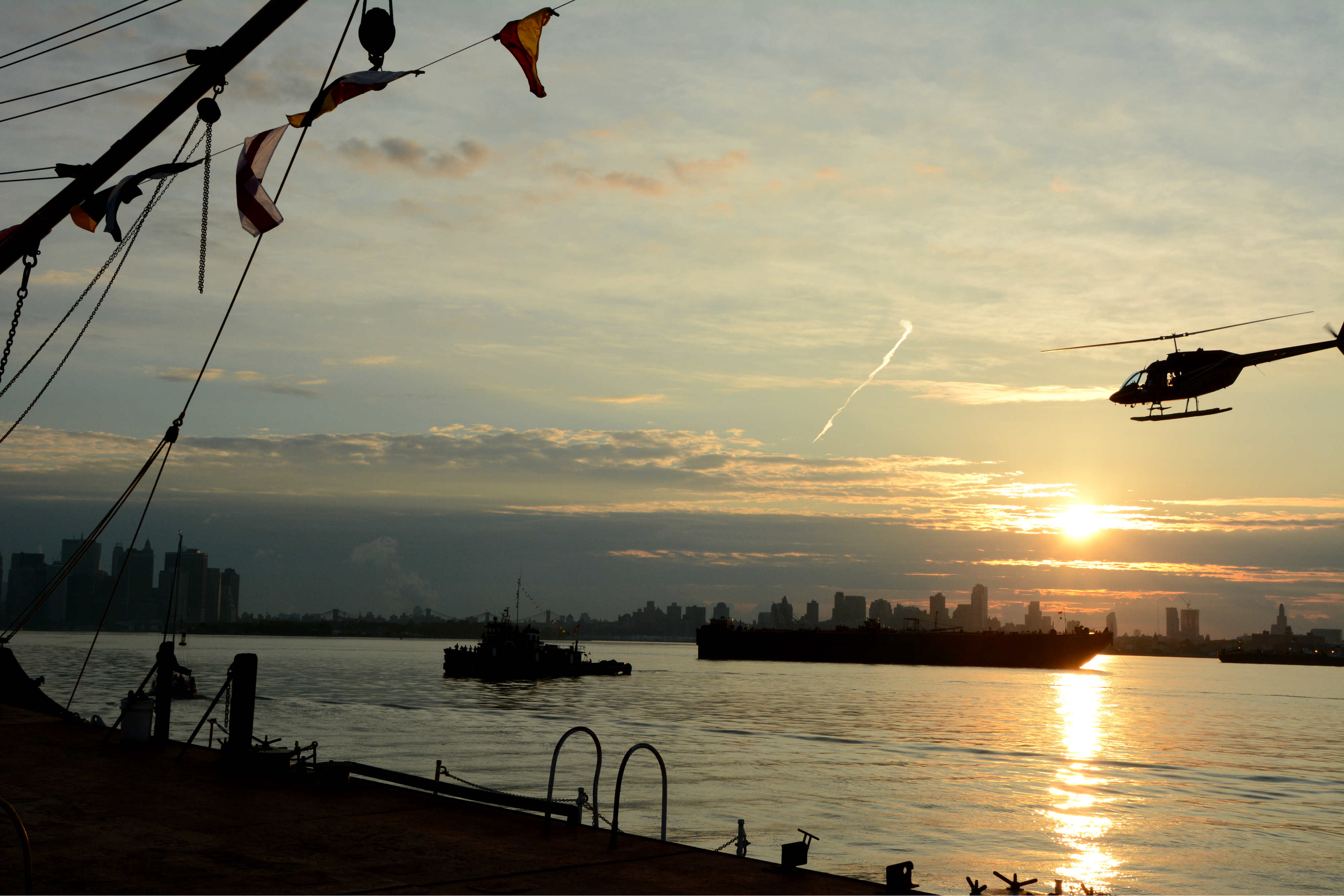 “The culmination will be the end of a journey that pays tribute to the original voyage made my Cunard’s first flagship, Britannia, as the company inaugurated the first scheduled mail and passenger service across the Atlantic on July 4, 1840,” the company said in a statement.

Cunard, which operates ocean liners Queen Mary 2, Queen Victoria and Queen Elizabeth, has docked and sailed out of Red Hook since 2006.

Queen Mary 2 arrives in NYC for the 175th Cunard celebrations

At roughly 6 a.m. Tuesday morning, spectators on the welcoming vessels took in the sight of Queen Mary 2 floating toward Brooklyn as the sun rose over Manhattan and the Statue of Liberty. People aboard the ocean liner gathered on the deck to watch the scene as well. 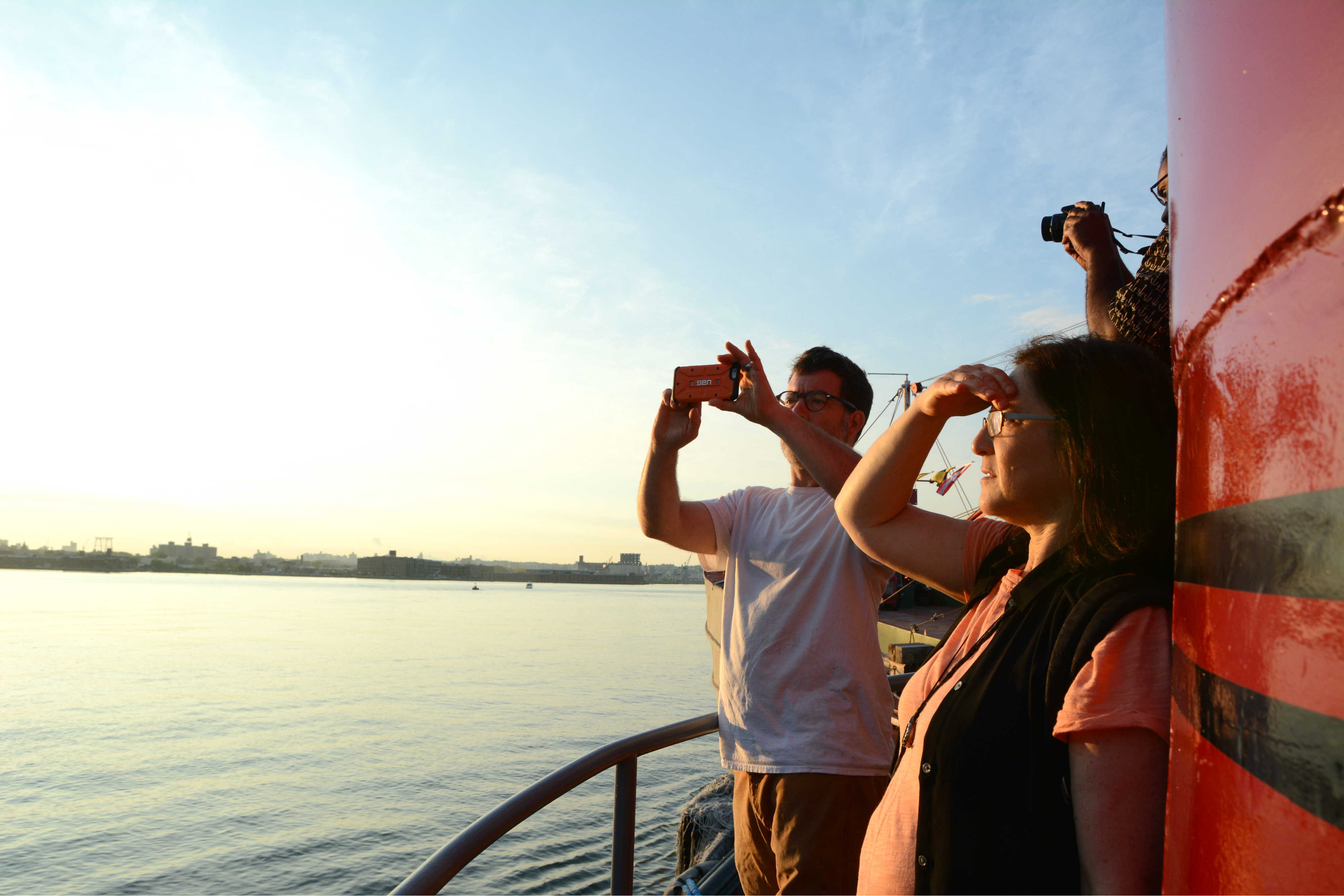 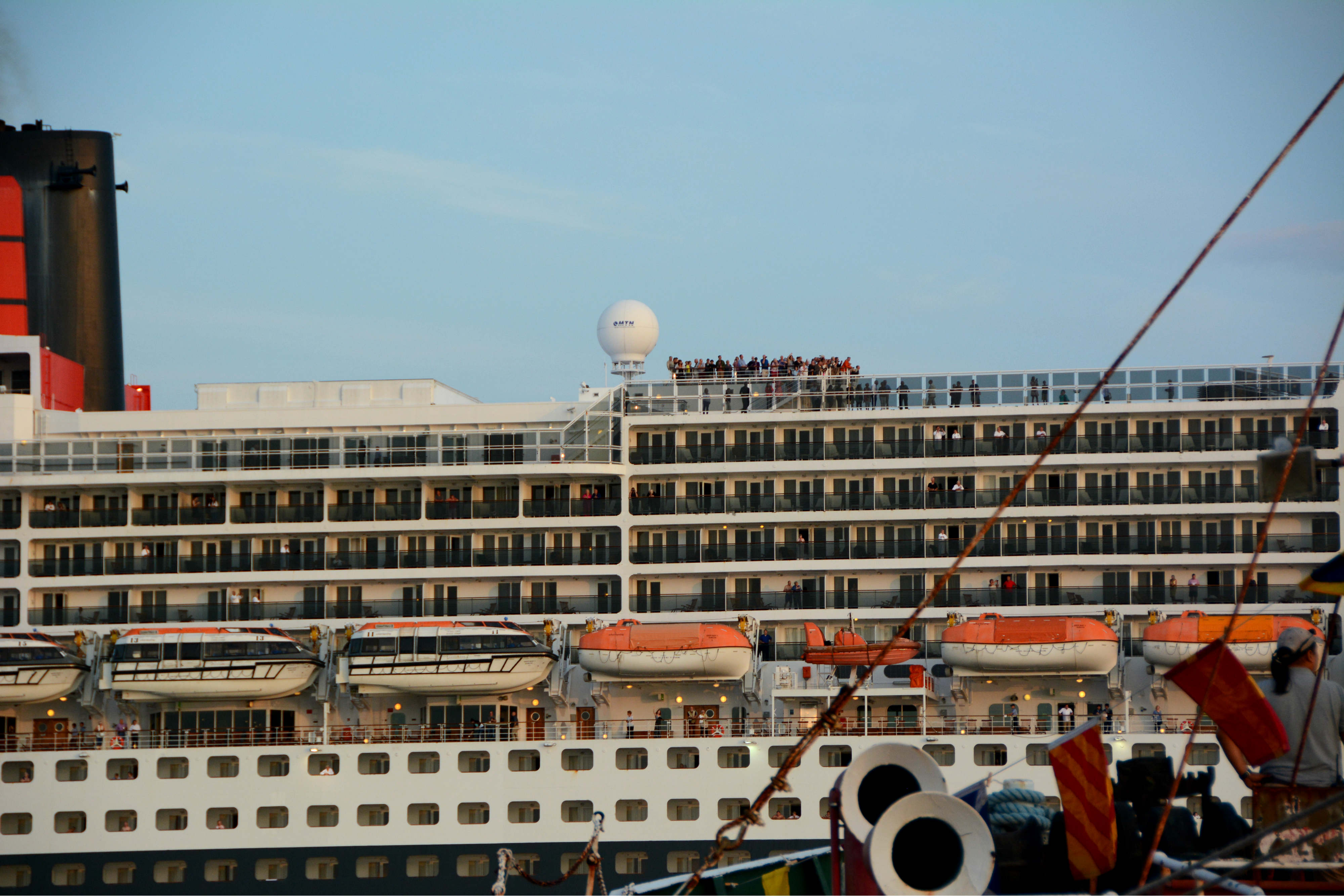 On Mary A. Whalen and tugboat Cornell — which pulled the oil tanker — students and adults from Red Hook, Sunset Park, Carroll Gardens and other parts of Brooklyn watched as the enormous liner eased past.

Mary. A Whalen was recently moved to Pier 11 in the Atlantic Basin, where it will remain for three years.

According to Cunard’s website, Queen Mary 2 left Liverpool in the United Kingdom July 4, the same date as its first ship Brittania in 1840. It crossed to Halifax then headed south to Boston and finally New York. 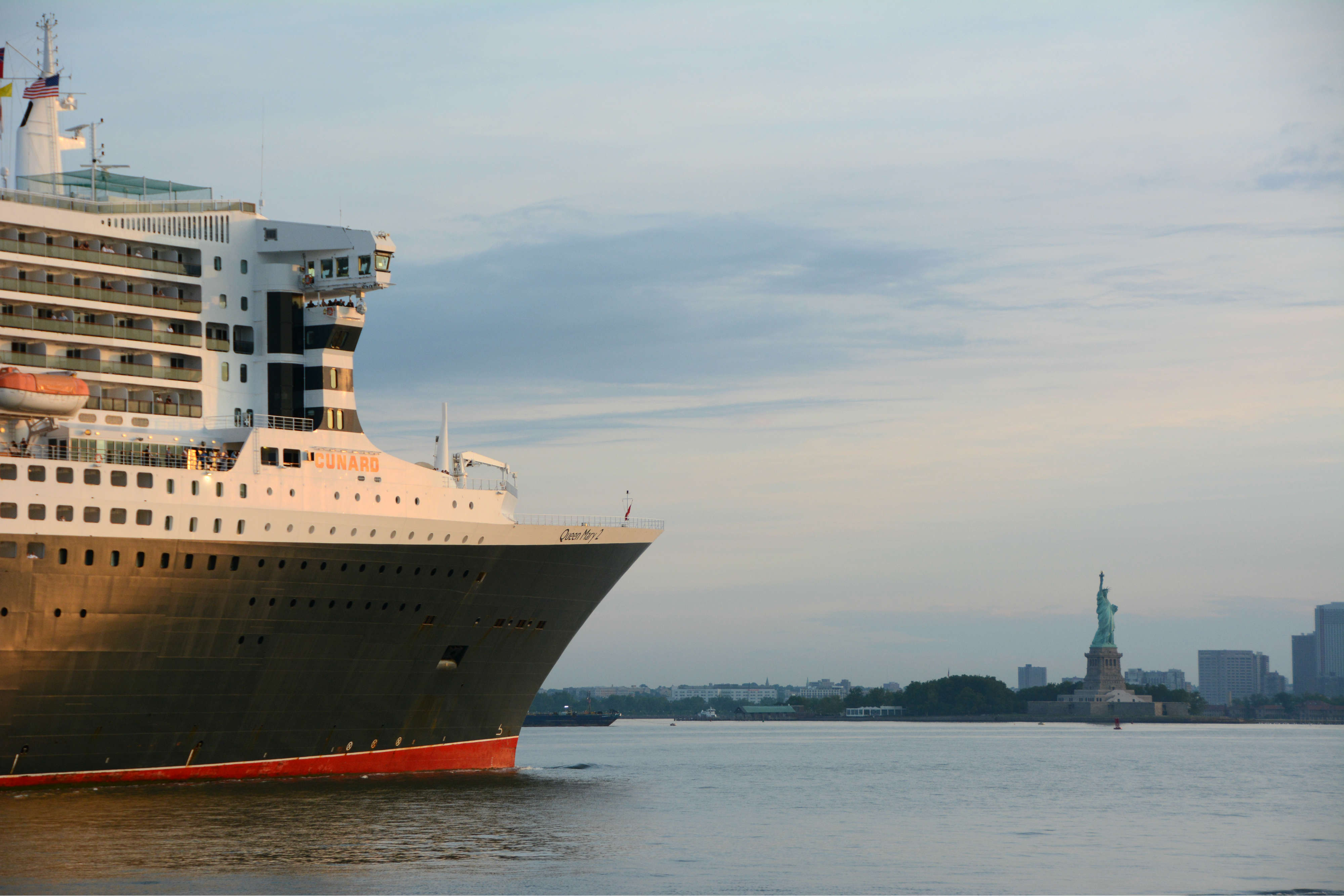 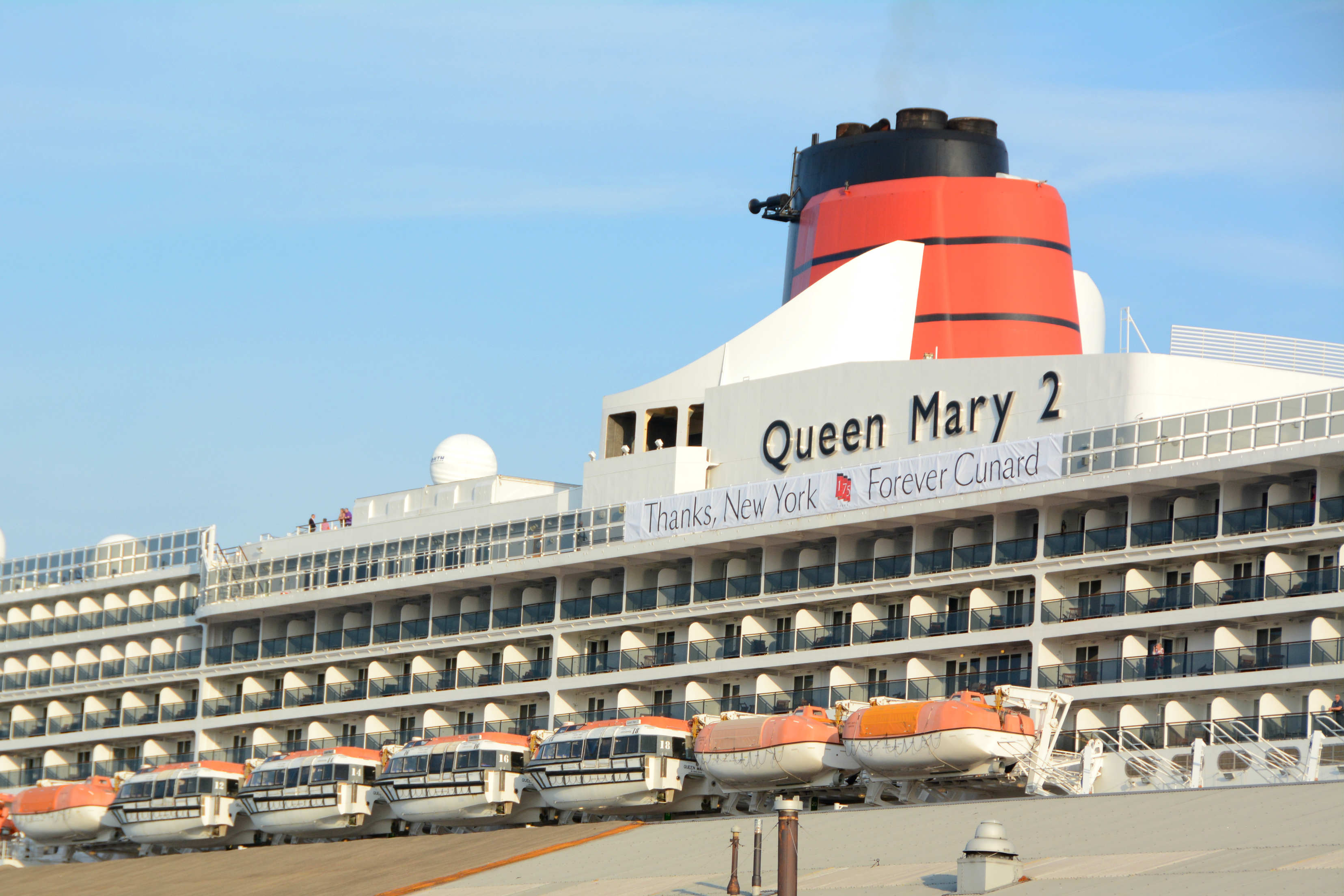