Cyclist Dies After Box Truck Runs Him Over Near Prospect Park, NYPD Says

BROOKLYN — A cyclist was killed when he swerved into a box truck and was run over in Prospect Park South Monday morning, NYPD officials  said.

The 57-year-old man, whose name was not immediately released, was riding east on Church Avenue, near Ocean Avenue, when he turned into the truck and was over by its rear tires about 10:25 a.m., an NYPD spokeswoman said.

The cyclist was lying face down in the street when medical crews arrived, according to witnesses.

"His mouth was messed up. He was really bleeding a lot," said Yeridson Munez, 22, who saw the aftermath.

Witnesses said they didn't see any helmet with the cyclist, just a Dallas Cowboys baseball cap. 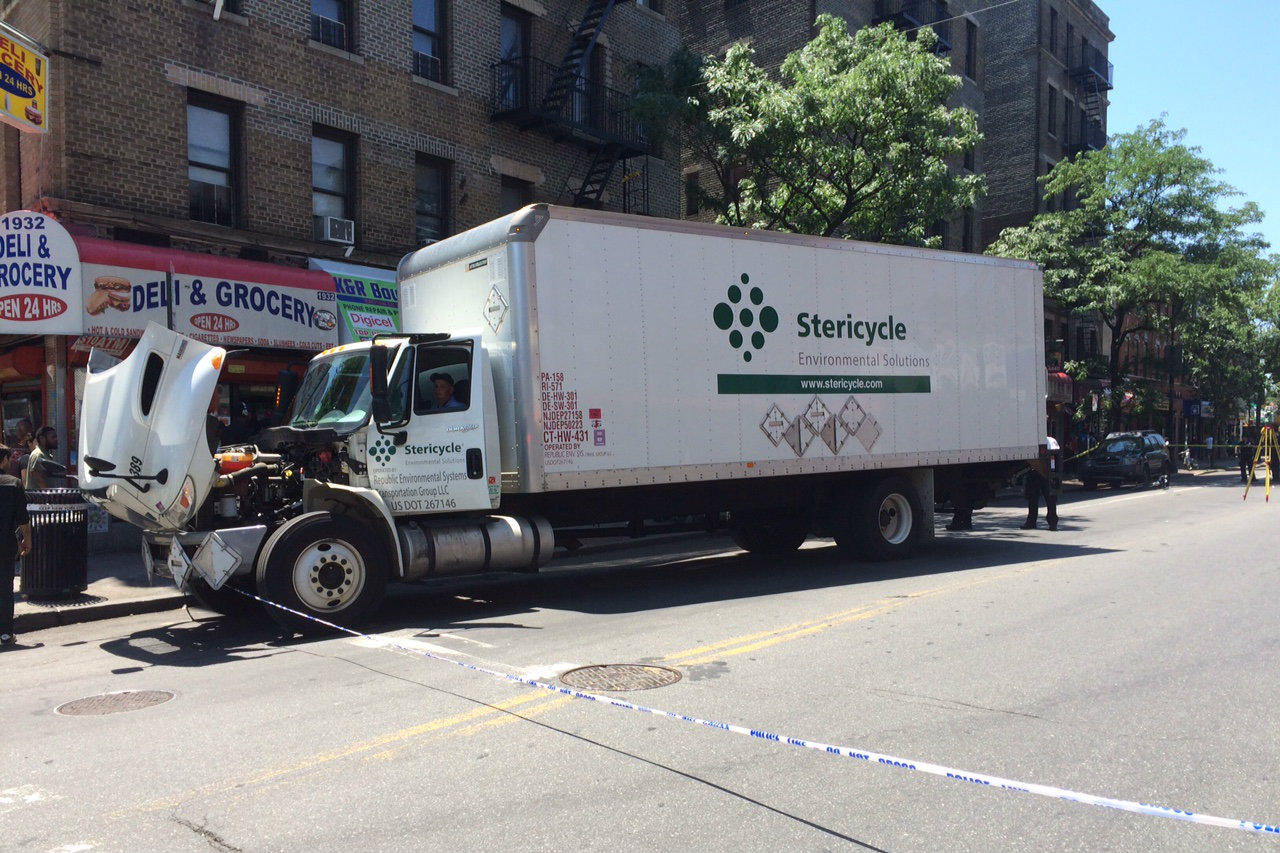 "I saw people running toward the truck and the truck stopped," he said.

The box truck driver remained on scene and was not immediately arrested, the police spokeswoman said.