Ramon Ortiz was at home with his family when he walked outside 426 Baltic St. near Bond Street to make a phone call around 3:50 a.m. and a gunman opened fire, shooting Ortiz in the chest, the NYPD said.

Ortiz was a member of the Gowanus-based "Oww-Oww" crew, though police would not say if that played a role in the shooting.

One man who was leaving for work at the time described hearing the gunfire before it went silent.

"I was leaving my building when I heard a shot, I knew right away it was a gunshot," said Derrick Monroe, 31. "I heard that, then nothing — all quiet."

Those who knew Ortiz described him as "charming" and a "pretty boy" who was known to some in his building by the nickname "Chicken Little." One man who watched Ortiz grow up and worked a temp job with him as a custodian called him a "good guy."

"He was outgoing and had a strong character," said Gerard Harden, 28. "It's terrible." 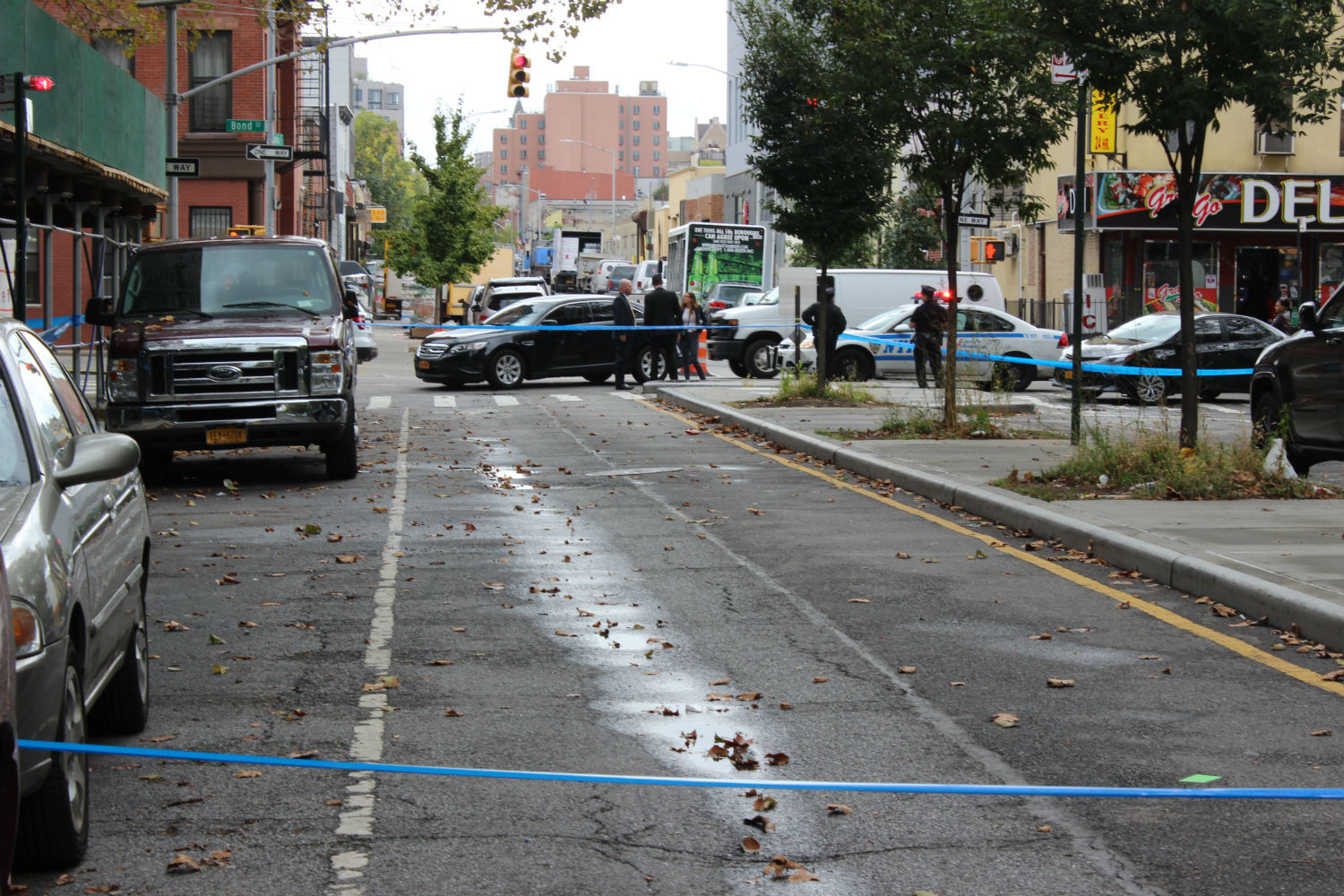 No arrests have been made, and police did not recover a weapon at the scene, the NYPD said.

The motive for the shooting wasn't immediately clear, although the Oww-Oww crew has an ongoing rivalry with another gang in Red Hook.

In June, a man was sentenced to up to 100 years in prison for shooting five people outside a Red Hook apartment building in retribution for an earlier shooting of a fellow gang member, police said.

Three weeks ago, a man survived being shot at point-blank range after a gunman fired into his car outside the complex. Another man was wounded in the arm in that incident.

Both victims were taken to Brooklyn Methodist Hospital in stable condition, according to police. It remains unclear if the September shooting is gang-related, a police spokesman said Thursday.