SUNSET PARK — A local landlord running for City Council who calls elected officials criminals for letting public housing residents live in "terrible conditions" had a host of his own properties cited for hundreds of violations that put tenants in danger, officials said.

Valdes, who has a portfolio of properties in the area, has more than $96,000 in his campaign coffers — including $50,000 in loans to himself — a figure second only to Menchaca.

The landlord has made reforming NYCHA — specifically to help those living in the Red Hook Houses — a central part of his campaign, along with advocating for small businesses, education and the homeless.

But for the past three years, hazardous violations including unsafe electrical wiring, roach and mice infestations, and performing work without permits landed four of his Sunset Park buildings on the the city's Alternative Enforcement Program, city records show.

Department of Buildings records list Valdes as the president and owner of Delerimar Realty Corp., which owns 6324 Fourth Ave., 6302 Fourth Ave., 6310 Fourth Ave. and 6316 Fourth Ave. Records from the department of Housing Preservation and Development also list him and Jacqueline Arroyo of Brooklyn Management Services as officers for the buildings.

The building at 6316 Fourth Ave. landed on the list in 2017 but was removed on May 17 after repairs were made, while the other three remain listed as problem properties. As of Thursday, the trio of buildings had a total of 167 open violations — down from 461 when they were initially cited by HPD, records show.

But in campaign fliers, Valdes has slammed the NYC Housing Authority for not repairing its own properties.

"It is very wrong a simple fixable problem makes tenants suffer year after year," his campaign literature states, adding that "Red Hook elected officials have committed a crime by allowing NYCHA residents to live in terrible conditions that never get repaired."

Valdes said the reputation of his Fourth Avenue buildings does not reflect poorly on his Council bid.

This is not the only time Valdes' properties have gotten him into hot water.

At his 4501 Fifth Ave. building — where he and Arroyo are also listed as building officers through his realty corporation — Valdes took a tenant to Housing Court in 2013 over nearly $300 in rent increases he justified by saying the apartment was no longer rent-stabilized due to substantial renovations, according to court records.

However, rent-stabilized apartments in buildings with more than six units constructed before 1974 — like 4501 Fifth Ave. — can only have rent raises determined by the city's Rent Guidelines Board.

A landlord can pass along a percentage of the cost of major property renovations only if a tenant has given written consent. Exemptions don't come into play until at least 75 percent of building-wide systems are overhauled, such as plumbing, heating or gas.

Leases show that the tenant, Alma Calixto, has lived in a second-story studio apartment in the building for more than two decades and that she was paying $475 per month before ownership transferred to Valdes' realty group, according to a 2006 letter from Valdes to Calixto.

Beginning in 2007, Calixto began receiving letters signed by Arroyo stating that her rent was going up, initially by $175 per month and then by another $100 in 2009, letters show.

It was difficult to keep up with the increases, but Calixto, who works as a housekeeper, felt she had no choice.

"It was really surprising, but I also knew that if I didn't roll with it, I'd be kicked out," said the single mother, who supports a 24-year-old son with special needs and a 2-year-old daughter. 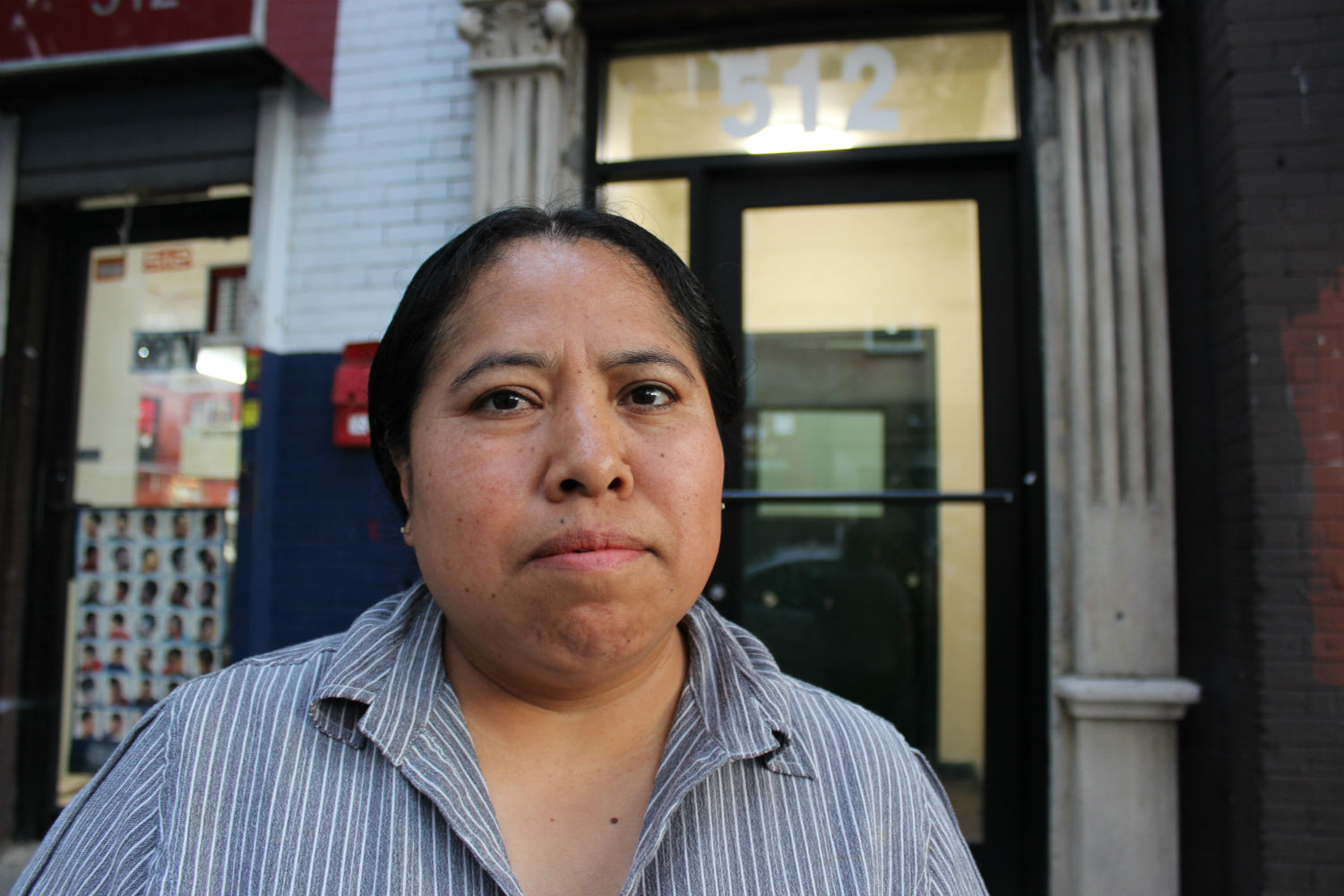 Alma Calixto is one of two tenants whose rents were illegally raised, courts ruled. (DNAinfo/Caroline Spivack)

Valdes noted that owning a property is ultimately a business, but that he's not unsympathetic when raising rents.

"If we respectfully disagree with tenants, that doesn't mean our heart isn't in the right place," he said. "And when we disagree, that’s what the courts are there for."

That is exactly what Valdes did in 2013 by taking Claixto to court after she fell behind on rent.

On the advice of a cousin, Claixto reached out to the tenant-advocacy group Neighbors Helping Neighbors, which set her up with attorney Patrick Langhenry from the Legal Aid Society.

Initial attempts by Langhenry to have the case dismissed in 2014 failed, but a similar situation with another tenant in the same building​ came to light in 2016, calling Valdes's claims into question.

The state Division of Housing and Community Renewal (DHCR) ruled that Cruz's apartment was subject to rent-stabilization, calculating that he was owed a refund of overcharges and penalties totaling $13,919.36, a rep for the agency said.

Valdes failed to mention Cruz's case during his attempts to bring Calixto to trial, which began in August 2013 and culminated June 2016. After Langhenry introduced the DHCR's decision, Valdes said "he was unaware" of the ruling, court records show.

But Housing Court Judge Marcia Sikowits said she found that hard to believe, since Valdes himself litigated the DHCR decision.

"The petitioner does not have clean hands," she wrote in a June 1, 2016, ruling, in which she granted the request to dismiss Valdes's claim to collect rent from Calixto.

Sikowits found "no triable issues of fact exist" for the case to proceed since it is "undisputed" that the apartment is subject to rent-stabilization, that Calixto's rent was raised without offering her a renewal lease, and that her rent was not registered.

Valdes did not offer specifics or proof of the substantial renovations he claimed took place on the building during the proceedings, Langhenry noted.

Valdes declined to comment further on Calixto's case, which he claimed is still pending because he plans to appeal, but Langhenry said the appeal window has passed for the Housing Court ruling.

Calixto is currently waiting for Valdes to approach the DHCR to set an appropriate rent for the apartment, Langhenry added.

Amy Zimmer contributed to this story.

Brooklyn Gets its First All-Vegetarian School

NYC Women-Owned Businesses Up 43 Percent in a Decade, Study Shows