BROOKLYN — With Darlene Mealy hitting her term limit as councilwoman for District 41, the race is heating up between the hopefuls looking to replace her.

There are 11 candidates vying to fill the seat, which covers parts of Bed-Stuy, Brownsville, East Flatbush, and Crown Heights.

The primary is scheduled for Sept. 12, and the general election is Nov. 7. Below is a list of the candidates who have thrown their hats in the ring, along with info on who's backing them, who's donating to them, and how they're spending their cash. 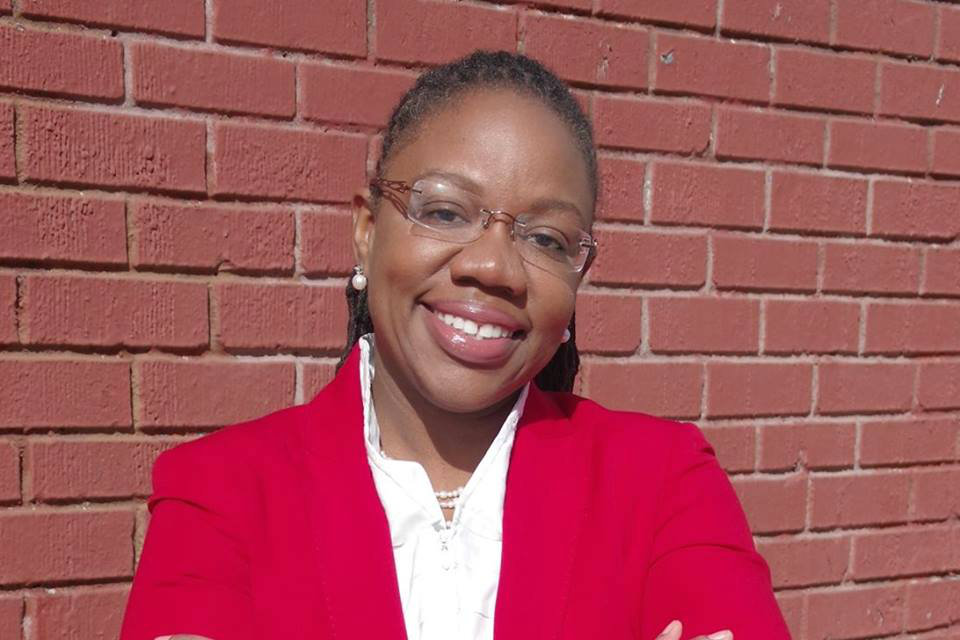 Alicka Samuel, of Brownsville, has worked in city, state, and international government, including stints as a senior adviser in the NYC Housing Authority’s Community Engagements and Partnerships division, as chief of staff for Assemblywoman Latrice Walker, and for a time in the U.S. embassy in Ghana, according to her website.

Samuel has the support of the Working Families Party, Planned Parenthood of New York City, and the New Kings Democrats — a progressive Brooklyn political club — as well as a slew of unions including SEIU 32BJ, SEIU 1199, the New York State Nurses Association, and the United Automobile Workers.

Samuel has raised $104,111 in private contributions and $88,076 in public matching funds, making her the highest-funded candidate in the race, according to the Campaign Finance Board. Of those donations, 18.5 percent were in small contributions from $1 to $175, while 54 percent came from donors giving between $500 and the maximum donation of $2,750, records show. Big donors include SEIU 1199, the Hotel Trades Council, and seven donations between $1,000 and $2,750 from members of the Bawabeh family, developers with a number of projects and properties in Bed-Stuy. 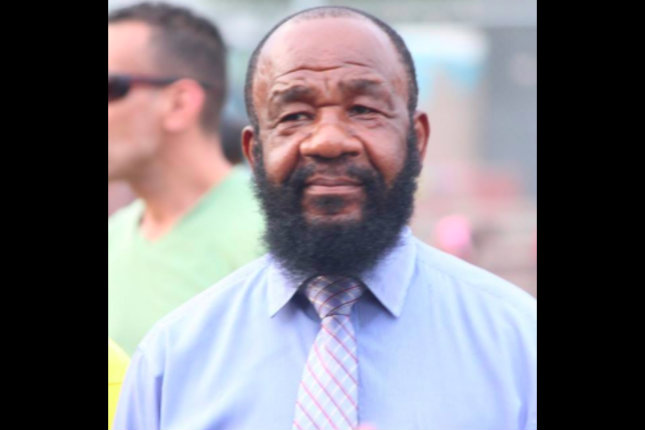 Known affectionately in his Brownsville community as “Uncle Roy,” Royston Antoine is the owner of a clothing store and one-time candidate for the 55th Assembly District — a race he (and many others) lost to Assemblywoman Latrice Walker in 2008.

Antoine has thus far raised just $3,985 in contributions, along with a $4,000 loan, according to CFB records. All of his contributions have been $100 or less, including dozens of small donations from self-employed people and other small business owners in the neighborhood.

He doesn’t have much in the way of campaign materials, but on a website for his 2008 Assembly bid he pledged to work to bring down unemployment, address health disparities in Brownsville, and work to create more after-school programs. 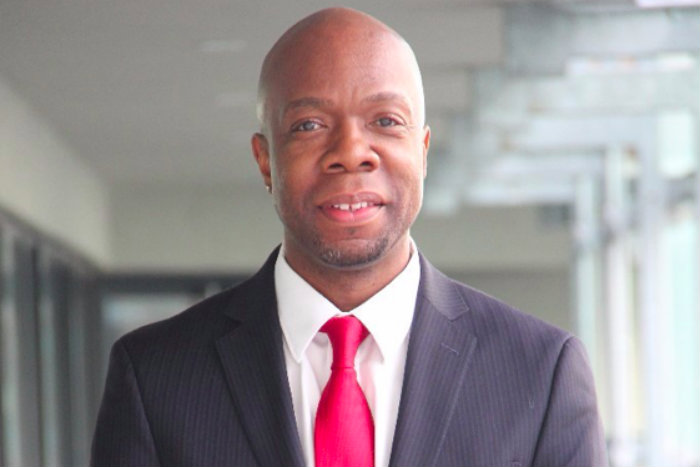 Henry Butler is currently the district manager for Community Board 3, and also serves as president of the Vanguard Independent Democratic Association, a political club in Bed-Stuy that counts among its leaders Councilman Robert Cornegy and Assemblywoman Tremaine Wright.

Butler, a former subway conductor, has racked up endorsements from the Transportation Workers Union and the Patrolmen’s Benevolent Association, and has raised $154,000, including $95,05 in public matching funds, making his total contributions second only to Ampry-Samuel, according to the Campaign Finance Board.

Of the $60,488 he received in private contributions, 34 percent were small donations between $1 and $175, records show. Fifty-two percent of donations to Butler were between $500 and the maximum of $2,750, including maximum donations from the late Brooklyn District Attorney Ken Thompson’s political committee and Thompson’s wife, as well as maximum donations from TWU’s national and local branches and from developer Gerald Migdol.

Butler has outspent his rivals heftily, with a total of $75,043 in campaign expenditures, according to Campaign Finance Board records. 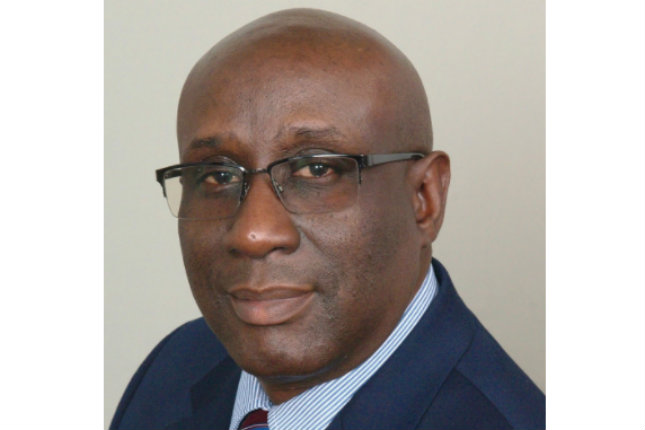 Leopold Cox is an MTA bus driver and longtime member of the Transportation Workers Union, who holds a master’s degree in political science, according to his campaign Facebook page and public payroll records.

Cox is running on a promise to increase affordable housing in the district, and advocates for more community policing, public/private partnerships to develop libraries, parks, and performance spaces, and more efficient public transit in the area, according to his campaign website.

Cox has raised just $4,207, all but one donation coming in at $175 or less, with many of the donations coming from fellow transit workers and members of other labor unions, according to CFB records. 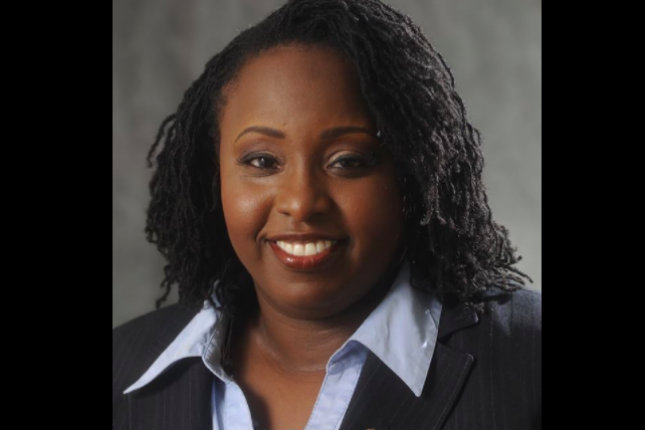 Kathleen Daniel describes herself as a “community action-ist” and despite not having much of a web presence and only having spent $59 on the campaign so far, she’s the only candidate in the race to get a donation (of $250) from outgoing Councilwoman Darlene Mealy.

So far she’s raised just $3,153, all of which came in donations of $100 or less, with the exception of Mealy’s contribution, Campaign Finance Board records show. 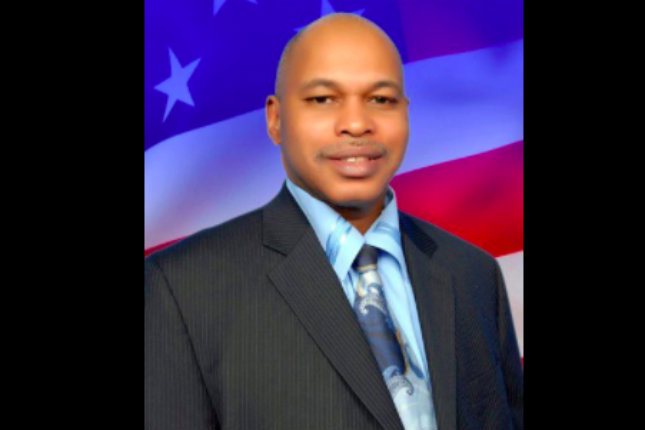 John Grant is a road car inspector for the New York City Transit Authority, according to public payroll records. His online presence is scarce, but he appears to have the backing of John O’Hara, a political gadfly in the borough who has long opposed Brooklyn’s political machine and who shelled out $1,500 to Grant’s campaign through his own political committee, records show.

Grant has raised a total of $2,830, much of it (aside from O’Hara’s contribution) coming through donations of less than $100. 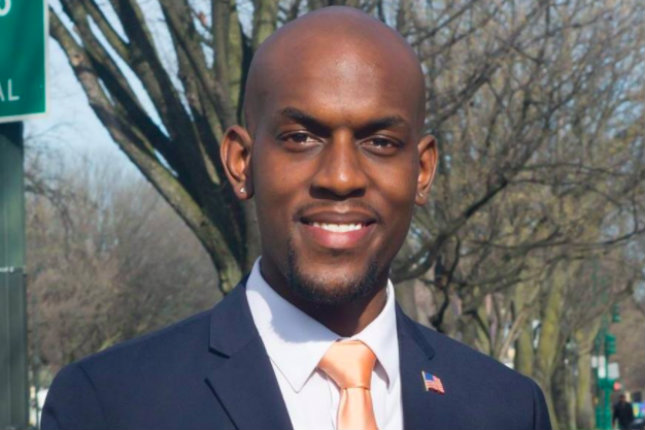 Jamell Henderson has served on Community Board 8, as well as working as an intern for Assemblyman Felix Ortiz and a stint working for the mayor of Indianapolis, according to his Facebook page. A three-time graduate of CUNY system schools, he cites his years spent in foster care as a child and his devotion to God as motivations to work for his community.

He also has his sights on the White House, according to his campaign page.

Henderson has raised $10,529 so far, including a $2,750 donation from Vahdat Moujan, an executive vice president at Elmo Realty Co, records show. Nearly 60 percent of his contributions have come in the form of small donations between $1 and $175, according to CFB records.

Henderson has spent $10,225 so far, with much of it going to his campaign manager and materials, MetroCards. 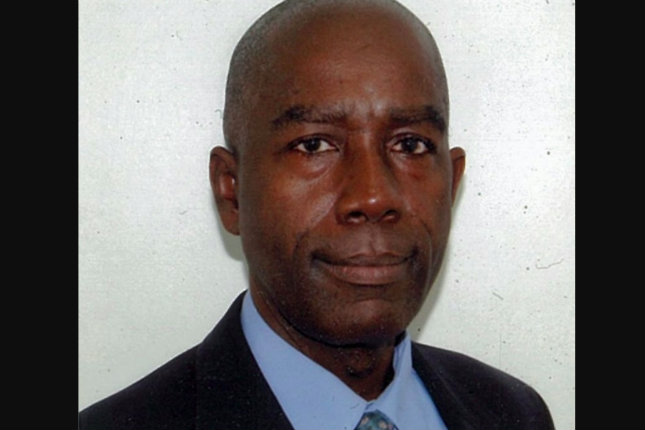 Victor Jordan, a former math teacher at Boys and Girls High School and former lecturer in economics at the University of Guyana, has served as the chair of the education committee of Community Board 17 and established a community emergency response team, or CERT, in CB 17, according to his campaign website.

Jordan’s campaign pledges include working to expand protections for victims of domestic violence and increasing violations for employers who violate workers’ rights. 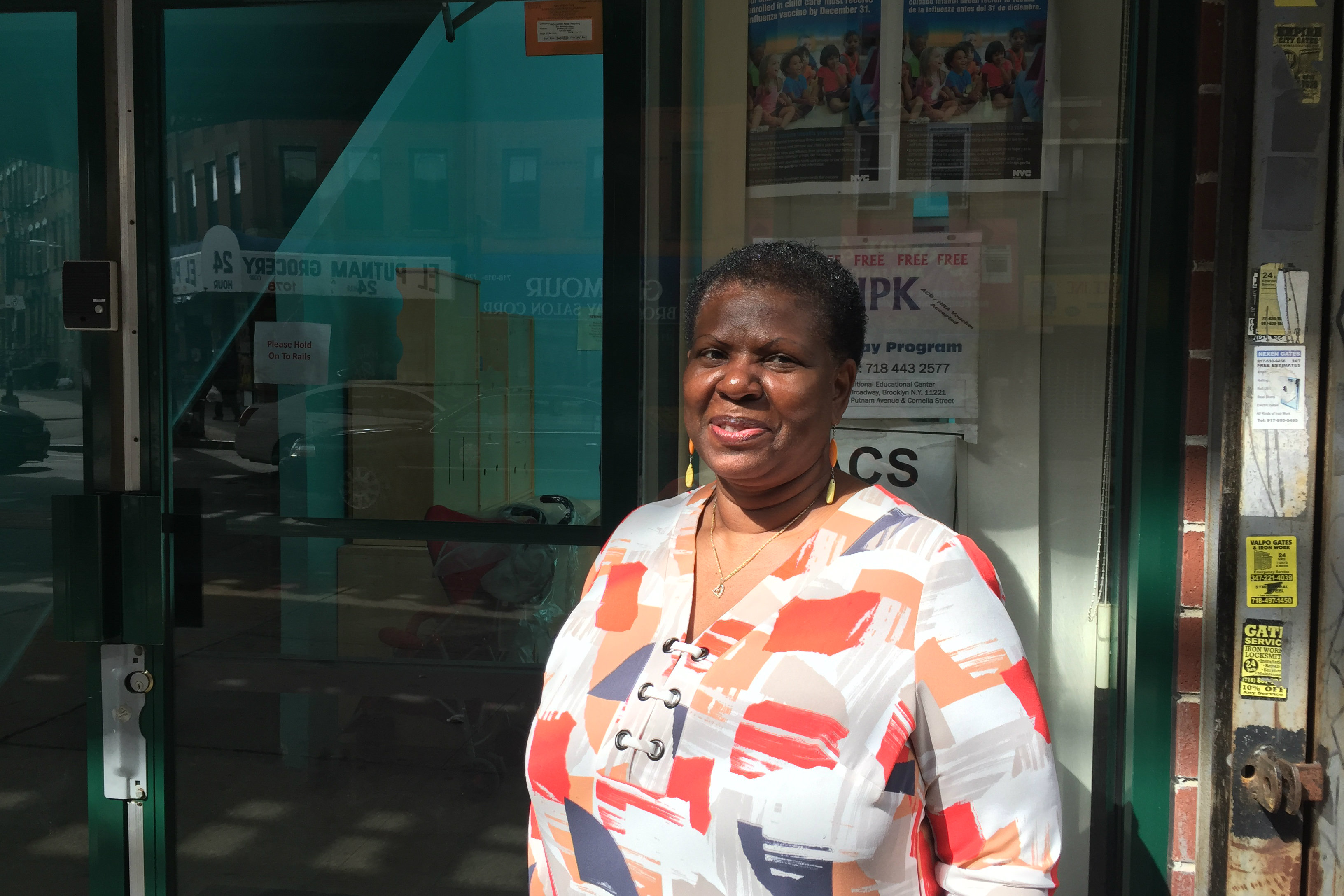 A native of St. Vincent and the Grenadines, Moreen King is the owner of two day care centers in Bed-Stuy and East Flatbush. Her public service includes stints on Community Board 17, organizing events for the Vincentian immigrant community and helping the Bushwick Community Partnership, where she worked on issues relating to foster care, early childhood education, and programs coordinating with the Administration for Children’s Services.

Highlighting her decades working with children, King said she hopes to work to promote education, public health, and affordable housing in her community.

King has raised $15,172 in private contributions, and took out another $45,000 in loans to fund her campaign, records show. Most of the donations are $100 or less, but two of the largest donations — one for $2,700, and one for $200 — came from employees at her day care business Traditional Education Center, as well as a $1,000 donation from her husband, according to CFB records. 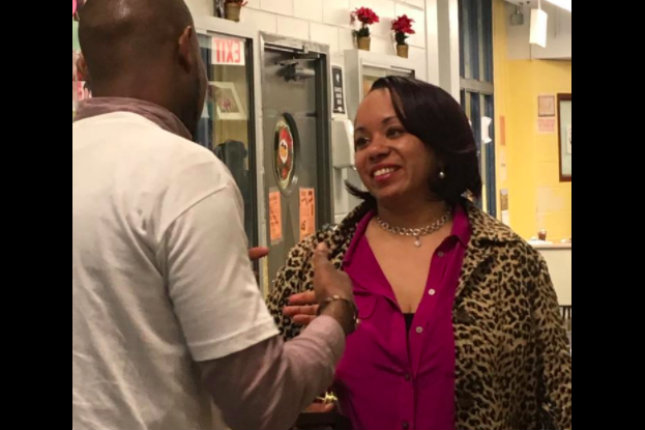 Deirdre Olivera is a skilled laborer/journeywoman with a background in construction work, according to her website. Olivera has strong union ties as a member of the Labor Union International of America and runs Woman Up!, a group dedicated to advancing women in blue collar professions.

She also runs the Brownsville Collective Community Newspaper, and has the backing of a number of pastors in the area, including Johnny Ray Younglood, of Mount Pisgah Baptist Church in Bed-Stuy and Reverend Acey Pettaway, president of the 73rd Precinct Clergy Council.

Olivera has raised $27,248 in private contributions, took out a $10,000 loan, and is one of four candidates to have gotten public matching funds, having gotten $44,876 in public funds, bringing her total war chest to $82,182, according to CFB data. 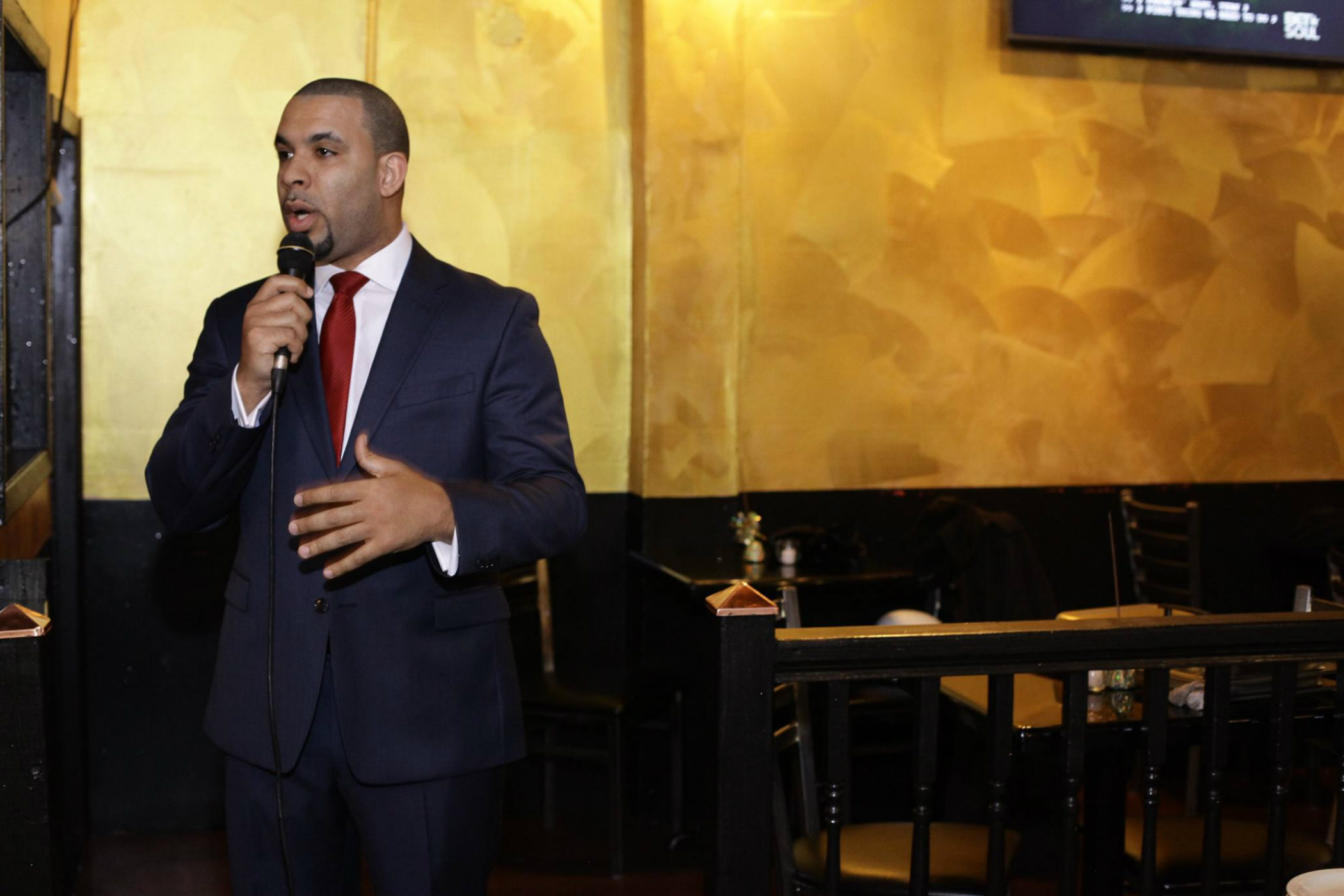 Cory Provost serves as district leader for the 58th Assembly District and is a former staffer for Comptroller Scott Stringer. His public service includes stints on Community Board 17, serving on the CUNY Board of Trustees, and working as chair of Neighborhood Advisory Board 17, according to his campaign website and city payroll records.

Provost has worked as a volunteer for the Hillary Clinton campaign and in 2012 was a Democratic presidential delegate. He is a supporter of the movement to close Rikers Island, opposes broken windows policing, supports marijuana decriminalization, calls for a requirement that any new developments in the district be 100 percent affordable.

Provost has raised $21,188 in private donations and gotten $83,197 in public funds, according to the Campaign Finance Board. More than 70 percent of his private donations have been between $1 and $175, while larger donations have rolled in from Charles Borok, a broker with Cushman & Wakefield who has donated $2,000, and from Assemblywoman Rodneyse Bichotte, who chipped in $500, records show.