GOWANUS — A contaminated Con Edison site that once housed a 19th century baseball stadium is finally slated for an environmental cleanup, officials with the state Department of Environmental Conservation announced.

Con Edison's Yard Service Center — bound by First and Third streets and Third and Fourth avenues — will undergo a cleanse as part of the state's Brownfield Cleanup Program, which gives developers tax breaks in exchange for reviving polluted land.

State officials are taking public comment through Sept. 8 on how to investigate the site's contamination.

The property is a block from the toxic Gowanus Canal — a Superfund site and one of the country's most polluted waterways, which is getting its own federal cleanup at the hands of the Environmental Protection Agency.

Once a tidal wetlands, the Con Ed site was filled in and transformed into a baseball stadium in the 1860s where major league ball players swung for the fences, according to the DEC. The ball field became infamous for the stench wafting from the canal and was actually the second version of Washington Park stadium that was the home of the famed Dodgers before moving to Ebbets Field.

Controversy swirled around a wall at the Con Ed site that some believed to be the last remnant of the old Washington Park stadium.

The land was once Washington Park stadium, home of the Dodgers before the team moved to Ebbets Field. (Wikimedia Commons)

In 1918, the Brooklyn Edison Company scooped up the land and converted it into a warehouse and trucking facility, according to the DEC.

A portion of the land was leased to an outside operator as a gasoline station from 1933 to 1964. In 1947, a concrete pit was constructed on the southern corner of the property to drain sludge recovered from electric manholes that was connected to the sewer, according to DEC records.

The pit wasn't decommissioned until 1974. It stored fetid muck for nearly three decades, until the opening of the current service center that fuels, repairs and stores Con Ed trucks. 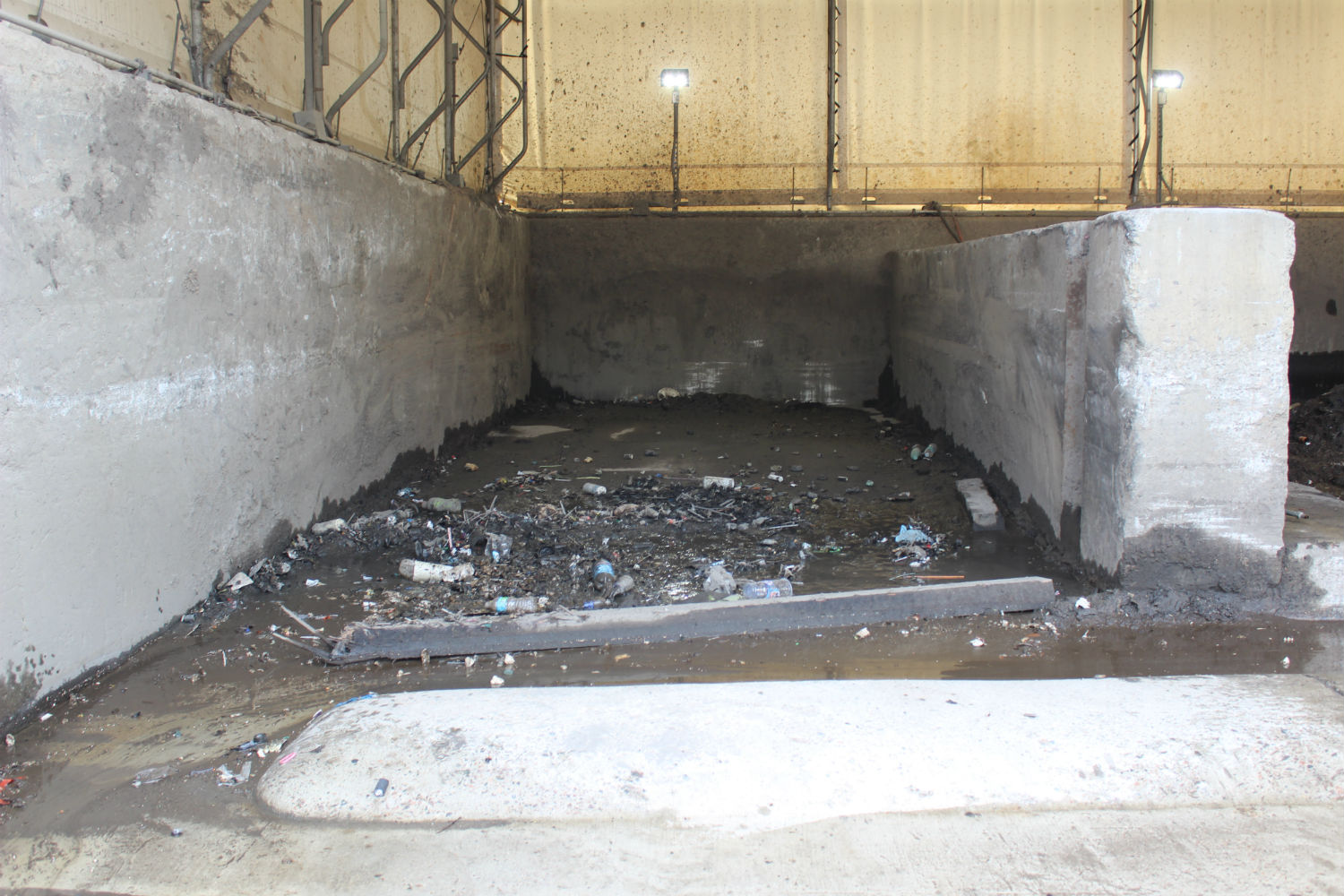 A concrete pit used to drain sludge recovered from electric manholes was constructed on the southern corner of the lot. (DNAinfo/Caroline Spivack)

A series of soil and groundwater samples collected at 222 First St. will allow investigators to determine the extent of contamination from toxic polychlorinated biphenyl — often formed as waste in industrial processes — petroleum, Manufacture Gas Plant waste and landfill contamination.

The lot is situated across from the Staples store on 348 Fourth Ave., where historians believe remains of soldiers from the Battle of Brooklyn may still be buried. Remains may also be dredged up from the Gowanus Canal during the water's cleanup, officials said.

It is unclear if the state will require 222 First St. to undergo an archeological dig for possible remains and historic artifacts, though a DEC official did note that the agency is conferring with their archaeologists to "determine an appropriate course of action."

The survey is slated to begin in September and may take up to a year to complete, according to DEC spokeswoman Erica Ringewald.

Once the initial study is complete, a plan will be developed on how best for Con Ed to remove the contaminants. The public will be invited to comment on that plan as well, which must be approved by the state Department of Health.

To submit comments on the proposed contamination investigation plan for 222 First St. see the DEC's fact sheet on the site here.

5 Takeaways From the Inwood Rezoning Proposal