GOWANUS — A second bulkhead has collapsed on the banks of the Gowanus Canal, just as the U.S. Environmental Protection Agency prepares to start a busy period of scooping up toxic sludge known as "black mayonnaise" from the bottom of the waterway.

Bulkheads along the blighted banks of the Superfund site crumbled into the toxic waters first in late May and most recently July 26, officials said.

The unstable swaths of wall just north and south of the Hamilton Avenue bridge remain a risk for a potential cave-in as engineers work to shore up the structures and officials are warning locals to beware.

"Caution needs to be exercised since further collapse is possible until stabilization efforts are complete," said the EPA's Natalie Loney, the community involvement coordinator of the Gowanus Canal Superfund cleanup.

Engineering and environmental​ consultants from Langan Engineering were brought in to survey and repair the collapses, which come as the cleanup heads into the busy period of scooping up toxic sludge.

"We're getting into a phase of the cleanup where there is going to be a lot of action," said Loney. "Things are going to start moving fast."

The initial collapse occurred behind 128 Second Ave., just off the parking lot of the Lowes Home Improvement store, with the second structure crumpling into the canal on land behind 595 Smith St. — owned by Red Hook Development LLC, according to city records — moments after a local paddled by the bank, said a member of the Gowanus Dredgers Canoe Club.

"It was crazy," said Brad Vogel, who is also on the Gowanus Canal Community Advisory Group. "We were gone for like 10 minutes and came back and I said, ‘Something is not quite right here.’ And there was literally this 6 feet by 10 foot deep hole — the wall collapsed while we were on the water." 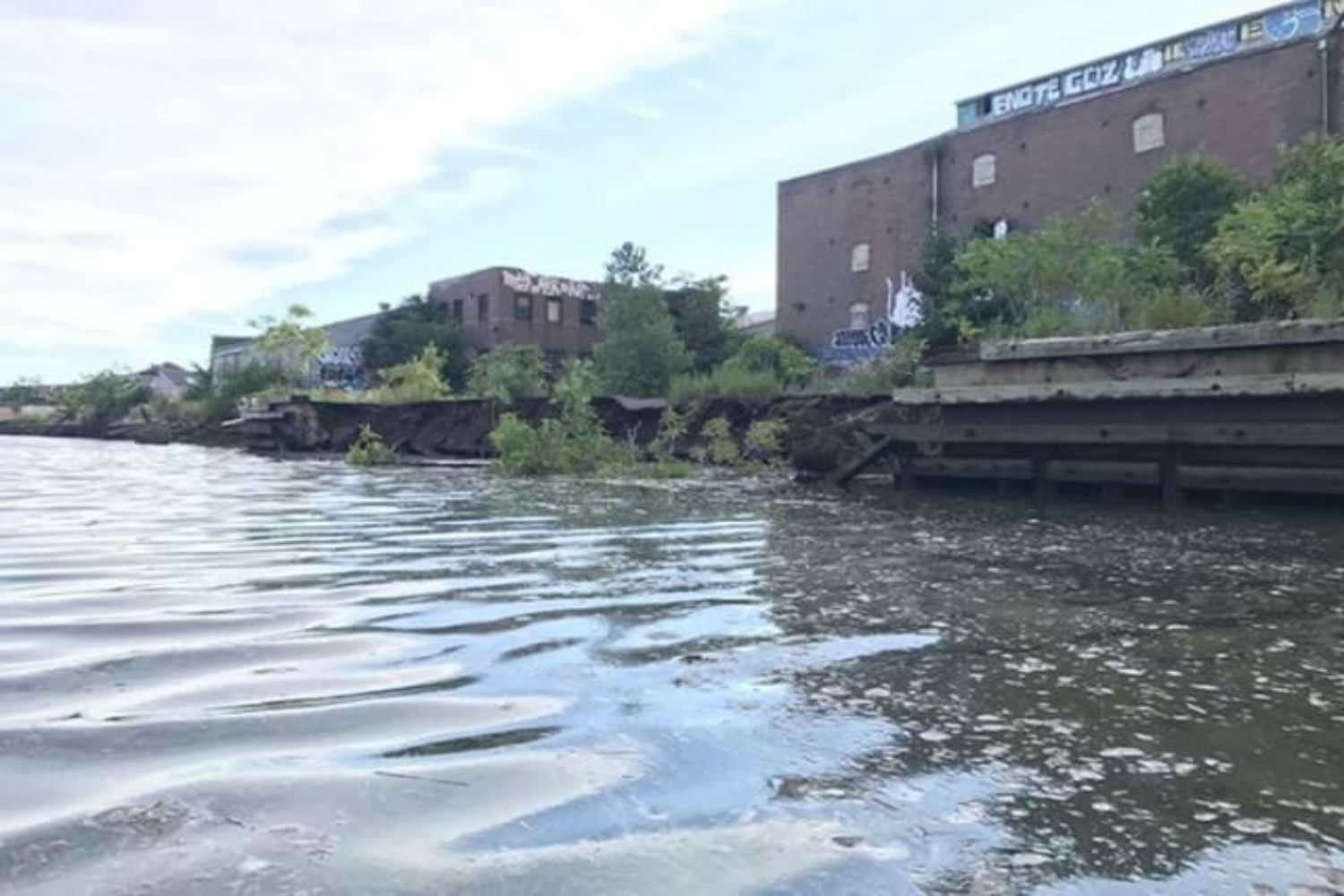 The U.S. Coast Guard is expected to publish a notice warning mariners this week and install a turbidity curtain — an impermeable barrier used to trap sediment — followed by an eventual replacement of the bulkhead, said EPA public information officer Elias Rodriguez.

A cause for both collapses is under investigation. Langan Engineering did not immediately respond to requests for comment on Wednesay.

Most of the bulkheads range from 50 to 150 years old and under city regulation, property owners are responsible for safely maintaining the structures, according to Rodriguez. But certain barriers along the canal, such as those against the former Manufactured Gas Plants, will be monitored by National Grid or other responsible parties.

The EPA is working to ensure vulnerable barriers — particularly those along the canal's northernmost portion — are reinforced with metal sheeting so that the bottom can be dredged starting later this year without collapses into the water.

The entire cleanup won’t be completed until at least 2022, but could take years longer.