PROSPECT PARK — A new munch bunch is in town.

Four goats have replaced the last crew of furry weed whackers snacking on invasive species in Prospect Park and were set loose on the green's Lookout Hill, the Prospect Park Alliance said Friday.

The new animals are filling in for the quartet of goats that returned in May to clear the park's Vale of Cashmere. But this time the four-legged lawn mowers are taking on more treacherous terrain, said Christian Zimmerman, the vice president of capital and landscape management at the Prospect Park Alliance.

"One of the reasons we want them here is because the hill is extremely steep," said Zimmerman. "People would be tumbling down if we tried to clear it out, but they can do it — no problem."

The mini herd is made up of a pair of Nubian goats who are brothers (Eyebrows and Horatio), an Alpine goat named Swiss Cheese, and the small but might Nigerian pygmy Lily Belle. 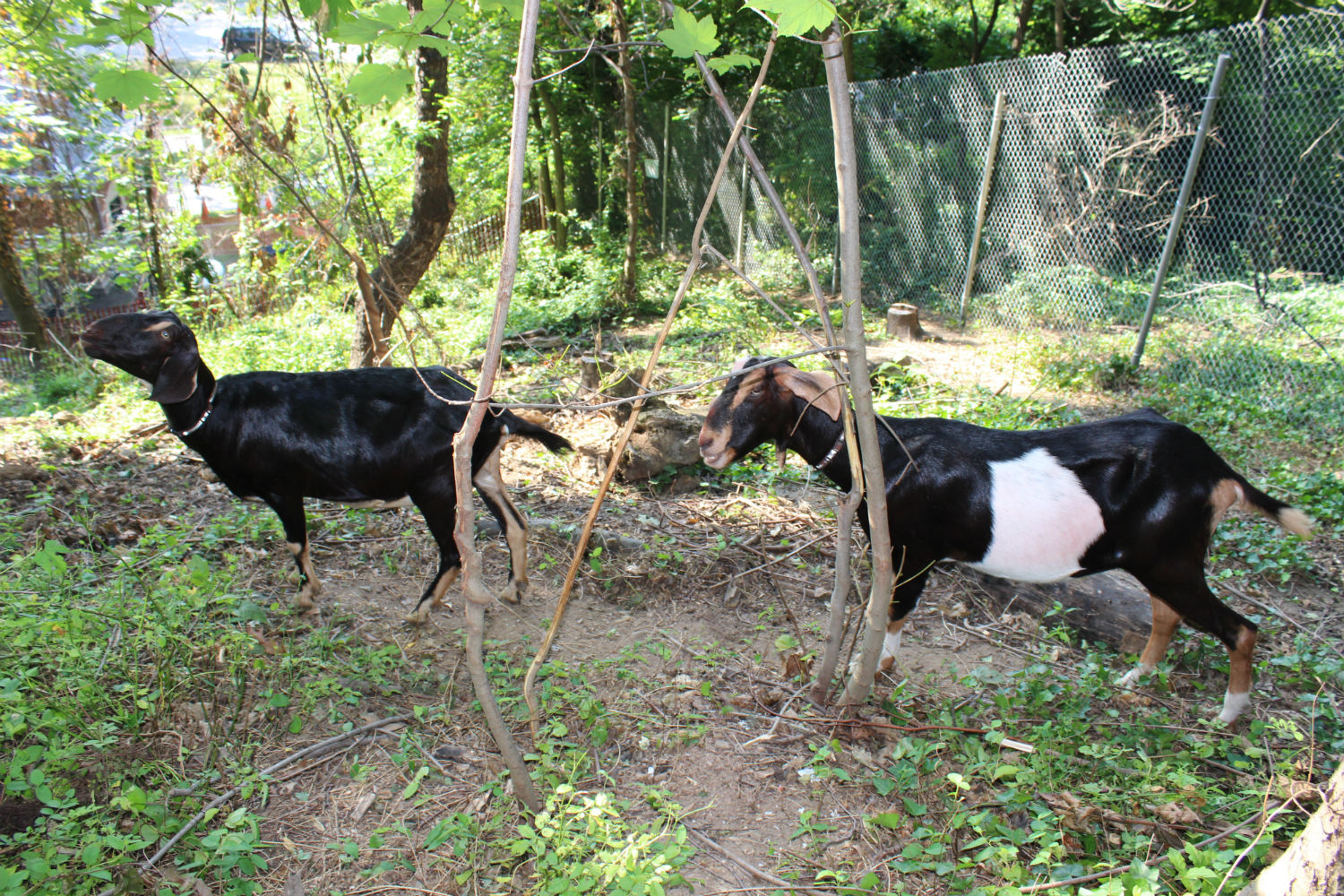 No need to fret about the goats in the heat — their normal temperature can go up to 103.5 degrees Fahrenheit, so the dog days of summer don't bother them, according to Mary Keenbauch, the natural resources crew forewoman.

Hurricane Sandy downed 30 trees in the area, and the loss of lumber and shade on Lookout Hill made way for poison ivy, honey suckle vines, and other invasive plants that overtake the woodland, according to Zimmerman.

The goats will clear the area so workers can plant seedlings and rehabilitate the land, but the their work goes beyond mowing the lawn.

Part of Lookout Hill was mapped by the U.S. Forestry Service, and data collected from the animals' grazing will help others looking to use goats as an eco-friendly tool to taking out invasive species, said Zimmerman.

"What's nice about this project is we're monitoring how they work," said Zimmerman. "There's plenty of anecdotal evidence that they're good at this, but no one has scientifically tested it. This will help us figure out how many times it take to eradicate the plants."

But even if the invasive species return, the goats' work will still be a success because they are dining on poisonous plants the workers can't touch.

"They're doing great," said Zimmerman. "It's night and day when they're done."

CORRECTION: This story was updated to correct the spelling of Lily Belle's name.