By Noah Hurowitz |&nbspJuly 13, 2017 7:22am
@NoahHurowitz
Twitter Facebook Email More
Chynna Battle, 21, was gunned down Wednesday night as she hung out in a group of people in a courtyard inside the Stuyvesant Gardens Houses in Bed-Stuy. She leaves behind her three-year-old daughter, Amelia, pictured here.
View Full Caption
Facebook

BEDFORD-STUYVESANT — Two young moms were fatally shot Wednesday night after an unknown gunman opened fire on a group of people standing in a courtyard inside the Stuyvesant Gardens Houses, according to police.

Chynna Battle, 21, and Shaqwanda "Q" Staley, 29, who both had young daughters, were standing in a group in the courtyard between 760 Gates Ave., near the corner of Stuyvesant Avenue, around 9:30 p.m. when the shooter approached the crowd and opened fire, an NYPD spokesman said.

When police arrived they found both women unconscious and unresponsive, with the 21-year-old suffering from a gunshot wound to the head and the 29-year-old shot in the back, officials said.

Paramedics took Battle to Woodhull Hospital and the Staley to Kings County Hospital, but doctors were unable to save either woman, police said. Investigators believe the women were not the intended targets of the shooting, a police spokesman said.

Bianca Martin, 28, a neighbor whose own daughter is a cousin of the Battle's daughter, said she had been hanging out in the courtyard just before gunfire erupted. She described her dead friend as a hard-working mother who wasn't looking for trouble.

"This really hit home because it could have been anyone," Martin said through tears on Thursday morning. "To see something like this happen to someone who never put themselves in that environment, it's devastating."

There had been no arrests as of Thursday morning, a police spokesman said. Battle lived in a building around the corner from the scene of the shooting and Staley had grown up near the intersection of Hancock Street and Howard Avenue, about half a mile away, according to relatives of the women.

St. Omer said he had spoken to Battle Wednesday afternoon and sent his father to her place to drop off food for their daughter just hours before her death. He had just gotten out of work Wednesday night when he heard the news, and went to pick up their daughter, Amelia, who was staying with him Thursday afternoon.

Amelia, a bright-eyed, precocious little girl, poked her head out of St. Omer's Crown Heights home as he spoke with reporters, and he gently shooed her inside. She didn't yet know about her mother's death, he said.

“I’m gonna try to make my whole family help me tell her. I wanna try and keep her."

Friends and relatives remembered both women — it wasn't clear if they knew one another — as hardworking and dedicated to their children. Battle had worked until about a week ago at the Applebee's on Fulton Street, where coworkers remembered her as a joyful young woman who lived for her baby girl.

"She always had a smile on her face and she was always joking," said Learra Jimenez, a server at the restaurant. "I'm still in shock."

Staley, who went by the nickname "Q," grew up at Hancock Street and Howard Avenue, and although she had moved away recently, she was still a beloved figure on the block, according to Anthony Rosa, 31, who took it upon himself to set up a memorial poster to Staley outside a bodega on the corner.

"We just want people to remember her," Rosa said. "Everybody loved her, this is just so stunning." 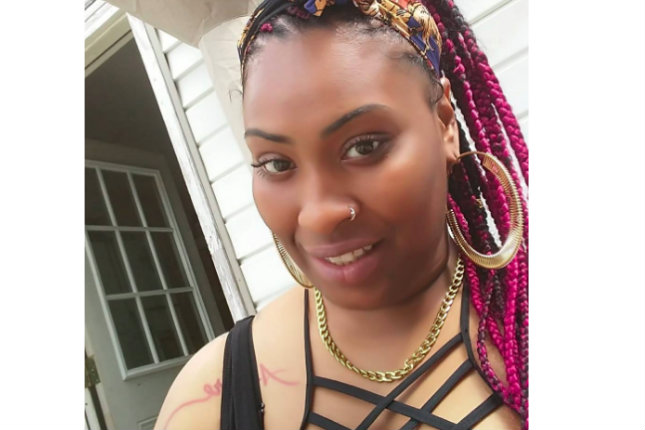 Joshua Williams, 29, recalled Staley as a loving mother who could also hang out with a group of guys on the block. Williams said the whole neighborhood was in mourning, and said the block was more deserted than usual because people were so upset.

Relatives of Battle planned a vigil for 5 p.m. on Thursday afternoon outside 760 Gates Ave., and friends of Staley were planning to hold a vigil for her at the makeshift memorial at Hancock and Howard at 7 p.m., they said.