6 Things You Didn't Know About the Staten Island Ferry

STATEN ISLAND — In the trailer for "Spider-Man: Homecoming," which opens next week, Peter Parker can be seen trying to save the lives of commuters and tourists by holding together a severed Staten Island Ferry boat with his web.

The ferry's latest cameo is only one of many roles it's had in movies and books, in addition to the real-life parts it has played in everything from the Civil War and to overcrowding on Rikers Island.

If the vessel's latest appearance has you thinking about the crazy things that could happen to the ferry, here's a list of some interesting facts in the more than 200-year history of the iconic orange boat.

Even though some think Staten Island shouldn't be a borough, it officially became a part of New York City in 1898. But the island had ferry service to Manhattan long before that.

"There's evidence they went back and forth over the bodies of water like Raritan Bay, Arthur Kill and even in the Kill van Kull," said Gabriella Leone, archives and library manager for the Staten Island Museum.

Ferry service similar to what we have now between St. George to Lower Manhattan was launched sometime in the 1880s by journalist, developer and businessman Erastus Wiman as a way to get Manhattanites to visit.

Wiman hoped to attract people to Staten Island with a baseball stadium that housed the original New York Mets, as well as a theater and an amusement park.

His plan was similar to what developers now hope to accomplish with the New York Wheel and Empire Outlets, Leone said, but Wiman's first attempt wasn't a success.

When Staten Island became part of New York City, local government took a controlling stake in the line before fully owning it by 1904, Leone explained. 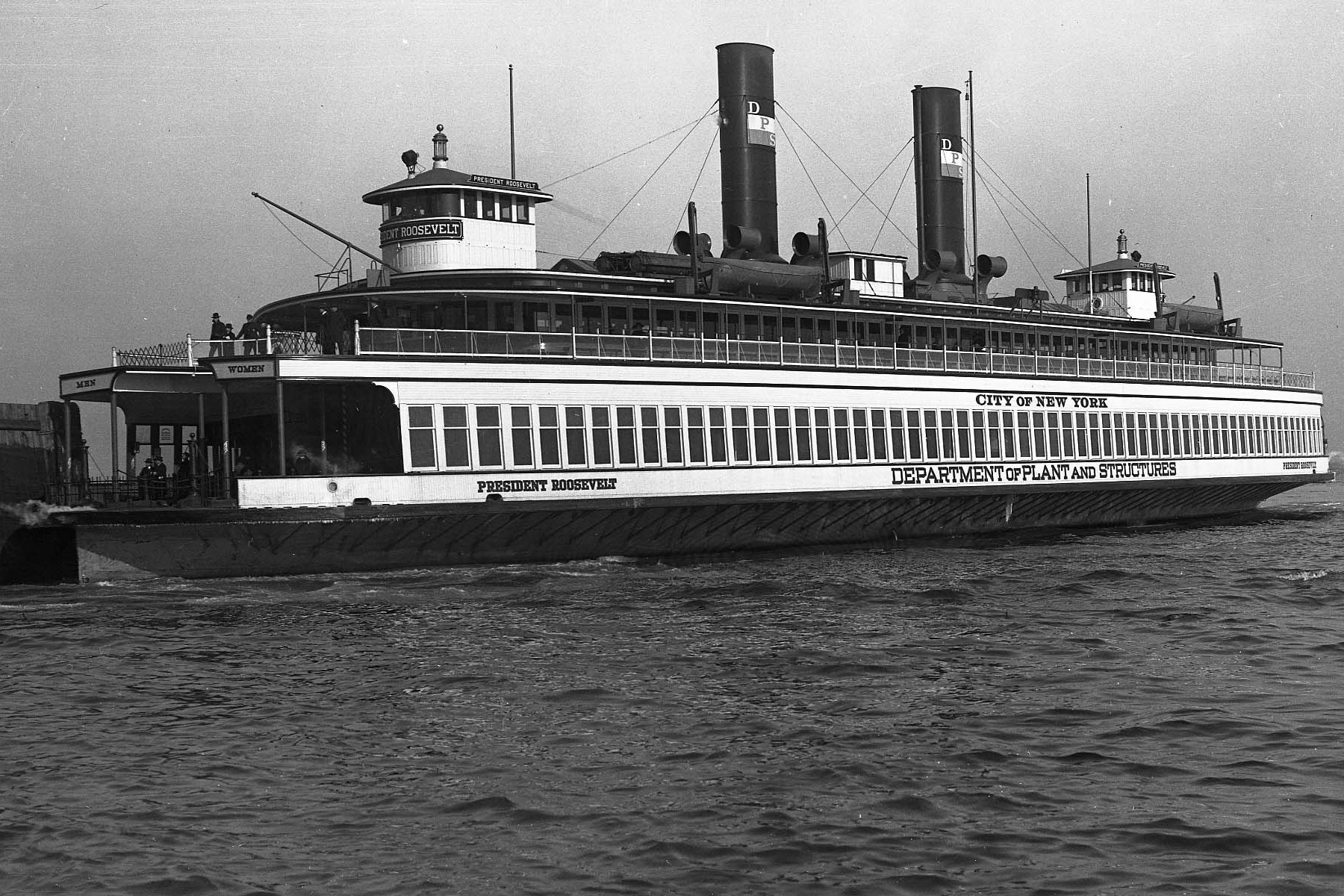 2. Staten Island Ferries Were Used as Gun Ships in the Civil War

The steamboat Staten Island ferries didn't just transport people to baseball games, but were also used by the Union army during the Civil War.

The army wanted to create a blockade on ports in the South — to cripple its economy and then capture land — but their ships were too large to traverse the windy rivers, said Justin Parkoff, a maritime archeologist from Texas. So generals settled on using ferry boats from around the country, with the ones from Staten Island being some of the best.

The Union bought the Clifton and Westfield ferries in 1871 for $180,000 — about double their worth — then outfitted them as gunships with canons and more, according to the book "Ferryboats That Went to War" by Elliot Burgher.

"They were the most heavily modified out of any ferry in the war," Parkoff said. "Their service life was short-lived, but they were extremely successful." 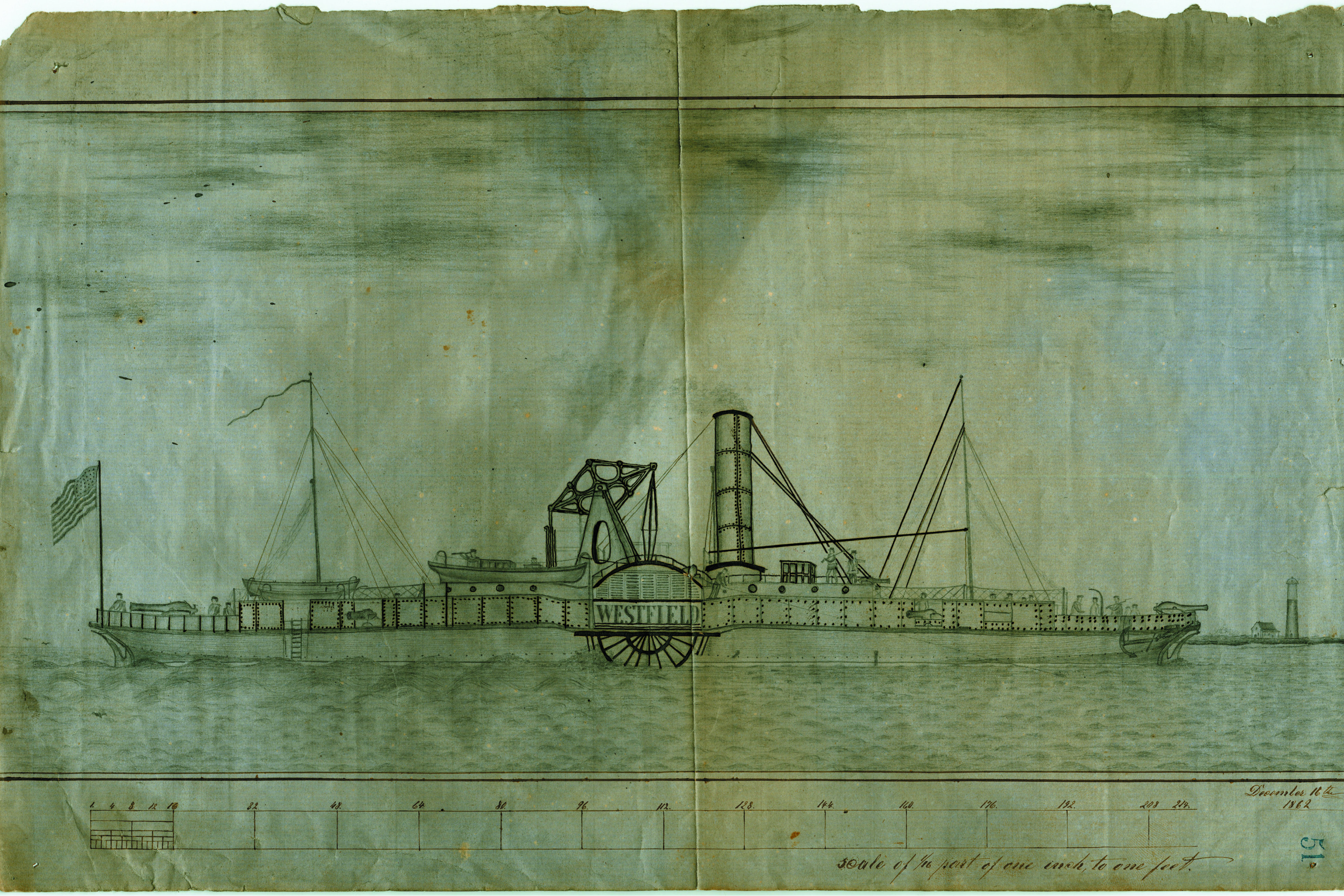 An eyewitness sketch of the USS Westfield. (Image courtesy of the Memphis and Shelby County Room, Memphis Public Library and Information Center)

After helping capture New Orleans, the Westfield became the lead ship for all operations in Texas, with the Clifton always by its side.

The Westfield's glory ended in 1863 when the Confederate army launched a sneak attack at a Union base in Galveston. The Westfield eventually ran aground, so the captain set off an explosion to keep it from falling into enemy hands.

However, the charges went off too early, blowing the ship in half, killing the crew and leaving parts of the ferry visible off the coast for years.

"The Confederates loved it," Parkoff said. "It was reminder of a triumph over a stronger enemy."

A hurricane washed it away from memory until the U.S. Army Corps of Engineers stumbled upon it in 2009 during a different project and eventually excavated the remains.

Parkoff has worked since then to stabilize the artifacts and reconstruct what he could as part of a joint project with the Army Corps, U.S. Naval History and Heritage Command, the Texas Historical Commission and Texas A&M University. 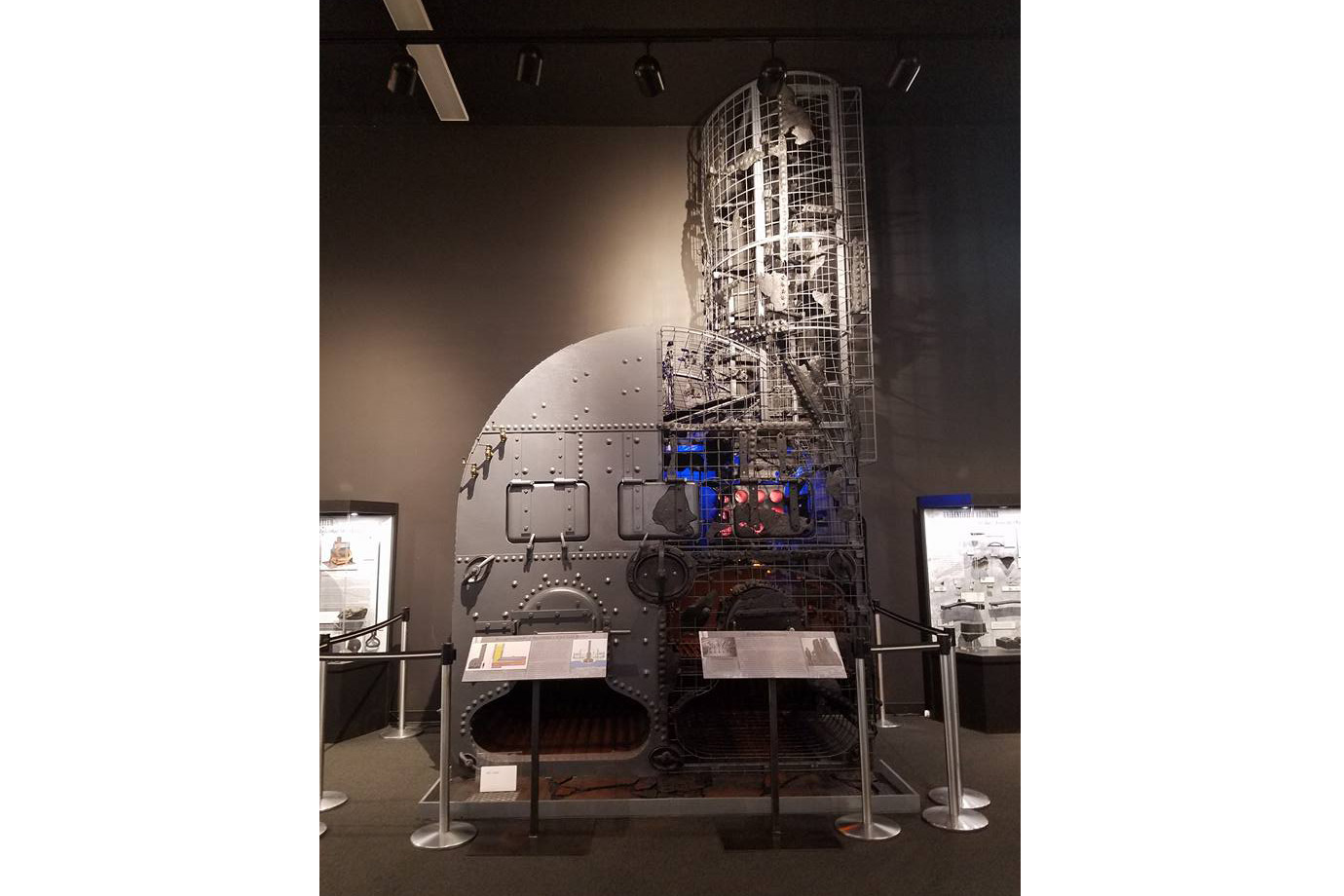 Sections of the deck, boiler and one canon he helped reconstruct opened to the public in March at the Texas City Museum as part of a new exhibit about its history.

Faced with severe overcrowding on Rikers Island, Mayor Ed Koch developed a plan in 1987 to convert two former Staten Island Ferry boats into prison barges that would hold inmates off the coast of The Bronx, the New York Times reported at the time.

Each boat — the Walter Keane and Harold A. Wildstein — was able to hold 162 inmates each and were part of several barges pitched by Koch to deal with the nearly 1,000 extra inmates the jail had at the time.

Thomas King, owner of Advance Lock and Key in Midland Beach, was tasked with the job of making sure inmates couldn't access the ships' engine rooms. King had to install high security locks on the doors and weld special boxes on each door to get them on. 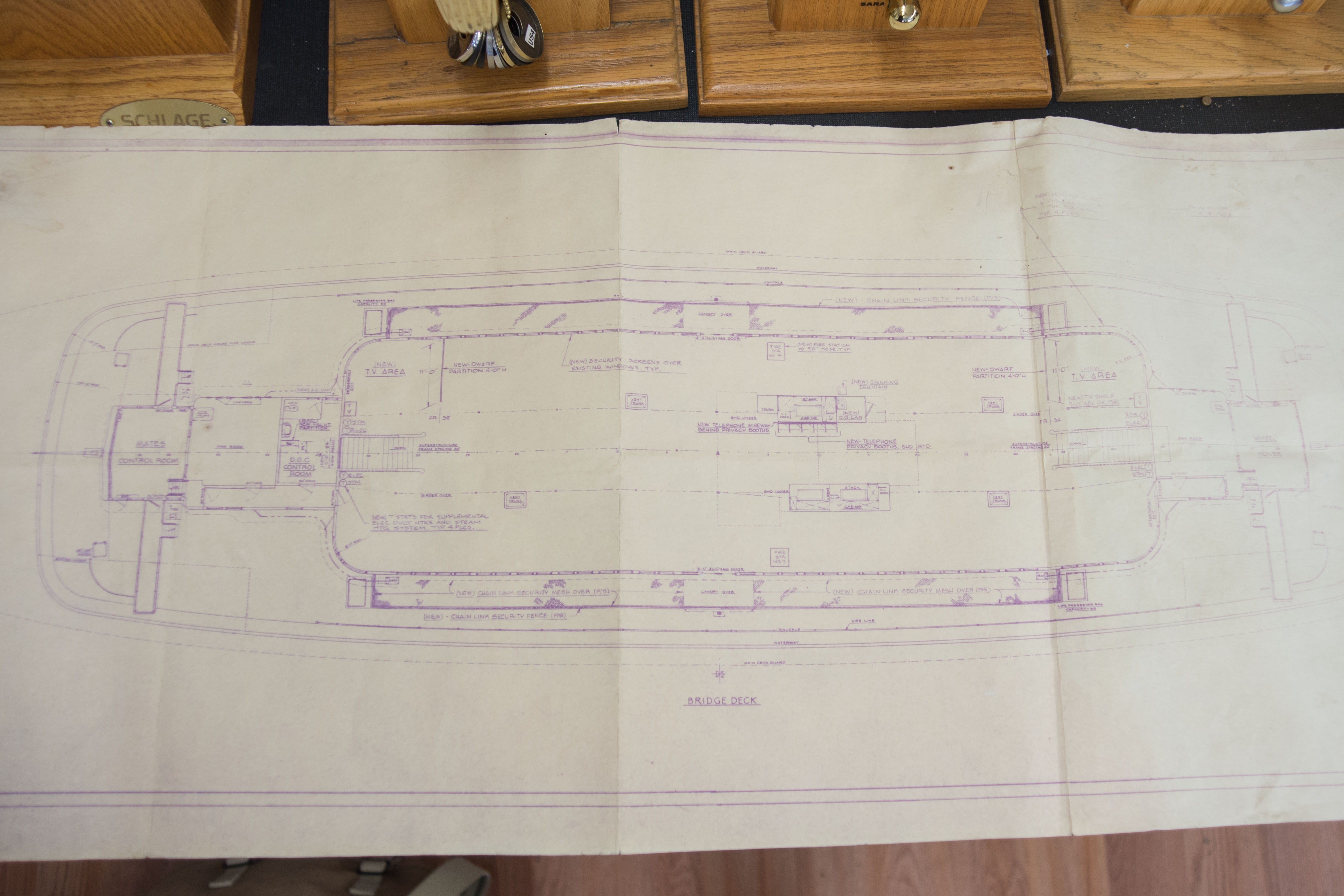 Schematics from on of the Staten Island Ferry boats turned into a prison. (DNAinfo/Nicholas Rizzi)

Other locksmiths turned down the job because they thought it would be too difficult, but King said he was up for the challenge.

"I was a young kid, and I said I could do anything," he said.

The first one King worked on was at a dock in Richmond Terrace, where he originally got stiffed from the contractor for his work. The city tapped him again for the second boat, but King made sure he got paid in advance.

He spent nearly a week traveling from Staten Island to Rikers Island to make sure prisoners could not access that ferry's engine room.

"The weirdest thing was going through like a prisoner," he explained. "You had to count your tools."

After he finished the job, King packed away the plans and said he hasn't thought or talked about it much in the 30 years that have since passed. 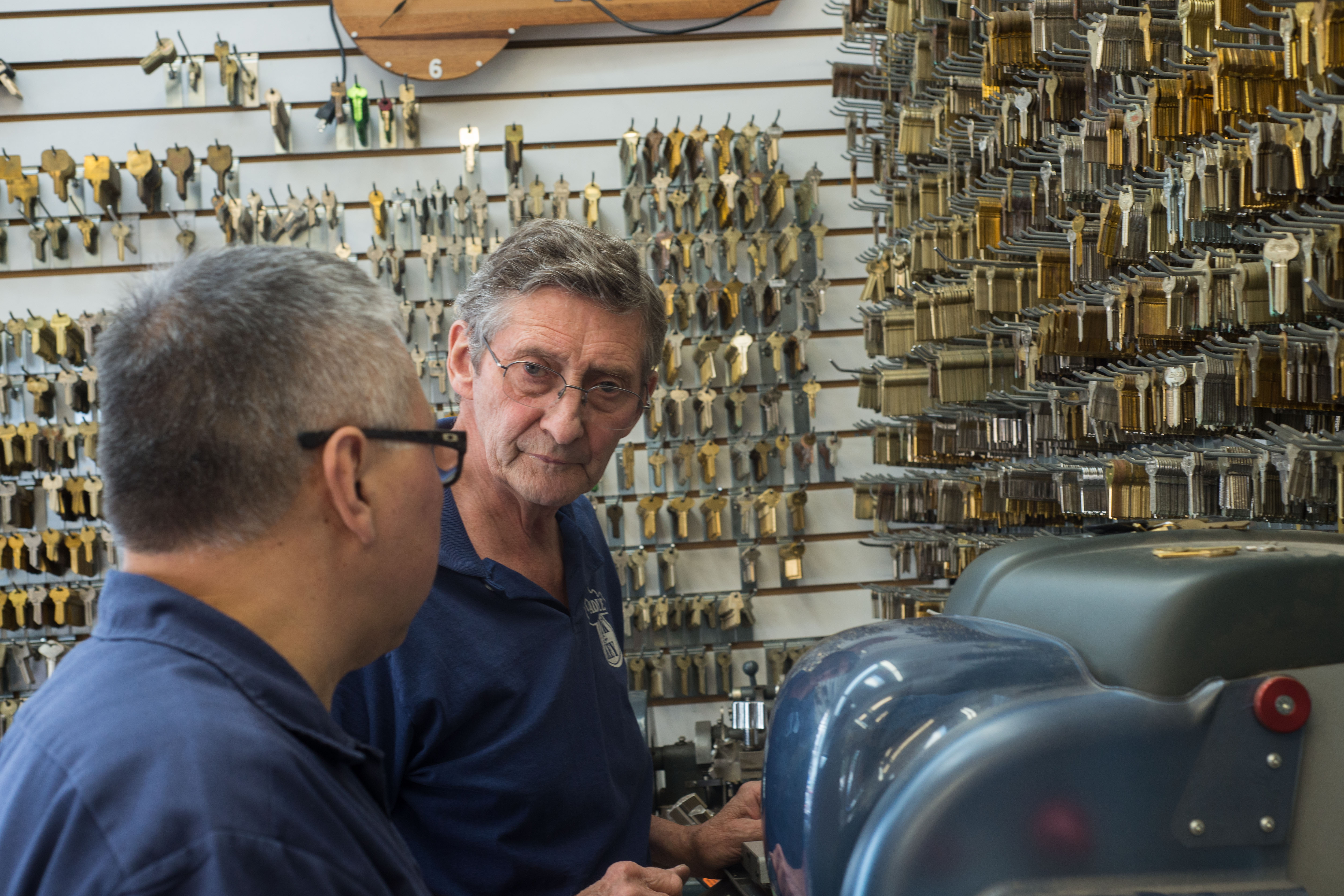 The Department of Corrections stopped using the boats at Rikers in 1997, a spokeswoman for the agency said.

4. The Ferry Used to Cost 5 Cents Per Ride

The Staten Island Ferry is currently the only free, round-the-clock form of public transportation by boat in the city — but that wasn't always the case.

The ferry originally cost 5 cents per ride when it launched, eventually climbing to 50 cents, with passengers needing to drop coins in turnstiles to get on board, Leone said.

In 1997, then-Mayor Rudolph Giuliani eliminated the fare when the city switched to MetroCards and created free transfers on public transportation systems.

Leone said the decision to make it free was partially motivated by the fact that the ferry didn't make any money anyway and Staten Islanders constantly complained they had no free way to get off the borough.

The Times reported at the time that the free fare was also an election-year gift to the borough from Giuliani, because they played a major role in getting him into office for his first term in 1993.

5. Motorist Used To Be Able to Transport Their Cars on the Ferry

Despite the "Spider-Man" trailer showing cars on the Spirit of America boat, vehicles haven't been allowed on board since 9/11.

From the earliest days of the ferry, horse and buggies were allowed on board for transport to Manhattan, and cars were eventually permitted when they took over the city streets, Leone said.

The price for bringing the car topped out at $3 until they were banned from the boats over security concerns after the Sept. 11 attacks, along with lower-level boarding for passengers.

In April, the city announced a $2 million plan to return lower-level boarding for passengers at both terminals, but cars still can't come.

The ferry is famous for its bright orange exterior, but the boats weren't always painted that color.

Leone said records don't show when or why the city made the switch to an all-orange fleet, and the Department of Transportation could not provide further information.