EAST HARLEM — A cup of coffee could give a boost to the community — and not in the caffeinated sense.

A new composting project spearheaded by members of Lydia’s Magic Garden, at East 118th Street and Park Avenue, will use coffee grounds from neighborhood cafes to enhance soil in the green space.

The garden, which had been closed for the past three years due to an adjacent construction project, plans to reopen within the next year using the composting technique, thanks to a city grant.

Shawn Hill, a member of Lydia’s Magic Garden, said the practice of using coffee grounds not only reduces waste locally but prevents noxious smells associated with some traditional compositing methods, adds texture to the soil and balances its pH levels. 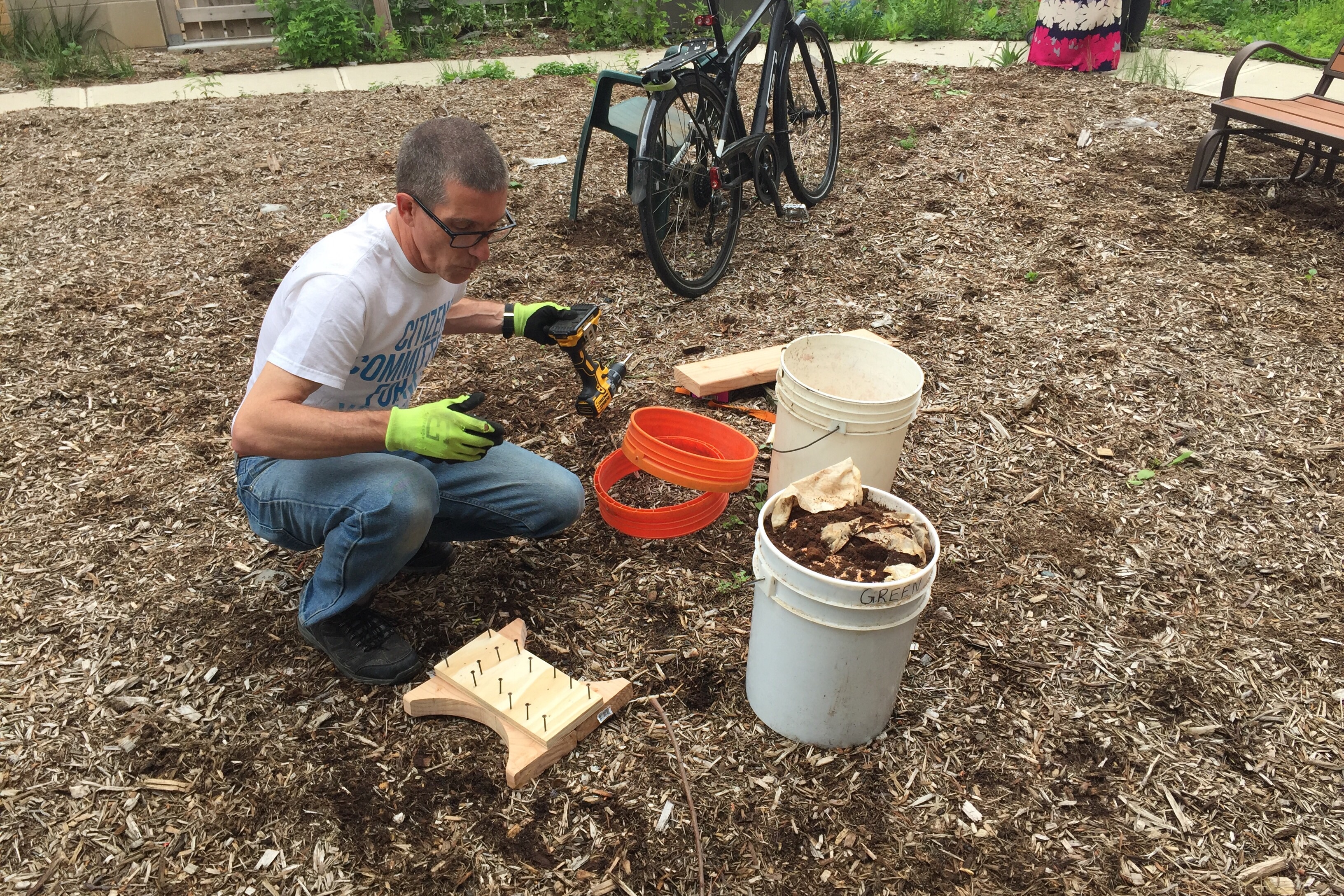 “This can be transformed into healthy soil to help New Yorkers feed themselves,” he explained.

Hill said three local cafes are participating and that he plans to do additional outreach to get more on board.

Dan Hildebrandt, a manager at Uptown Roasters at East 110th Street and Lexington Avenue, is one of the coffee shops participating. He said that as a business owner, it made sense to get involved.

“I knew we were going to create a lot of waste,” he said, “so we wanted to have as little impact as possible on the environment.”

Hill said the garden will build a three-bin compost system of fresh to mature scraps to manage the garden. He also created a makeshift carrying system that attaches to bikes, making it easier for café owners and garden members to transport gallons of coffee grounds in buckets.

Members will also begin building gardening beds in which they plan to grow their own produce. After opening, the garden will also begin exploring adding traditional composting materials, such as kitchen scraps, to its system.

Thirty-six community gardens across the five boroughs received a total of $22,740 in grants to organize inventive compositing programs that could minimize waste and encourage sustainability, officials said.

The projects were bankrolled by individual grants of up to $750 from the Manhattan Borough President’s Office, the Manhattan Solid Waste Advisory Board and a matching grant from the Citizens Committee for New York City, officials said.

“Neighborhood-level compositing brings communities together around sustainable practices, and spur innovations that can be replicated across the city,” Manhattan Borough President Gale Brewer said in a statement.

“This grant program is just one piece of the puzzle,” Citizens Committee for New York City CEO Peter Kostmayer added in a statement. “Still it clearly demonstrates that New Yorkers can take control of the nutrient cycle locally and sustain it over time.”