Harlem Block Once Plagued by Raccoons Gets $1,000 Beautification Grant

HARLEM —​ A block that gained notoriety for harboring a gaze of pet-eating raccoons won a sought-after grant to help spruce up their street.

The 100-168 West 121st Street Block Association was chosen by the mayor’s office and Citizens Committee of New York City to receive a $1,000 Love Your Block cash grant, with the funds used by residents to perform an all-day community service project aimed at beautifying their street.

This is the first time the block has been awarded the grant, said block association president Nia Bediakio, noting the organization applied in November and was notified the block won in December.

“My goal was to bring the block together,” she said. “This is our block so we want it to look good.” 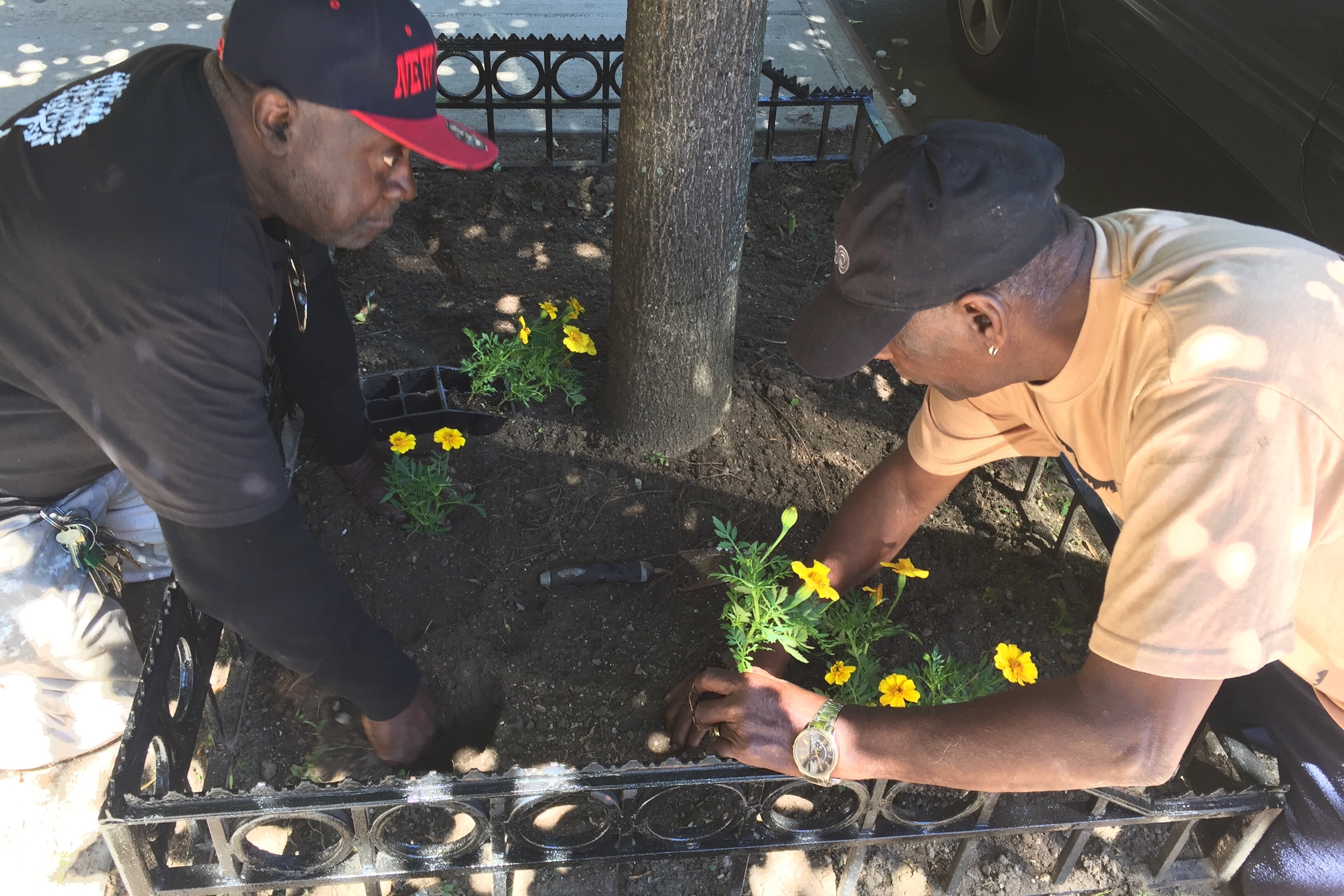 Members of the association came out in full force on Saturday, picking up garbage and planting an array of flowers and other greenery in tree beds lining the streets between Adam Clayton Powell Jr. and Malcolm X Boulevards.

The grant, now in its ninth year, was awarded to 24 other groups across the five boroughs, officials said.

Last year, raccoons wreaked havoc on Harlem block, breaking into homes to get at food, damaging property and even eating pets.

Bediako said the raccoons have since vanished because the abandoned brownstone the mischievous animals called home has been renovated and cleaned out.