BROOKLYN — The Prospect Avenue R train station in Brooklyn will close for about six months on June 5 as part of a plan to upgrade more than 30 stations in the city's subway system, the MTA announced Thursday.

Station entrances, turnstile areas and subway platforms will be refurbished during the closure, which is part of the transit agency's citywide "Enhanced Station Initiative."

The entrances will feature new handrails, stair treads and wall tiles, along with digital screens displaying real-time service information at the street level, according to the MTA, which added that "canopies will be installed at select key entrances."

Station walls and ceilings will also be repaired with new granite flooring, while brighter LED lighting, security cameras and Help Point intercoms will also be installed, the agency said in a press release. Digital screens with real-time arrival information, new station art and electric charging stations are also part of the initiative. 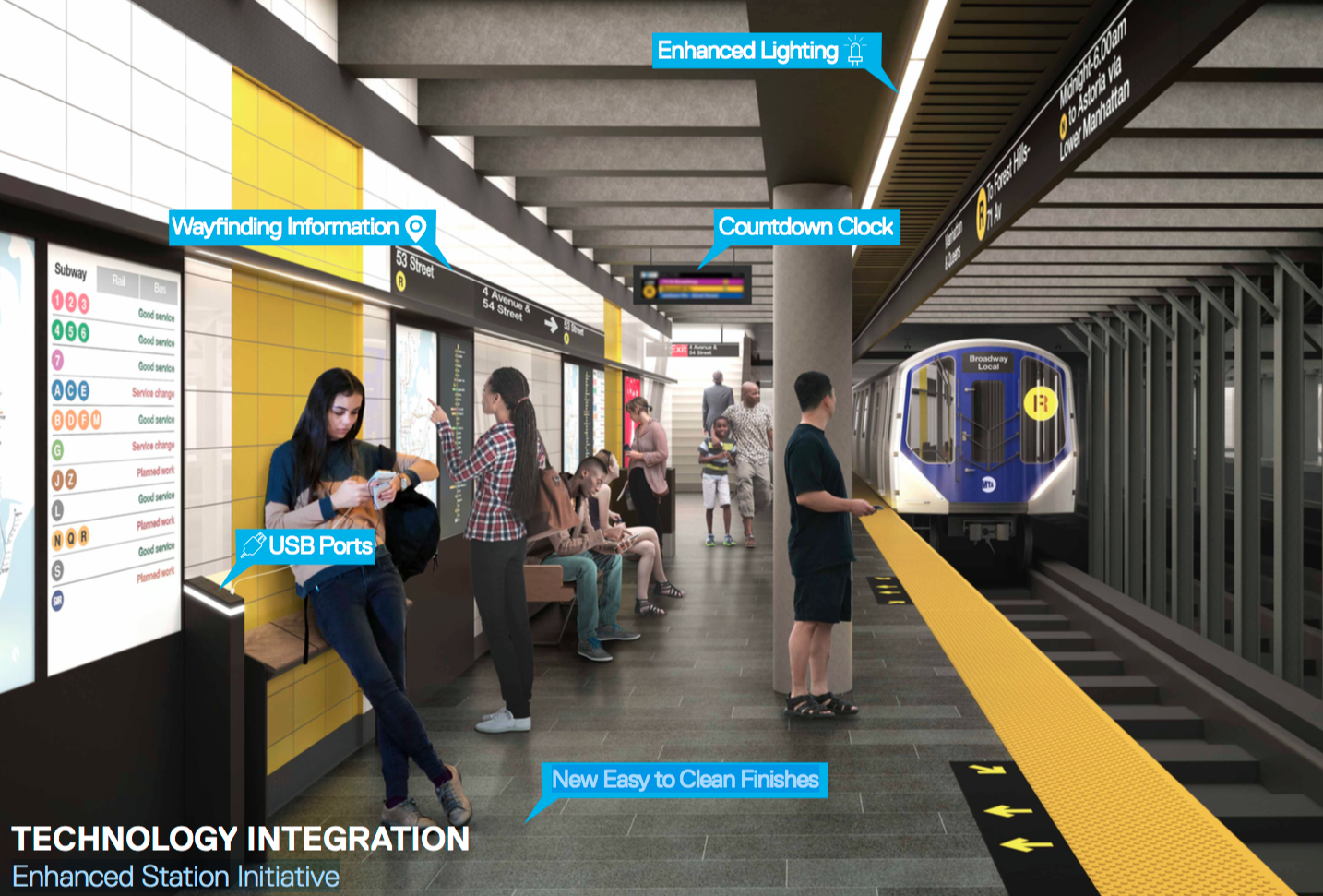 This rendering shows an example of some of the renovations coming to subway stations as part of the MTA's "Enhanced Station Initiative." (via MTA)

The station will be the third R train station along Fourth Avenue in the borough to temporarily close in both directions in order for the MTA to carry out extensive renovations, the transit agency said.

Straphangers will be able to use the Fourth Avenue-Ninth Street or 25th Street stations as an alternative during the Prospect Avenue closure, by taking the B37 or B63 buses, the MTA said.