FINANCIAL DISTRICT — The NYPD is stonewalling the MTA by refusing to hand over arrest data on turnstile jumping despite repeated requests by a board member who believes the department unfairly targets poorer communities where more blacks and Latinos live.

Mayoral appointee to the MTA board, David Jones grilled Assistant Chief of NYPD's Transit Bureau Vincent Coogan at a Monday morning meeting, demanding to know why, after four months of asking for a detailed breakdown of which stations turnstile jumpers are arrested and their race, the NYPD still hasn't provided the information.

"I would again insist that we start to have these reports," he said. "I don't quite understand what the resistance is to this particular issue."

Coogan said that compiling a breakdown of arrests for theft of services at each station, "is very time consuming," though he later said in a private conversation that he would try to get the information to the MTA, Jones said.

The NYPD didn't return a request for further comment immediately.

Earlier this year, the NYPD's Transit Bureau compiled a small snapshot of the data Jones is requesting, which he called "pretty scary."

Of the 4,624 arrests for theft of services between Jan. 1 and Feb. 12 this year, 90.2 percent of arrestees were either black or Latino, according to the NYPD's tally provided to Jones.

Jones also suspects that data on where the arrests occur most frequently, would prove that poorer communities have higher arrest rates for theft of services than more affluent communities, he said.

"We have a sense that if you start to map this across the city, it's the very poorest neighborhoods [that are targeted]," Jones told DNAinfo New York, citing an analysis conducted by Brooklyn Defender Services, which draws on information from their own database for theft of service arrests from 2016. 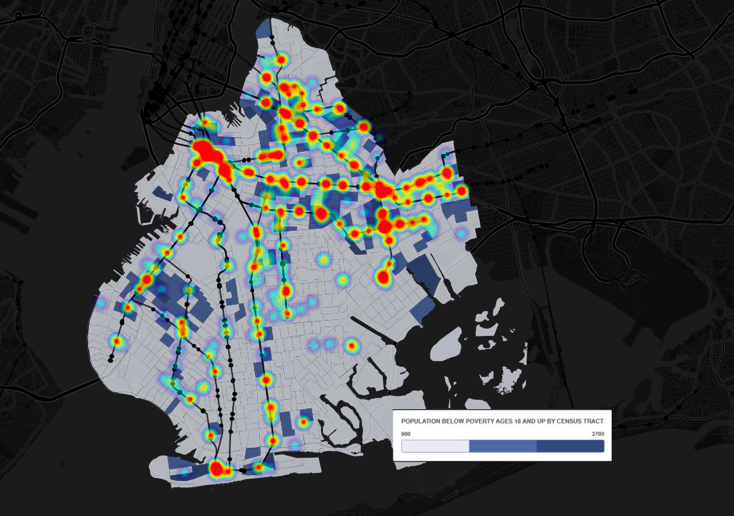 Estimates from 2016 put the number of New Yorkers arrested for the offense at 30,000. The issue is even more pressing now, Jones argued, with President Donald Trump's new immigration priorities that mean that low-level offenders could face deportation.

Activists have urged New Yorkers to "Swipe it Forward," or give out MetroCard swipes to fellow straphangers and in its budget for this year, the City Council is pushing for a $50 million "Fair Fares" pilot program that would subsidize MetroCards for New Yorkers who make about $10,000 a year.

The mayor has opposed the $50 million dollar allotment, arguing that it's the state's responsibility. The budget will be finalized in the next few weeks.