By Aidan Gardiner |&nbspApril 14, 2017 8:33am
@aidangardiner
Twitter Facebook Email More
He was tying his boat to a barge when the line cinched his elbow and severed his arm, police said.
View Full Caption
Twitter/@NYPDSpecialops

BROOKLYN — A deckhand's left arm was severed as he tried to secure his tugboat named Mister T to a barge near the Statue of Liberty on Thursday night, NYPD officials said.

The 27-year-old New York state resident was securing the line on the 145-foot tugboat when it cinched his arm just below the elbow and severed it about 11:11 p.m., police said.

Officer Paul Hessian with the NYPD's Harbor Unit Charlie got to him and tied a tourniquet just below his left shoulder to stop the bleeding so police could bring him back to the Brooklyn Army Terminal and then Lutheran Medical Center, police said.

It wasn't immediately clear if the arm was recovered. 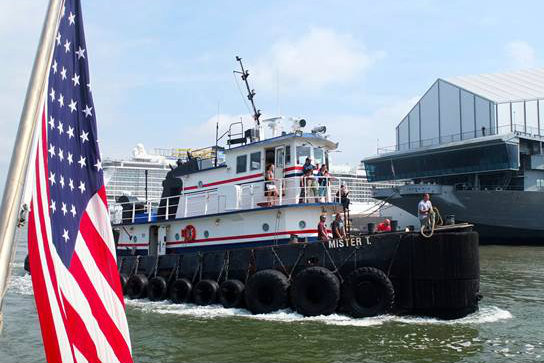 Mister T, which sources said is registered to a Connecticut-based company, was built in Rhode Island in 2001, according to the company's website.