By Dartunorro Clark |&nbspApril 5, 2017 11:32am
@DartDClark
Twitter Facebook Email More
A mother and child at one of the health center's suites.
View Full Caption
DNAinfo/Dartunorro Clark

EAST HARLEM— A health clinic, yoga studio, suites for expectant mothers and even a bike-powered smoothie maker are featured at a Neighborhood Health Action Center that opened this week on East 115th Street.

City officials formally opened the doors to the center at 158 E. 115th St. Tuesday, the first of seven planned throughout the city by the Health Department.

The center aims to target underserved neighborhoods with “high health needs” and bring tailored services directly to the community, officials said. The East Harlem outpost, which is located inside an old Health Department building, opened this week along with one each in Brooklyn and The Bronx.

Health Department Commissioner Dr. Mary Bassett said at the center's unveiling Tuesday that she is "deeply concerned" about threats to cut federal funding to sanctuary cities such as New York by the Trump administration and thanked the city for backing the effort.

Bassett also said the center will be a safe space for undocumented immigrants who have expressed fear of deportation.

“We will never ask people about their immigration status,” she said. “There’s no fear in these walls.”

The mayor’s office allocated $3 million to develop the East Harlem site, as well as the ones in Brownsville and Tremont, officials said.

The East Harlem site received an additional $600,000 from the City Council through Speaker Mark-Viverito, whose district includes East Harlem. 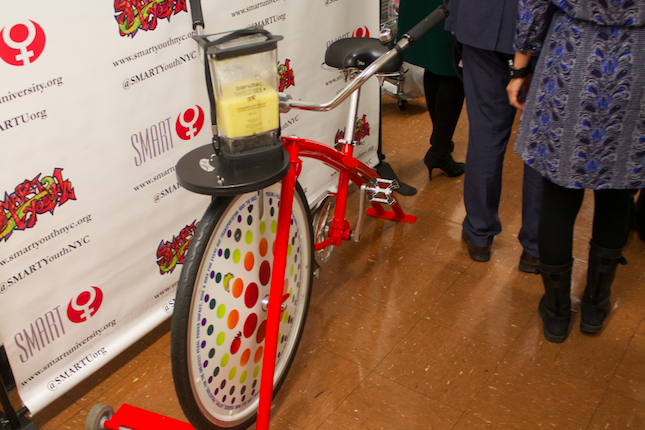 A bike-powered smoothie maker at the health center. (DNAinfo/Dartunorro Clark)

The clinic, slated to open later this year, will provide mental health counseling, HIV and other STI testing, behavioral health services, asthma counseling, and social services. It will be run by Harlem United, a local nonprofit that provides free health services to the community.

“For the first time in recent memory this building is going to be fully utilized, and the kind of services it provides is needed now more than ever as we continue to see disproportionate rates of conditions like asthma, obesity and diabetes in our community,” Mark-Viverito said.

“Where you live should not determine how you live or how well you live,” added Dr. Herminia Palacio, deputy mayor for health and human services, on Tuesday. “This is one of the ways we tackle that inequality.”

Man Shot by Police in Inwood After Interfering with Drug Bust