LOWER MANHATTAN — The Department of Transportation is rolling out new bike lanes Downtown, aiming to make the confusing, often "dangerous" routes for cyclists heading to the Brooklyn Bridge safer, according to a proposal from the agency.

Without a dedicated bike lane near the onramp for the Brooklyn Bridge, on Centre Street, by Park Row and Spruce Street, hundreds of cyclists daily bike against traffic, sometimes accidentally entering the bridge's roadway, instead of the pedestrian and bike path, the DOT said in its presentation, shared with Community Board 1.

Some cyclists also bike on the crowded sidewalk encircling Brooklyn Bridge park — which is illegal — to avoid riding against traffic before getting onto the bridge, the DOT said.

To help fix those issues, the DOT is planning to make a  two-way protected bike lane across from the bridge's entrance at Centre Street and Park Row, as well adding a crosswalk and extending medians to for a safer pedestrian walkway to the bridge.

Here's a look at the changes: 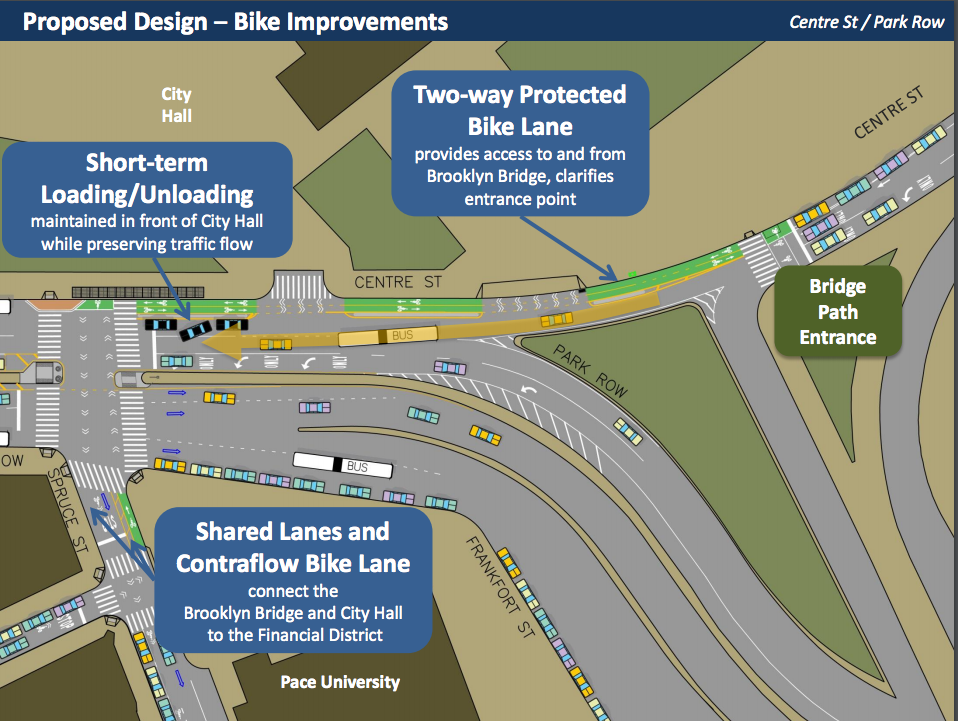 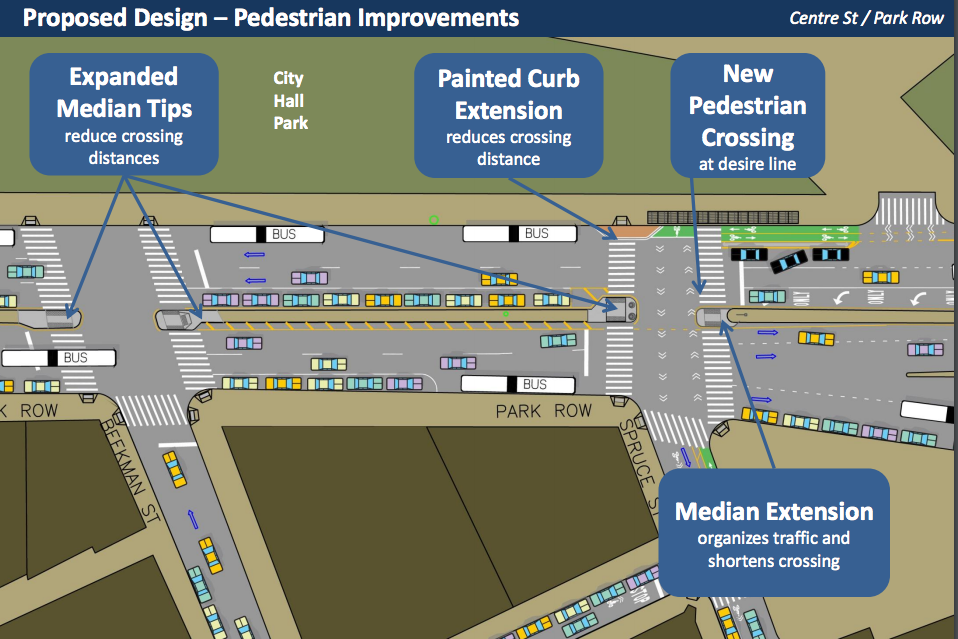 The DOT is also planning to create a series of new bike paths, as well as shared lanes — meaning riders share road space with cars, though there are markings to indicate the lane is meant for cars and bikes — to make the route from The Battery to the Brooklyn Bridge more direct, the agency said. 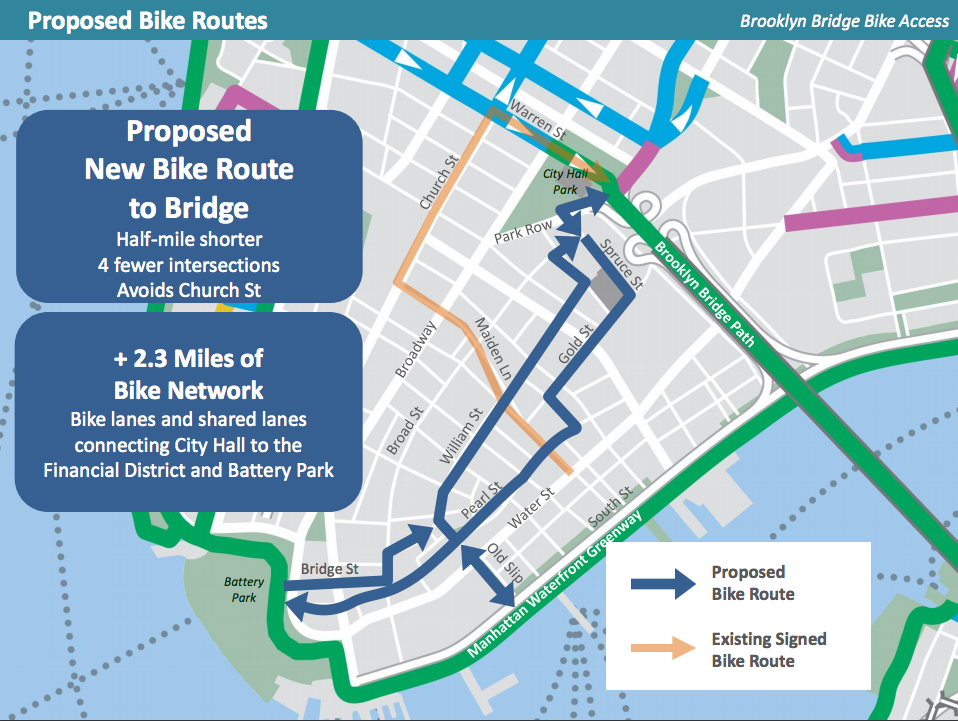 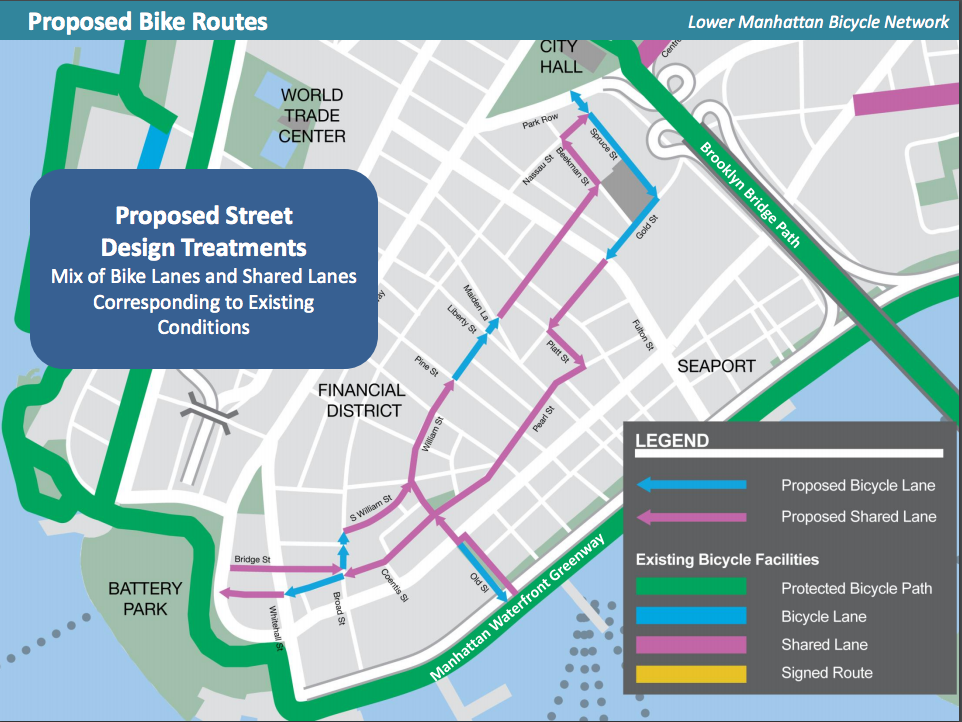 Here's a link to the full presentation. The DOT told Community Board 1 that it plans to create the new lanes this summer.