Artist Katja Novitskova's giant flat sculptures juxtapose images of the earth and other planets, along with blown-up photos of terrestrial animals, including squids, lizards and the hydra — organisms often used in biotechnology and genetic research — creates seemingly alien artwork. 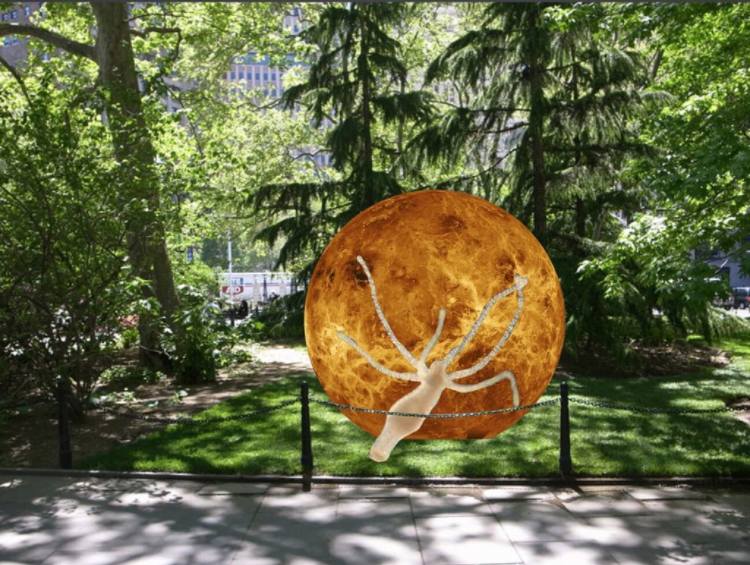 The exhibit, called "Earth Potential," explores the relationship between technology, scientific research and the physical world, according the exhibit sponsor, the Public Art Fund.

“From the micro to the macro, Novitskova brings to life a world that was once invisible but now, due to advances in satellite cameras and electronic microscopes, can be pictured in great detail,” said Public Art Fund Associate curator Emma Enderby in a statement. “These images are also of living forms that are used in the scientific community to synthetically change the future of our planet. With this, Novitskova invites the viewer to reflect on the ways in which we see our world and how we perceive the potential of the Earth.”

The aluminum sculptures, measuring 6 to 8 feet in diameter, will be lit up at night, creating a surreal, seemingly extraterrestrial landscape, organizers said.