By Leslie Albrecht |&nbspMarch 17, 2017 8:38am | Updated on March 17, 2017 7:21pm
@ReporterLeslie
Twitter Facebook Email More
Jim Houlihan, a bartender at Farrell's for the past 50 years, was inducted into the Bartender Hall of Fame on Wednesday night.
View Full Caption
Bartender Magazine

WINDSOR TERRACE — The hall of fame bartender at neighborhood watering hole Farrell's will serve as the grand marshal for the 42nd annual Brooklyn St. Patrick's Day parade this Sunday.

Jim Houlihan, known as Houlie, will preside over the procession of Irish dancers and bagpipers, which kicks off at 1 p.m. at 15th Street and Prospect Park West.

Houlihan, a co-owner of Farrell's, was inducted into the Bartender Hall of Fame in 2015, in part because of the active role he plays in the neighborhood. Houlihan's volunteer work and good deeds were also part of the reason parade organizers selected him to be grand marshal, said co-chairwoman Mary Hogan.

"We always look for somebody who’s prominent in the Irish-American community and Houlihan fits that," Hogan said. "Generations of the same family know Farrell’s. He’s always been involved in community activities and he’s generous with his time and money. We’ve gotten a lot of positive responses. Everybody seems to know him and to love him." 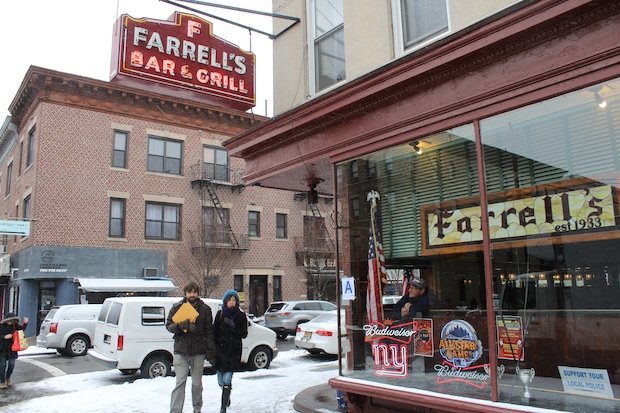 Houlihan helped organize volunteers to paint Holy Name school and helped start a scholarship fund in honor of Vinnie Brunton, the FDNY firefighter and Farrell's bartender who was killed on 9/11.

"Anyone from Windsor Terrace knows that Farrell’s saloon, the bar where ‘Houlie’ works, is also a solid neighborhood landmark well-known for its involvement in community events,” then U.S. Rep. Chuck Schumer said in 1995, according to an article by local author Pat Fenton.

Farrell's, at Prospect Park West and 16th Street, opened in 1933 and Houlihan has served drinks there for about 50 years. Though the local Irish population has dwindled, both Farrell's and the annual St. Patrick's Day parade bring relocated residents back to the old neighborhood to celebrate, Hogan said. 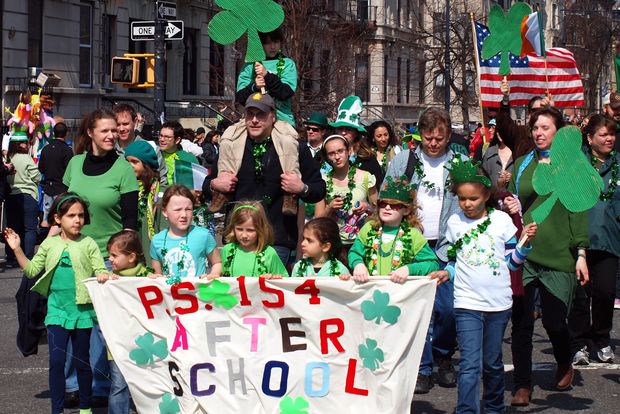 The parade festivities kick off with an early morning Mass celebration at Holy Name of Jesus Church and end with a corned beef and cabbage dinner in the Holy Name reception hall.

The news that Houlihan would serve as grand marshal was first reported by Irish Central, which said the annual parade "might as well be an organized march straight to the doors of Farrell’s."