LOWER MANHATTAN — Hundreds gathered at Foley Square Wednesday evening to protest President Donald Trump's immigration ban — the latest rally in a continued series of protests in Lower Manhattan and across the city since Trump's executive orders were signed on Friday.

Protesters carrying signs gathered at the square, which sits amid a strip of state and federal courthouses, as a series of speakers voiced their discontent over the ban that blocks entry for all refugees from Syria indefinitely, halts refugees from other countries for 120 days and restricts travel from six additional majority Muslim countries.

"We are a city and country of immigrants," said Rama Issa-Ibrahim, a lead adviser to the NYC Commission on Human Rights, and herself a Syrian immigrant, "We will not stop fighting for everyone's rights."

The protesters then walked towards Broadway, with several hundred gathering outside of 26 Federal Plaza, where the U.S. Department of Homeland Security has an office, while another group of hundreds marched further south down Broadway. 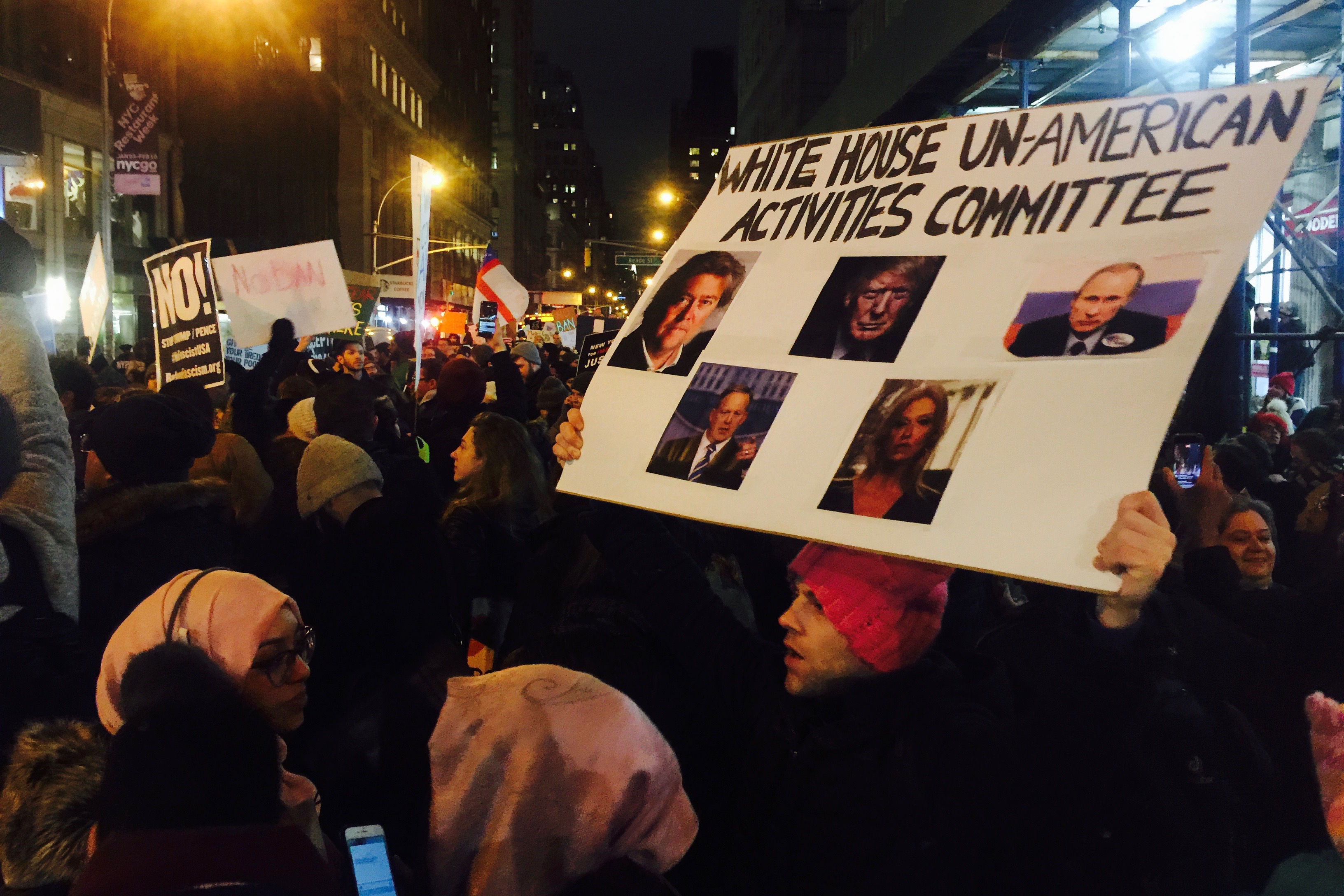 Police said the protesters were peaceful and there no arrests.

Rallies and protests continue throughout the city this week and include a shutdown of bodegas and delis run by Yemeni immigrants Thursday. Yemen is on the list of banned countries, along with Syria, Iraq, Iran, Somalia, Sudan and Libya.