FINANCIAL DISTRICT — A once thriving, now mostly forgotten, hub of Arab culture in Lower Manhattan has found something of a home in the neighborhood once again.

Little Syria — a bustling center for thousands of Arab immigrants who had made their first journey to the United States at the turn of the century — will be commemorated in a revamped park that sits by the Battery Tunnel, near what was once the center of the long-gone community.

Last week, a proposal from French-Moroccan artist Sara Ouhaddou that honors Little Syria's history was selected by the Department of Cultural Affairs’ Percent for Art program as the design for permanent artwork in the Elizabeth H. Berger park, a sparse plaza that's being transformed into a sprawling 20,000-square-foot park.

Berger, the former president of the Downtown Alliance who died in 2013, had championed a park that would fuse two traffic islands near the tunnel's exit, into a inviting space with greenery and seating.

Downtown historians have also long advocated for a better homage to Little Syria, a lively neighborhood of Middle Eastern merchants and cafes, but also a vibrant community for journalists, poets and writers of Arab descent.

The neighborhood was home to the the first Arab-language newspapers in the country — it was also the first place where Arabic lettering was adopted to the printers of the time, something that help spread newspapers and other writing across the greater Arab world, said Todd Fine, president of the Washington Street Historical Society, an organization dedicated to preserving Little Syria's history. 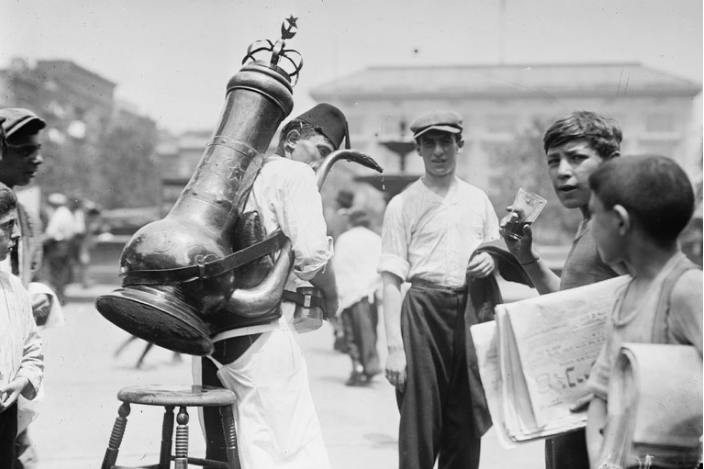 Little Syria, a community of thousands of Arabs at the tip of Manhattan, was once a vibrant neighborhood in the early 1900s. (Library of Congress)

"It was a thriving center for all sorts of thinkers and writers who were able to come to New York, like many other immigrants, and express themselves," Fine said.

Noted writers of the time including Khalil Gibran and Ameen Rihani used their poetry and prose to "wrestle with the great questions of life," he said.

Ouhaddou's art will pay homage to those writers using their words — as well as the history of the "Pen League," the country's first Arab-American literary society, which emerged from Little Syria —  while incorporating her interpretation of Arabic design. 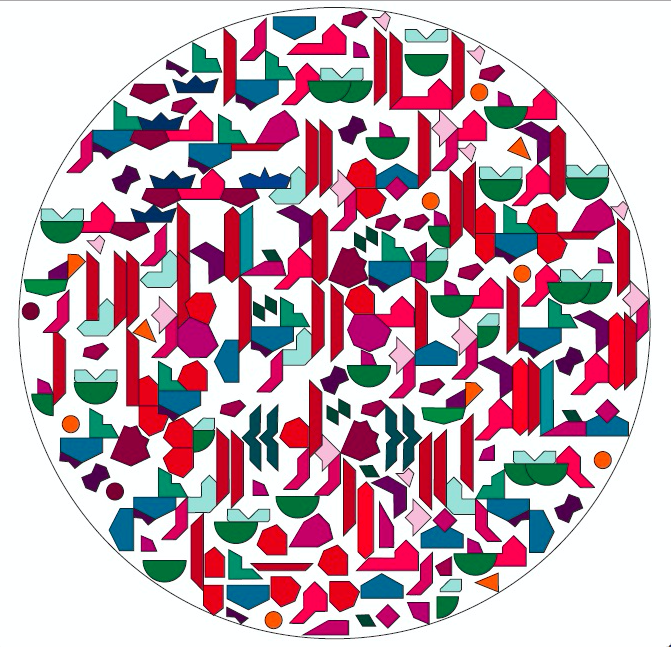 Little Syria historians, including Fine, say they are thrilled that the history of an important but little known ethnic enclave will have its legacy honored in the park.

By the early 1940s the neighborhood had mostly disappeared — most of the community was displaced by the construction of the Brooklyn Battery Tunnel, said historian Mary Ann Dinapoli, whose own Syrian-Lebanese family had connections to the community.

Despite its name, the neighborhood was actually made up of people from what was then Greater Syria — areas now including Lebanon, Israel, Palestine and Jordan — and the vast majority of the immigrants were Christian, according to historians.

The timing of the Little Syria design proposal being chosen coincides with President Donald Trump's fiercely controversial travel ban on all refugees and other immigrants from war-torn Syria, as well as the restrictions on travelers from six other predominantly Muslim countries.

Fine pointed out that immigration from Syria, and many other countries, was strictly curtailed by the Immigration Act of 1924, something that also helped decimate New York's Arab community, he said.

The historian said the recent ban led him back to a poem by Gibran, written after the 1924 immigration act and published in the English-language "The Syrian World of New York City" in 1926, called "To Young Americans of Syrian Origin" — a poem meant to inspire young people in the face of the order.

A portion of the poem reads:

"I believe that you have inherited from your forefathers an ancient dream, a song, a prophecy, which you can proudly lay as a gift of gratitude upon the lap of America.

"I believe that you can say to the founders of this great nation, 'Here I am, a youth, a young tree whose roots were plucked from the hills of Lebanon, yet I am deeply rooted here, and I would be fruitful.'"

Fine said he hopes the park will help shed light on the long relationship Arabs have had with America.

"We hope this park, and Little Syria's history, is something that inspires a deeper understanding of the long history and contribution of Arabs in America," Fine said.

A traveling exhibit about Little Syria is currently on view at Metropolitan College, at 60 West. St, where the design competition for the park was hosted. The exhibition, which is free to the public, runs through March 24.

TRUE OR FALSE? Opting Out Could Mean Big Problems for Your Child and School

Suicide Rate Is on the Rise in NYC