TRIBECA — For these "angry women," art is all the rage.

In a show called "Uprising/Angry Women," the works of more than 80 female artists, pieces created in reaction to the election and policies of President Donald Trump, are now on view at gallery Untitled Space.

The exhibit was inspired by artist and gallery owner Indira Cesarine's own feelings about Trump's rise to power.

"Many women are deeply disturbed not only by the negative stereotyping and sexist attitudes towards women that have surfaced but also the threats to roll back women's rights," Cesarine said in a statement. "The exhibit gives female artists a means to express themselves in regards to the social and political climate in America, and empower others with their visual imagery." 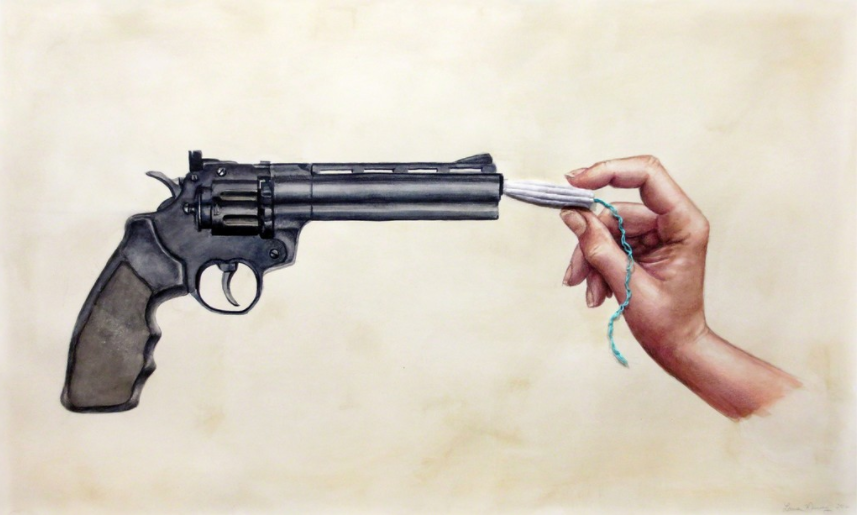 The art on display captures a range of emotion — some using dark humor, like artists Laura Murray's painting of a gun being stuffed by tampon.

The show itself is meant not just to express anger against Trump, but also subverts the idea of "angry women," of women being made to feel ashamed or dismissed for their emotions — much as "nasty woman" has become something of a proud rallying cry for many after Trump used the phrase against Hilary Clinton in a debate, organizers and artists said. 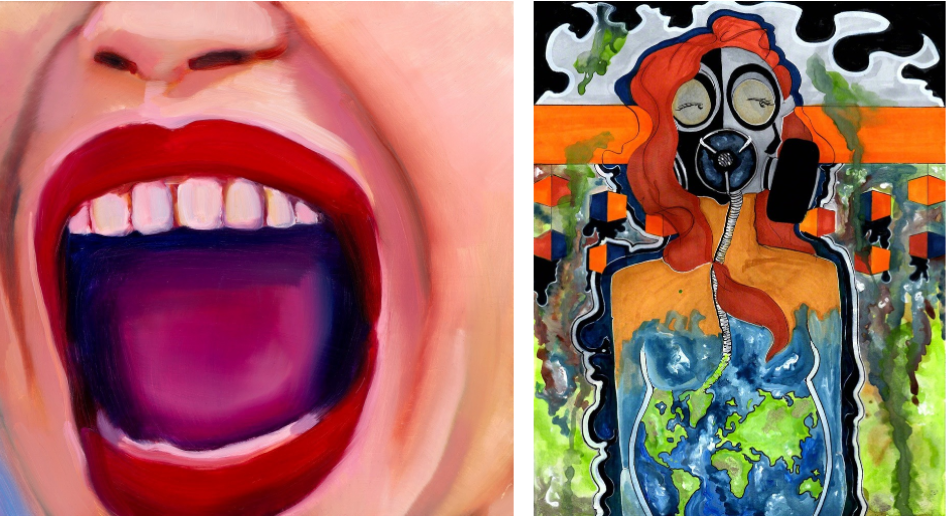 Artist Cara DeAngelis said she wanted to be a part of the show because she believes that art can help bring about change as the country faces a Trump presidency.

Her painting, called Donald Trump with a Crown of Roadkill, is just that — the president with dead animals atop his head. 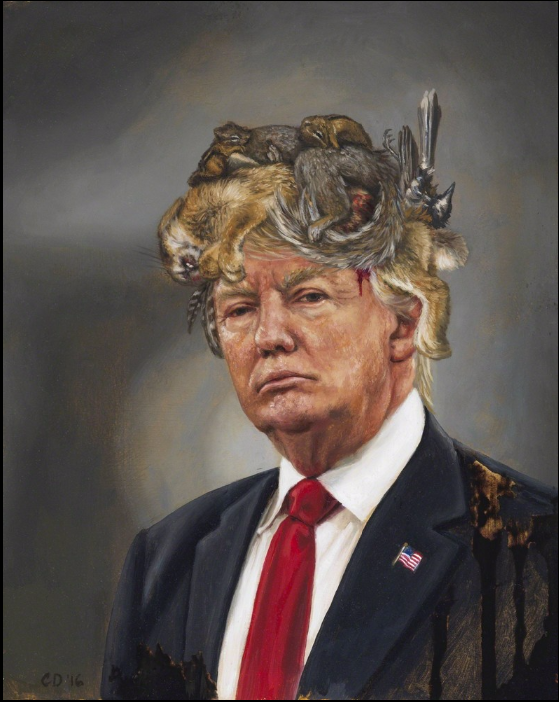 The piece was painted after the tapes of Trump saying he would grab women "by the pu--y" were made public, followed by numerous woman coming forward accusing Trump of sexual assault.

Even though "it seemed absolutely impossible that he would ever become elected President, he was elected President despite all his ineptitudes and immorality," DeAngelis said in a statement.

"I am committed to using my work as a means for social awareness and positive change, in addition to peaceful protest," she said. "Our work can make a difference."

The show is also raising money for the nonprofit the Fund for Women's Equality, with 25 percent of sales from the artwork going to the nonprofit. Pieces range from about $100 to $10,000.

The exhibit, which began last week — to coincide with Trump's inauguration, the hundreds of women's marches across the world, and the 44th anniversary of the Roe V. Wade Supreme Court ruling that made abortion legal  — will run through Jan. 28 at the 45 Lispenard St. gallery.