BATTERY PARK CITY —  Protesting "swamp-things" have a message for President-elect Donald Trump: choosing a host of cabinet picks and top advisers with ties to banking giant Goldman Sachs is no way to "drain the swamp."

The swamp motif is a parody of Trump's campaign slogan "drain the swamp," where he vowed to rid Washington of special interests and lobbyists.

At least six of Trump's advisers and cabinet picks have worked for the multibillion-dollar bank, including Steve Mnuchin, a Goldman veteran and nominee for treasury secretary, who protesters call the "Foreclosure King" — a nickname earned because he bought a bank that was known as a "foreclosure machine" in the depths of the 2008's financial crisis.

Hours before Mnuchin's Senate confirmation hearing Thursday, it was revealed that he failed to declare nearly $100 million of his assets on Senate Finance Committee disclosure documents and didn't mention his role as a director of an investment fund located in a tax haven, the New York Times reported.

Goldman Sachs itself admitted last year, after paying a $5.1 billion settlement with the federal government, that it knowingly misled investors about its mortgage-backed securities, which played a central role in the financial meltdown.

For protesters — who've set up a giant sign that reads "Government Sachs" along their little camp behind police barricades, where they have been sleeping since Tuesday night — the influence of the bank in politics, and Trump's picks specifically, are too much for lower income Americans to bear. 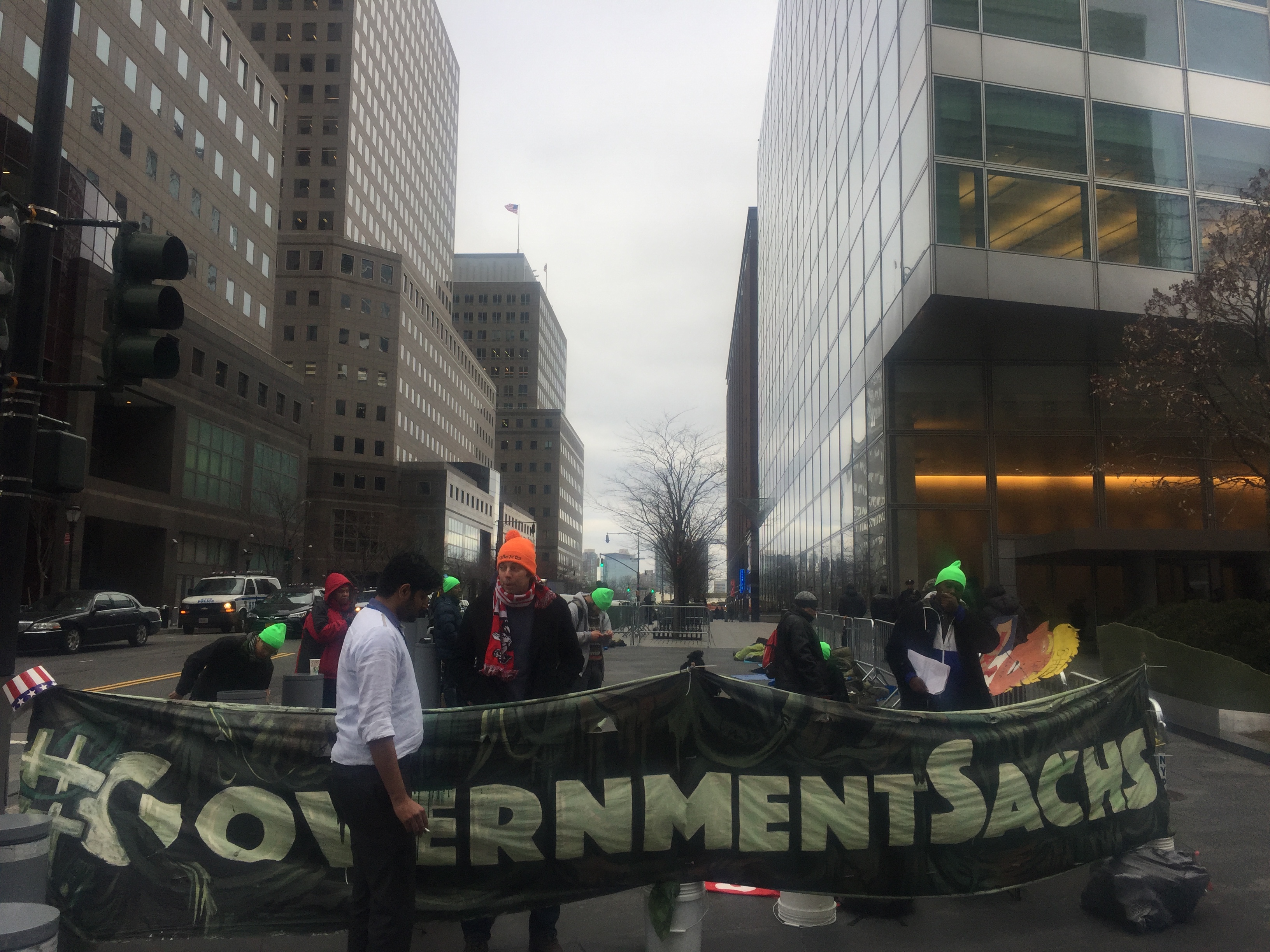 "We're here to fight Trump's terrible agenda and his hypocritical choices for leaders in his administration," said Renata Pumarol, 32, a spokeswoman for New York Communities for Change, the group that organized the "swamp camp." "He's said he would 'drain the swamp' of financial elites, of government corruption, and all he's doing is making the swamp deeper."

Protesters are calling for the halt of Mnuchin's appointment, as well Securities and Exchange Commission chairman nominee Jay Clayton and other adviser picks Gary Cohn, Anthony Scaramucci, Dina Powell and Steve Bannon, who all have ties to Goldman Sachs.

The camp will leave Friday, before Trump's inauguration, but Pumarol and others said their fight against Trump is just beginning.

"This is just the start," said protester Maria Maisonet, 57. "We'll be out in force, standing up for women, for minorities, for low-income people, for the LGBT community, we won't stop."

Cocaine and Affair May Have Fueled TV Chef's Suicide