HARLEM — Community leaders and friends of famed Spanish music DJ Jinx Paul called on the hit-and-run driver who fatally struck the father early Monday morning to turn him or herself in.

Jinx Paul, whose real name was Jean Paul Guerrero, had finished DJing a party in East New York when he crossed Jamaica Avenue to get into a cab back to Harlem. A black four-door sedan slammed into Guerrero and fled the scene.

“We are here today because this is another Christmas that will be a day of celebration for many families,  but this will not be the same for this particular family who lost their loved one,” City Councilman Ydanis Rodriguez said outside Guerrero’s home on Amsterdam Avenue near 136th Street Tuesday.

“We are gathered here because once again a drive has committed a reckless and cowardly act. They took a life on our street, then drove away into the night.” 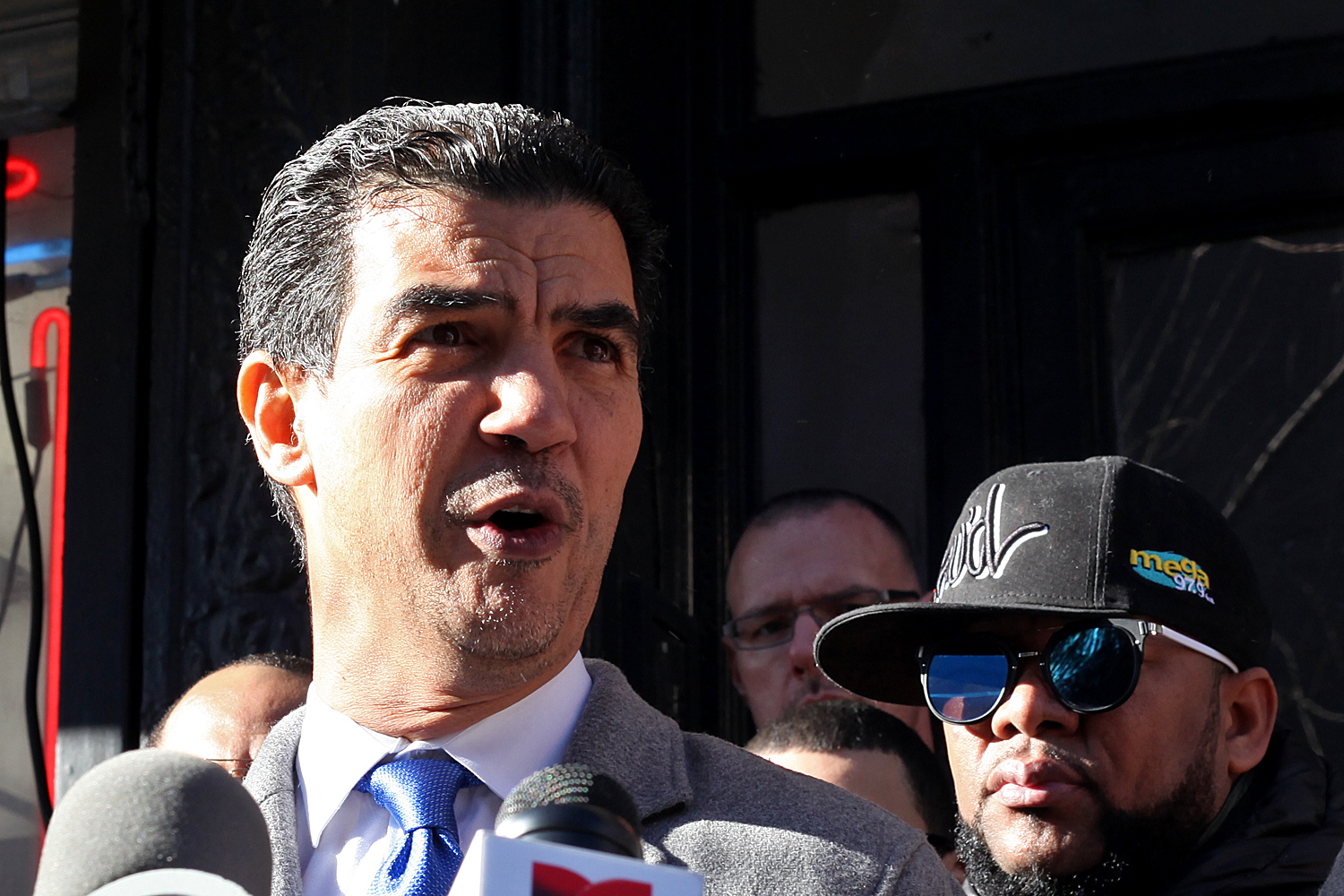 Rodriguez said he has been advocating for a bill that would make the charges for a hit-and-run carry penalties as severe as that of drunk driving.

Mega 97.9, where Guerrero was a DJ, offered a $1,000 reward for any information about the driver.

“It is a man who was filled with humbleness, happiness,” station manager Eric Garcia said. “He was the soul of our radio station, beloved by everybody.”

Guerrero left behind a 7-year-old son and his family is planning to travel from Ecuador to New York to help make funeral and burial arrangements. 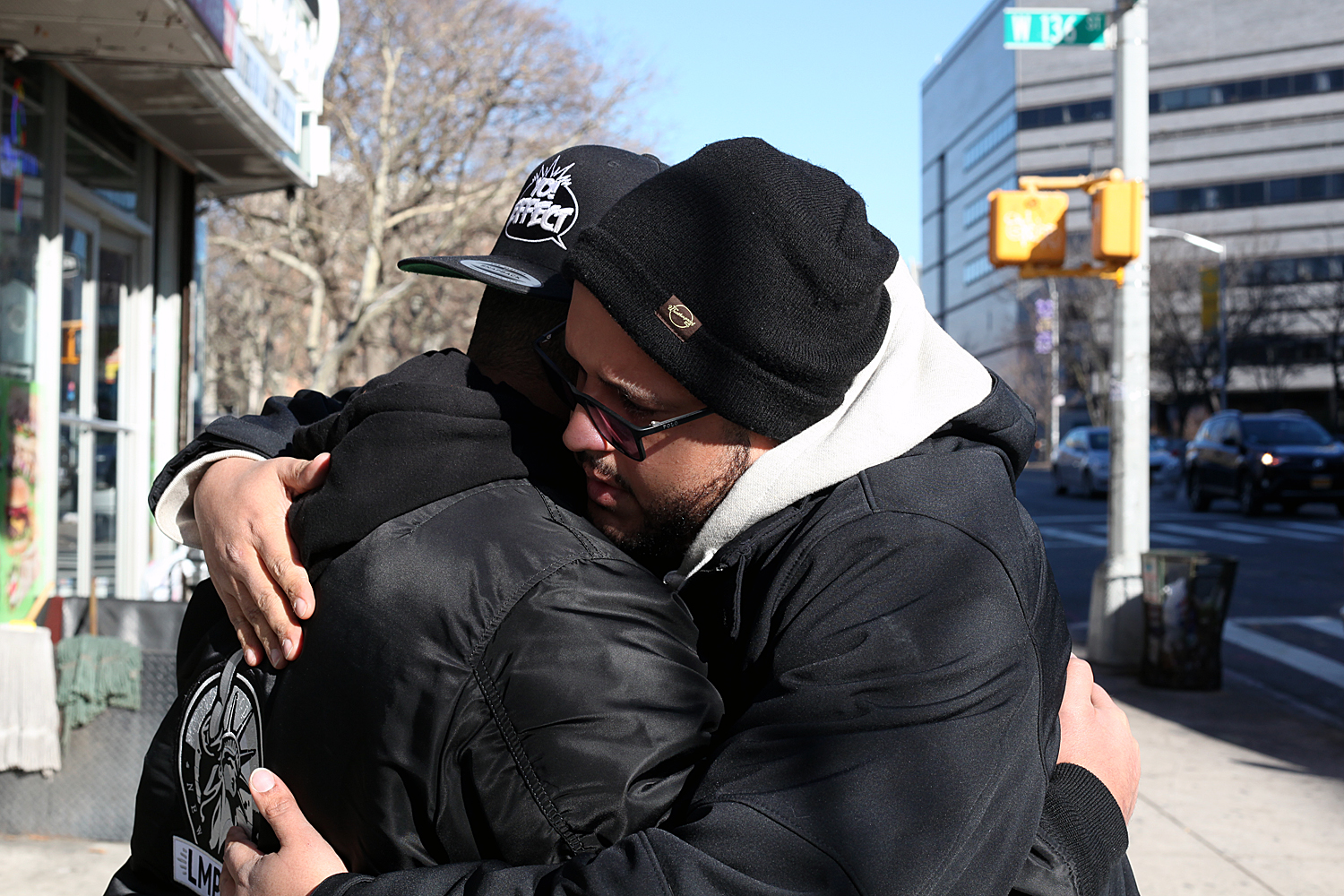 Jose Felix, 27, (left) embraces a friend after the death of his friend DJ Jinx Paul, who was fatally struck by a hit-and-run driver in East New York, Dec. 20, 2016. (DNAinfo/Ben Fractenberg)

Jose Felix, 27, told DNAinfo New York that Guerrero helped console him after his father passed away.

“Jinx just loved everybody,” Felix said. “He literally squeezed every drop out of life possible.”